Many will ask the perfectly sensible question “Why would you want a rifle in a pistol caliber?” But going back in time one of Ruger’s past carbines in a pistol caliber, a Ruger .44 Magnum Carbine, had a place in my rifle trunk. There are times when if you are going to shoot in a fairly populated area it is not going to be at all desirable to take along your 30-06 with its ability to lob projectiles considerable distances across the countryside and with its distinctive deep neighbor worrying boom. There are times and places where you want decent stopping power, but not an excess of noise, nor a caliber that can drop a wild pig at 300 yards; just one that can drop a pig at 100 yards and that sounds rather like a shotgun. 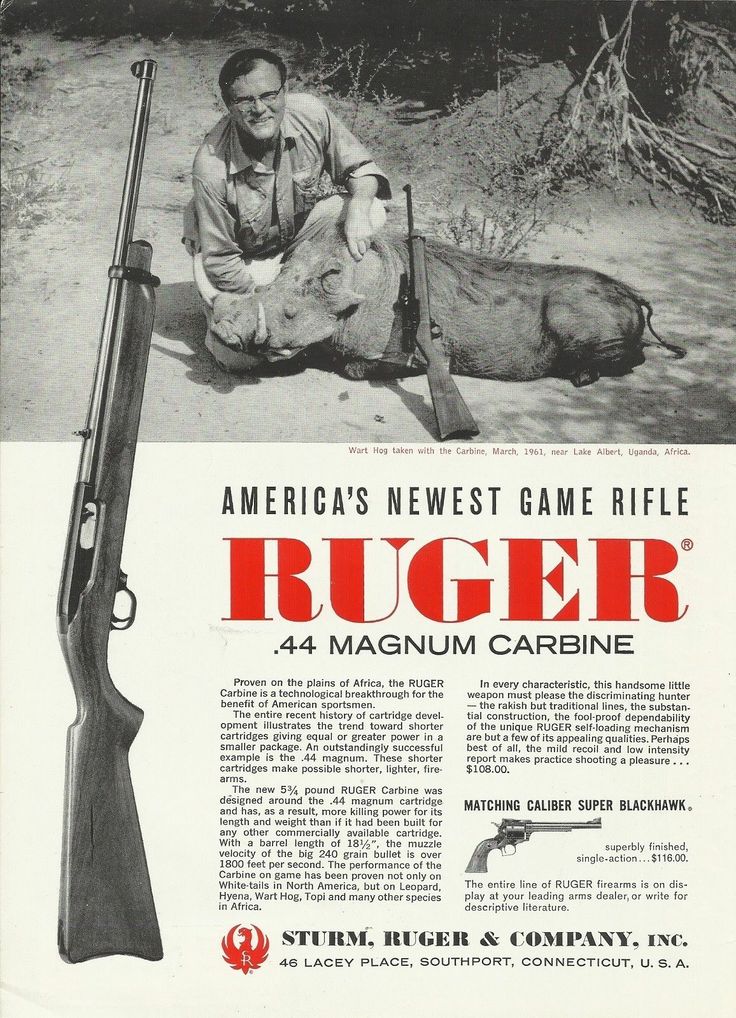 Ruger’s .44 Magnum Carbine was a good little rifle and it worked on game such as wild pigs very nicely provided the range was kept within about one hundred yards. (Picture courtesy Ruger).

Pistol and revolver cartridges work well in handguns but they work even better in a rifle, and they are much quieter. The extra length of the rifle barrel not only provides a significant increase in the velocity of the handgun cartridge but it also quietens it down; a .44 Remington Magnum or full charge .357 Magnum packs a substantial dose of boot and boom coming out of a 6″ handgun barrel, but is a much quieter and more docile item in an 18″ barreled carbine. 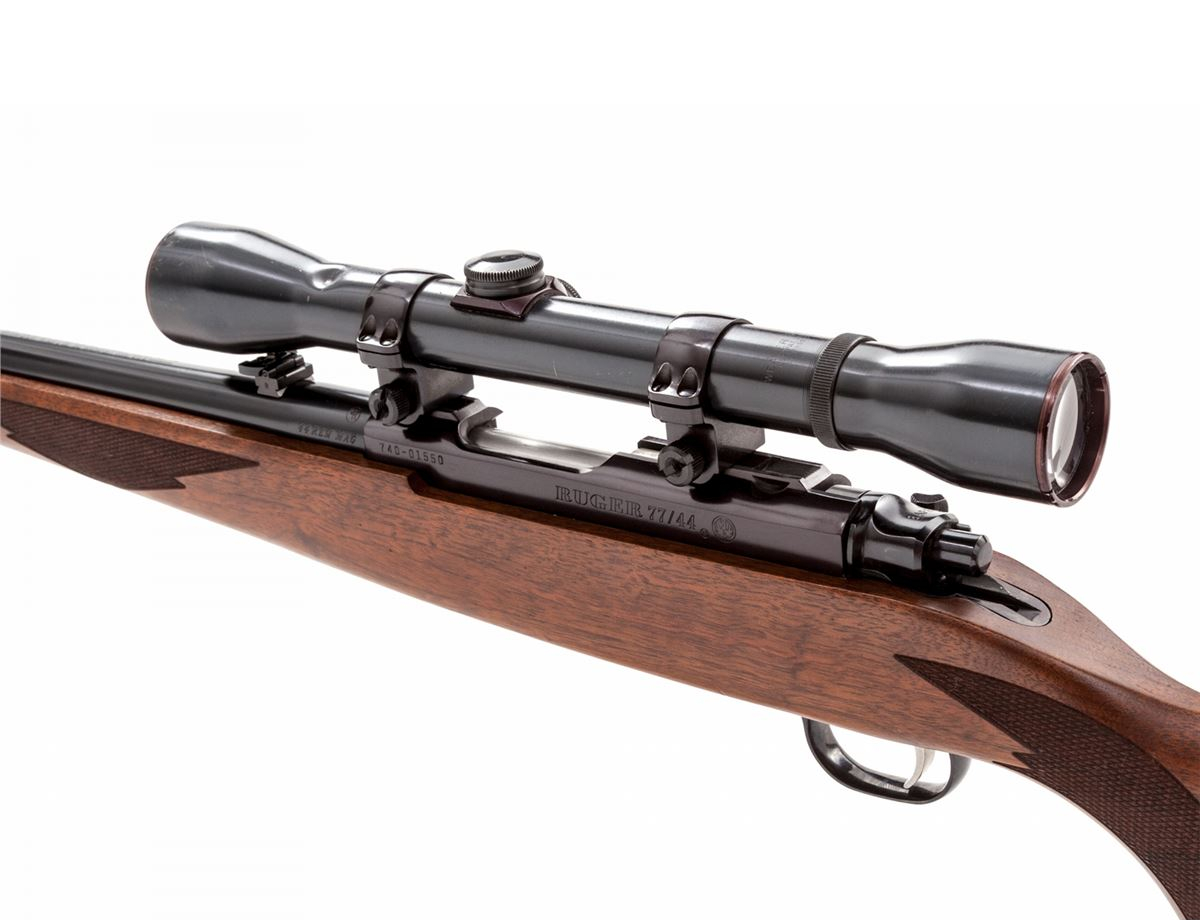 Left side view of the Ruger 77/44. This Ruger 77 has the detachable Ruger rotary magazine and is chambered for the .44 Remington Magnum. This rifle is also made in .357 Magnum. (This picture and the feature image at the head of this post courtesy icollector.com).

I spent many years living in Asia on an island where the wild boar roamed free and it would have been a perfectly delightful weekend activity to head into the thick bush and acquire a tasty young piggy for an afternoon barbecue perhaps accompanied by a nice wine and followed by port and cigar. Sadly although that activity could have been safely accomplished with something like the current model Ruger 77/44 in .44 Remington Magnum the local constabulary were not at all happy about people having rifles so they could enjoy the free fresh pork.

But if you are in an area where the game is accessible and you can legally hunt, but you can’t use a typical hunting rifle such as a 30-06, then Ruger are making their bolt action Ruger 77 both in .44 Remington Magnum and also in .357 Magnum. So for those who prefer a bolt action rifle over a lever action or pump action this could be a very attractive rifle.

Over on YouTube hickok45 has the opportunity to shoot one of these Ruger 77’s in .357 Magnum. We have that video review below:-

Click here to go to the Ruger Rifle search page where you can search for the Ruger 77 bolt action in the caliber of your choice; you will find both .357 Magnum and .44 Magnum available.

The Ruger 77/44 is a short and lightweight rifle with mild recoil; ideal for hunting in areas where a full power rifle would not be a good idea. (Picture courtesy icollector.com).

The other Ruger rifle that is available in .44 Remington Magnum is their fabulous No. 1. The Ruger No. 1 is a rifle that has built up quite a fan club over the years and with good reason. Bill Ruger’s design builds on the tradition of the British Farquharson single shot rifle but incorporates improvements that make it arguably one of, if not the best single shot rifles ever made. Ruger currently list their No. 1 as being available from Lipsey’s in .44 Remington Magnum and it is made in the Light Sporter style ideal for close in stalking in medium to thick cover. 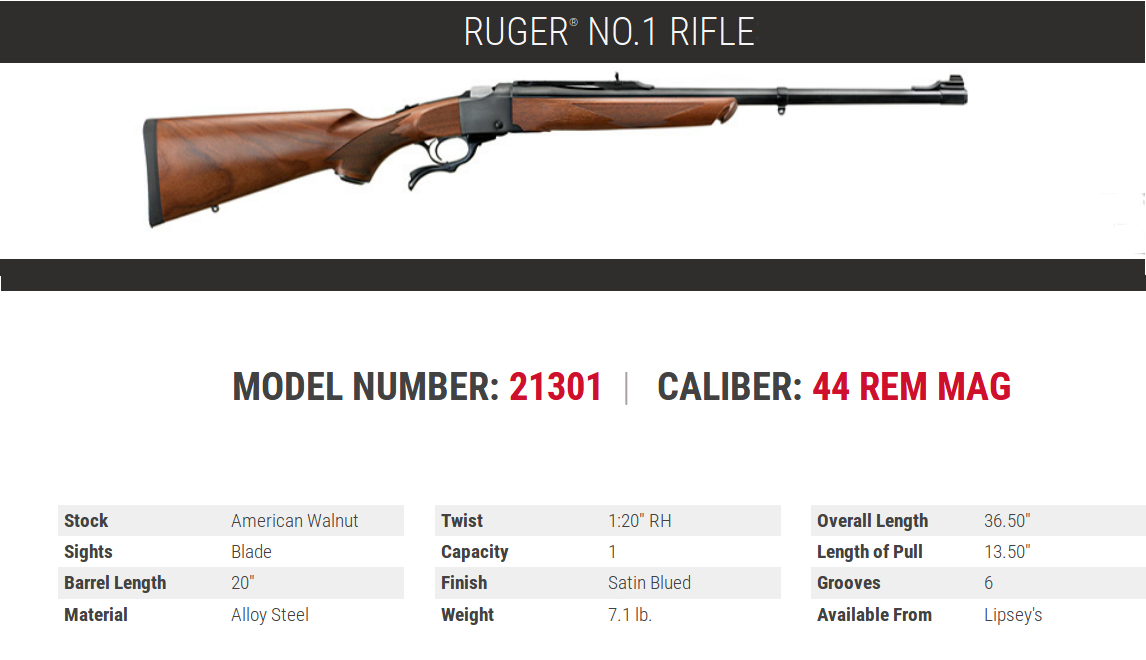 The Ruger No. 1 Light Sporter in .44 Remington Magnum has a 20″ barrel which will get the maximum ballistic advantage from the .44 Magnum. (Picture courtesy Ruger).

Sometimes we are able to use our full power hunting rifle but sometimes we are in situations where we need something that produces a much smaller danger area and that is about as noisy than a 12 gauge shotgun. For times such as those many hunters opt for a lever action or pump action rifle in something like .357 Magnum or .44 Magnum. Ruger gives you a couple of other options; the bolt action Ruger 77/357 and 77/44, and the single shot No. 1. What you choose will really come down to personal taste but these rifles from Ruger are well worth a look. 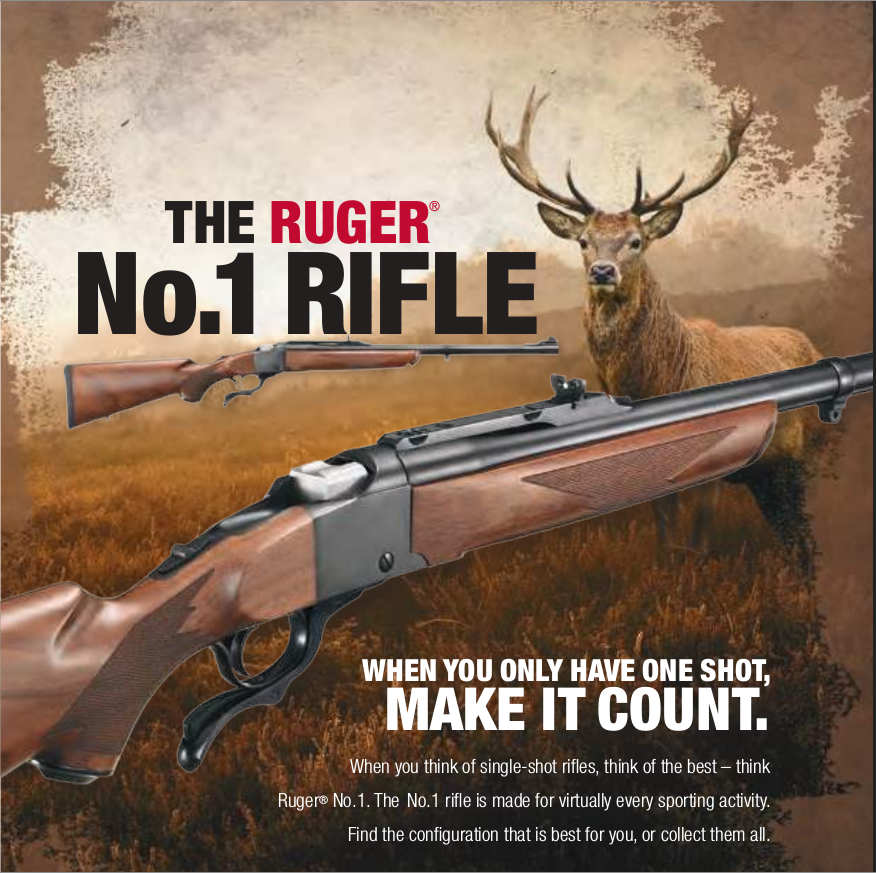