I’d been using various American rifle scopes by Leupold, Weaver and Burris for years before I discovered Kahles from Austria. At the time I was setting up a rifle for low light shooting, often at extended ranges, so I splurged on a Kahles 8×56. It was the beginning of a love affair – if you can actually be in love with an inanimate object. I was influenced to try the Kahles based on word of mouth advice from experienced shooters. It was expensive, and it was worth it. Out in the field it just stayed bright as the sun set and the twilight dimmed towards night. I continued to use Leupold glass on my range shooting rifles, especially my benchrest rifle; but I became a devotee of optics from Austria from that point on.

Kahles describe themselves as “the world’s oldest riflescope manufacturer”. The company began in 1898 and, by all accounts, have been in the business of making the best rifle scopes for the last one hundred and sixteen years. 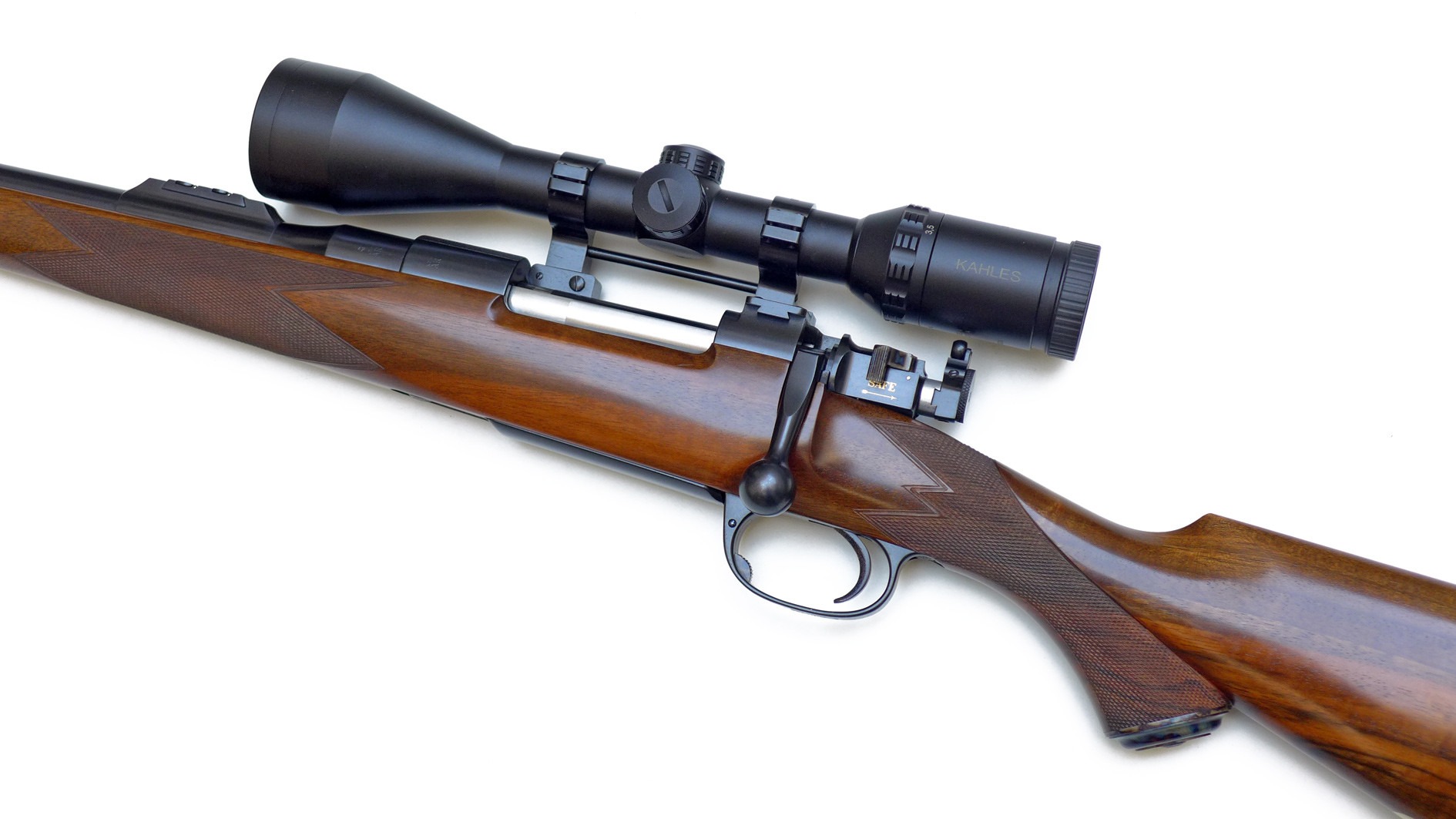 Kahles scope on a 275 Rigby rifle. (picture courtesy of africahunting.com)

The current line-up of telescopic sights offered by Kahles is intended to provide a scope to suit any application one might be involved in, be it hunting, target shooting, military and police. You can download their current catalog here. 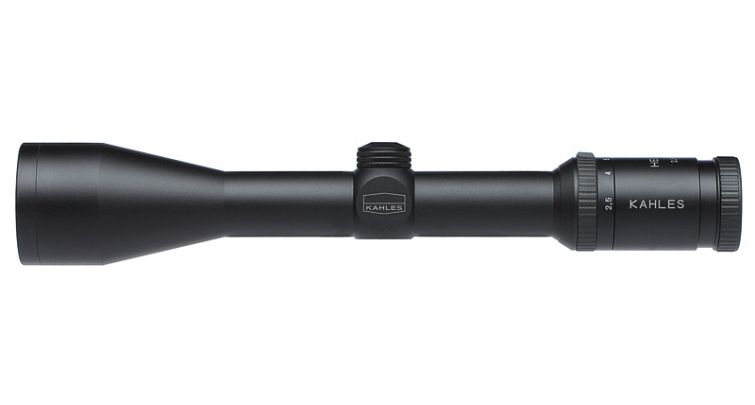 My personal choice for a hunting scope for a general purpose rifle would be the 2.5-10×50 Helia C. This scope combines a wide field of view with high magnification being available for longer shots. I would tend to mount this scope in detachable mounts such as those from EAW. If I’m going to be hunting in thick cover where the 2.5x magnification would prove to be too limiting I’d prefer to slip the scope off and use open sights. If I’m getting into snout rubbing distance with some wild piggies then I don’t want to have to use a scope, I want my full peripheral vision available. 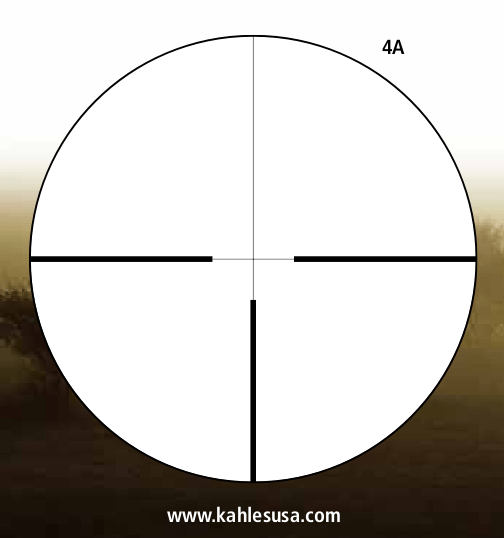 For those who prefer glass that works beautifully at short to medium ranges then the Kahles K15i 1-5x24mm will be for you. This offers a whopping 127 foot field of view at 100 yards which should nicely accommodate any too close for comfort encounters with natures wild things. This scope features an illuminated G4b reticle so it is near perfect for evening and even moonlight shooting where required. 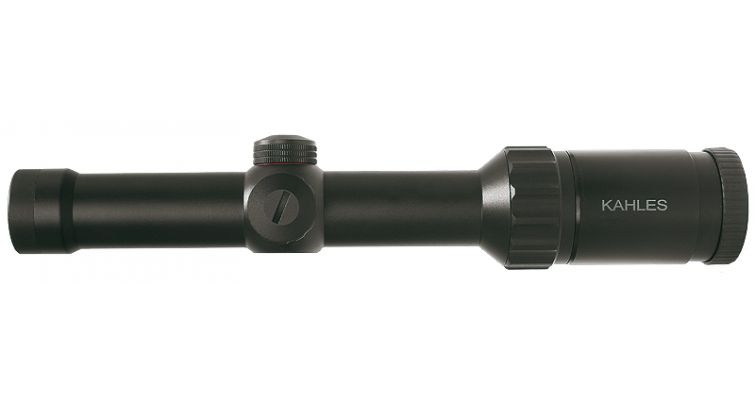 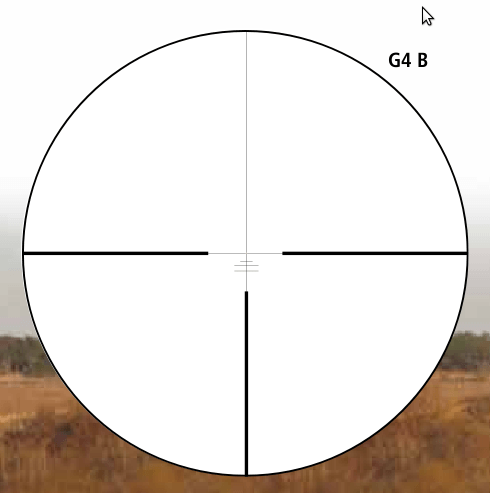 The illuminated G4b reticle of the K15i 1-5x24mm riflescope.

For precision target and longer range shooting there are the Kahles Competition K 6-24×56 TT 4A / Mil 1 Reticle which also serve for military and police applications. These are illuminated and come with either the MSRKi or  AMR reticles. 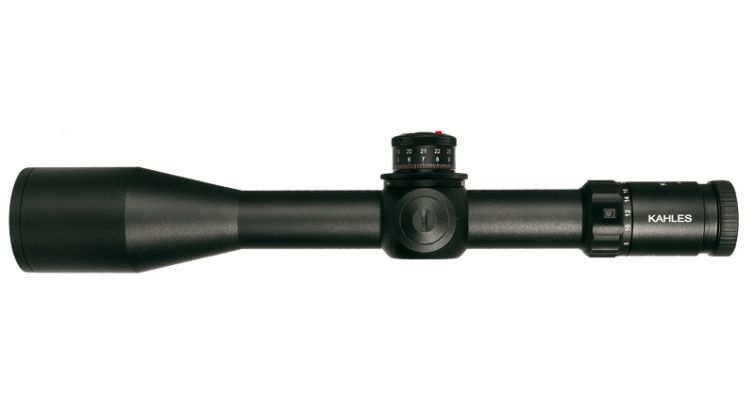 For the ultra precision aficionados Kahles make their K1050 10-50x56mm, yes, you did read right, this scope offers up to 50x magnification. So this scope will not just show you every bullet hole appearing in your 200 yard bench rest target but you should be able to see the legs on any fly that tries to masquerade as a bullet hole. This scope also provides a 56mm objective lens so it will suck in light in exactly the way a vacuum cleaner tries to suck in the tail of your pet cat. I haven’t had the opportunity to try 1000 yard benchrest competition but my guess is I’d want this scope on any 1000 yard benchrest rifle I decided to build. It would have been wonderful on my old 220 Russian benchrest rig. 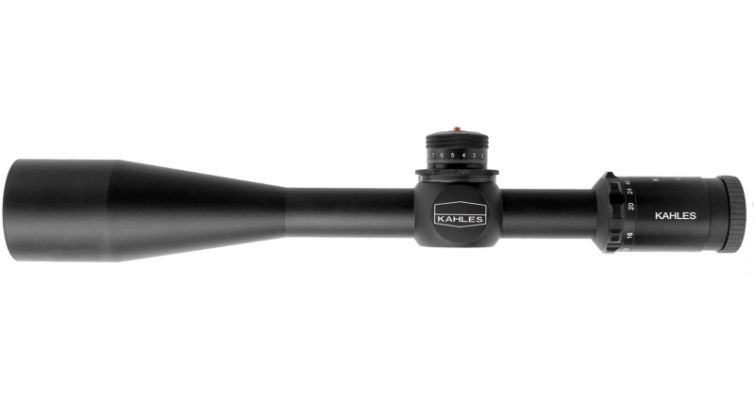 All in all there are ten different models of Kahles riflescope available in the US and some other models available elsewhere. I’ve featured a few I think are interesting but you may want to have a look at all their offerings to pick out something that’s just right for you.

My Kahles 8x56mm served me well for years and at one point endured a drop onto the concrete floor of a benchrest range. I was heading off for a hunt the next day and the scope had acquired an ugly dent in the eyepiece housing. Expecting Murphy’s law to apply I put the scope back onto the rifle using it’s EAW mounts and proceeded to check the zero. It was bang on, unmoved, and I was a happy camper. After the hunting trip I returned the scope to Kahles and in due time received it back looking as good as new.

Kahles riflescopes offer unrivaled optical quality in a rugged package. They are well worth checking out. 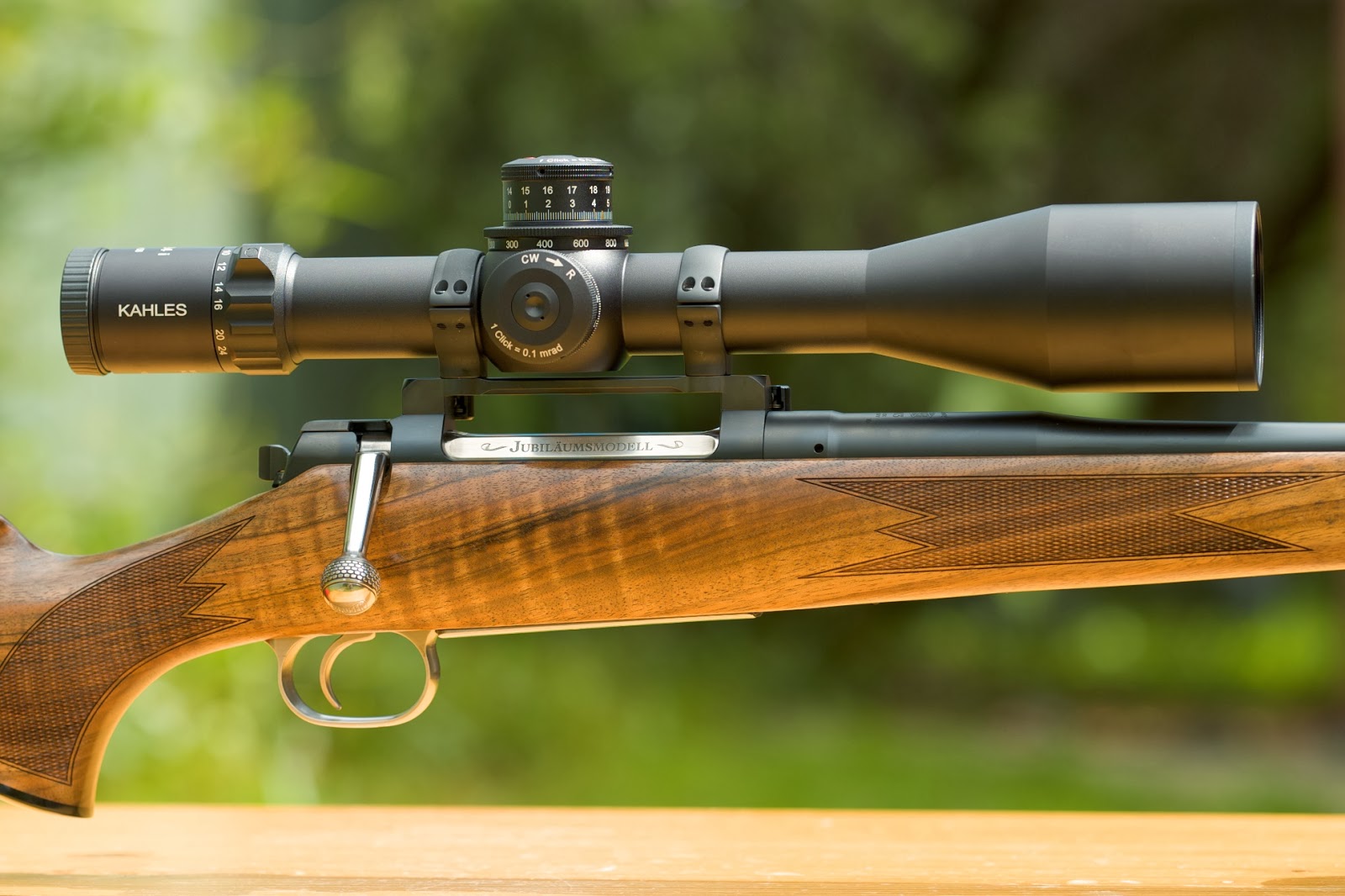