The Cogswell & Harrison Certus rifle design was an attempt by London gunmaker Edgar Harrison of Cogswell & Harrison to create a bolt action rifle of purely British design. The bolt action rifles being sold by the London and Birmingham gun trade around the turn of the twentieth century were almost universally based on Mauser, Mannlicher or Lee action designs. Edgar Harrison decided that it was time for something completely different and he set about designing his own bolt action that was distinctly different. He completed his design and applied for a patent on it in 1900. He titled his patent application “Improvements in Rifles” and when he lodged it on 1st March 1900 it was given patent number 4097. Edgar Harrison’s design was for a bolt action rifle that did not have a bolt enclosed by a receiver in the way the Mauser, Mannlicher and Lee actions do. His design is more similar to the much later Mauser 66 designed by Walter Gehmann six decades later. 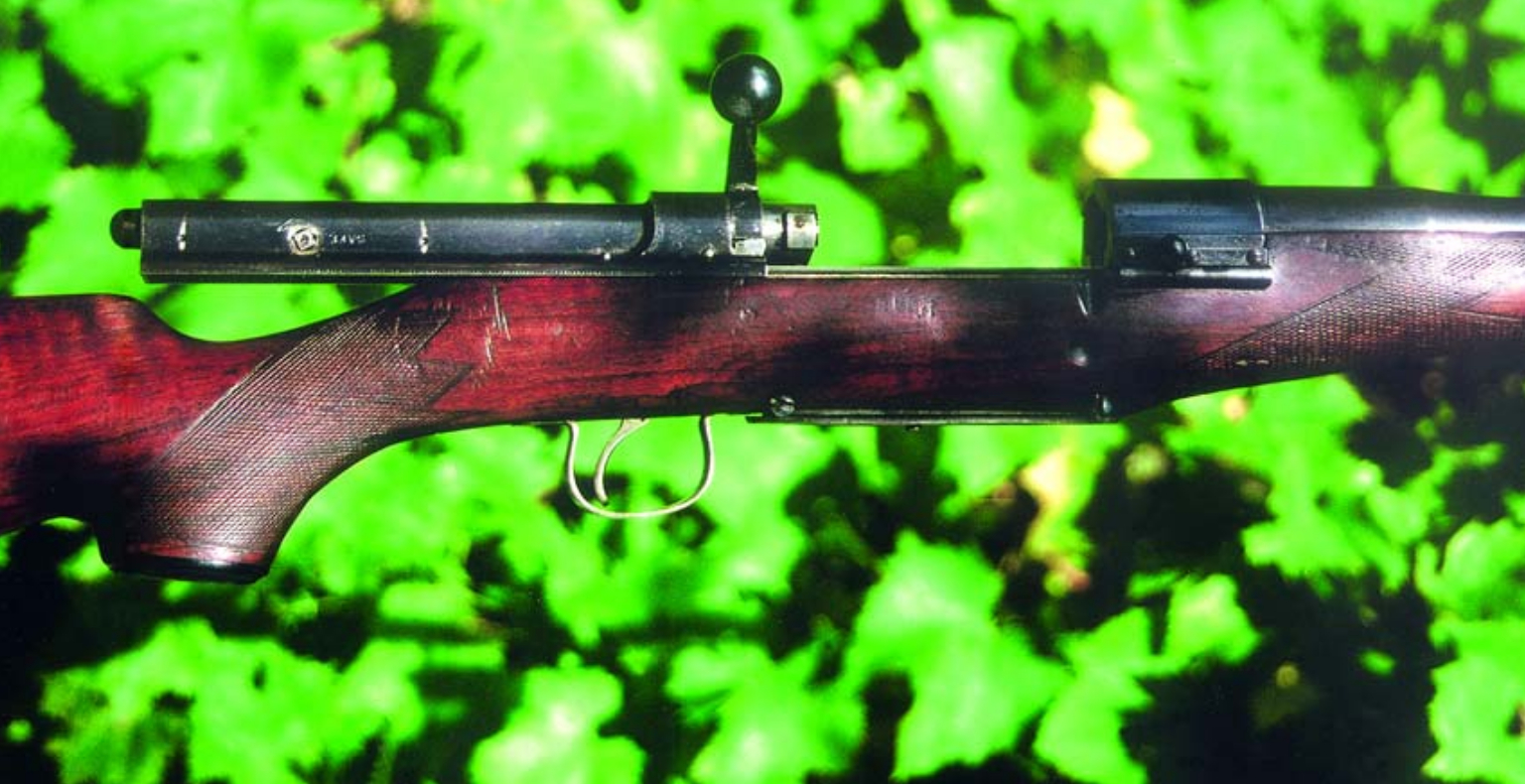 There are similarities between the Certus rifle action and the Mauser 66 that was created sixty years later. The Certus has a short bolt contained in the slide and the slide itself is cycled to eject the fired case and chamber a new cartridge. (Picture courtesy Dr. John Newton and Country Illustrated).

Edgar Harrison’s rifle has a slide, a bit like the slide of an automatic pistol, and it is moving that slide back and forward that ejects the spent cartridge case and chambers a new one. The slide itself does not lock the action however. Quite like the Mauser 66 the barrel is screwed into a receiver ring and that receiver ring contains the locking lug recesses. As can be seen in the picture above the slide contains a short bolt with two front locking lugs and it is that short bolt’s locking lugs that lock the action closed when the action is closed and the bolt handle lowered. 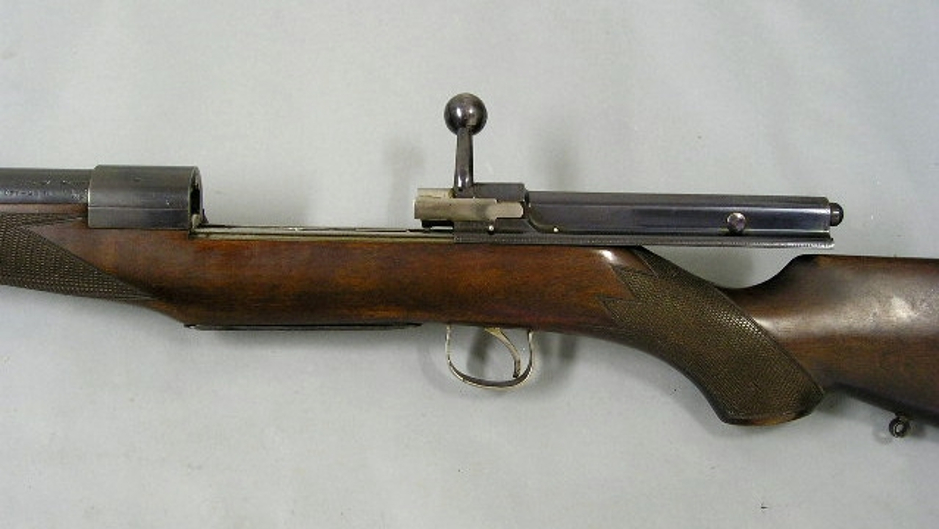 Left side view of the open action showing the large claw extractor. The Certus ejects to the left. (Picture courtesy gunauction.com).

In the 16 second video below from axelschneider100 we can see the Certus rifle in action.

Cogswell & Harrison made the Certus in a wide range of calibers from the diminutive “Rook” calibers for small game up to the 450/400 3¼” Nitro Express and the 450 Nitro Express. Surviving Certus big game rifles are mostly chambered for the 450/400 3¼” but any Certus rifle is going to be a rare bird. Not a great many were made and consequently not many survive to the present day. The 450/400 3¼” and the 450 Nitro Express were big rimmed cartridges originally designed for double rifles and black powder before they were changed over from gunpowder to Nitro around the end of the nineteenth century. These large rimmed cartridges were too big to fit into standard Mauser or Mannlicher actions nor would a Lee action be able to accommodate them. So if we turn the clock back to the year 1900 the actions of choice for someone wanting a rifle that was capable of dropping an African Cape Buffalo, hippo or elephant would need either a single shot Farquharson rifle or an expensive double rifle. Farmers in places like Africa would not have the money for an expensive double rifle. But these farmers wanted and needed an affordable rifle with second or third shot “life insurance”. Edgar Harrison’s rifle delivered exactly that, three reliable shots with a wide open breech that was easy to load and clear.

In this close up of the Certus we see the detachable box magazine that holds three large 450/400 3¼” cartridges. the safety catch is visible at the rear of the slide. The word “safe” is upside down in this view because a shooter would be looking down onto the action and so this is the correct way up. (Picture courtesy gunsinternational.com).

Cogswell & Harrison’s Certus big game rifle was an excellent design and it was an intelligent solution to the problem of providing a lower cost heavy caliber repeating rifle. The window of opportunity for the Certus to succeed was not to be long however as big game calibers that would fit into a Mauser action were developed in those early years of the twentieth century including the .416 Rigby and .505 Gibbs in 1911, the 375 Holland & Holland Magnum in 1912, and the .500 Jeffrey around 1920. Good as it was the Certus did not prevail against the expensive Farquharson falling block rifles and the expensive double rifles hence the rarity of surviving Certus rifles today.

Cased Cogswell & Harrison Certus in 450/400 3¼” for sale by user rookhawk on africahunting.com.

The rifle in the above picture is for sale on africahunting.com. To visit the page click here.

Another listing for Certus in 450/400 3¼” on GunsInternational.com.

Cogswell & Harrison did not only make a big game version of the Certus but also smaller versions for the British home small game market. 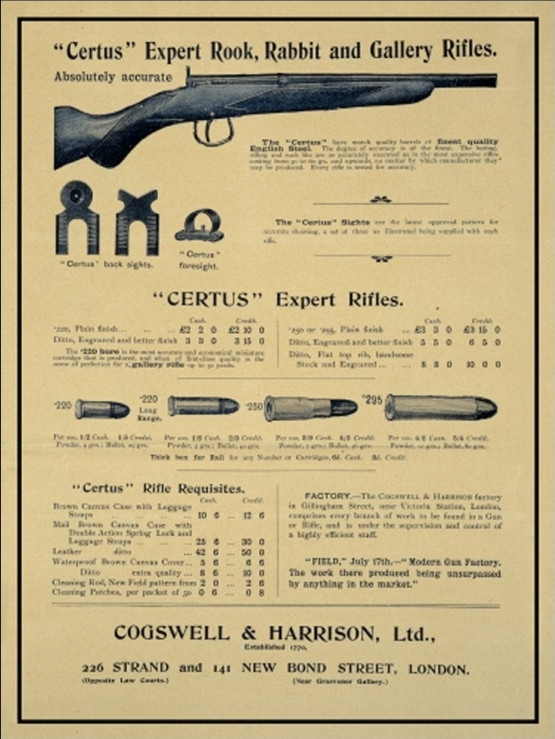 These rifles are simply smaller versions of the big game rifle and are light and handy small game rifles. The small caliber Certus was also made in target shooting versions. 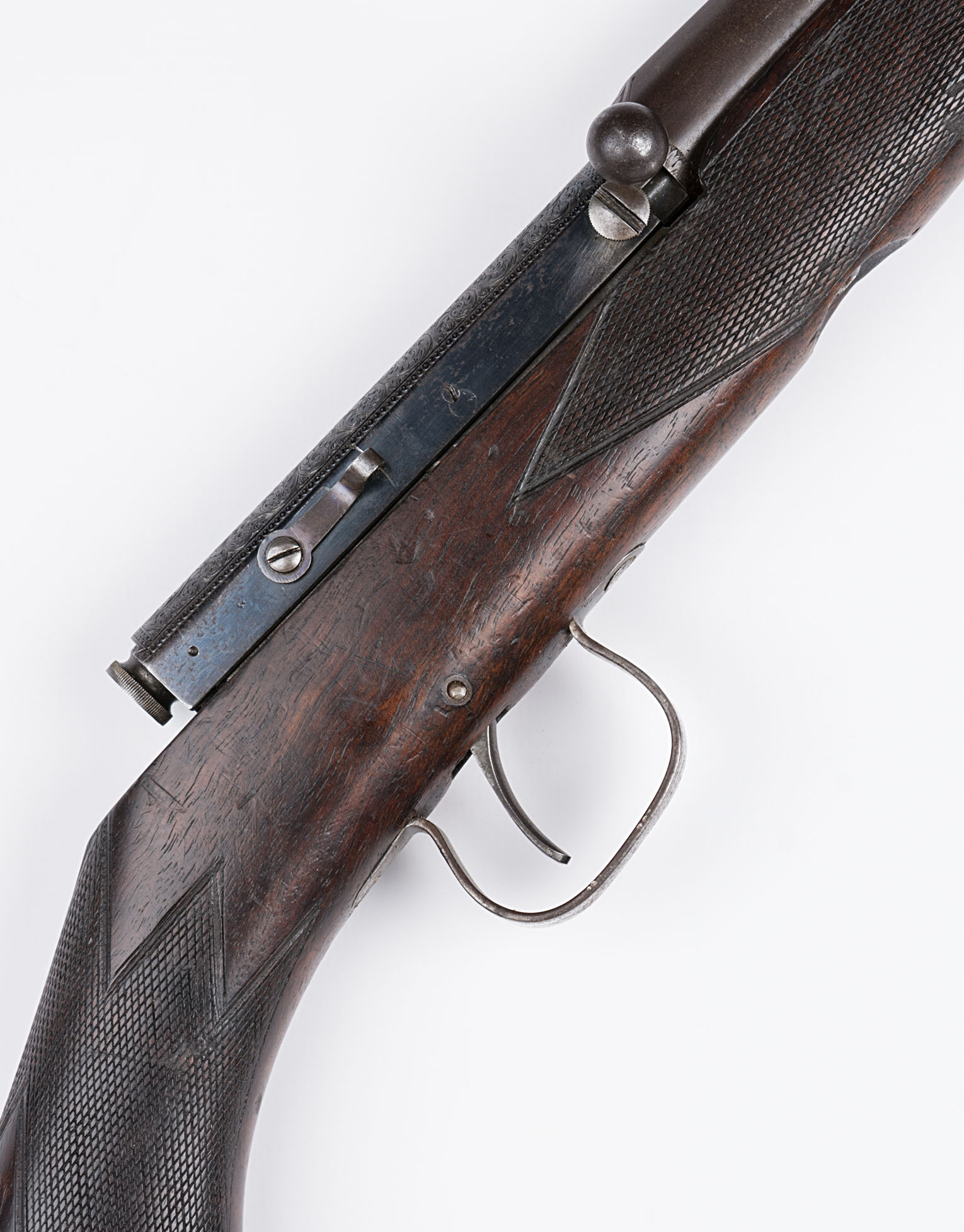 The rifle pictured above is for sale by Giles Marriot if you click here.

The various models of the Cogswell & Harrison Certus rifle from the turn of the century occasionally turn up for sale. They are an interesting oddity and are certainly collectible, and often shootable.

For a video overview of a Certus big game rifle see the video below from UnitedStatesOfGuns.

Cogswell & Harrison are still in business making guns and rifles. They have recently introduced a new small caliber rifle that carries on the Certus name. It looks to be based on the excellent CZ (BRNO) action and you will find it on their website if you click here.