I gave away my copy of Elgin Gates “Trophy Hunter in Asia” many years ago when I was moving to Asia with my family and had to make some hard decisions about my hunting and shooting library. Happily all the books went to good homes, just not my home any more. The move came at a time when I had been heavily involved in the conservation debate and protection of the right to hunt and fish. As a part of that involvement I’d become aware that the “conservation” movement that I was dealing with had been infiltrated and largely taken over by the animal rights movement and that consequently the issues were no longer about sustainable populations, protection of habitat and preservation of endangered species. Instead the focus of the debate was on notions of “cruelty” and on the “right” of the animals to life.

I had to get into reading the roots of the philosophy that had convinced these activists so completely in order to be able to evaluate the truth, or lack thereof, in what they were saying. So I got into reading “Animal Liberation” by Peter Singer and “The Case for Animal Rights” by Tom Regan. As both books put forward the same basic message you may only want to read one of them; the Tom Regan book sums up the philosophy pretty succinctly. It can basically be summed up in the notion that animal rights are equal to human rights. Therefore, according to Tom Regan in “The Case for Animal Rights”,, it is no more moral to eat a cow than it is to eat your own grandmother. My thought on this is I would love to bring together Tom Regan, Peter Singer, and Charles Darwin and let them try to argue this whole thing out. Darwin’s understanding of the natural order is summed up as the “survival of the fittest” whereas Singer and Regan are determined to argue for the survival of every sentient being. Suffice to say I emerged from reading these books understanding that the “conservation” movement was coming under the influence of a philosophy which was and is something of a Disneyfied version of Buddhist philosophy. It certainly wasn’t about conservation, wildlife management, or protection of habitats.

Though I’ve never actually engaged in trophy hunting I think I understand the root motivation and part of my getting that understanding came from reading Elgin Gates “Trophy Hunter in Asia”.  I think trophy hunting is at its best if it is about the hunter being personally challenged. If you choose to engage in a hunt in which your guide puts you in a place where you can  shoot your big game animal, then that’s good if the large amount of cash you are paying for that hunt is being invested in the habitat and the animals you have gone to shoot. That is a strategy that tends to ensure that habitat is protected, in real money terms it generates more income than, for example, subsistence farming, and as long as that money is going to provide jobs for local people and sufficient income then pressure to convert game reserves into farms will be reduced and hopefully eliminated. However, for the trophy hunter that kind of escorted shoot is not really likely to provide the real challenge that the serious trophy hunter looks for.

Trophy hunting only really comes to life when you as the hunter have to put yourself in a place where you are being challenged and stretched in order to make that “shot of a lifetime”. There has to be personal sacrifice and risk involved. Ernest Hemingway catches the spirit of this when he says “Bull fighting,, auto racing and mountain climbing, these are sports. The rest are just games.”. If your trophy hunt doesn’t put you in a situation where you have take risks that might just cost you dearly, perhaps with some mountain climbing thrown in, then it likely isn’t as challenging as you would really like it to  be. In Gates story of his search for an Argali ram we get these elements put together. There is mountain climbing involved, and instead of a bull to fight there is a Chinese border patrol to avoid (remembering that Gates was hunting in the period of China’s Cultural Revolution). An example of people who really embrace this challenge are the Sambar deer stalkers of south eastern Australia. They may go out hunting for years without the right opportunity to take a deer of the quality they are looking for. But if or when that opportunity does present itself then the shot that’s taken, the effort in caping out the head and carrying back to camp etc. all mark the right culmination of those years of effort. This is something you can’t get an animal liberationist to understand, it’s beyond them, just as Darwin’s notions of survival of the fittest seem to be beyond them.

If you have the financial resources to go trophy hunting then I hope you will read Gates “Trophy Hunter in Asia” to catch hold of the spirit of what it really should be about. And I also hope that the money you are pouring into your hunt will be going into the conservation of the species you are hunting and for the protection of the habitat they depend on. Your guide will look after you, and remember the person who capes out your trophy for you. I’ve caped out trophies for others, it’s a job that requires patience and much care. And I hope your trophy will bring back fond memories of the challenge, and of the people who helped you experience it. You can also rest assured that the money you have put into your hunt has done far more to protect the habitat and wildlife population than any of the political activism the animal liberationist “conservationists” will ever contribute. 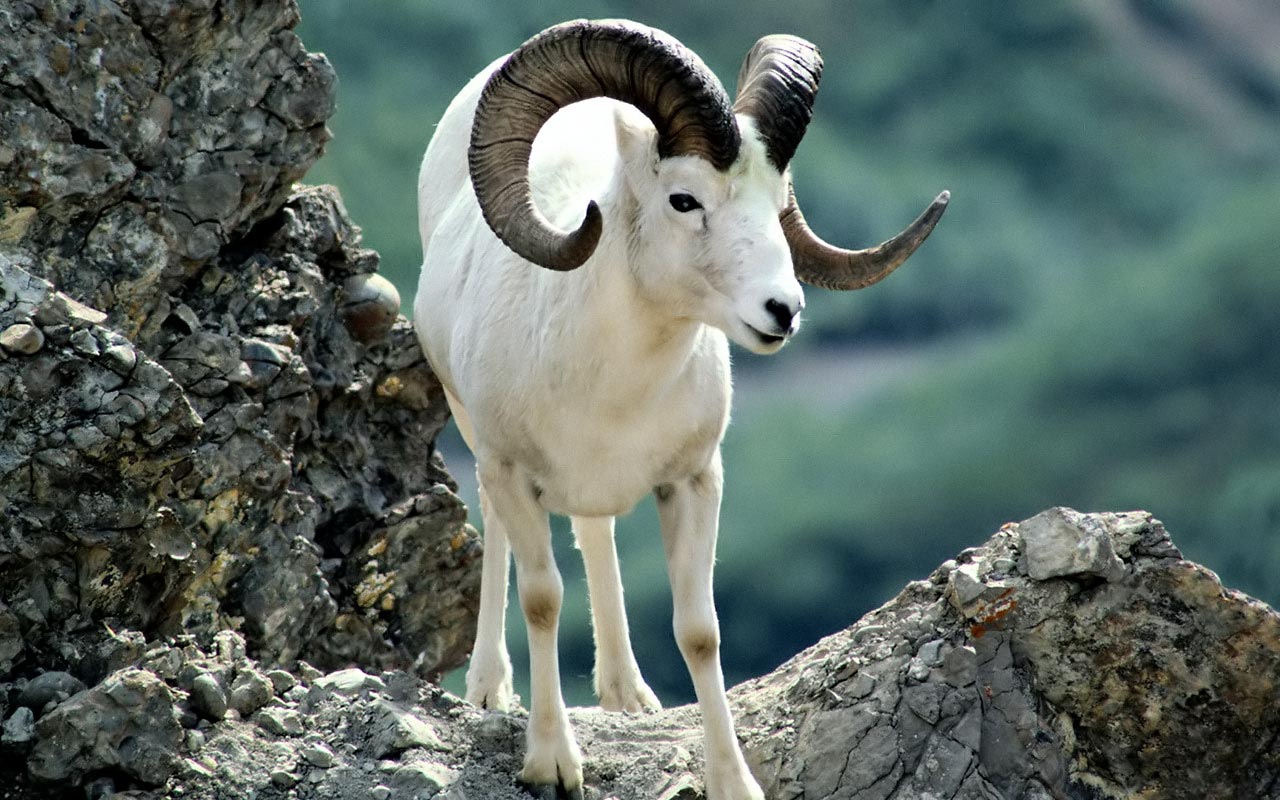 Argali Sheep. A prized trophy because of the level of difficulty in taking one.