This 1935 Riley 12/4 “Imp” Special is one of the most attractive vintage Rileys I’ve seen simply because of the sheer enjoyment potential it offers. Though the car has been modified from original to create a sports “Imp” model it is a superb vintage car and one that lends itself to being driven and enjoyed.

This particular “Imp” began life as a Riley Falcon and was modified beginning in 1981 with the wheelbase being shortened to 96″, the radiator moved back and the chassis lowered. The differential was replaced with a more modern MGB unit altering the differential ratio to 4.35:1, and aluminium bodywork fashioned over an ash frame. The interior is green leather complimenting the pretty “Brooklands Green” paintwork. The wonderful Riley twin overhead camshaft engine has been re-built and fitted with twin SU carburetors and a four branch exhaust manifold.

This Riley is fitted with a Wilson pre-selector gearbox so it is a little different to a conventional “crash” gearbox as one might expect to find on a car of this vintage. To drive it, in simple terms, the gear lever is moved into the next required gear position without depressing the clutch. When the pre-selected gear is required the clutch is depressed and then released to engage it.

My 1946 edition of “Motor Driving Made Easy” published by the Autocar Technical Staff describes the operation of the Wilson pre-selector gearbox so I’m including this as a bit of a “HOWTO” for anyone who is lucky enough to be allowed to try one out. The instructions from 1946 are as follows:-

“We find in the first place, no gear lever at all – apparently. The hand brake is tucked away on the right, and there are still the familiar three pedals. Beneath or above the steering wheel, however, is a “quadrant” – a flat housing from which protrudes a short lever. On the upper face of the quadrant are marked the signs 4 3 2 1 N R, and when the driver moves the lever down he can feel it click successively into the notched positions which these letters and numbers represent.

N and R, of course, stand for neutral and reverse. The numbers apply to the forward gears.

Just as with a normal car the gear lever is always left in neutral, so with this is should be at N whenever the car is at rest. Having satisfied ourselves that this is so and having also fully depressed and released the left-hand pedal, we can start the engine and investigate the Wilson control. We shall see in a moment why it was necessary both to check the position of the lever, and to press and release the clutch. A true clutch is nowadays often fitted to cars having this gear; the clutch may be of the ordinary pedal operated plate variety, or it may be an automatic “traffic clutch” – a fitting that makes no demand on the skill of the driver but “takes up” automatically.

With the engine running , the lever is clicked into the position marked 1. The clutch pedal is once more fully depressed. The emphasis is important.

We now release the clutch, gradually and evenly, at the same time accelerating the engine and exactly as the car wants to move we take off the hand brake. We must remember not to be disconcerted by the fact that the clutch pedal comes back beyond the position it occupied when the car was at rest.

It will at once be seen that the essential difference in the Wilson control lies in the gear being, as the name indicates, “pre-selected” before the clutch is even touched.

Actually the clutch pedal performs, in its upward movement, the real engagement of the gear. If a foot-operated clutch is fitted, the pedal controls this during the last inch or so of its upward travel.

This should make it apparent why it was not enough to satisfy ourselves that neutral has been genuinely engaged – otherwise the act of pushing the started control to operate might have resulted in the car abruptly moving forward – or backward!

As soon as the clutch has been released and the car is under way, the lever can be moved into position 2, or that which will obtain second gear. When sufficient speed has been gained, the clutch pedal is depressed and released smartly, thus bringing second gear into use, care being taken to avoid any suggestion of jerkiness or uneven movement. Immediately third gear is pre-selected’ and the same process applied later to top gear.”

The Autocar staff note that the advantage of the Wilson pre-selector is the speed and ease with which a gear can be engaged and caution against rough handling. (reference: “Motor Driving Made Easy, by the Autocar Technical Staff, published by Iliffe and Sons Ltd., 1946, Ninth Edition.)

This little Riley comes with a tonneau cover and a frame for a soft top but does not have a soft top included. 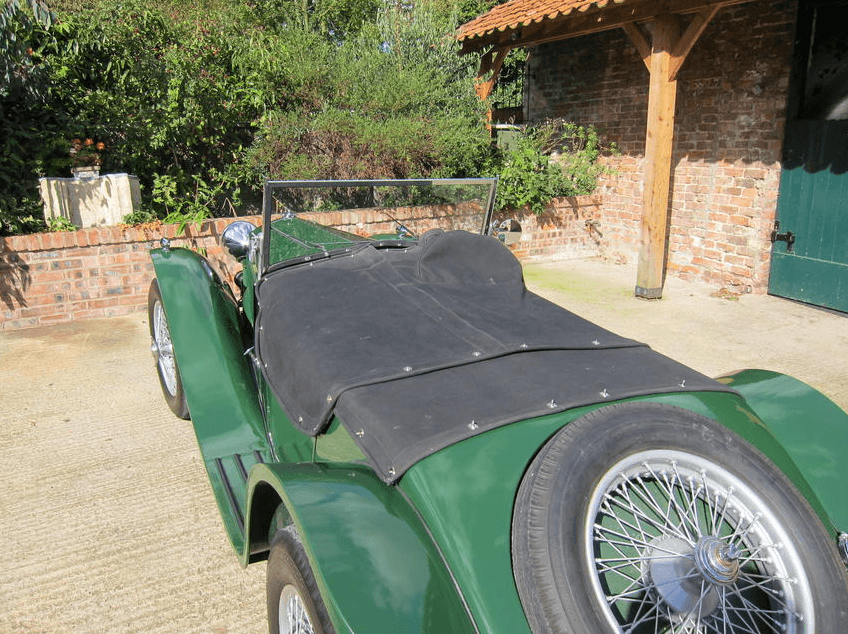 This is an absolutely beautiful car and, as it is re-built for driving with a current MoT/tax it presents a genuine opportunity to venture into the enjoyment of vintage car motoring.

Full details can be found here. 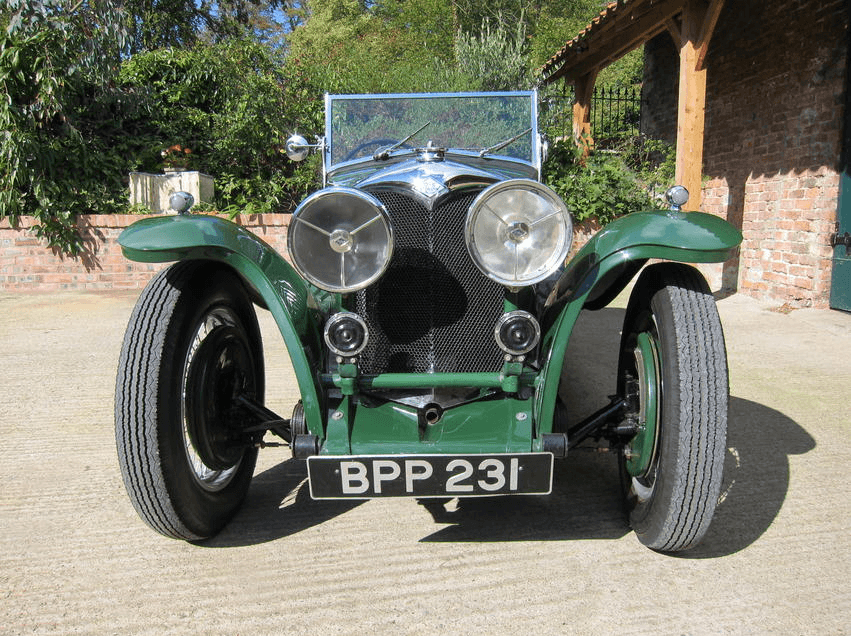