The initial production Series 2 cars were fitted with computer touch controls and LED displays. However the engineering of the technology was not up to the task and proved to be prone to failure. (Picture courtesy Wikipedia).

When Aston Martin put the Aston Martin Lagonda into production it was an attempt to manufacture and sell what should have stayed a concept car. But the seventies was a time of basking in the glory of putting men on the moon, basking in the artistic creativity that was pervasive in music, art and design. Much of that adventurous creativity produced results that people recycle and copy even today. Creativity in car design is good as long as it is built around excellence in ergonomics and functionality – and sadly Aston Martin did not do that in the first iteration of the Aston Martin Lagonda. 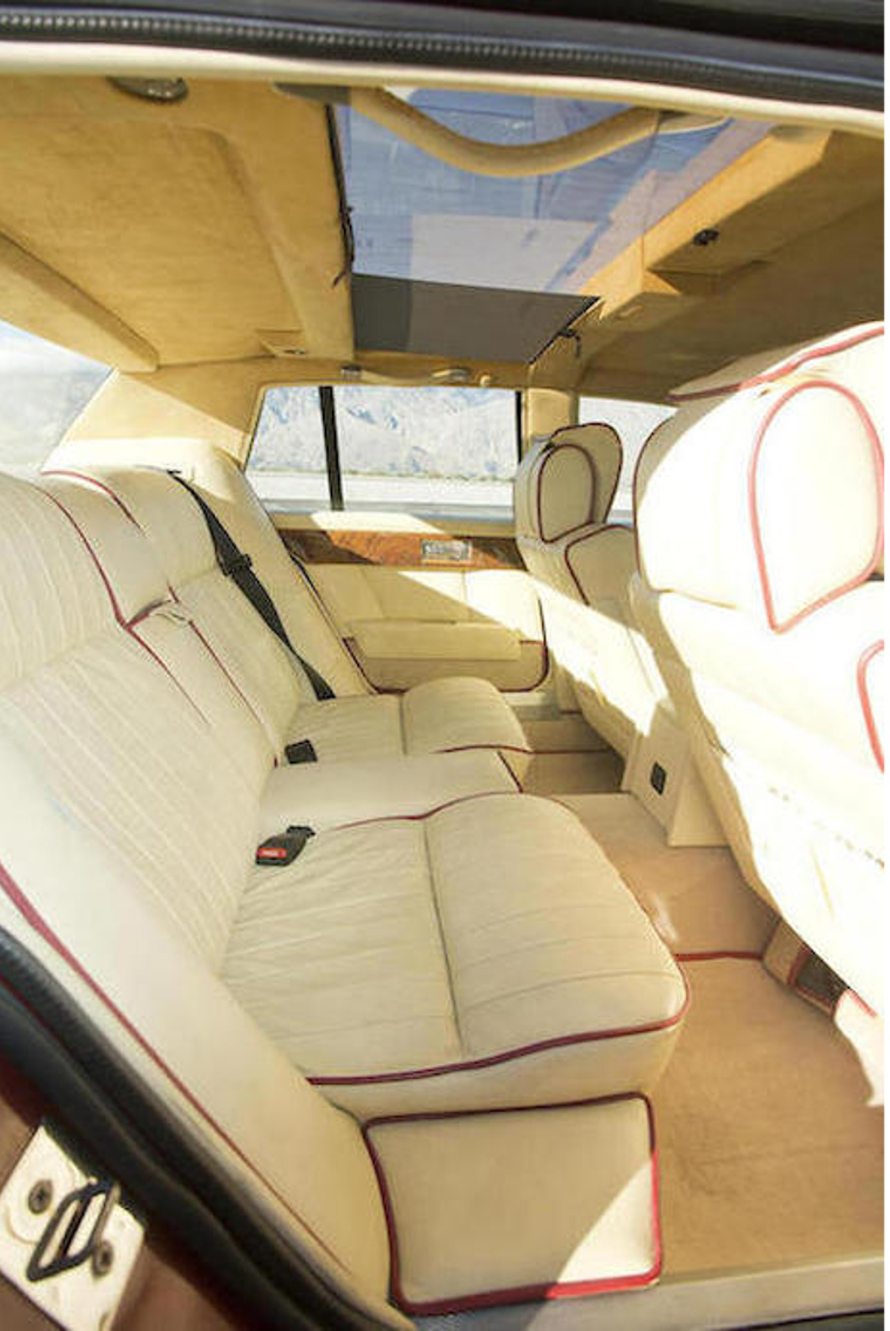 Rear leg room is somewhat inadequate and not what one would expect in a luxury four door sedan. (Picture courtesy Bonhams).

So fixated were the design team at Aston Martin on the aesthetics of this car that practicalities such as providing decent rear leg room, and rear windows that could be fully opened, were just not high on their priority list. This was a car whose big selling point was its appearance. 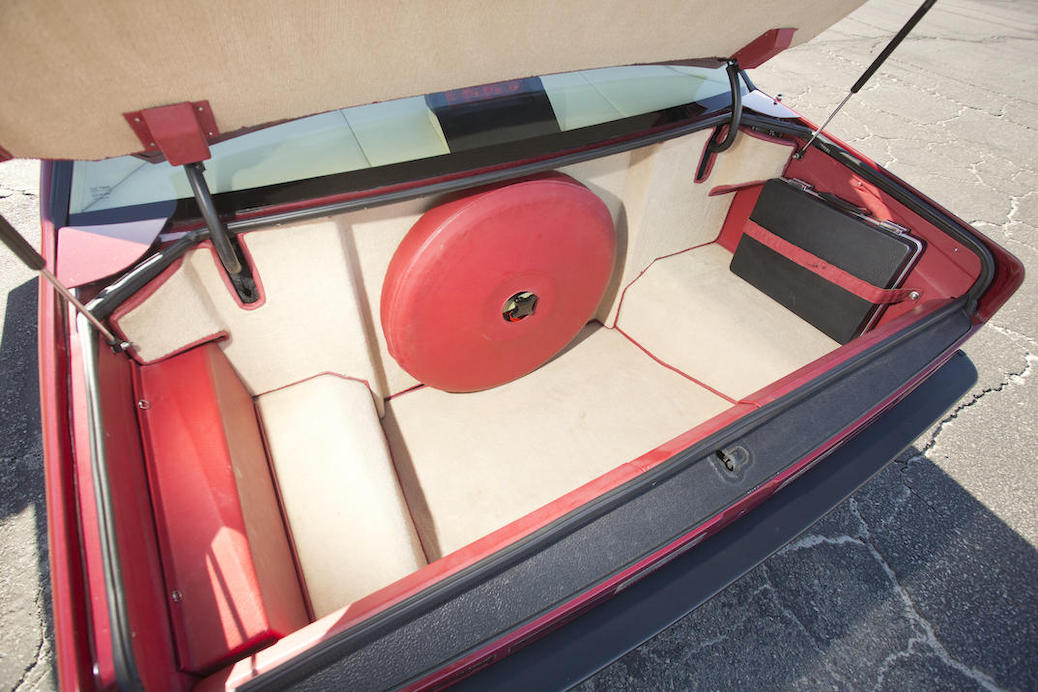 With rear windows that could not be fully lowered air conditioning was necessary for the Aston Martin Lagonda. Boot space was similarly limited and not really practical for four people going on a road trip for any length of time.

It strikes me as odd that the design team at Aston Martin even seriously considered using touch controls for a car. A driver needs to be able to locate the interior controls by touch, he or she does not need to be looking down to find a control. The switches and buttons need to be tactile. Touch buttons are OK on lifts/elevators and electronic calculators, but they don’t belong on a car dashboard. The only thing they do is to look radical, modern and pretty.

By the time we get to the Series 4 cars, such as the one we are featuring in this post, the touch controls and the failure prone LED displays had been consigned to the scrap heap along with the equally failure prone plasma displays of the Series 3 cars, and at long last the Aston Martin Lagonda Series 4 was given a dashboard that worked both technically and ergonomically. 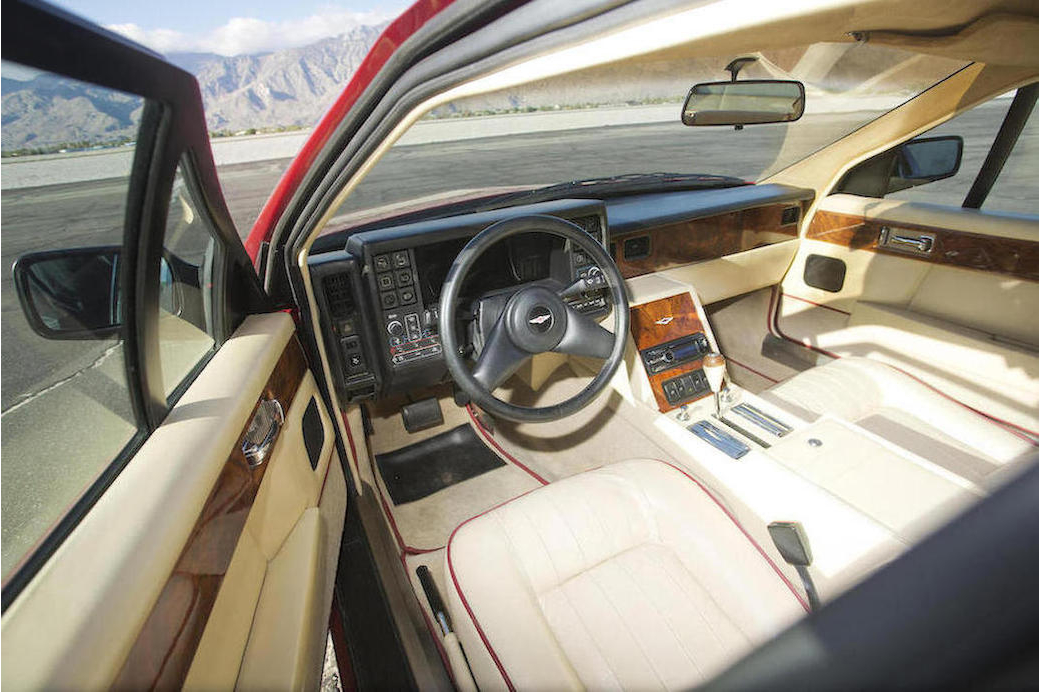 The Series 4 cars such as our feature car were fitted with sensible dashboard controls and instrumentation that is tactile and that works. (Picture courtesy Bonhams).

The engine of the Aston Martin Lagonda was a 5,340cc DOHC V8 engine fitted with Weber-Marelli fuel injection and developing 289bhp at 5,000rpm. Transmission was a 3 speed Chrysler Torqueflite. That’s a nice amount of power and it was needed as the car tipped the scales at 2,023 kg (4,460 lb). Top speed was listed as 149mph and the standing to 60mph took 8.8 seconds. 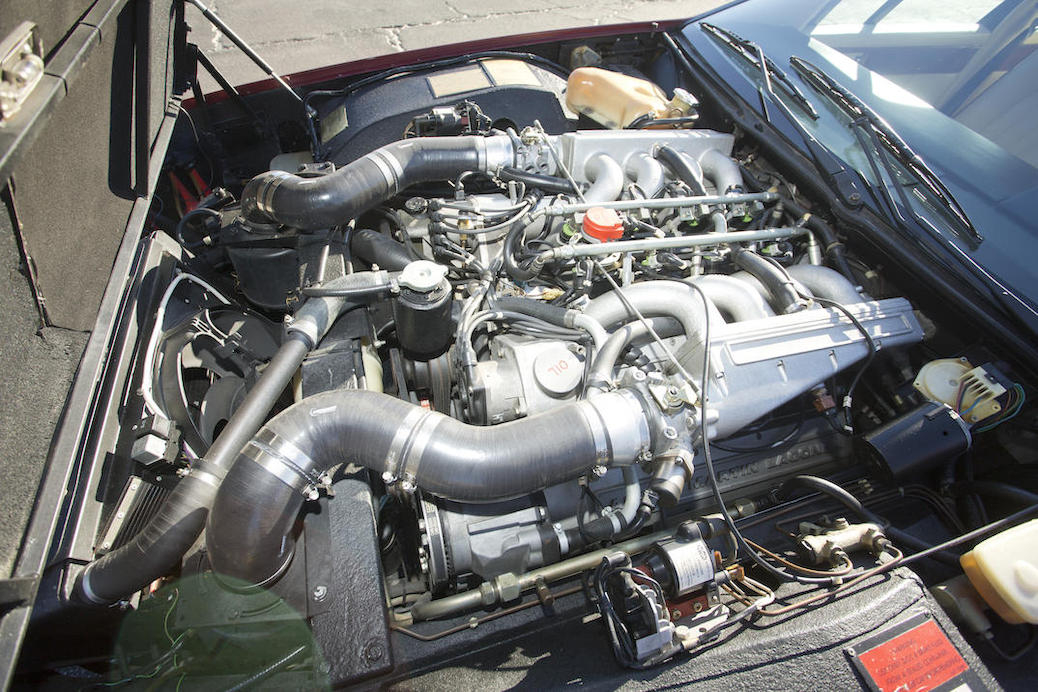 One is greeted by quite an impressive sight when one opens the engine bay. (Picture courtesy Bonhams).

Fuel consumption tended to be single digit however so the car needed frequent and expensive visits to the gasoline pumps. Given its quite astronomical new price of £49,933 in 1980, bearing in mind you could purchase a decent house or two for that in 1980, it was almost as costly as a Rolls Royce Corniche and had less rear leg room and a smaller boot. However, all that practical stuff aside if you parked the Aston Martin Lagonda and a Rolls Royce Corniche on Hollywood Boulevarde guess which one would draw the crowd? 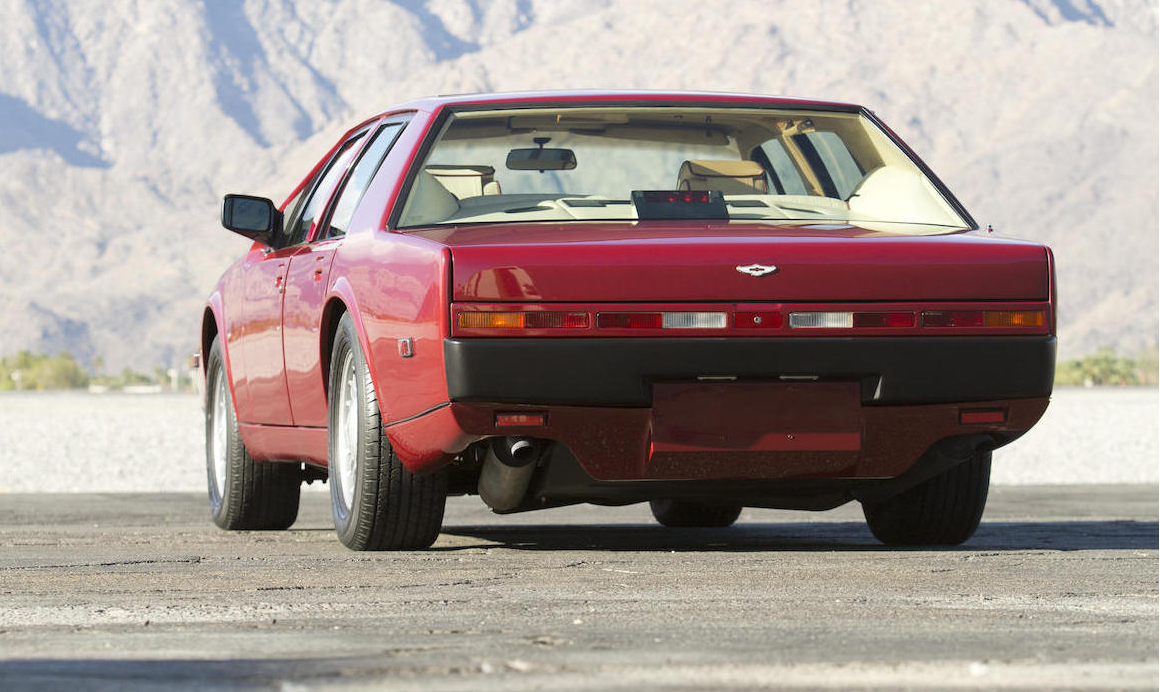 The Aston Martin Lagonda is eye catching from every angle. (Picture courtesy Bonhams).

Our feature car is coming up for auction by Bonhams at their The Scottsdale Auction on 28th January 2016. It is a car that remains even today a head turner and crowd gatherer, its appearance is so uncompromising. It is not a car that is desirable to everyone. The Aston Martin Lagonda even made it into Time Magazine’s “50 Worst Cars of all Time”. But it is a design icon of the twentieth century despite its lack of rear leg room and somewhat limited luggage space.

Would it be worth bidding on this car? I think the decision could be made by asking oneself a simple question, which is currently worth more, a 1989 Rolls Royce Corniche or this 1989 Aston Martin Lagonda?