The .416 Taylor is one of those cartridges that started out as a wildcat back in the golden era of wildcatting which lasted from the 1950’s up into the 1970’s. Created by American wildcatter Bob Chatfield-Taylor, it is simply the .458 Winchester Magnum necked down to .416″, or you can make cases by necking up .338 Winchester Magnum cases to .416″, either method works.

Bob Chatfield-Taylor created the .416 Taylor not many years after the .458 Winchester Magnum was introduced in 1956. His idea was simple and practical and he identified a clear need, the need for an inexpensive cartridge that would meet legal minimum caliber requirements in all African countries, and that would provide longer range usability for African plains game, and for some Alaskan hunting such as on the Alaskan Peninsula. Not just that, but also a cartridge that would provide ballistics comparable to those of the .416 Rigby, but in a standard length action such as the Mauser 98 and Winchester Model 70.

The .416 Taylor is simply the .458 Winchester Magnum case necked down to accept .416″ bullets. (Picture courtesy stevespages.com).

It was during the 1960’s and 1970’s that Americans were beginning to re-discover African big game hunting as a number of African nations emerged from British colonial rule to become independent, and many stabilized after a season of revolution to become places where it was once again safe to visit. For many of those nations the minimum caliber for Africa’s “Big Five” was the .375 Holland & Holland Magnum, but some required a caliber of .40 or greater.

This post-64 Winchester Model 70 African is typical of many of the rifles that were converted from .458 Winchester Magnum to .416 Taylor. (Picture courtesy johnhenrich.com).

Obtaining a rifle suitable for Africa’s Big Five became rather more difficult after 1970 when Eley Kynoch ceased production of the traditional British big game cartridges, leaving the .458 Winchester Magnum as the only available factory option above .40″ caliber. The .458 Winchester Magnum had been created to duplicate the ballistics of the highly regarded British Kynoch .470 Nitro Express, which was a standard by which other dangerous game cartridges were judged. Just like the .470 Nitro Express the .458 Winchester Magnum was designed to deliver a 500 grain bullet at about 2,150fps. That performance criteria was typical of many of the standard British big game double rifle cartridges of the time including the various .450 Nitro Express versions and the 500/465. The early loadings of the .458 Winchester Magnum proved to be disappointing however, commonly failing to achieve advertised velocities. This problem had a number of causes including the desire by rifle makers to build rifles with short 22″ barrels, and the powder technology of the time which did not reliably achieve the velocities aimed at. 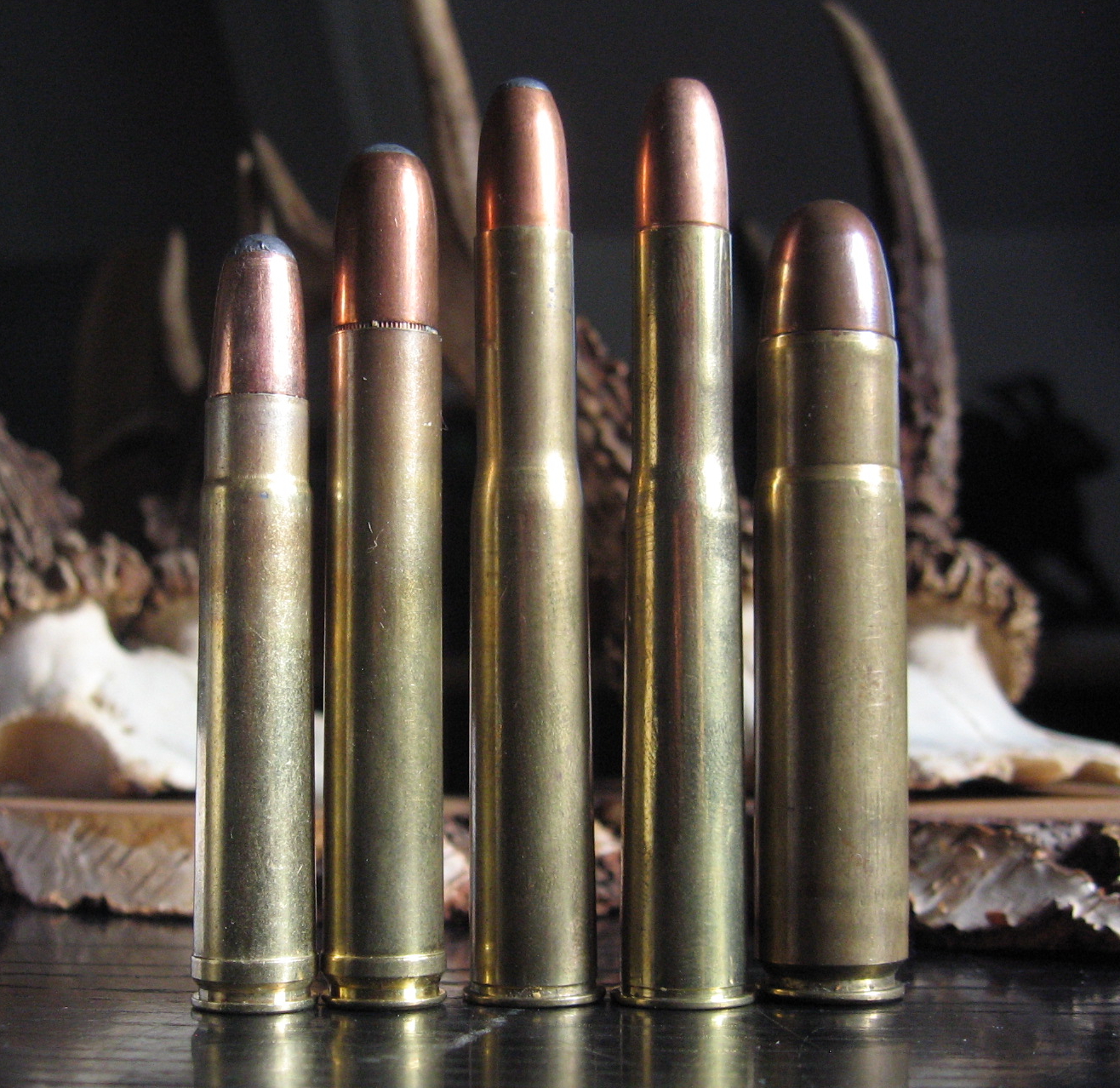 Nowadays of course those teething troubles of the .458 Winchester Magnum are in the past and the cartridge has become not only the equal of the British cartridges it was designed to duplicate, but it is a surprisingly flexible and adaptable cartridge able to deliver comparatively light for caliber bullets such as the Barnes 300gn TSX and TTSX at velocities in excess of 2,700fps, all the way up to the 550gn Woodleigh soft point and full metal jacket bullets at velocities over 2,000fps. But that being said, a .416″ bullet can be made with a higher ballistic coefficient than a .458″ bullet of the same or similar weight. So the .416 Taylor can drive a 340gn Woodleigh PPSN bullet with a ballistic coefficient of .330 at a healthy 2,500fps or more, making it able to be zeroed at 200 yards and used reliably out to around 300 yards. So the .416 Taylor can be used as an elk, moose and bear cartridge. But it can also be loaded with 400gn RNSN and FMJ bullets at 2,300fps for your “once in a lifetime” African Safari. It produces the same performance as the legendary .416 Rigby, but does it in an affordable rifle built on a standard length action. So if you have a standard Mauser 98, Winchester Model 70, M17 Enfield or similar action you can create a rifle suitable for Alaska, Africa, Australia, and many other places. 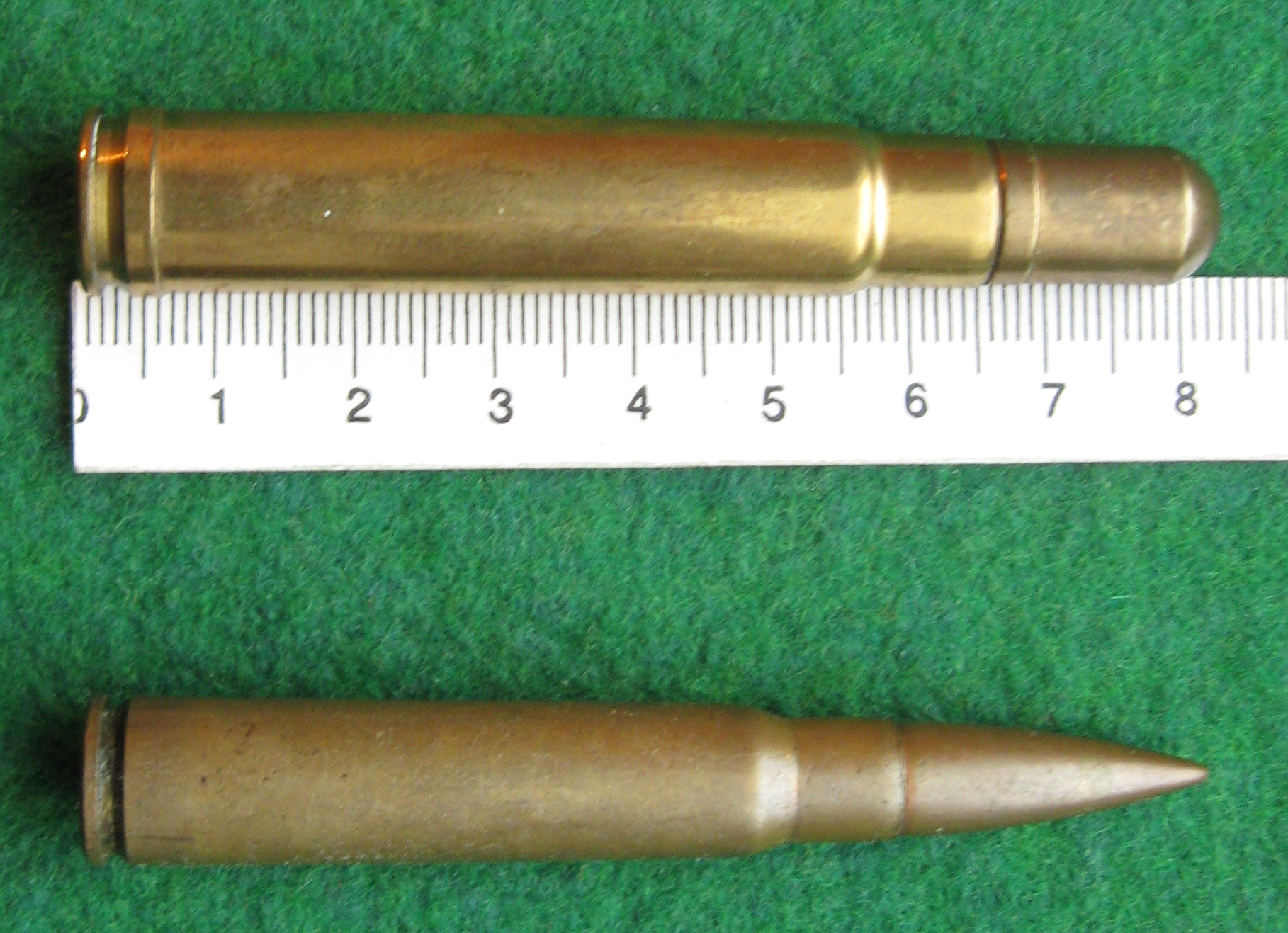 The .416 Taylor is a cartridge made for standard length bolt actions. (Picture courtesy valka.cz). 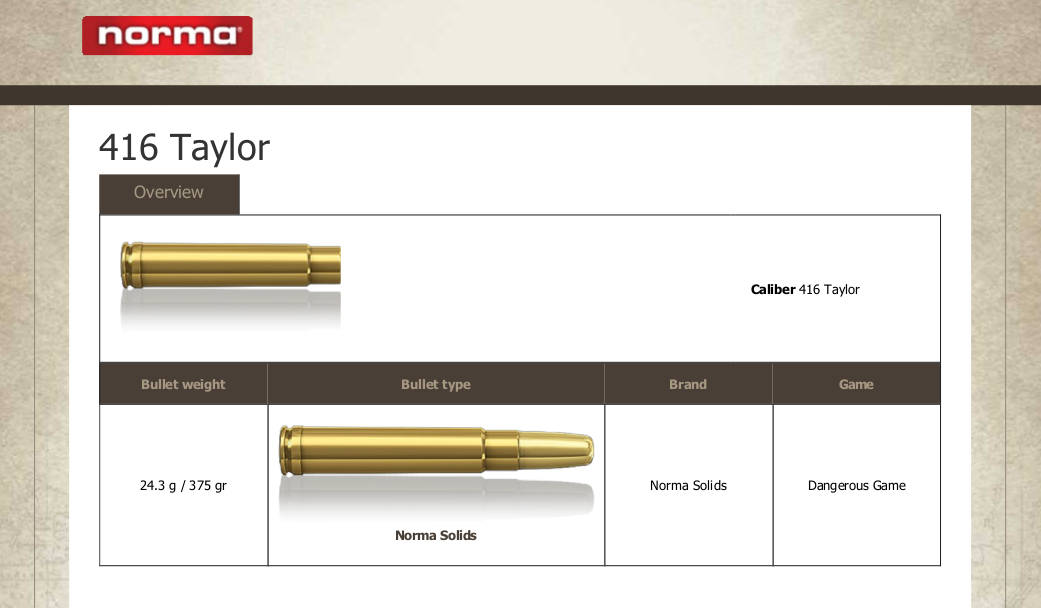 Actual .416 Taylor cases, complete with the correct headstamp are available from Norma. The one time having correctly headstamped cases might be important could be on a trip to somewhere like Africa where an official might not be willing to believe the caliber stamped on the rifle barrel but will insist on reading the headstamp of the cartridge. We need to remember that not everybody understands that one can form a cartridge of a different caliber from a common cartridge case. So for African Safari we recommend using the Norma .416 Taylor cases so your ammunition has the correct headstamp.

You will find the Norma listing for the .416 Taylor if you click here.

Factory ammunition was loaded by A-Square for many years, and Bertram Bullets also make .416 Taylor cases.

A-Square made .416 Taylor ammunition for many years. (Picture courtesy municion.org).

You will find more load data for this caliber in the Woodleigh Bullets Loading Manual.

Note: You will find the above pictured rifle for sale at GunsAmerica if you click here).

The .416 Taylor is a caliber that really should have made it into widespread production and popular use. It enables a shooter to build an inexpensive rifle that equals the legendary .416 Rigby, but without the high price of .416 Rigby ammunition. This is a caliber for the “Have rifle, will travel” hunter who may want to hunt anywhere on earth and be suitably equipped. This is a cartridge that Winchester could chamber their current Model 70 for, including the Super Grade, which with its controlled feed action is every bit the rifle that the old and much admired pre-64 Model 70 was.

If you think you might just want to set up a classic “medium bore” big game rifle at modest cost then the .416 Taylor is a cartridge worth considering: it does what the original .416 Rigby does, but for a lot less money, and it does it in a standard length action, unlike the .416 Remington or .416 Rigby. 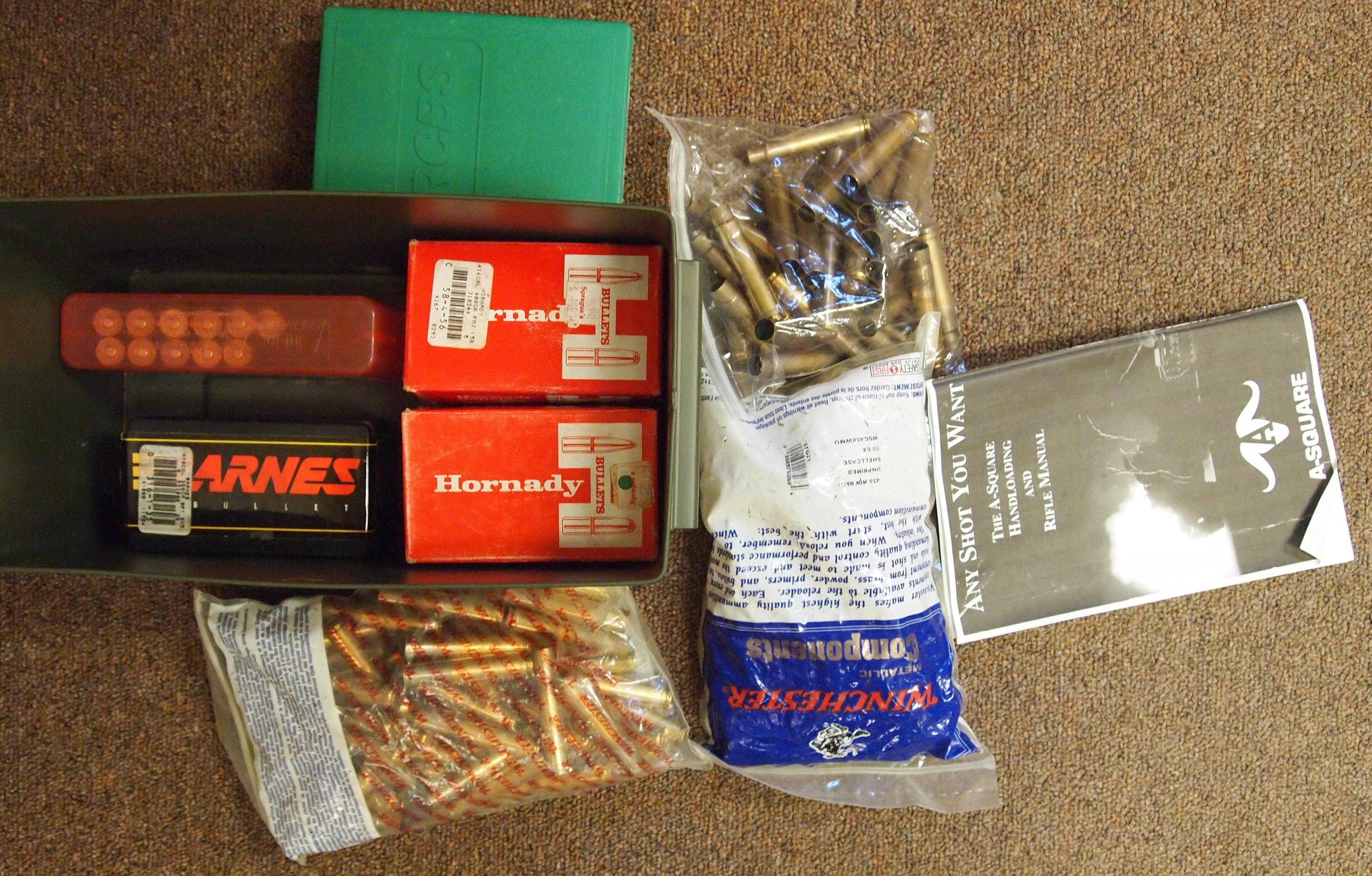 (Feature image at the head of this post courtesy municion.org).