The Lamborghini Espada marked a turning point in Ferrucio Lamborghini’s vision for the future of his then new car company.

Nowadays it seems paradoxical that Lamborghini was not always aiming to create exotic ultra high performance two seater supercars. He wasn’t interested in going head to head with the likes of Ferrari on the race track and did not have his sights set on a prestigious Le Mans win. Instead he was aiming to make a name for himself as a maker of comfortable high performance luxury Grand Touring cars.

He began with the creation of a suitable V12 engine to form the heart of his cars and commissioned Giotto Bizzarrini’s company Società Autostar to create it. Bizzarrini was a highly respected ex-Ferrari engineer whose passion was for racing and competition cars. A look at his creations show the heart of the designer.

Bizzarrini is famous for his work creating the Iso Grifo, The Iso Grifo A3 Competizione,  and the Bizzarrini GT 5300 Strada and GT America. The A3 Competzione, GT 5300 and GT America are Spartan competition oriented cars boasting lots of raw V8 power matched with fully independent racing suspension and brakes: they are cars of savage beauty and deliver a driving experience that not much of anything in the 1960’s could better.

So it should not have surprised Ferruccio Lamborghini that the V12 engine Bizzarrini created turned out to be a high revving DOHC V12 of 3.5 litres capacity with a dry sump: potentially a racing engine which in its first iteration delivered 360 hp at a giddying 9,800 rpm. It was rather too much of a racing engine for Lamborghini’s liking. He’d wanted a civilized yet powerful engine for a well mannered yet fast luxury road car.

After some wrangling between Lamborghini and Bizzarrini the engine was re-designed to be more in line with what Lamborghini wanted.

With the Bizzarrini V12 in hand Lamborghini then commissioned a team that included Gian Paolo Dallara, Paolo Stanzani and Bob Wallace to design the chassis for the first Lamborghini luxury GT, with the body design being done by Franco Scaglione.

It was at that point as Ferrucio Lamborghini was continuing on his vision to build luxury GT cars that he arrived a his first fork in the road when members of his design and engineering team went ahead and in their own time created a radically different car, a two seater with a transversely mounted rear mid-engine V12.

This was the Lamborghini Miura and it was a design that Ferrucio Lamborghini did not approve of, until the rolling chassis was shown at the Turin Salon of 1965 and attracted a surprising number of orders before anyone had seen the bodywork design for it.

With the Miura, 350GT and 400GT Lamborghini’s factory had an adequate model line-up. However, Lamborghini had not yet tested the market for luxury GT travel for more than two people, and he might never have done so but for design house Bertone suggesting to him that he should try it, and that they would be willing to be involved.

A four seater Grand Touring car was very much in line with Ferrucio Lamborghini’s original vision for luxury exotic cars and the task of designing the first concept car fell to Marcello Gandini of Bertone, the man who also designed the bodywork for the Miura.

Gandini created a prototype design which was called the Marzal. This was a futuristic car of extraordinary beauty.

This rolling work of art was equipped with gull-wing doors with glass above and below the car’s hip-line. It was low and sleek, yet spacious inside with four bucket seats, two in front and two in the rear with good leg room to provide comfortable point to point travel for four adults – something a 2+2 could not do.

An inline six cylinder engine is one of the most inherently smooth and quiet engines one could wish for and the one made for the Marzal delivered quiet power that perfectly suited the concept of the car.

This six cylinder engine was mounted transversely behind the passenger compartment.

With its aerodynamic shape and modest size engine this was a design concept for an efficient and economical yet sporty four seater car and it earned significant praise from the motoring press of the time.

Ferruccio Lamborghini could see the potential of the Marzal design, but he could also see its weaknesses as a production car.

Stylish though the gull wing doors were they posed a potential to create buyer resistance. On the Marzal they could not rise up sufficiently to eliminate the potential for people to accidentally hit their head on the edge of the raised door.

The glass windows both above and below the hip-line of the door gave the interior a spacious feeling but also made the occupants very visible. The glass had to be fixed, so there could be no provision for winding windows up and down, making air-conditioning mandatory.

The rear mounted engine gave the car the same sort of rear heavy weight distribution issue as happened with the Miura. And this was an issue that became progressively exacerbated as one used up the fuel in the front mounted fuel tank thus making the front end lighter as the tank became lighter.

Last but not least the custom six cylinder engine would require Lamborghini to tool up to build that significantly different engine which would be expensive and drive the price of the car up.

So Lamborghini’s team re-imagined the car and based it on the already successful 400GT, with the V12 engine located in the front driving the rear wheels, and the gull-wing doors replaced with conventional doors and conventional wind-up side windows above the hip-line and not below.

Many of the ideas that transformed the Marzal into the Espada came from another project that Gandini was working on, the Bertone Pirana, which was built on a Jaguar E-type chassis.

The Bertone Pirana was originally commissioned by a British newspaper – the Daily Telegraph – and was first displayed as a concept car at the 1967 London Earls Court Motor Show, and then in Montreal, Canada.

This was the genesis of the Espada, which was to become the best selling Lamborghini up to that period in Lamborghini’s history.

Lamborghini was also thinking in terms of having a model line-up that had as much common engineering as possible. The 400GT was to be updated to become the Islero, so the Islero and the Espada were built around the same technology as much as possible, including engine, transmission, suspension etc. and despite its different engine location the Miura also shared as much in common parts as the other two models as could be.

The first iteration of the Espada made its debut at the 1968 Geneva Motor Show. The Lamborghini model line-up now included three new cars, the Islero (which replaced the 400GT 2+2), the Miura, and the four seater Espada.

The Espada was fitted with the Lamborghini 3,929 cc DOHC V12 engine as had been used in the 400GT. This engine produced 325 hp @ 7,200 rpm and drove the rear wheels via a five speed manual all synchromesh gearbox (with a three speed automatic being offered as an option for the Series III cars). Compression ratio for the Series I cars was 9.5:1 and this was raised to 10.7:1 for the Series II and III. The increase in compression ratio and re-tuning of the engine bumping power up to 350 hp @ 7,800 rpm.

Such an engine had an ability to work its way through rather a lot of fuel if driven briskly, and so the Espada was fitted with twin fuel tanks combined to hold twenty five US gallons (93 litres) of premium grade fuel. A Grand Touring car needs to have a decent range between fuel stops and the Espada was built with that in mind.

The Espada was based on a semi-monocoque chassis built with square steel tubing and pressed steel components.

Like the Islero the Espada was equipped with fully independent suspension featuring unequal length upper and lower wishbones with coil springs and telescopic shock absorbers on all four wheels complimented with anti-roll bars front and rear.

Brakes for the first Espada were solid discs by Girling with triple pistons: the solid discs being replaced with vented discs for the second and third version Espadas.

The Series II Lamborghini Espada made its debut at the 1970 Brussels Motor Show boasting more power than its predecessor. The most noticeable changes were to the car’s interior. The Marzal inspired dashboard was restyled to remove the octagon style surrounds and replace them with a more visually simple style.

The Espada proved to be a strong sales success, it was so popular it remained in production over ten years, being offered in three series, and in total selling 1227 cars. It was at that time Lamborghini’s most popular model and it also proved that Ferruccio Lamborghini’s first vision for his company had been correct – there was indeed a strong market for luxury high performance GT cars and you didn’t need a prestigious Le Mans win to either create them or sell them.

For those looking to join the exclusive ranks of Lamborghini owners an Espada can be one of the better choices, especially if you are desiring a historic classic.

There is a rather attractive one coming up for sale by Bonhams at their “The Zoute Sale” to be held at Place Albert de Knokke Le Zoute, 8300 Knokke-Heist in Belgium on 9th October 2022.

You can find the sale page for this car with further details here.

The car on offer is the light green metallic one with dark brown leather interior featured in the photos in this post. It has spent the first part of its life in France before going into a private collection in Germany. The car comes with a comprehensive documentation history and has had a solid maintenance record. 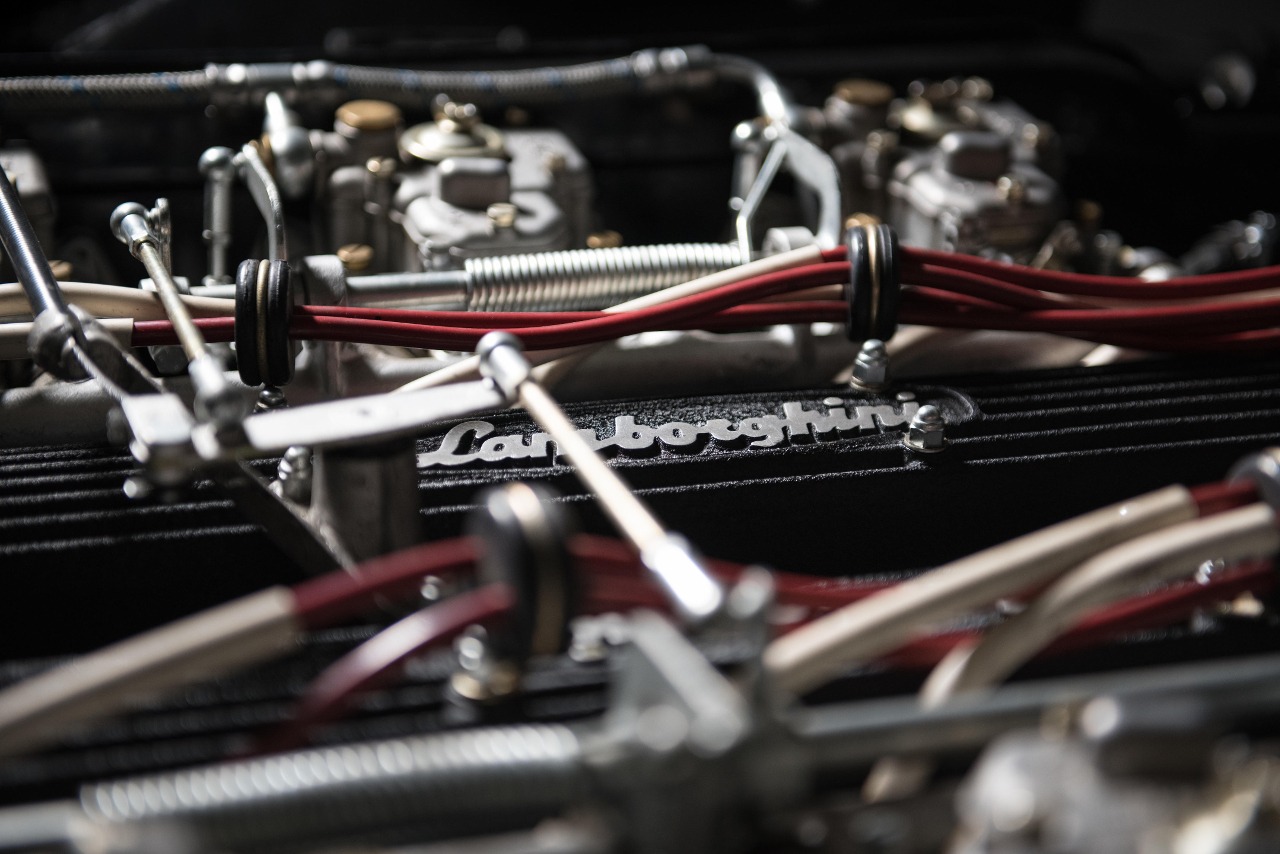 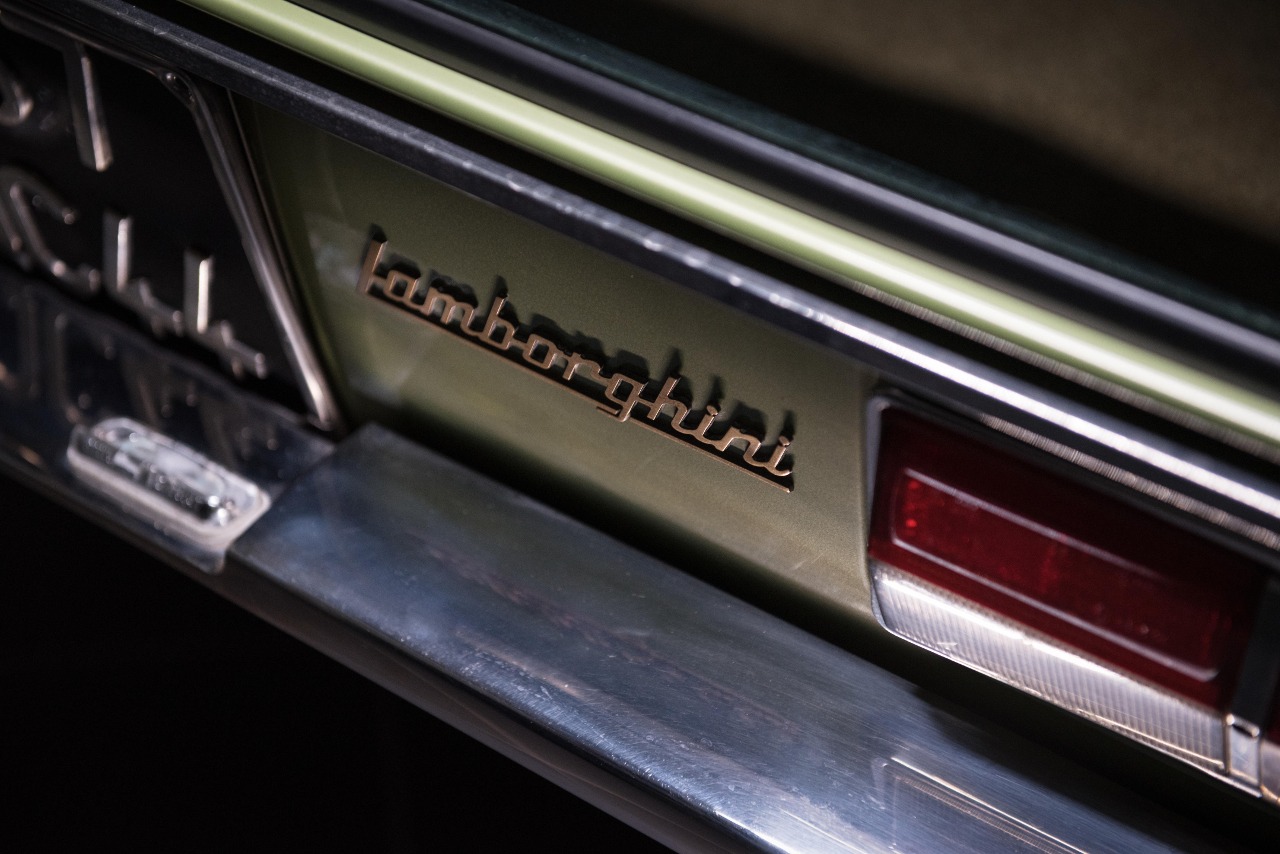 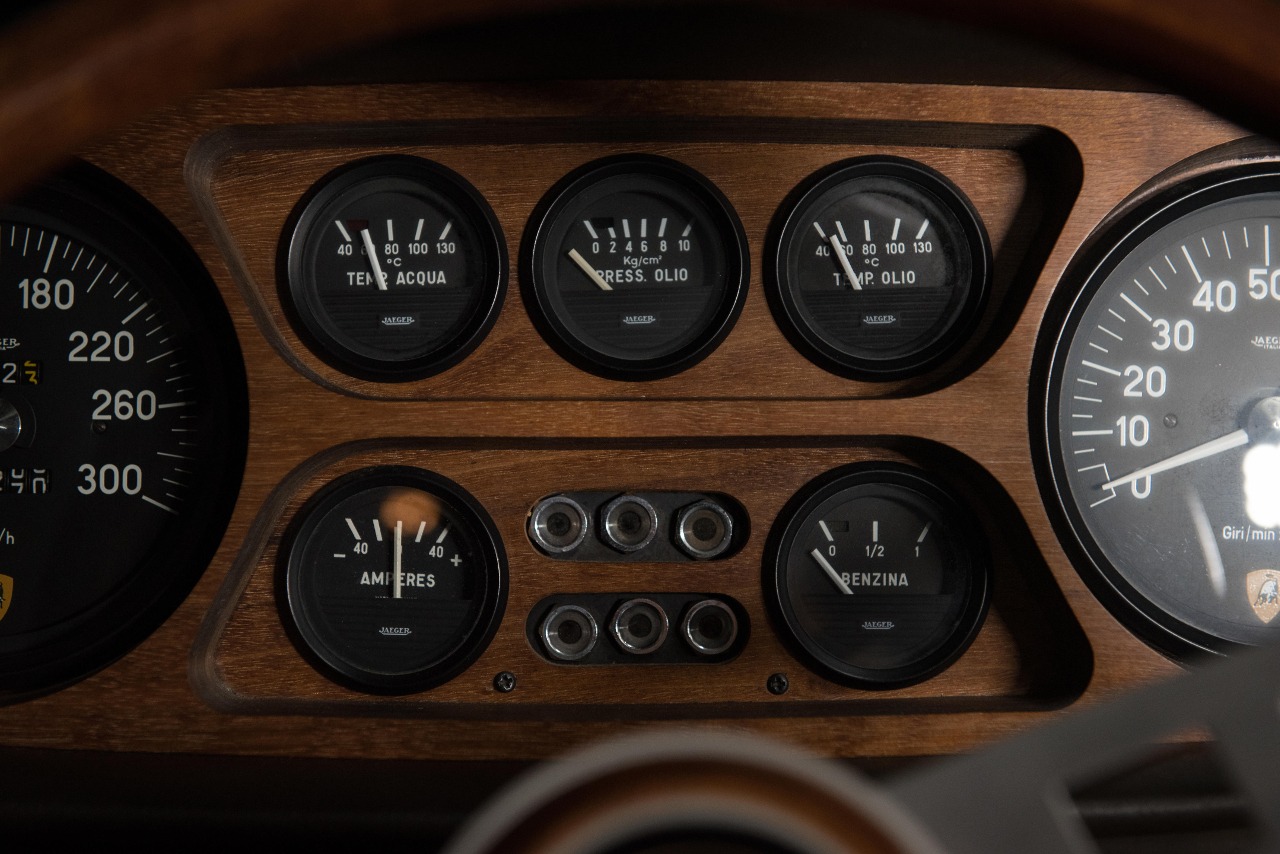 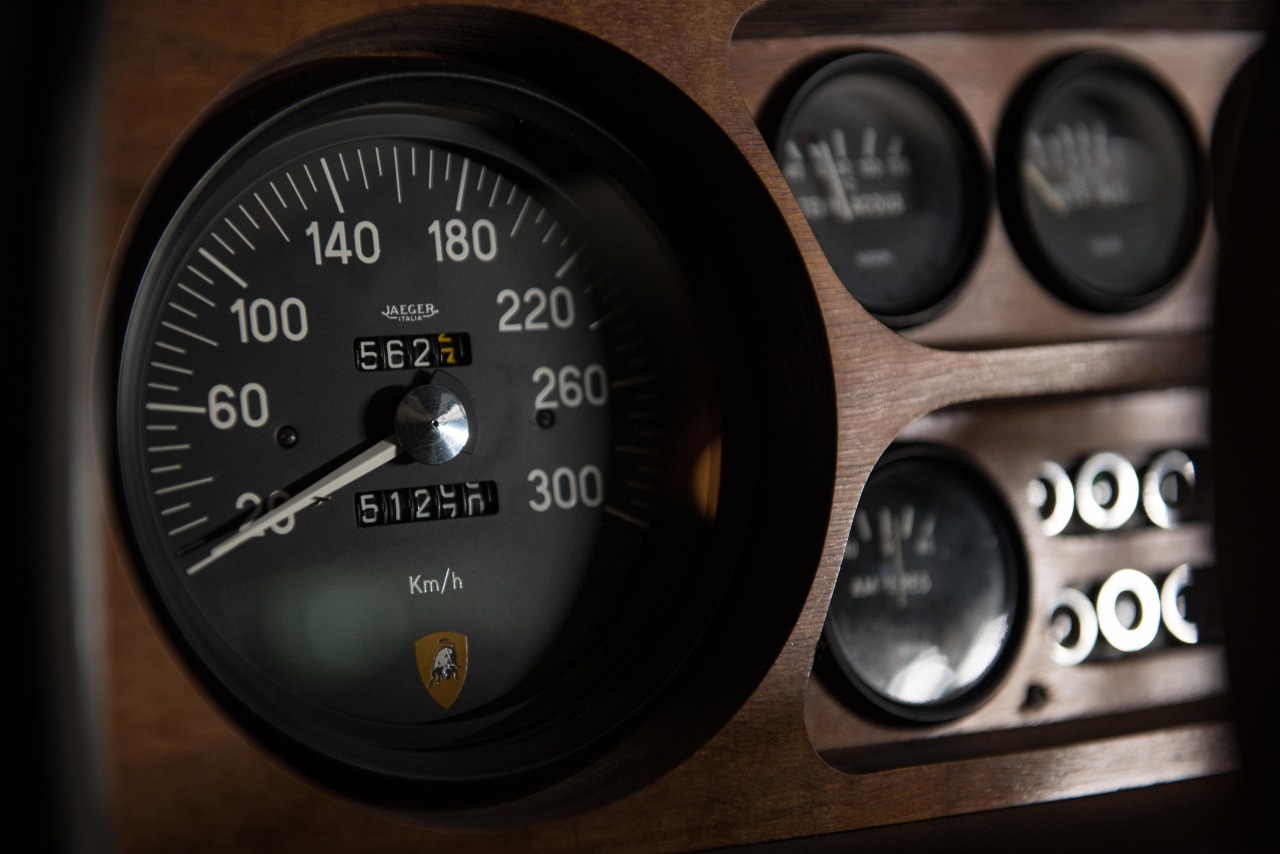 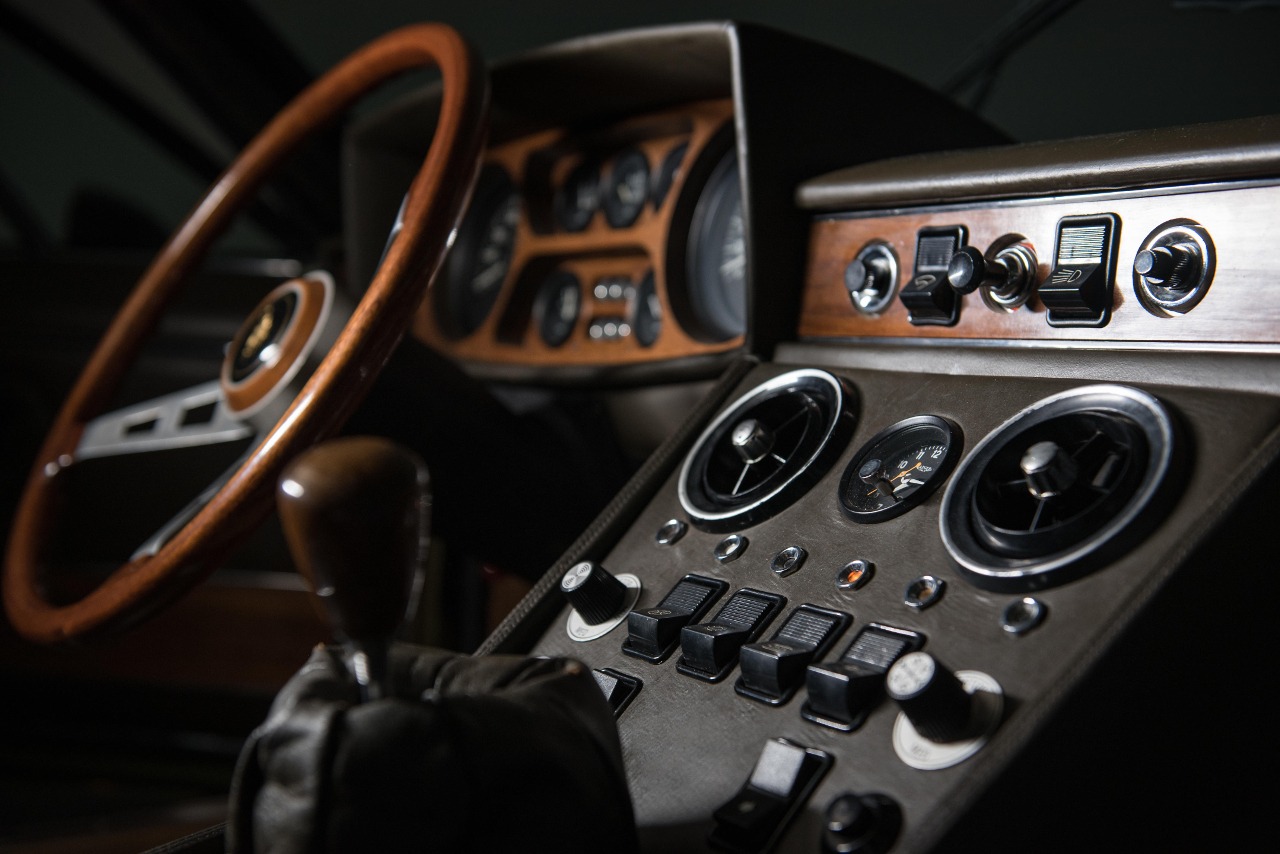 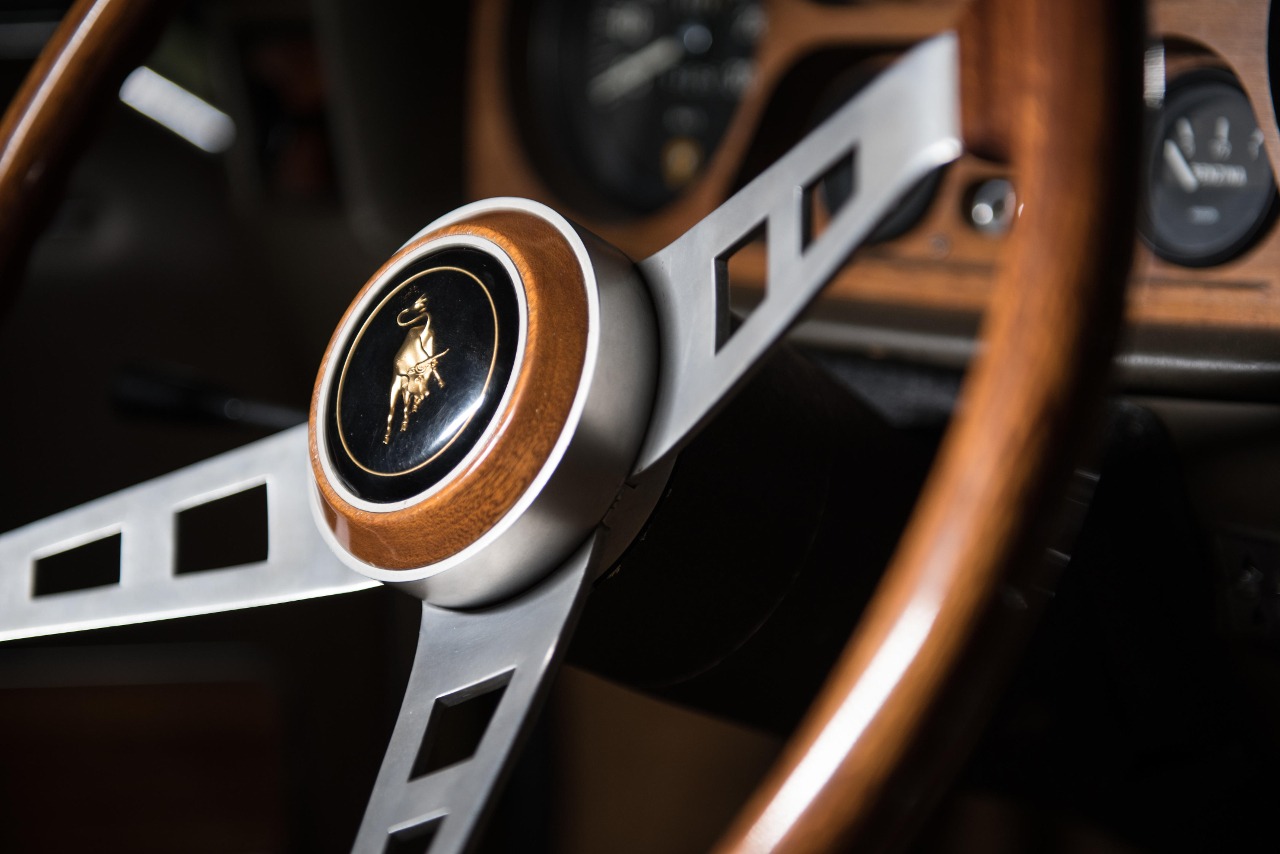 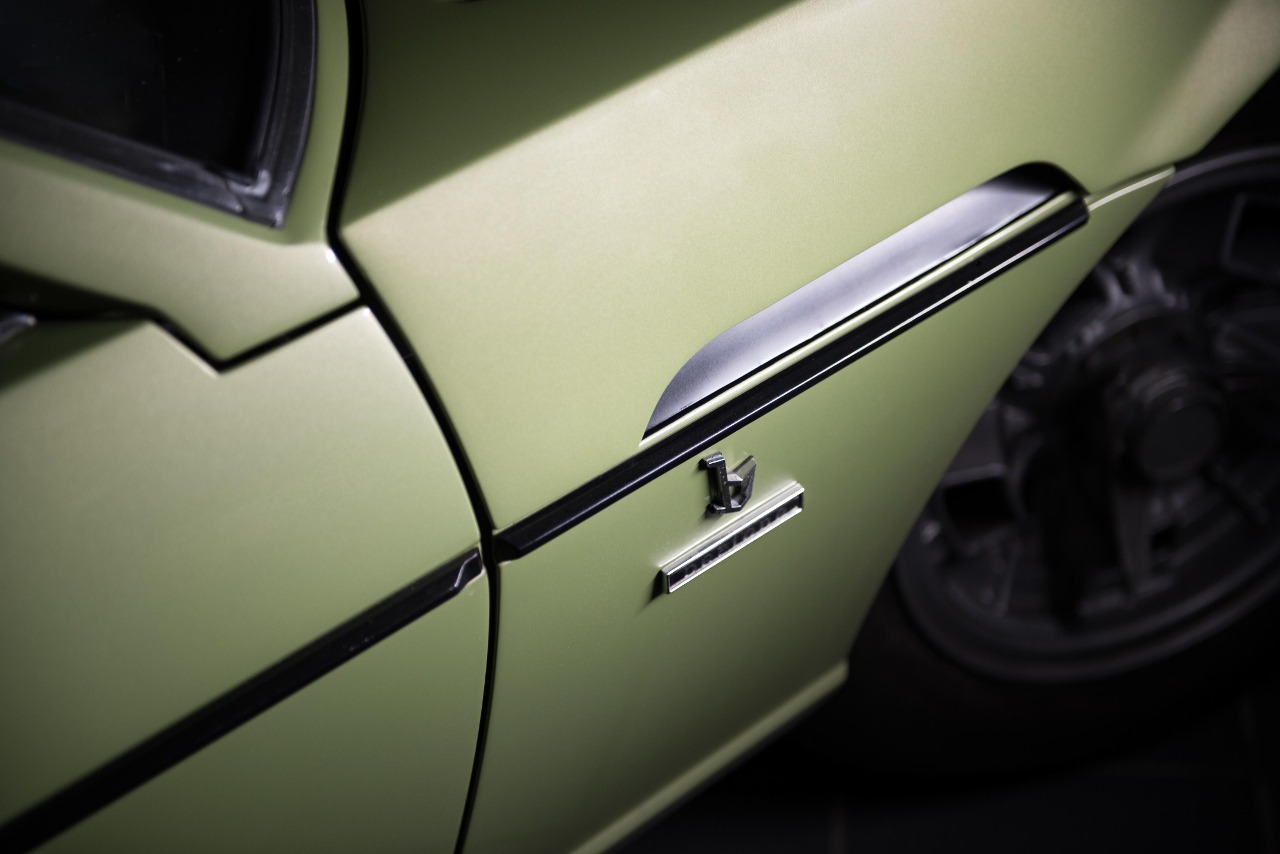 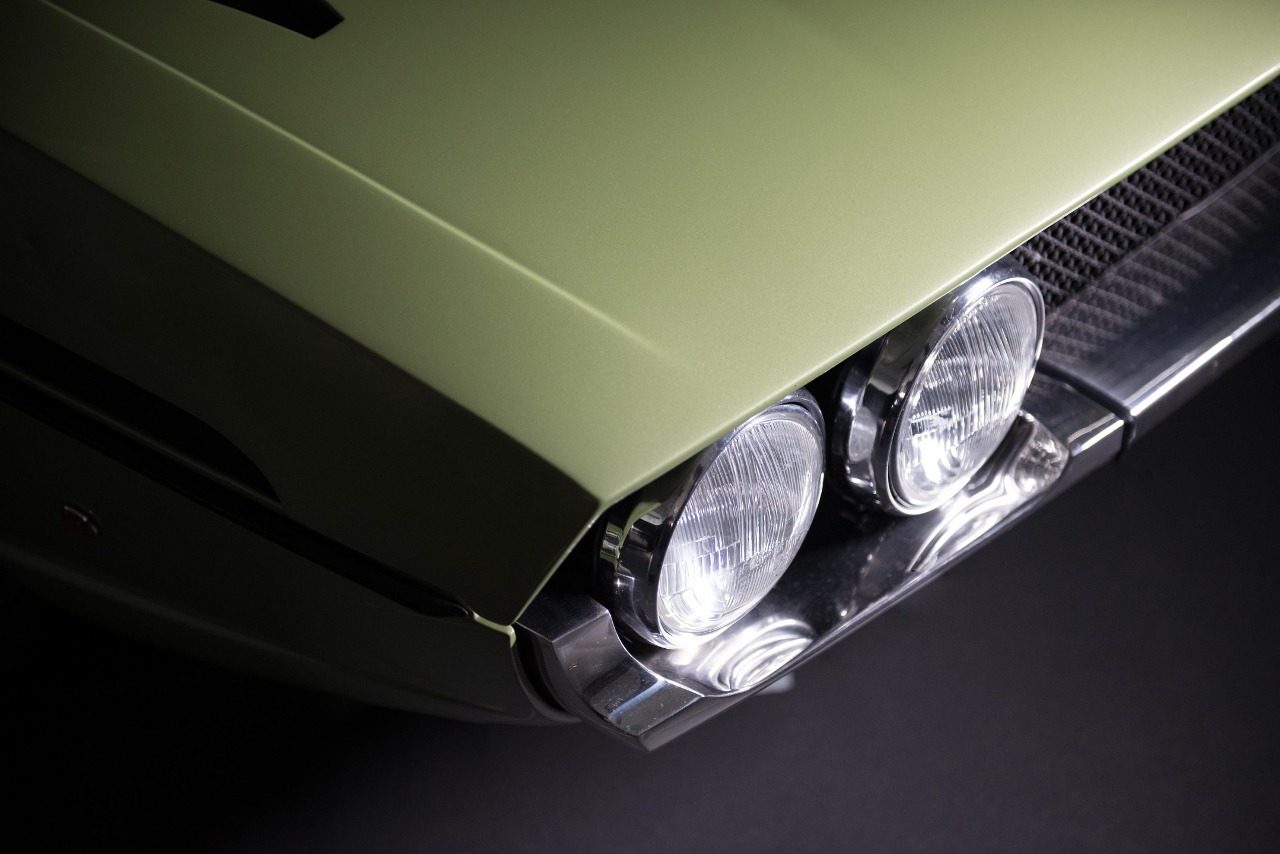 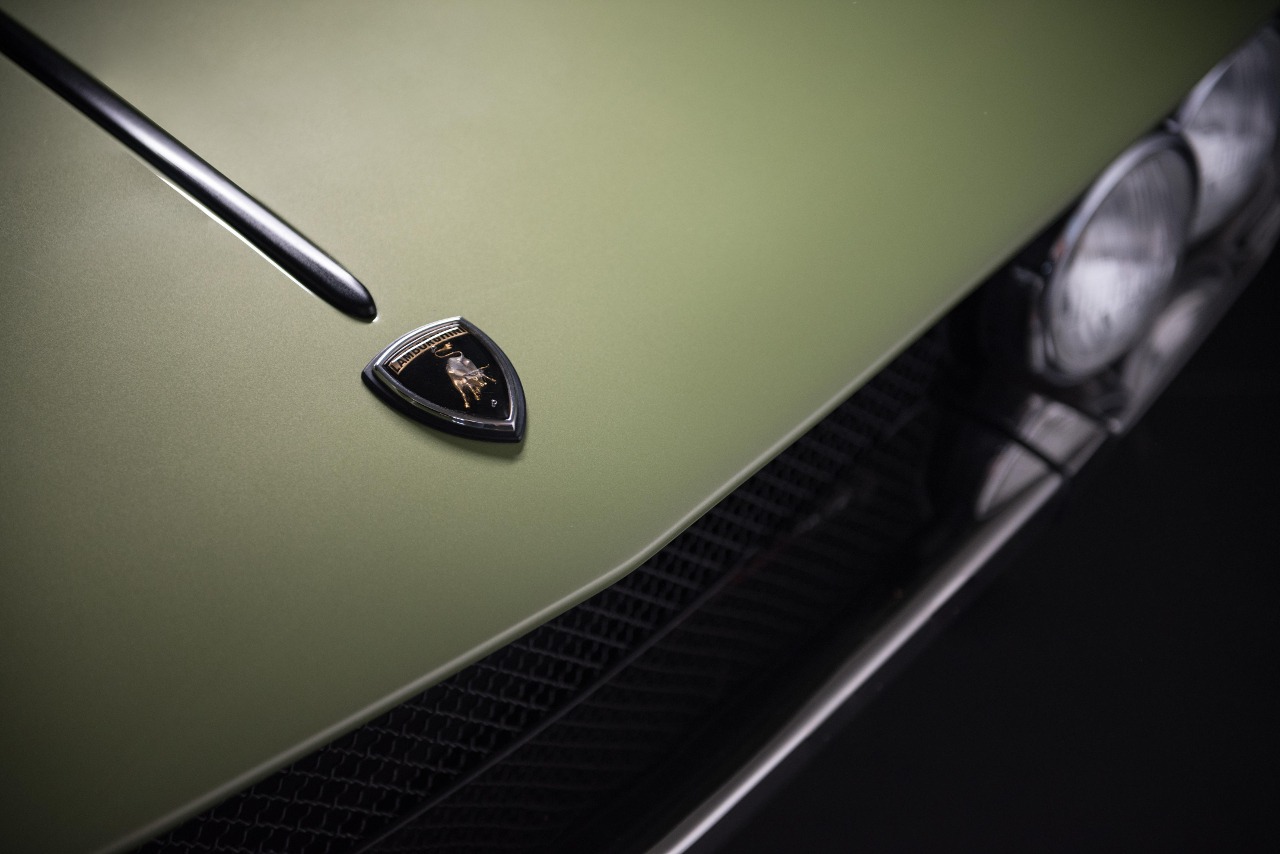 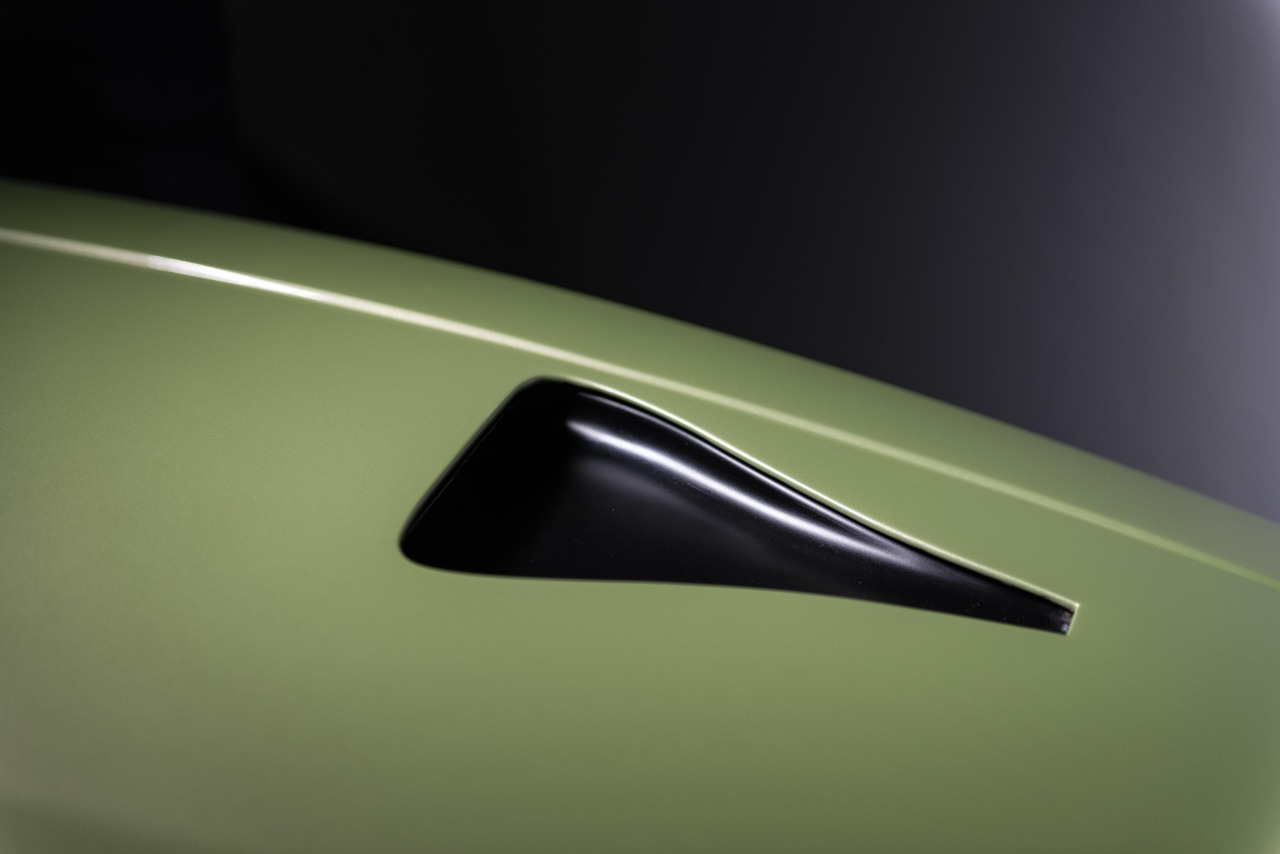 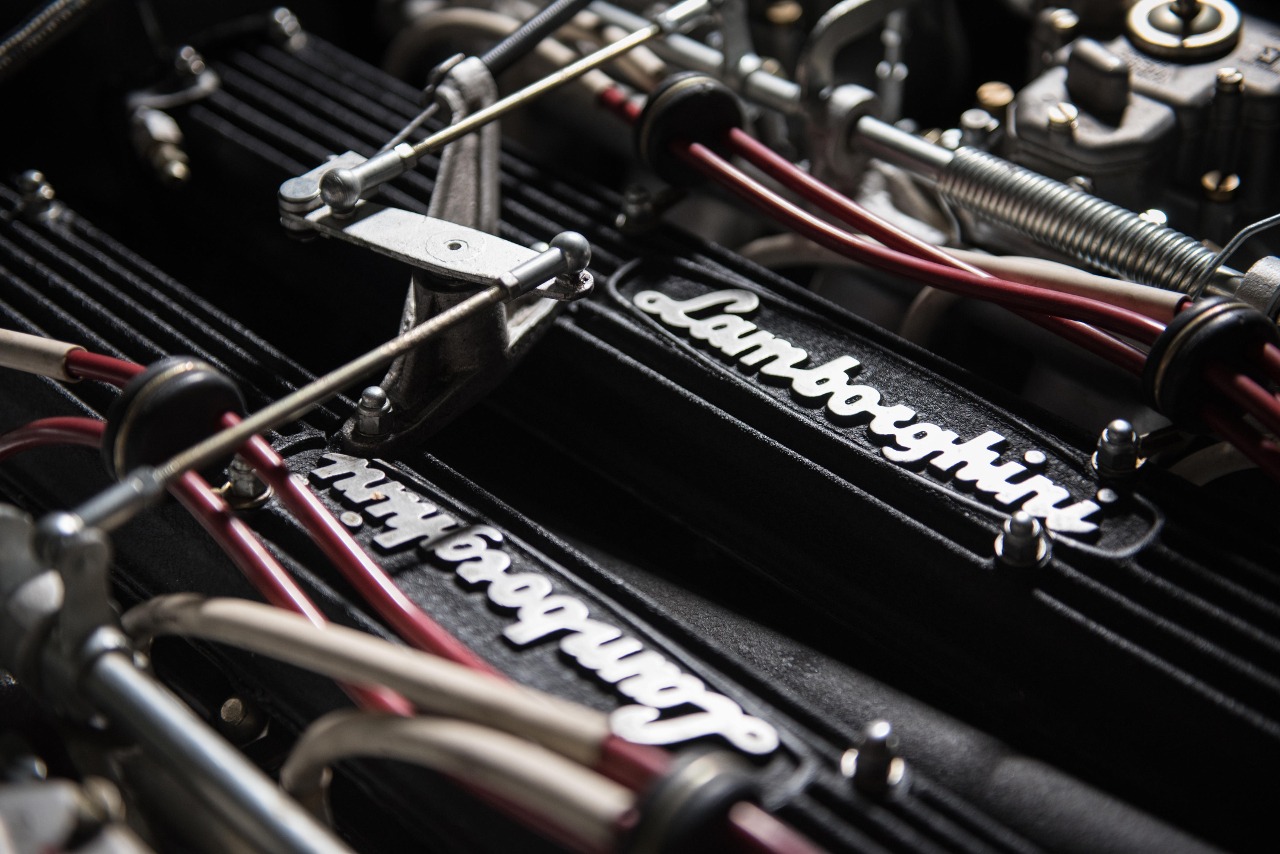 Picture Credits: All pictures of the light green Lamborghini Espada Series II courtesy Bonhams. All other pictures as marked.