The Lamborghini Muira made it’s debut as a rolling chassis at the Turin Salon in 1965 and just as a bare bones chassis it created something of a stir.

It was like giving someone their first taste of champagne and then telling them they’d have to wait until next year to try a whole glass. The bare chassis showed the novel transverse mounted V12 engine and allowed a full view of the potential shape and suspension of this car to excite the palate and fire the imagination as to what the bodywork would look like. If it was an intentional marketing strategy it was a clever one. It got people thinking and it got people discussing this car and its potential.

Interestingly the design of the Muira was not supported by Ferruccio Lamborghini who wanted his company focus to be on the production of powerful but sedate and comfortable Grand Touring cars, not something that you could drive to the race track and race with. Nonetheless, when his three designers Gian Paolo Dallara, Paolo Stanzani, and Bob Wallace, who had worked on the design in their own time, showed him the car he was impressed enough to give the project his blessing. The Muira would from that point go on to become the archetypical Lamborghini, the car that set the direction for the company’s future designs.

With a breathtakingly beautiful skin designed by Marcello Gandini of Bertone the car was shown at the 1966 Geneva Motor Show and became an immediate source of fascination for motoring journalists and potential customers alike, all of whom were disappointed that they were not allowed to open the hood and see the engine. The reason was that the new body and the engine were incompatible, as shown the engine didn’t fit yet, so the engine bay was full of boring ballast. Nonetheless people’s imaginations were fired and Lamborghini realized that this was a car that would indeed sell.

The Lamborghini Muira went into production in 1967 as the P400. 275 were built and the car featured a 350hp 3929cc engine fed it’s fuel/air mix by four Weber IDL40 3C 3bbl downdraft carburetors.

The P400 remained in production until 1969 but in 1968 production of the slightly upgraded P400S began. The P400S got a power increase from 340hp to 360hp principally by raising the engine’s compression ratio from 9.5:1 to 10.7:1. The car gained a very modest increase in acceleration as the P400S was slightly heavier than the P400.

The P400S features the “eyelash” tipping headlights which were removed for the following model the P400SV. These “eyelash” headlights are however something that give the car personality.

The models that superceded the P400S were the P400SV which sadly lost the “eyelash” headlights but which did include some significant practical mechanical improvements not least of which was the fitting of a limited slip differential which necessitated the use of separate oil sumps for the engine and gearbox. This had the advantage that engine oil could be used in the engine and correct gearbox oil in the gearbox and differential. This also removed the possibility of metal shavings from the gearbox finding their way into the engine which could cause unwanted and expensive problems. Popular cars of the time using a common sump for the engine, gearbox and differential included all of Alex Issigonis designs such as the Mini, 1100 and 1800 amongst others, so I wouldn’t call it a design flaw per se. However the separation is preferable and this was done in the P400SV.

The models that followed the P400SV were the convertible P400SV/J, some one-off conversions to remove the roof, and the single example of the P400 Jota which was extensively lightened and modified for FIA appendix racing specifications. The only example was crashed and completely destroyed.

The gorgeous primrose Lamborghini Muira P400S we are featuring in this post is coming up for auction by RM Auctions at their Villa Erba auction on 23rd May 2015.

You can find the auction page if you click here.

In 2006 Lamborghini displayed a “concept car” of what a new Lamborghini Muira might look like. It has the grace of the original Muira but with a much more aggressive “21st Century” appearance to it. The car was the first design effort by the new head of design Walter de’Silva and was intended to celebrate the 40th anniversary of the introduction of the Muira in Geneva.

When asked if this might become a production car the Lamborghini President and CEO Stefan Winkelmann is reported to have said “The Miura was a celebration of our history, but Lamborghini is about the future. Retro design is not what we are here for. So we won’t do the Miura.” Such a comment leads me back to the beginning of this post; Ferruccio Lamborghini did not want to do the Muira in the first place because it did not fit with his idea of what the company was about, and forty years later we have another chief saying pretty much the same thing. Yet Ferruccio Lamborghini was wrong forty years ago, and the 2006 concept car has a character that the current production Lamborghini’s simply don’t have.

Perhaps the team at Lamborghini would be wise to re-visit and re-examine its vision?

Meanwhile, for those who appreciate the sheer beauty of the original “retro” Muira you have an opportunity coming up on 23rd May to own one of these iconic motor cars. 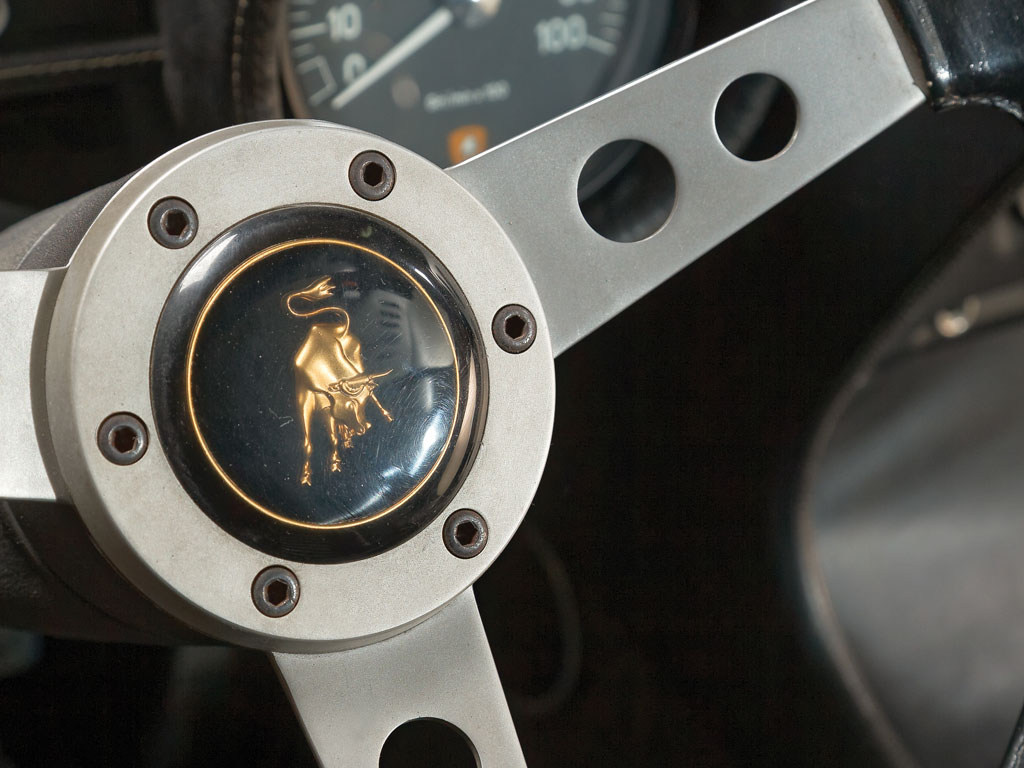