Richard “Dick” Seaman was the only British racing driver to be admitted to the Mercedes-Benz “Silver Arrows” Grand Prix racing team in the period before the Second World War. Born on 4th February 1913 as the clouds of the First World War gathered over Europe he achieved fame as the clouds of the Second World War gathered, his life coming to a tragic end in a car crash in 1939. 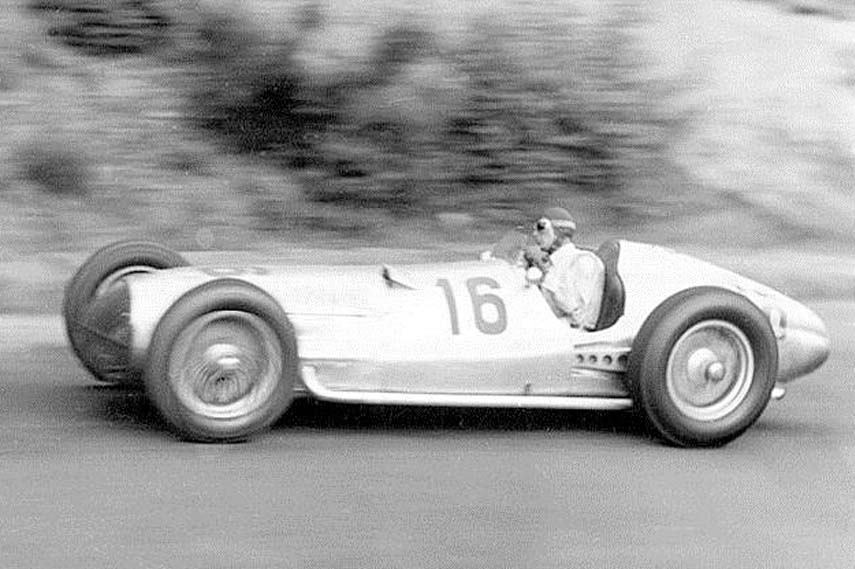 Dick Seaman in his Mercedes-Benz Silver Arrow in the 1938 German Grand Prix at Nurburgring. He won the race. (Picture courtesy snaplap.com).

Dick Seaman became passionate about cars and racing from childhood. Many of us catch the gasoline bug in our childhood but Dick Seaman had the two essential ingredients to turn his dreams into reality. He was a gifted driver who worked hard at perfecting his driving skills and his mechanical knowledge, and he came from a family who had the money to support his motor racing efforts.

Because Dick Seaman came from a wealthy family he received the best education money could buy. First at Rugby School, and then at Trinity College, Cambridge. His family had expectations that young Dick would enter a profession, or enter parliament. Young Dick indeed had every intention of pursuing a profession, but to his father’s chagrin the profession he chose was that of a racing driver.

It was Dick’s mother Lillian who predominantly wrote the cheques to finance his motor racing. Perhaps she did not realize where this would lead, at that time even Dick himself did not know where his ambitions would take him – but take him they did into a world beyond his wildest dreams. 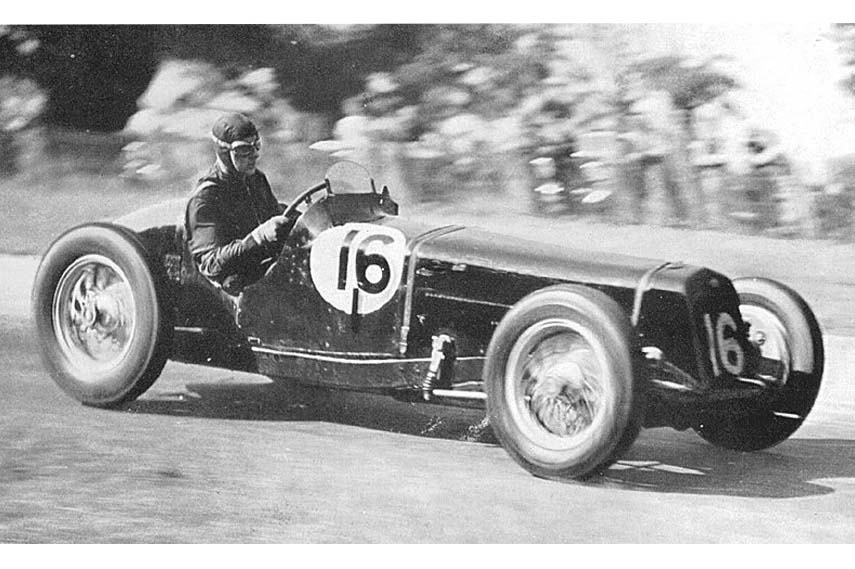 Dick Seaman was able to get his mother to finance a series of cars beginning with a Riley, then an MG, an ERA and finally the Delage seen in this picture. (Picture courtesy snaplap.net).

With a solid track record and some notable victories under his belt, including a win at the Swiss Grand Prix of 1934 on the treacherous Bremgarten circuit which was lined with trees causing poor and inconsistent lighting and whose changing road surfaces took a number of lives including that of Dick Seaman’s friend and team mate Hugh Hamilton during that race. By the 1936 season Dick was driving a 1926 1500 cc Delage racing car which he and his mechanic Giulio Ramponi had set up to make it near unbeatable. Dick had many successes and had even had discussion with Dr. Ferdinand Porsche with a view to creating a world speed record car. However there were problems and Dick survived a couple of serious accidents which caused him to sell the Delage and re-consider his future. 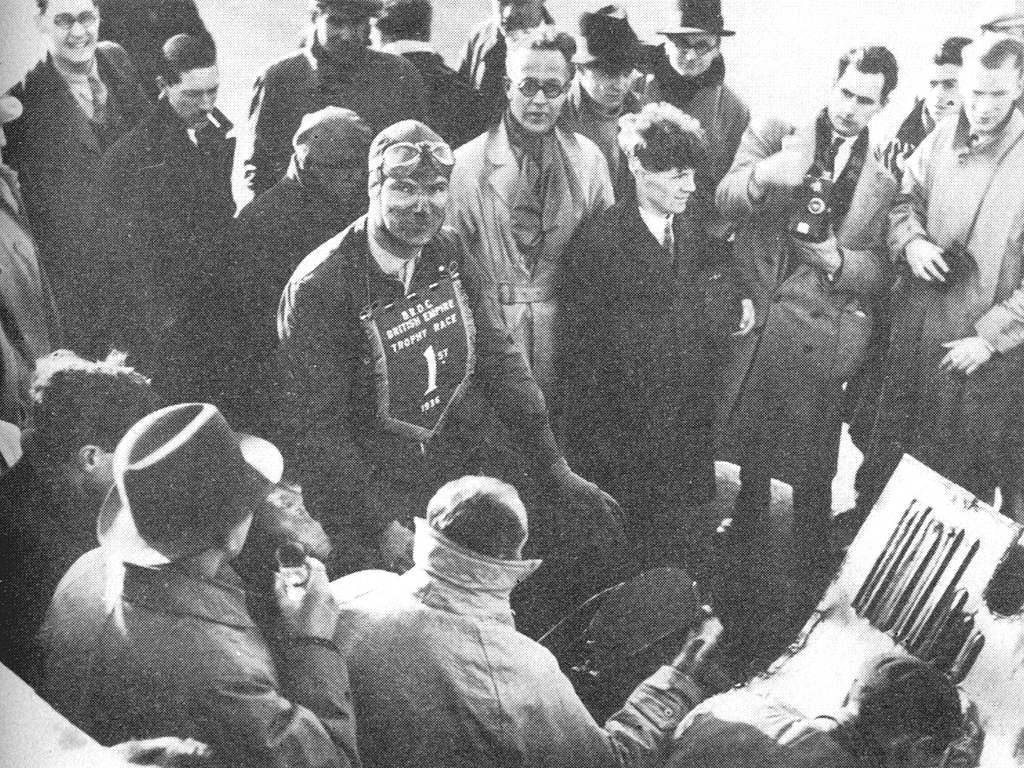 Through his fame on the racing circuit and perhaps also because he was known to Dr. Ferdinand Porsche, Dick Seaman was approached by the head of the Mercedes-Benz “Silver Arrows” racing team Alfred Neubauer in 1937 and signed as a driver with them – the only British driver on the team. However Dick Seaman was relegated to the position of a reserve driver, and found himself driving for a team that was directly sponsored by the Nazi Party as both Mercedes-Benz and Auto Union were. 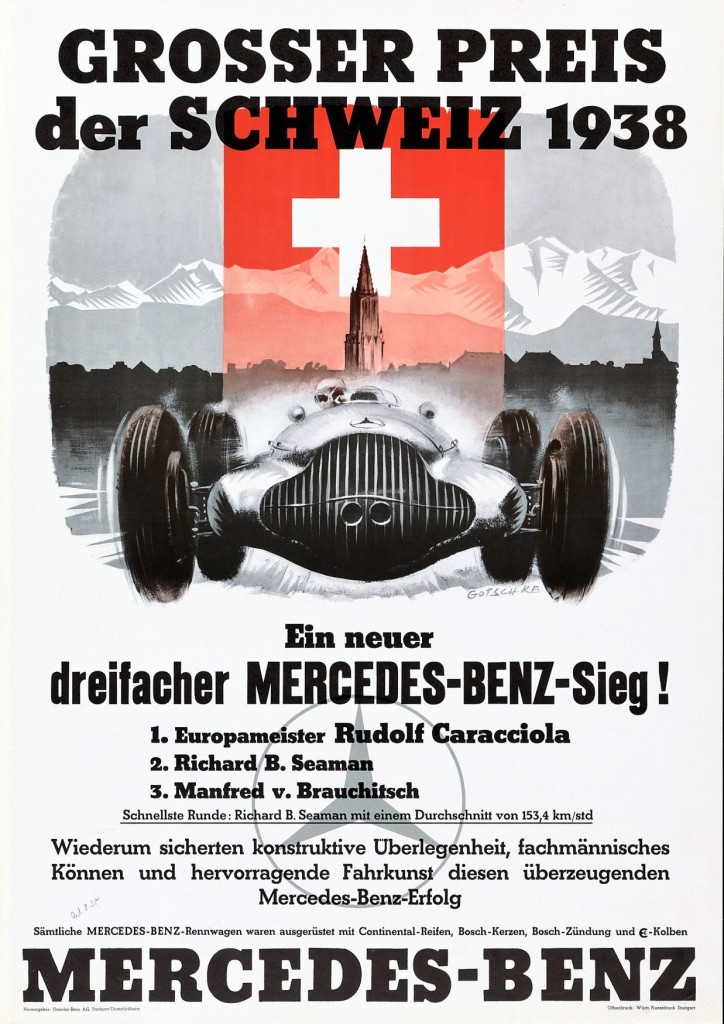 1938 was the year Dick Seaman was able to prove himself even though he was still seen as a reserve driver. He unexpectedly won the German Grand Prix at Nurburgring, unexpectedly because the favourite for the race Manfred von Brauchitsch‘s car caught fire during a pit stop. Dick Seaman was actually in the pits immediately behind him. Seeing von Brauchitsch’s car burning Dick Seaman took off out of the pits and secured a victory not only for the Mercedes-Benz team, but also for himself. He also inadvertently secured for himself Adolf Hitler’s approval and became one of Hitler’s favourite drivers. This posed something of a dilemma for Dick, because he was anti Nazi. Ambition to excel in the motor sport he loved had lured him to sign with the Mercedes-Benz team even though he must have known that the Silver Arrows were being used by the Nazi Party as a propaganda tool.

It was also during 1938 that Dick Seaman met the woman he would fall in love with and marry, Erica Popp, daughter of Franz Josef Popp, co-founder and chairman of BMW. Despite his mother’s strong disapproval Dick and Erica were married in December 1938.

In February 1939 Dick Seaman was to attend the Berlin Motor Show where he would meet Adolf Hitler. Prior to attending the show Dick joked with his wife that he should phone the British Home Office and offer to kill Hitler in exchange for a million pounds being paid to her. He knew he was in a difficult position and it looked likely that things were going to become increasingly difficult. At the time people still hoped that war might be avoided and no doubt Dick Seaman was one of those hoping against hope that the tensions would pass.

The 25th June 1939 was to bring all these tensions to a close for Dick Seaman. The Belgian Grand Prix at Spa was being held in typically wet conditions and on 25th June 1939 conditions are described as being awful. Dick Seaman in his Silver Arrow got into the lead and despite the rain was determined to keep the lead and also to convince his German team that he deserved better than to be a reserve driver. In a sense the decisions he had made in joining the Mercedes-Benz team knowing that they were sponsored by the Nazi Party and staying with that team in 1939 rather than making a strategic withdrawal had driven him into a bit of a difficult corner. And in attempting to go as fast as he could on the wet and treacherous Spa circuit in the Belgian Grand Prix he literally drove himself into a corner such that he could not escape. At Clubhouse corner Dick Seaman lost control of his Silver Arrow and hit a tree, the car bursting into flames. Marshals were quick to get fire extinguishers onto the burning car but it was too late. Dick Seaman was taken to hospital and amongst his last words were to Alfred Neubauer when he said “I was going too fast for the conditions – it was entirely my own fault – I’m sorry”. 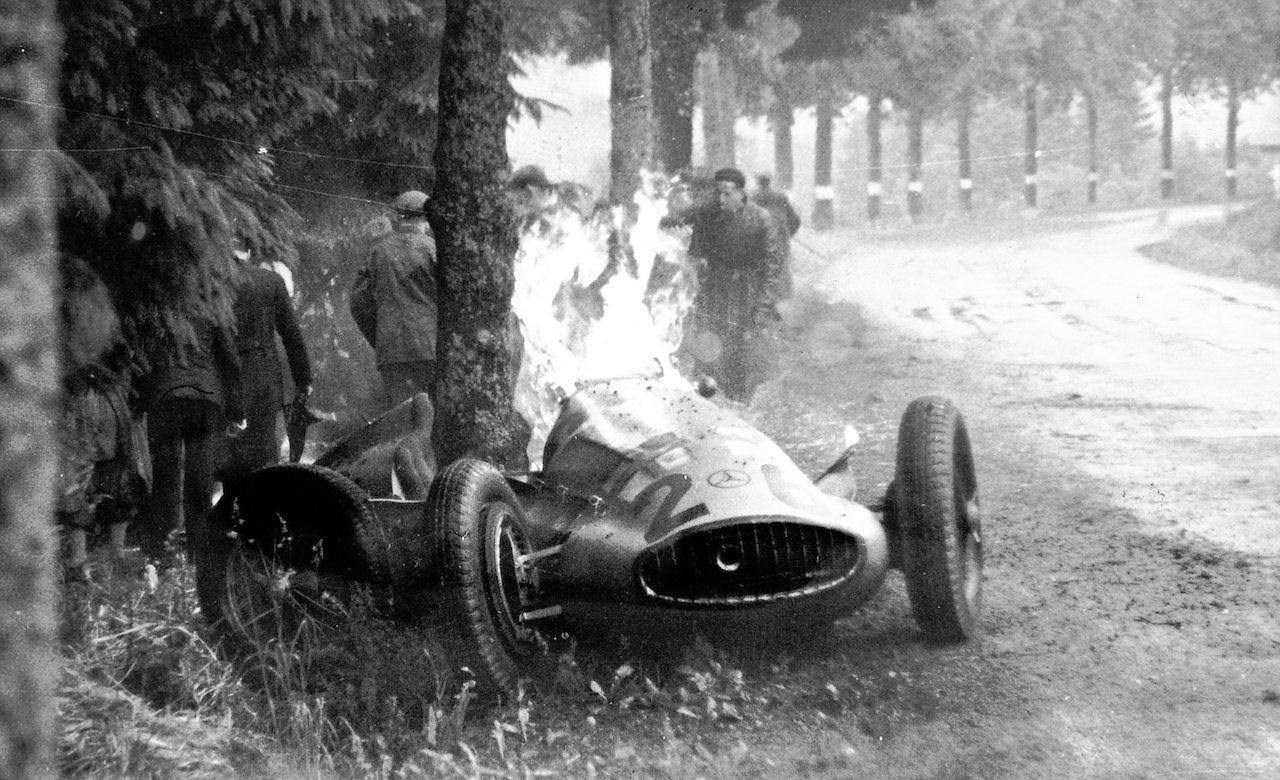 Dick Seaman packed a lot of life into his short twenty six years in this world. His widow Erica left Germany before the war broke out, initially moving to Britain, and then to the United States. Dick Seaman is buried in Putney Vale Cemetery in London, England. It is said that Mercedes-Benz still contribute towards the upkeep of his grave which is a wonderful tribute to a man who gave his all.

Dick Seaman’s life is the stuff of which movies are made and I wonder if someone will try that one day. His story is a complex one and I hope that if a movie is created that it will seek to go deep and avoid superficiality.

There is a documentary available on YouTube called “Nazi Grand Prix: Richard Seaman and the Silver Arrows”. It’s worth a watch to see the people and the events as they took place. It can’t really do justice to Dick Seaman and it of course has the advantage of wisdom with the benefit of hindsight – something Dick Seaman didn’t have the luxury of.

Dick Seaman was a man who gave his all to follow his dream and who died living it. That is no small legacy.