There is a Remington XP-100 pistol up for sale on at Cabela’s. You will find it if you click here.

Remington’s XP-100 was an interesting idea though not necessarily an original idea in the sense that individuals had shortened rifles in the past to turn them into convenient “handguns” and sawing off a shotgun was a popular thing to do for those planning impromptu, illegal withdrawals from banks. Olympic Free Pistols in .22lr had long been based on small actions that were similar to a rifle action such as the Drulov, which used a bolt action operated by a round knob on the end of the bolt, and the Vostock and Hammerli Free Pistols which used falling block actions like the Martini.

Remington were, to the best of my knowledge, the first to create a bolt action centre-fire pistol and put it into full scale production. The new XP-100 pistol was based on the Remington 600 rifle action with the trigger mechanism moved forwards into what might nowadays be referred as a “bull-pup” location, except this was a pistol. The Remington 600 and the XP-100 received mixed reviews when they first appeared. The bolt handle was described as being “crooked as a dog’s hind leg” and the XP-100 was criticized for having the bolt handle on the wrong side for a right handed pistol shooter (although it was perfect for southpaws). These Remington short actions from the 600 and the XP-100 were very much in favour with Bench Rest shooters who would buy a rifle just to get the action out of it. My own .220 Russian bench rest and varmint rifle was based on a Remington 600 action. 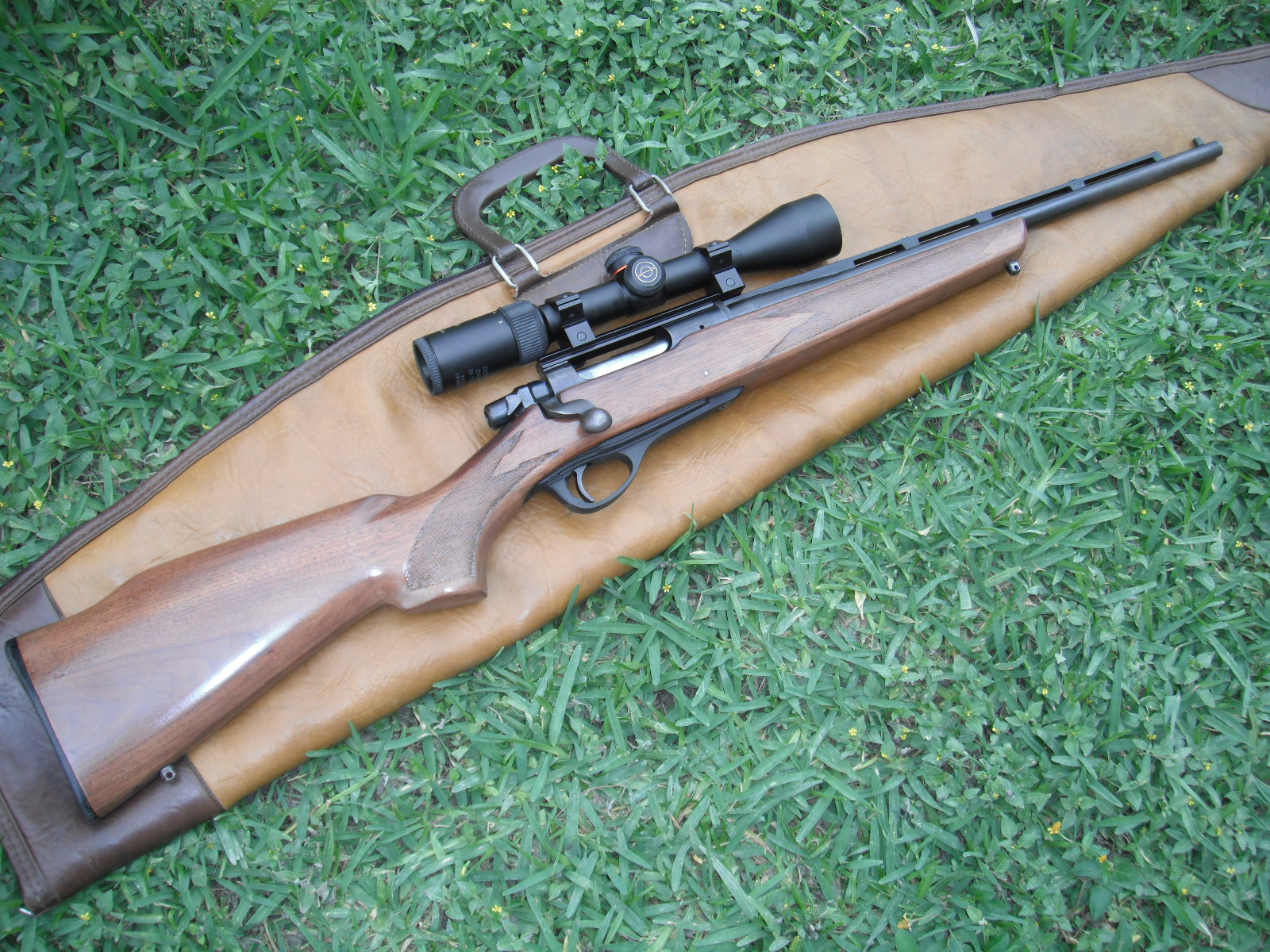 The original Remington 600 rifle on which the XP-100 was based. (Picture courtesy mexicoarmado.com).

Initial development work on the XP-100 pistol used the full size .222 Remington cartridge. It was realized that the short 10¾” barrel could not utilize the .222 Remington fully and that it was creating rather more of a sharp report that was desirable so the .222 case was shortened to create the .221 Fireball for it. This still produced a sharp bang which some reviewers noted but it was well balanced for the handgun. As an aside my own .220 Russian rifle based on a Remington 600 was fitted with a heavy profile and very short 16½” Shilen barrel for stiffness and that made such an unpleasantly sharp bang that I used to wear earplugs under my ear muffs on the range. Nowadays with the .223 being the common NATO calibre and its being used in very short barrel rifles such as the Steyr AUG can be I think shooters generally are more used to the sharp sound these things can make. 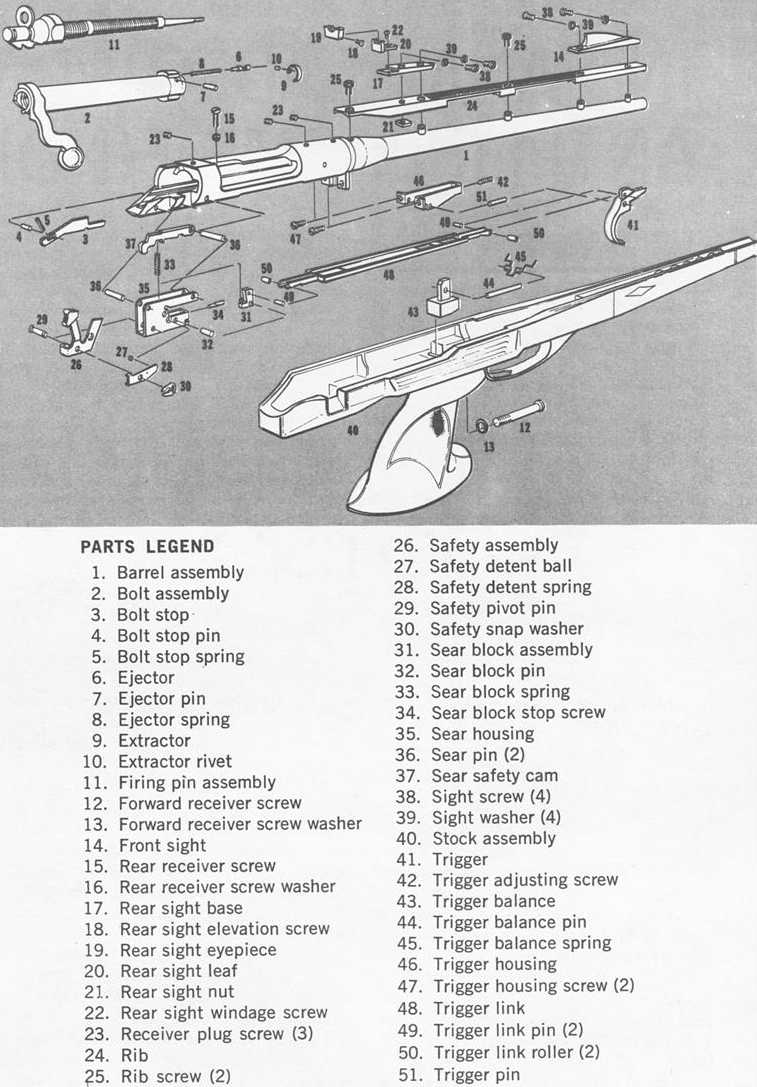 Remington essentially created a whole shooting sports genre with the XP-100. It remained in production for more than 30 years from 1963-1998. the original model featured a plastic stock shaped somewhat like what one would expect to find on an Olympic Free Pistol. The XP-100 is well balanced for single handed off hand shooting and is comfortable for two handed use also. It proved to be an excellent varmint handgun. 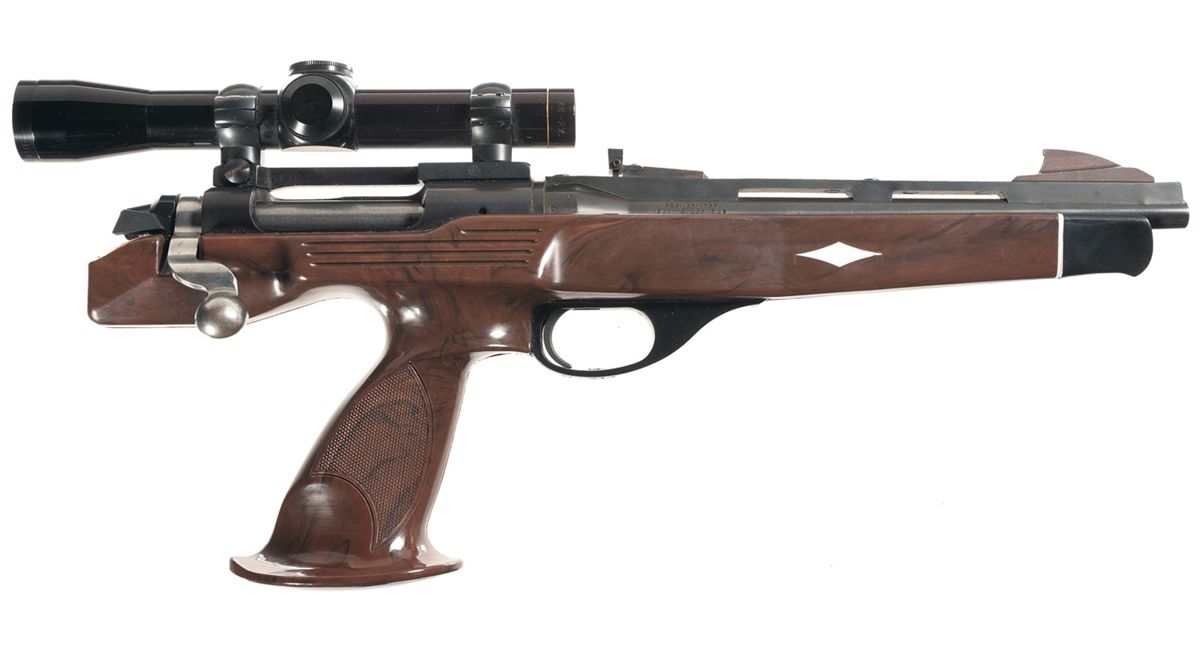 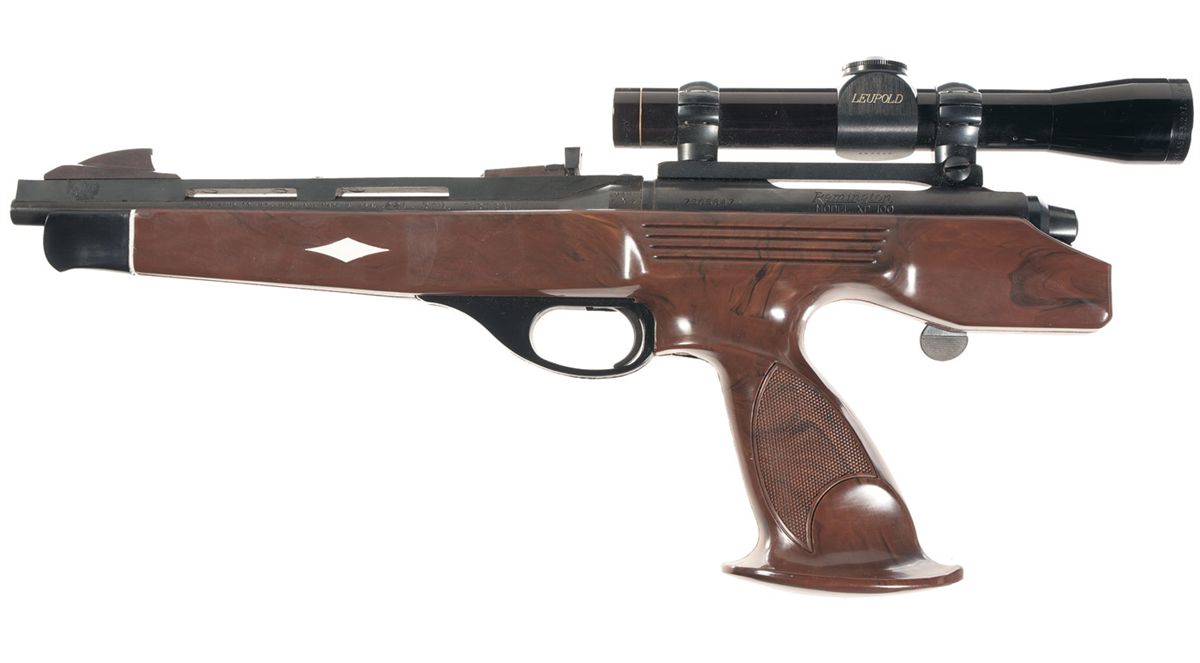 Left side view of an original XP-100. Note that the pistol grip is made to provide support for either right handed or left handed use. (Picture courtesy icollector.com).

For those interested in the XP-100 and customising work there is a good article in PDF format over at Berger Bullets.

The XP-100 has proven accuracy in a small package. It is a wonderful hunting pistol.