Despite the fact that most people think of the Aston Martin DB5 as being the most desirable of the series that began with the DB2, primarily because of its association with the fictional character James Bond in the 1964 movie “Goldfinger”, it is really the DB6 that proved to be the ultimate development of the “David Brown” cars. 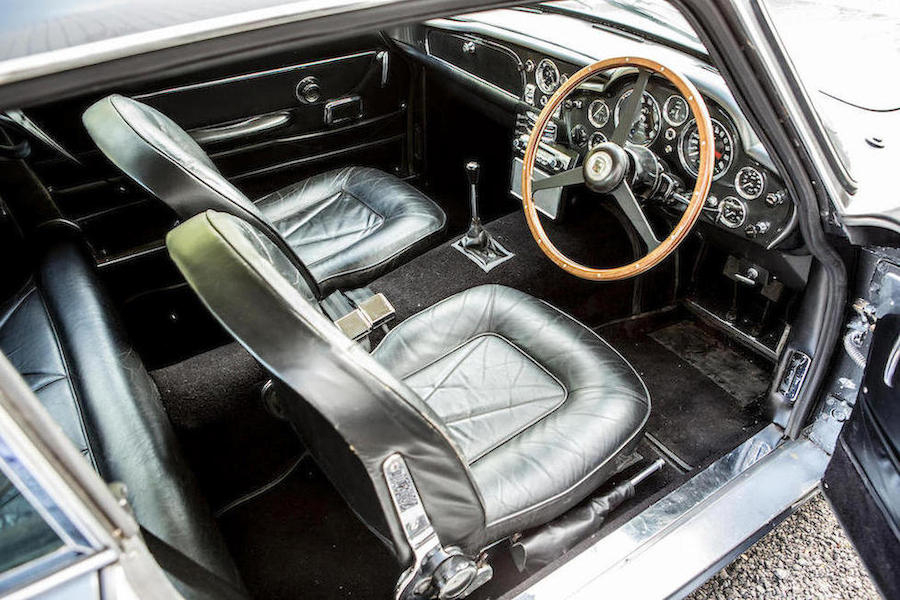 The DB6 was made with a 3¾” longer wheelbase which translated into significantly better rear leg-room.

Because of its heritage the DB6 incorporates features that stem from the golden era of British motor cars. The engine originated with a design by William (Willie) Watson and supervised by none less than W.O. Bentley himself. This engine was then re-designed by Polish engineer Tadek Marek, who would go on to create the Aston Martin V8. But the DB6 was fitted with the DOHC six cylinder that traced its lineage back to Bentley. 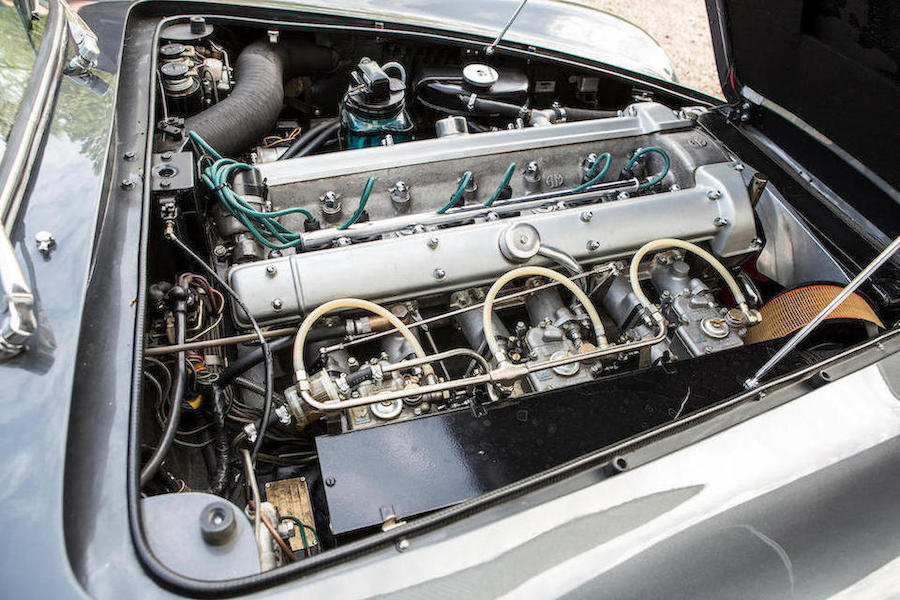 The DOHC six cylinder engine of the DB6 traces its lineage back to W.O. Bentley, and was re-designed by Tadek Marek. It is an impressive sight when the hood/bonnet is raised.

Despite retaining the unmistakable styling of the DB4 and DB5 the DB6 was a significant departure in terms of what lay underneath that exotic looking aluminum bodywork. Whereas the DB4 and DB5 had used the Superleggera construction which consists of a tubular steel frame overlaid with aluminum panels, the DB6 did not, but instead used a pressed steel frame on an underlying platform. The car was made with a wheelbase that was 3¾” longer to improve the car’s stability: and this also served to provide a welcome increase in rear seat leg-room which, combined with the increased roof height, made for much improved rear seat passenger comfort.

The DB6 has an increased wheelbase, and increased roof height. With the car’s more raked windscreen this is barely noticeable unless you park the car beside a DB4 or DB5. The DB6 is only 2″ longer than the DB5.

Much effort went into the aerodynamics of the DB6 and the car has significantly better high speed stability as a result. The fastback style of body necessarily creates a wing effect drawing the rear of the car upwards as the air-stream is sucked down by the sloping rear roof-line. The DB4 and DB5 both suffered from high speed rear lift, but the DB6 rear was designed with a Kamm style integral rear spoiler to re-direct the air-stream upwards, thus providing a down-force to counteract the up-force created by the roof-line.

Many regarded the rear Kamm style rear spoiler as not being as pretty as the fins of the DB6’s predecessors. It might not be as pretty, but does provide much improved high speed stability.

The DB6 kept the same suspension system as the DB5; at the front were the ball-joined wishbones with coil springs and an anti-roll bar, whilst at the rear was a well located live axle with coil springs and adjustable shock absorbers which could be adjusted by the driver from the cockpit. Brakes were Girling servo assisted discs front and rear. 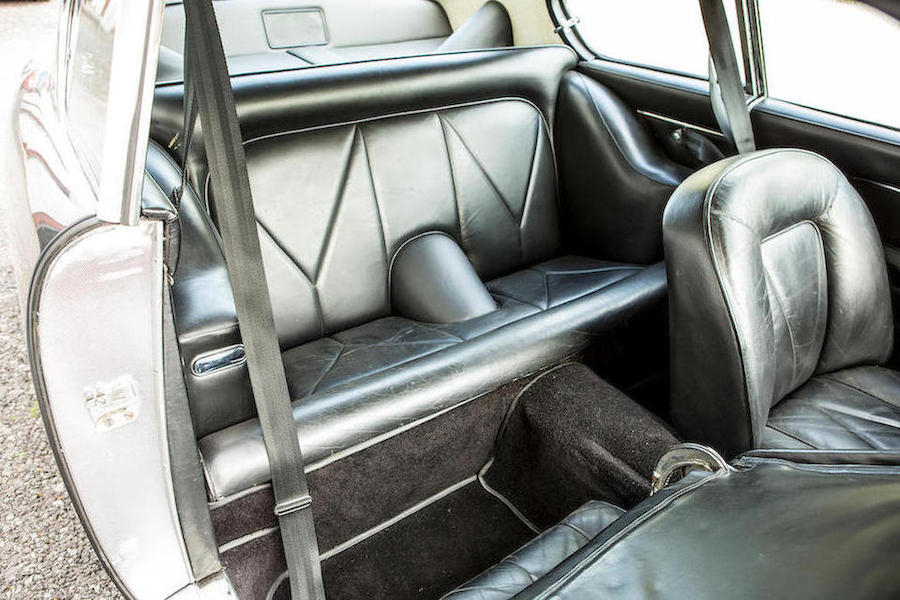 The DB6 has significantly better leg and head room for rear seat passengers.

The engine of the DB6 was the same 3,995 cc (243.8 cu. in.) DOHC in-line six used in the DB5 complete with triple SU carburettors for the standard model. In addition a Vantage model was offered with triple Weber twin-choke 45DCOE side-draft carburetors and revised camshaft profiles. The standard engine produced 282 bhp @ 5500 rpm and torque of 280 lbs-ft @ 4500 rpm. The Vantage engine of the DB6 was slightly uprated from its DB5 predecessor and produced 325bhp. Overall the DB6 was 17lb heavier than the DB5 but performance remained the same. 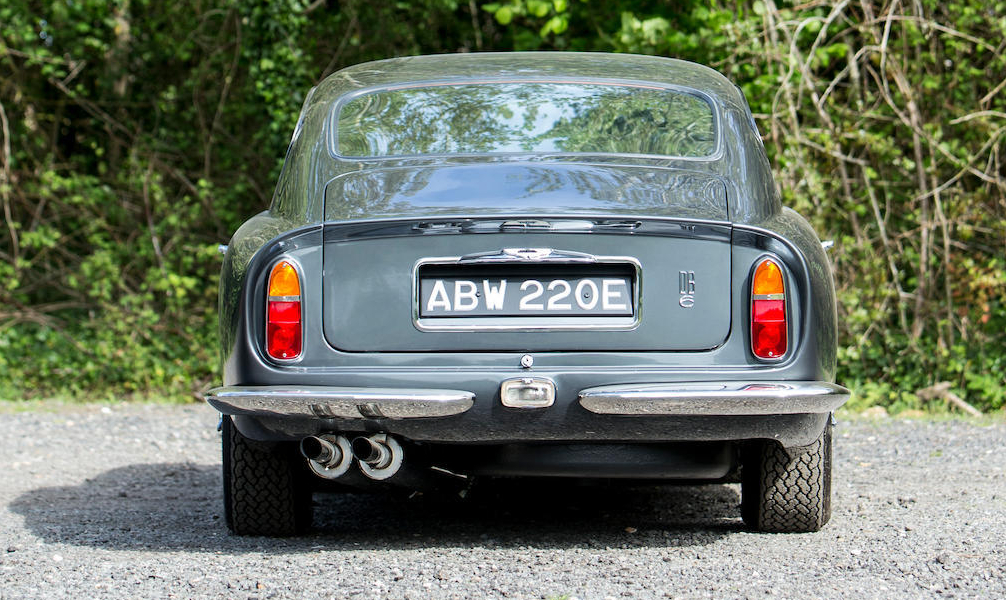 The DB6 rear end styling is purposeful, accentuated by the twin exhausts of this car. The DB6 features quarter bumpers front and rear.

Despite some Aston Martin customers being a little cautious of the more practical, but perhaps not quite so pretty DB6, the motoring press were quick to realize the improvements in the car and welcome them. John Bolster  writing in the Autosport magazine of 21st October 1966 said “There can be little doubt that the DB6 is the best Aston yet and it is a credit to British engineering.” 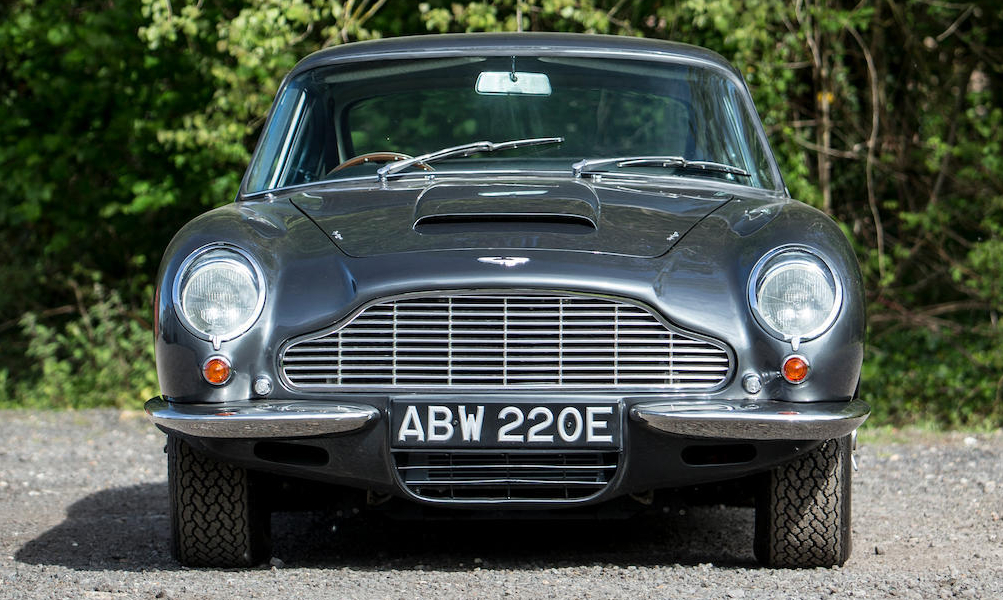 The DB6 is a study in carefully integrated aerodynamics: note the subtle air scoop under the radiator which would help act as a modest spoiler to create downforce at the front, and the brake cooling vents.

The DB6 is properly regarded as the last “proper” Aston and it is without doubt the cream of the crop. If you want to own a “proper” Aston to drive and enjoy then the DB6 beats James Bond’s DB5 hands down. And let’s face it, James Bond has by now hung up his Berns Martin Triple Draw holster with the nasty Nazi era Walther PPK pistol that he never liked (Adolf Hitler also had one), and he’s left the spy business behind and moved away from dingy Britain to warmer climes, leaving the DB5 behind to replace it with something more fun, like a Riva Aquarama for example. I can just imagine him singing “From Russia with love” as he water skis in the Bahamas. 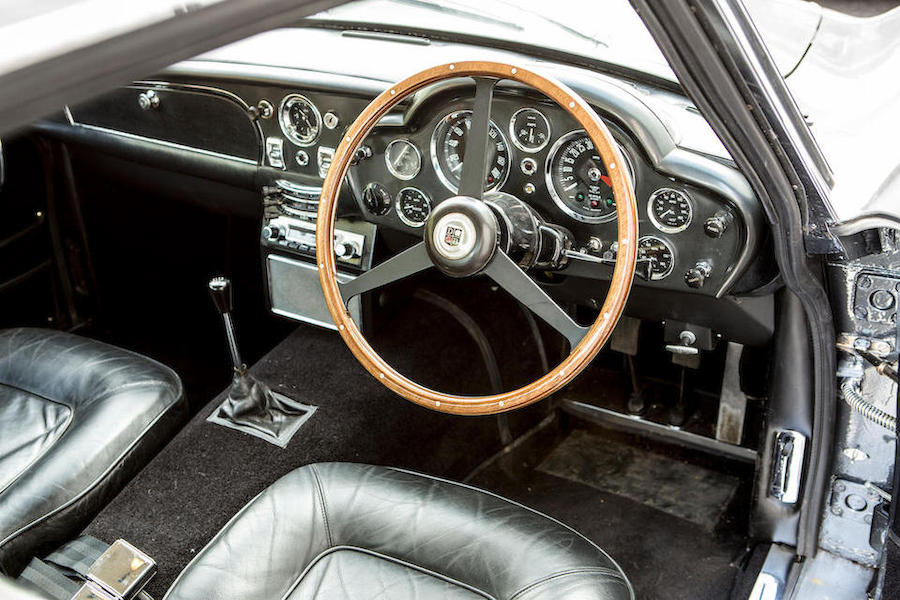 The DB6 has much the same dashboard as the DB5, without the 007 accessories such as the unwanted passenger ejector seat.

If you are looking for a nice example of a “proper” Aston Martin then the DB6 in our photographs is coming up for sale at the Goodwood Festival of Speed by Bonhams on July 13th, 2018. The sale car has had its engine upgraded to 4.5 liters capacity and it has the Vantage specification Weber twin-choke 45DCOE side-draft carburetors, so it would be quite a bit quicker than Bond’s DB5 (.30 caliber machine guns and ammo are pretty heavy as is a bullet proof steel rear shield, not to mention the extra oil tanks for the oil slick dispersing unit: So Bond’s DB5 was carrying a lot of extra weight).

The car is expected to sell in the range £180,000-£240,000 which is a heck of a lot cheaper than a classic Ferrari, but still enough to purchase a modest house somewhere remote, like Australia.

The Aston Martin DB6, arguably the greatest of the “proper” Aston Martins. How could you not want one? 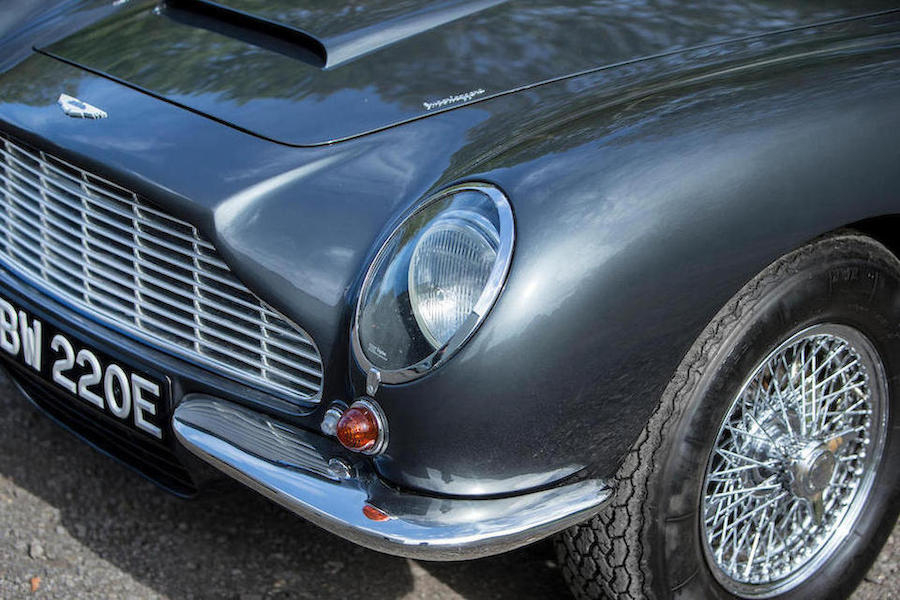