Back in 1928 a young man named Edward Turner came up with a design for a motorcycle engine that he believed would be a world beater. He went from manufacturer to manufacturer showing his idea and looking for a job. The management at British motorcycle manufacturer Ariel saw the potential and gave him a job. Edward Turner would rise through the ranks into management even as the Ariel Company vanished and he moved on to work for Triumph and Daimler, designing the V8 engine of the Daimler SP250 sports car favoured by the British Police in the sixties. 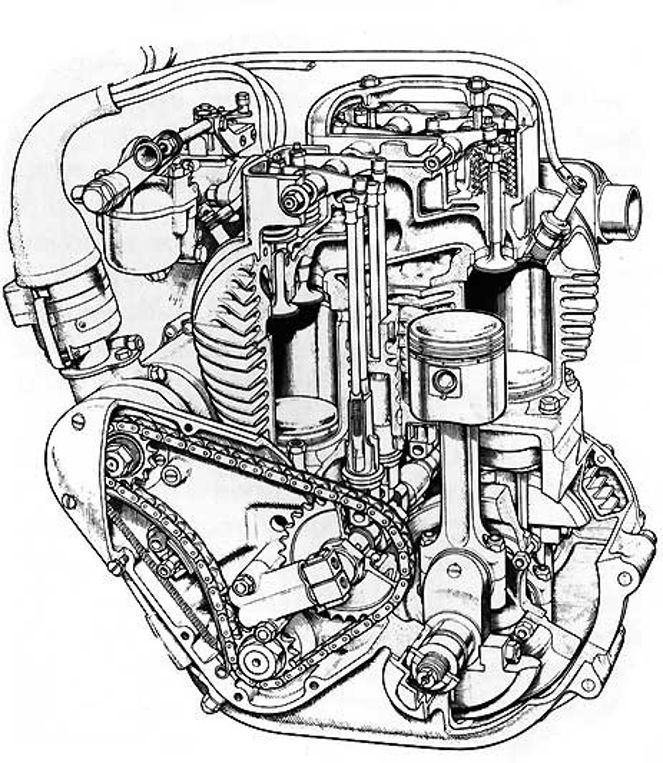 Although Edward Turner created many successful designs the one he is most remembered for is his first design that he had tried to peddle going door to door from one manufacturer to another. This was his square four engine. 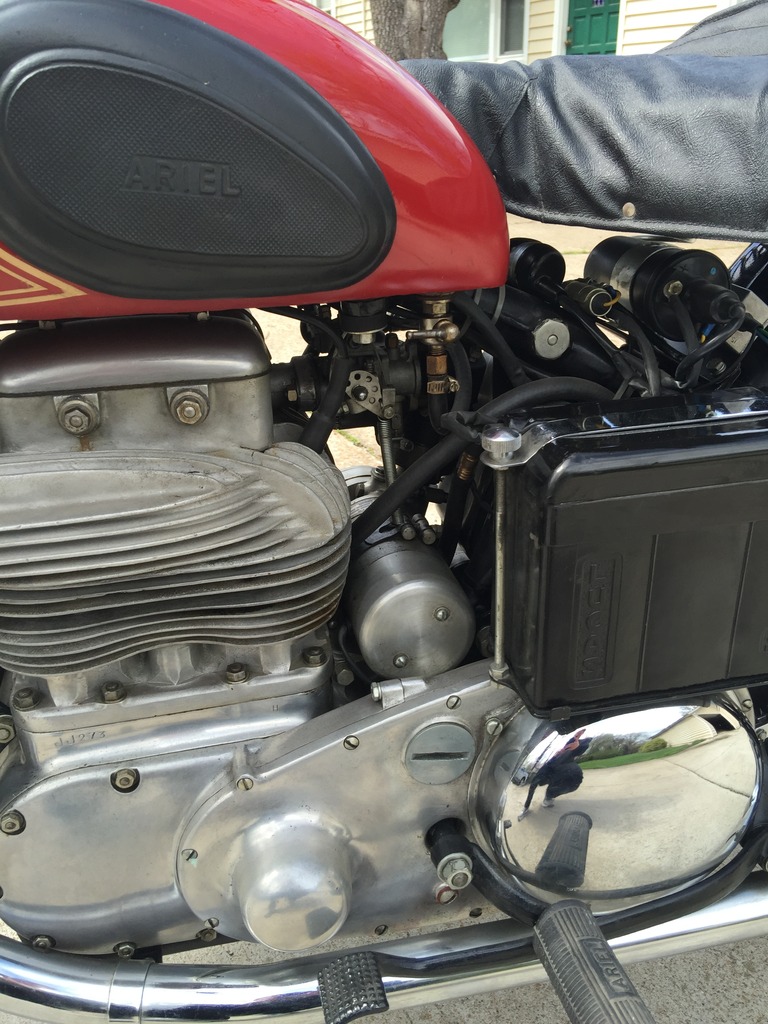 The housing of the twin coupled flywheels and the drive into the gearbox. (Picture courtesy eBay).

The Ariel Square Four was in production from 1931 to 1959 and went through four basic models. The 4F from 1931-1936 which developed a reputation for inadequate cooling for the rear cylinders and was thus re-designed to create the 4G which had a 997ccc overhead valve engine and was in production from 1936-1949. From 1949-1953 the Ariel Square Four Mark I was in production and the sale bike we are featuring is one of those made in 1952. This bike has an alloy cylinder head and barrel and produces 35bhp at 5,500rpm giving a top speed around 90mph. 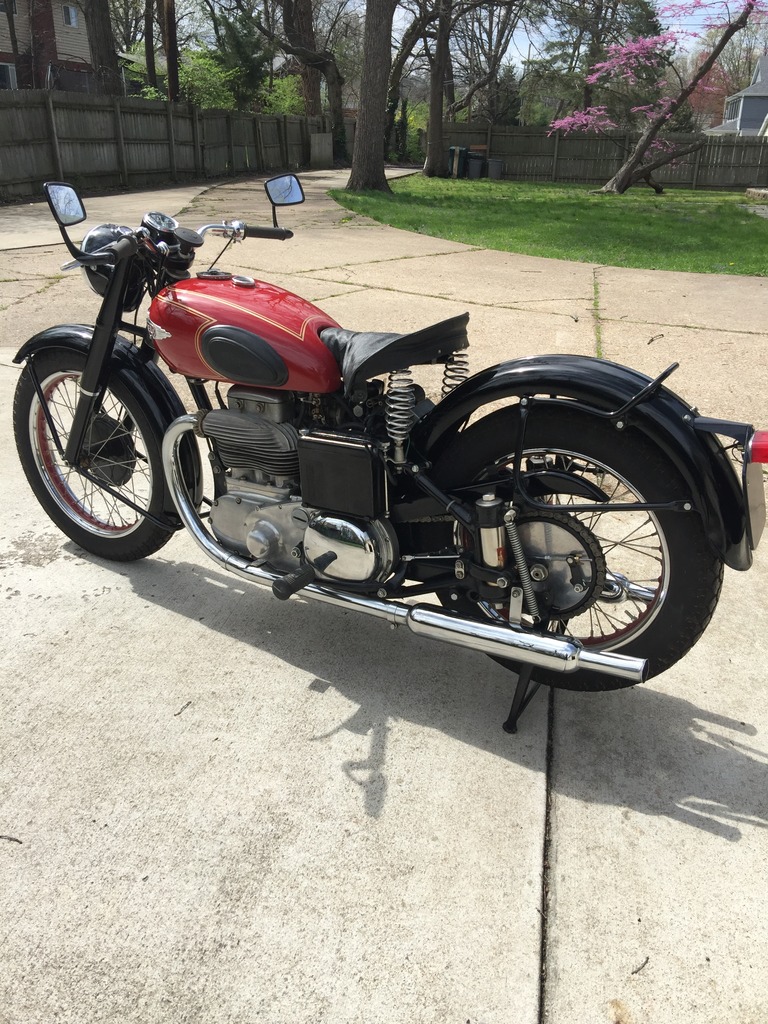 The final model of the Ariel Square 4 was the Mark II which had a number of refinements including four exhaust pipes to ensure better cooling, especially of the rear cylinders. These were in production from 1953-1959. 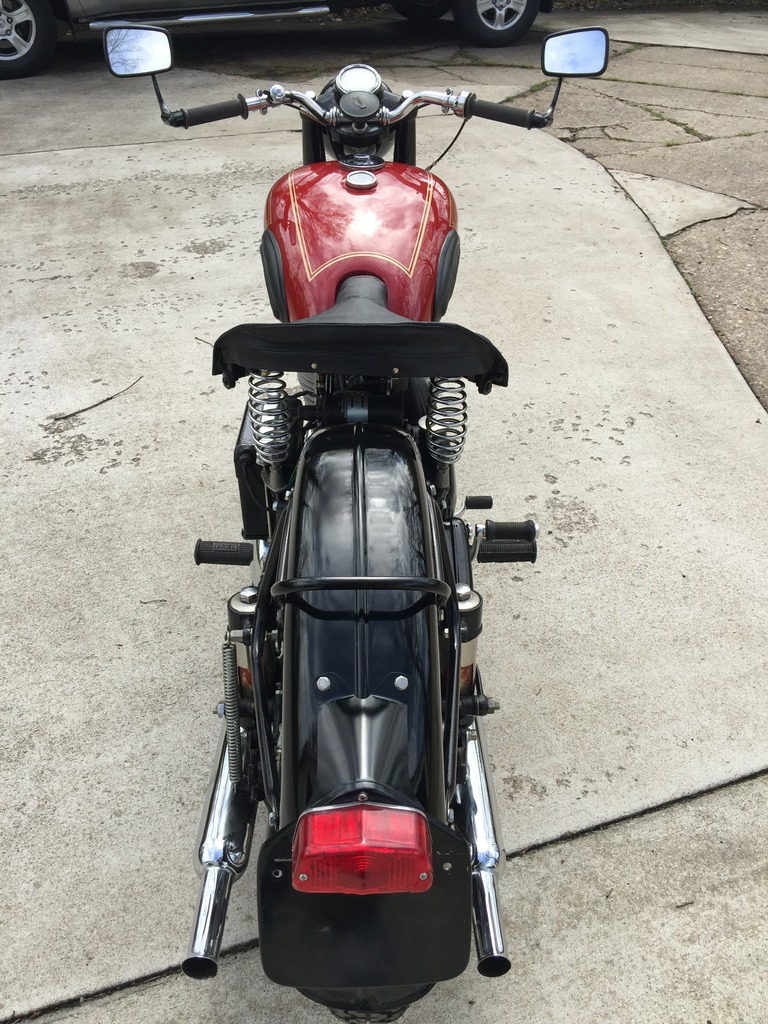 The suspension refinements on the Mark I with the sprung seat make this a comfortable touring bike. (Picture courtesy eBay).

The motorcycle we are featuring is for sale on eBay and at time of writing there was eight days left for the auction to run. The bike is described as having been fully restored and only run for 700 miles since that restoration. The only fault listed is that the fuel tank cap has a clip that needs to be re-fitted properly. Otherwise the bike should need the usual preparation one does on a bike that has been in storage prior to riding. 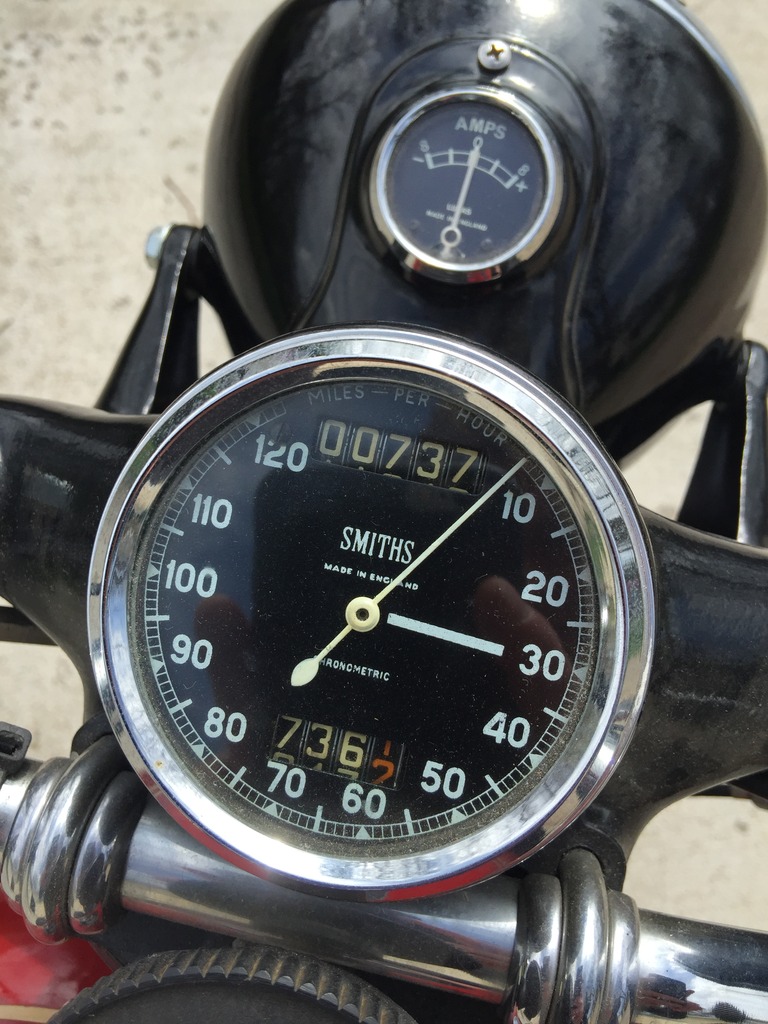 The Ariel Square 4 is a cruising and touring bike with a low revving engine and is well suited to riding or for use with a sidecar. This looks to be a very nice example of a desirable motorcycle. 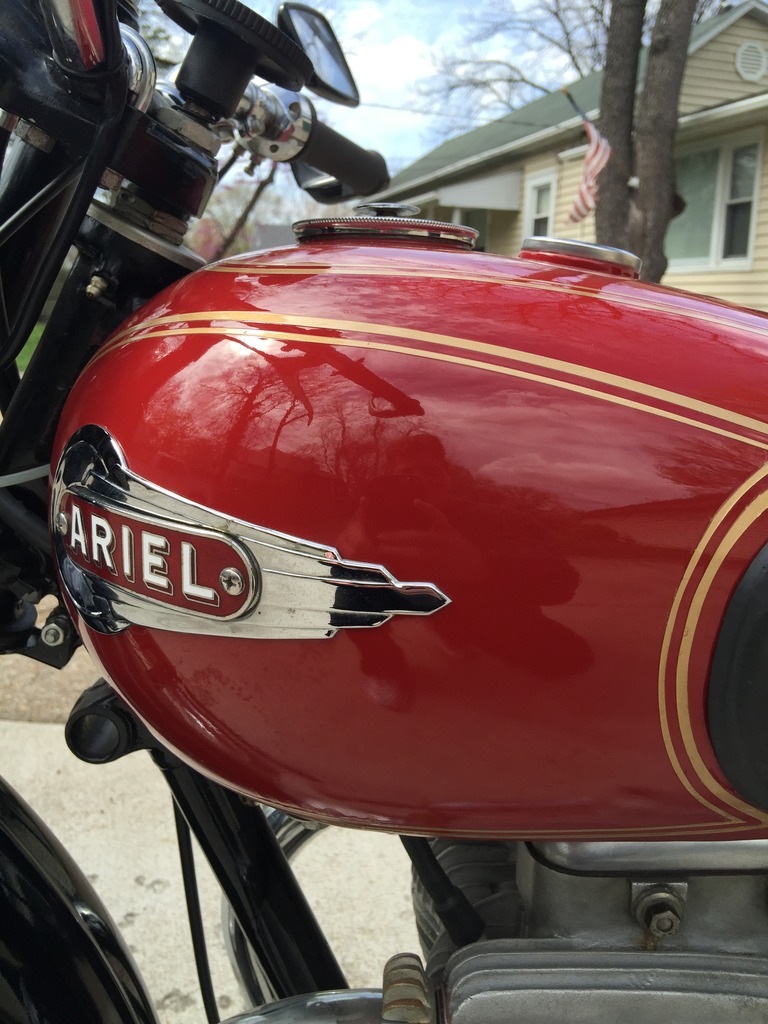