The Browning BAR Mark II Safari is a well respected semi-automatic rifle, in fact to describe it as “well respected” is understating the case, it is a “much loved” and sought after rifle. Of the various models of the BAR it is the steel receiver Mark II that is the most respected above the alloy receiver models with their European “avant garde” styling, which some like, and some dislike. But the BAR Mark II is the one that appeals to classic rifle aficionados who just love walnut and blued steel. Having said that, the predecessor of the Mark II has a strong following and is an action with perhaps even greater potential.

The current Browning BAR Mark II Safari is made in a range of popular calibers; .243 Winchester, 25-06, .270 Winchester, 7mm Remington Magnum, .308 Winchester, 30-06, .300 Winchester Magnum, and .338 Winchester Magnum. Although this list of calibers makes perfect sense it does seem to be a little incomplete, especially for a rifle that is dubbed “Safari”. A “safari” rifle is normally thought of as a heavy caliber medium bore or big bore capable of legally and safely taking any of Africa’s “Big Five”. But with the largest caliber offered in the BAR Mark II Safari being the .338 Winchester Magnum this rifle is of too small a caliber to be legal for the “Big Five” in many African nations where either the .375 Holland & Holland Magnum is the legal minimum, whilst others insist on .40 caliber on up such as the .404 Jeffery or the .416 Rigby. 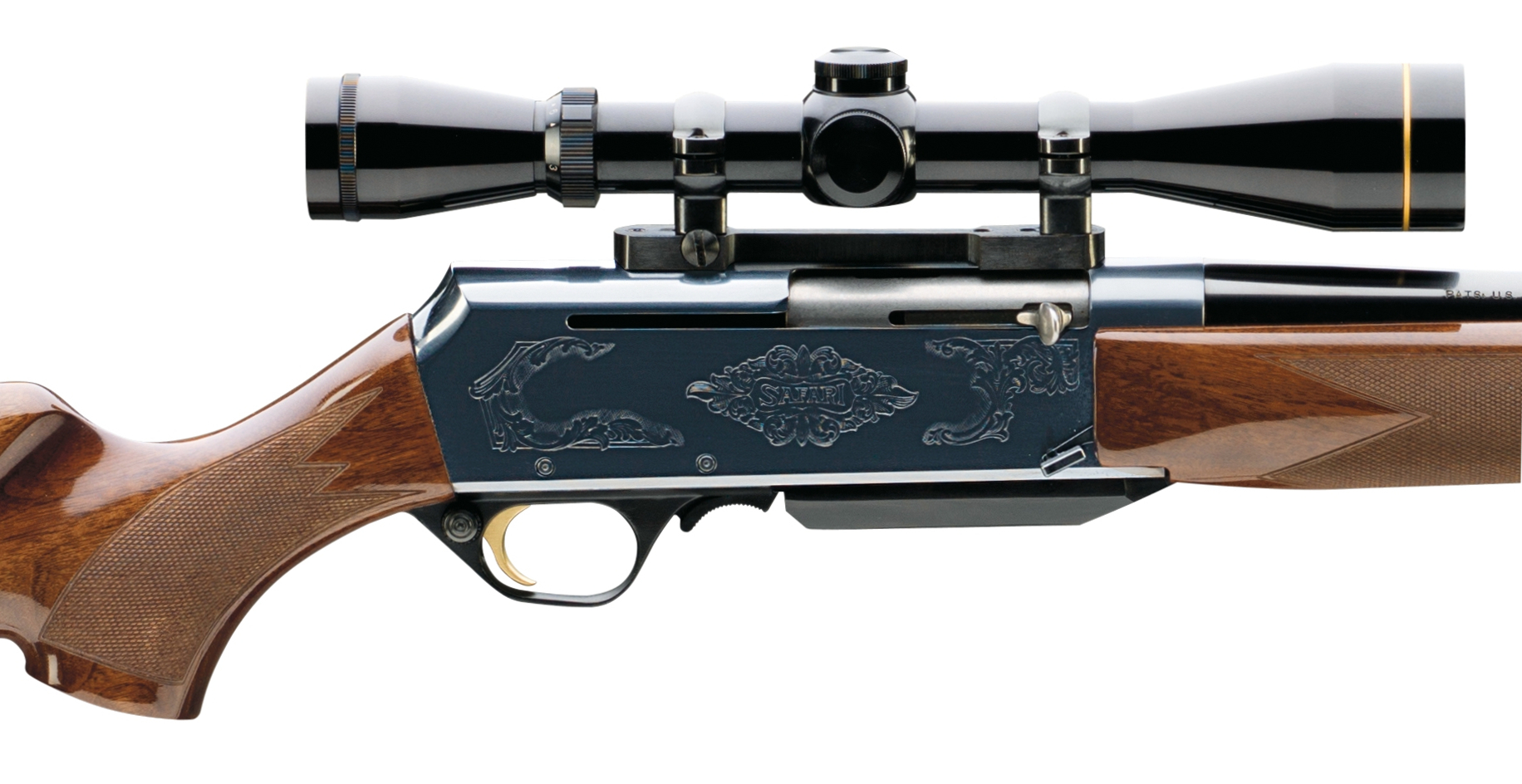 Browning are of course being entirely sensible in limiting their caliber offerings for the BAR Mark II Safari to popular ones that will sell well in the United States and Canada, these are countries where semi-automatic hunting rifles are legal and popular. Whereas in most if not all African nations where big game is hunted semi-automatic rifles are either banned or heavily restricted. So for Browning it no doubt does not make sense to go through the development difficulties and commercial risk of offering the BAR Mark II Safari in calibers that would be suitable and legal for Africa’s Big Five.

But the world would be a dreadfully boring place if we only ever did what was sensible.

Bull Creek Arms is a gun-smithing company that has decided to take on the development of conversions for the pre-Mark II BAR to .458 Winchester Magnum, and have also created a conversion to the arguably even more preferable .416 Taylor. Their conversion is only for pre-Mark II BAR rifles not for the current production Mark II.

The Browning BAR action is only able to handle standard length cartridges such as the 30-06 or .338 Winchester Magnum. This means that the only genuine safari rifle cartridges a BAR can be converted to are those that are within that standard length constraint. This limits the field considerably as the traditional big game calibers mostly require a magnum length action or they require extensive modification to open up room in the receiver ring and bridge of a standard action to accommodate them. For example, the pre-64 Winchester Model 70 bolt action rifles chambered for the .300 and .375 Holland & Holland Magnums had part of the receiver ring ground away and also part of the receiver bridge. 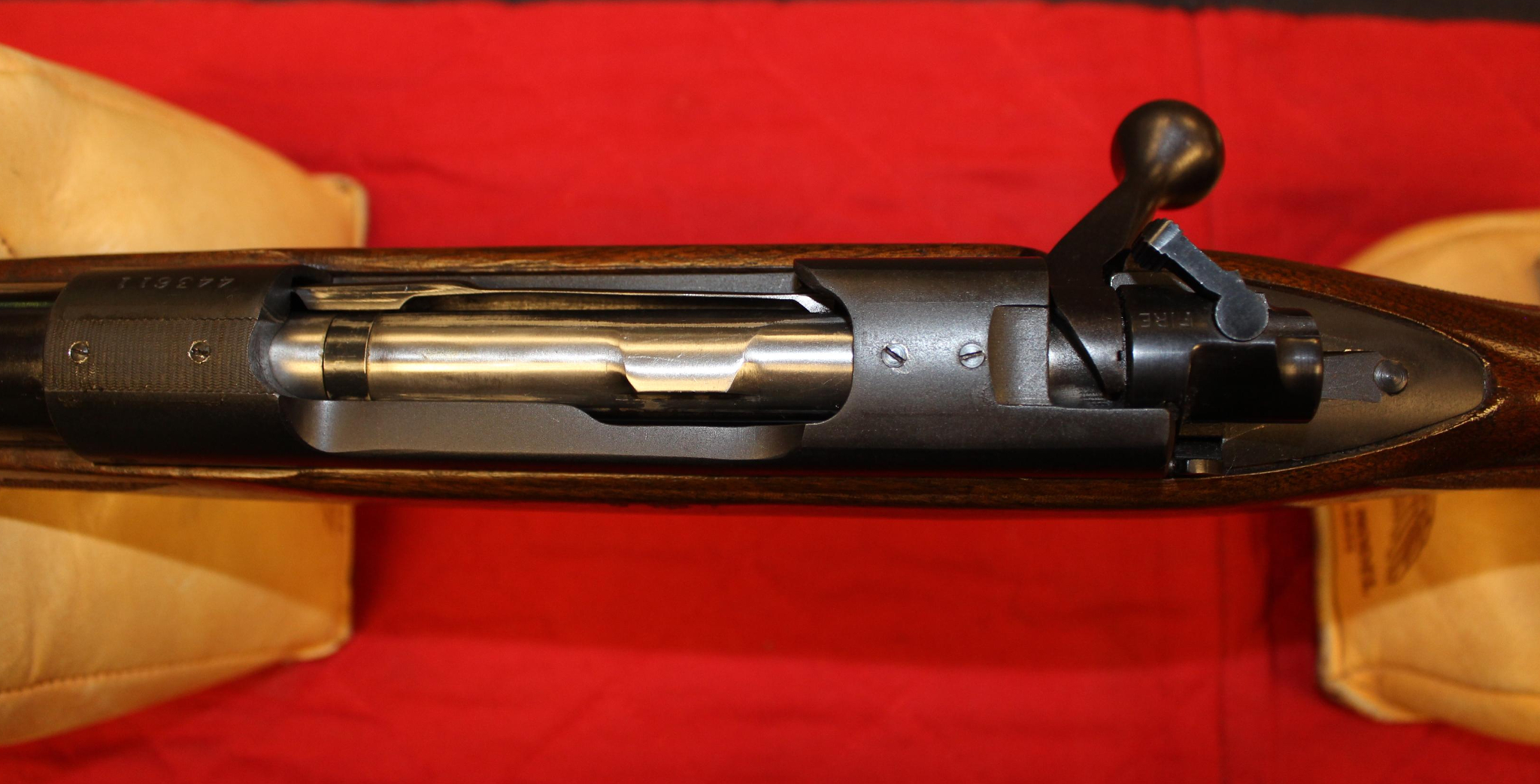 Pre-64 Model 70 Winchester in .300 Holland & Holland Magnum: note the grinding away of part of the receiver ring and bridge to accommodate the longer than standard cartridge. (Picture courtesy GunsAmerica).

The Browning BAR conversion from Bull Creek Arms in .416 Taylor is fitted with a 21.5″ barrel and weighs just 5lb. The semi-automatic action will absorb some of the recoil energy and the BAR’s straight stock will assist with recoil control as well, but if you are planning on purchasing one you would need to be sure you have sufficient experience with significant doses of recoil in a lightweight rifle, or you may want to have your rifle custom built with a bit more weight in it. Discussion with the folks at Bull Creek Arms will clarify any questions.

You will find the information page on the .416 Taylor Bull Creek Arms Browning pre-Mark II BAR if you click here.

The finished rifle is fitted with NECG iron sights and provided with a custom chamber/case gage to ensure that your reloading dies are set up correctly and that your loaded rounds will chamber properly.

If the customer provides a suitable rifle the conversion cost is from USD$1,200 on up depending on the work that needs to be done and/or customer specifications.

You will find the information page on the .458 Winchester Magnum Bull Creek Arms Browning pre-Mark II BAR if you click here. 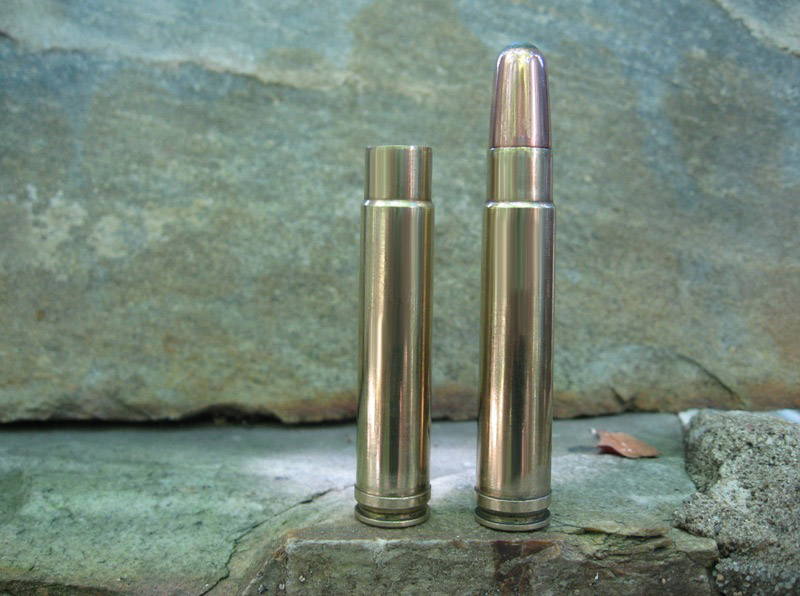 The .416 Taylor is an ideal cartridge for the Browning BAR and also for a standard length bolt action such as the Mauser 98 or Winchester Model 70. (Picture courtesy Lee [email protected]).

The Bull Creek Arms conversion for the pre-Mark II BAR is an interesting one that at last provides semi-automatic rifle aficionados with the full power of a genuine safari cartridge. This is a quick handling BAR with four shots capacity (i.e. one in the chamber and three in the magazine), a rifle that delivers the big game/dangerous game potential that the production Browning BAR stopped short of.

If you’re one of those people who’ve longed for a true dangerous game BAR then Bull Creek Arms offers you the chance to make that dream a reality.