British motorcycle maker Vincent are amongst the best known of the “Best of British” motorbikes ever made. Such motorcycles as the Vincent Rapide and Black Shadow became household names, much admired, and much sought after. With the onset of the Second World War in 1939 however Vincent found themselves in the position of being called on to make things for the war effort, and those things were not motorcycles. Phil Vincent and Australian engineer Phil Irving were greatly respected for their engine designs, and so in 1942, shortly after the Japanese attack on Pearl Harbor in December 1941, the British Air Ministry approached Vincent with a challenging design problem for them to solve. The problem was to create a lifeboat engine that would provide no less than 1000 miles of range on just 50 gallons of gasoline of any grade from 70 octane typically used by the army to the 120 octane aircraft engine fuel. 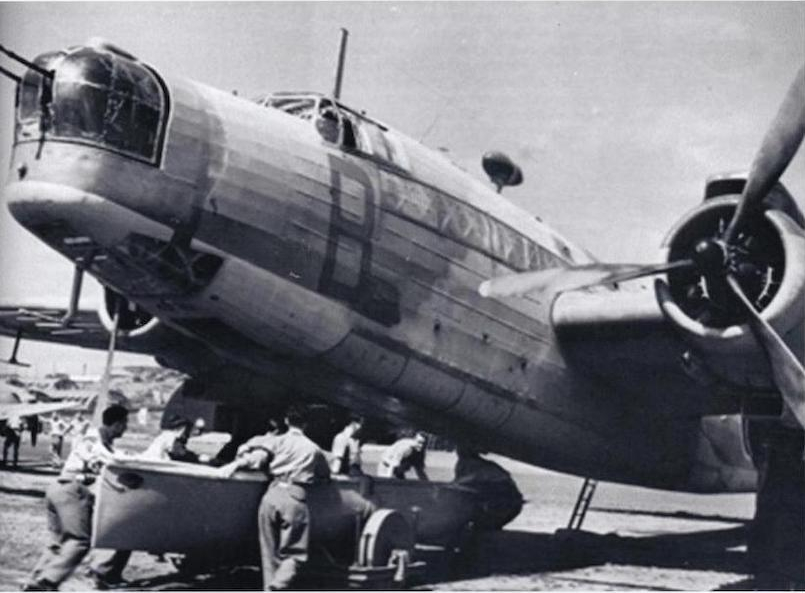 Crew fitting an aluminum lifeboat under a bomber. The purpose was for the bomber to drop the lifeboat to surviving air crew at sea so they could sail themselves to safety.

Prior to Japan entering the war the British military already had powered lifeboats that could be dropped from an aircraft for flight crew rescue, so the concept was proven. The existing lifeboats only had a range of 500 miles however, which was considered sufficient for crew rescue in the North Sea for example. But with the need to fight a war with an adversary in the Pacific Theater that was no longer sufficient: a 1000 mile range was needed. 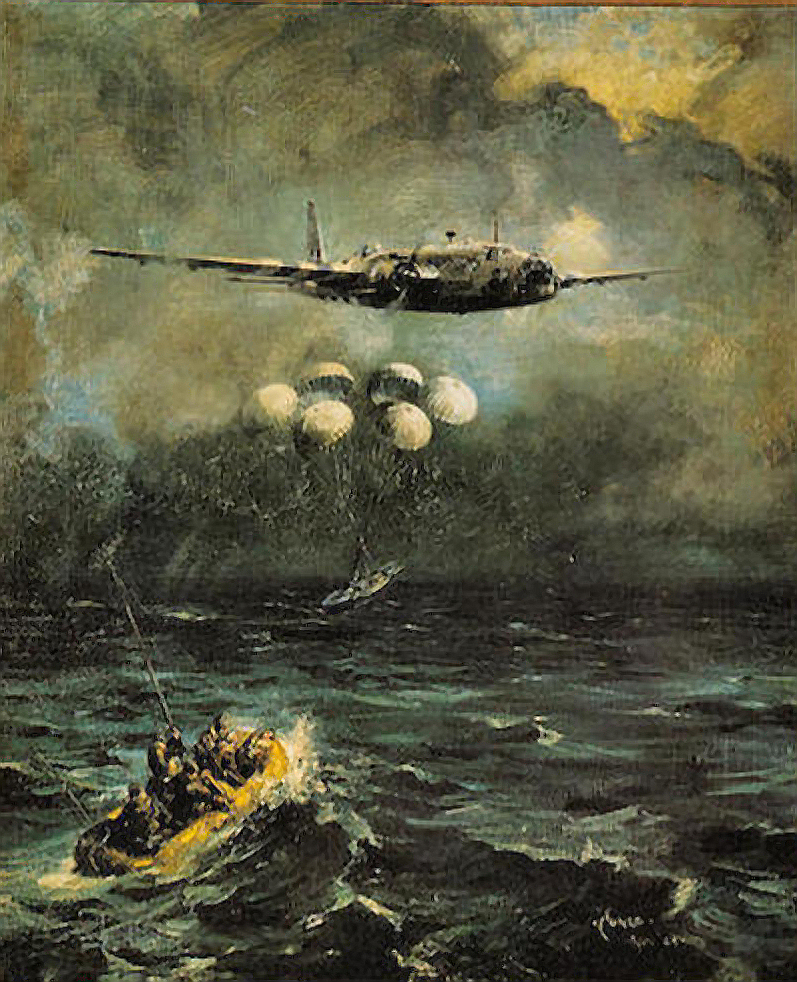 Artist’s impression of an aluminum lifeboat being dropped to stranded aircrew.

Phil Vincent already held patents on technology with which to create a suitable lightweight and fuel efficient engine, so he handed the task of designing the engine to in-house engineer Phil Irving. Phil Irving’s design solution to the problem was an unusual two-stroke engine that had three cylinders; two with opposing pistons for power, and the third, centrally mounted cylinder also with two opposing pistons to provide air/fuel intake with a swirling turbulence to aid even burning, yet removing the need for a pressurized crankcase as normally used in two-stroke engines. 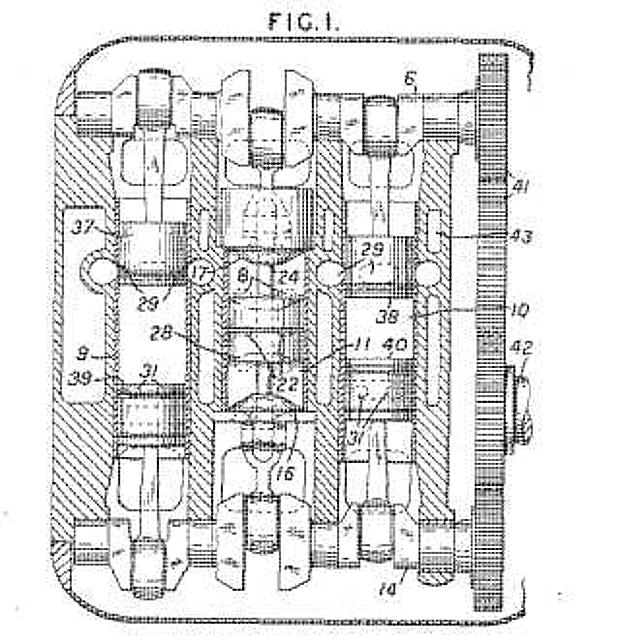 The use of opposing pistons in the Vincent Uniflow marine engine obviated the need for a heavy cylinder head and enabled the engine to be made compact and flat, keeping its center of gravity as low as possible, something that is important to maximize the stability of the lifeboat. The centrally mounted cylinder with its opposing pistons also enabled much more precision in the timing of the inlet of fuel/air mix to the power cylinders one and three. The design allowed for different timing for each cylinder to optimize power and fuel economy to reach the 1000 mile range target whilst also providing a boat speed of 5-6 knots. 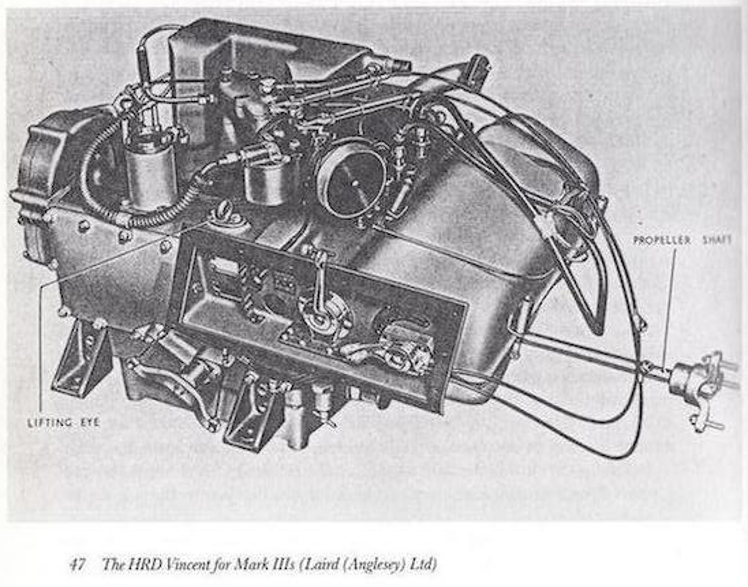 The Vincent Uniflow engine had a low profile to aid in keeping the lifeboat’s center of gravity as low as possible.

Although Vincent got to work on the creation of the Vincent Uniflow marine engine the urgent need for it ended quickly because the Japanese military conquered much of Asia from China to Indonesia at a speed that shocked the British Government. Even Singapore, that had been considered to be a strong bastion against the Japanese, fell with little resistance. Nonetheless Phil Irving set to work to create an engine that could be expected to be put into use if the Japanese were able to be pushed back out of the lands they had conquered, and for the final assault on Japan itself. The engine was designed to produce 15hp @3,000rpm and to be frugal on fuel, so efficient that it was as good as a comparable four-stroke. The engine was to be able to be hand started although that proved difficult and an electric starter was included in the final design, which tipped the scales at 256lb/116kg dry. The engine passed the relevant Air Minstry tests when it was completed in 1949, too late to play a part in the defeat of the Empire of Japan.

(Note: for a detailed description of the working of the Vincent Uniflow engine you can read the patent description if you click here). 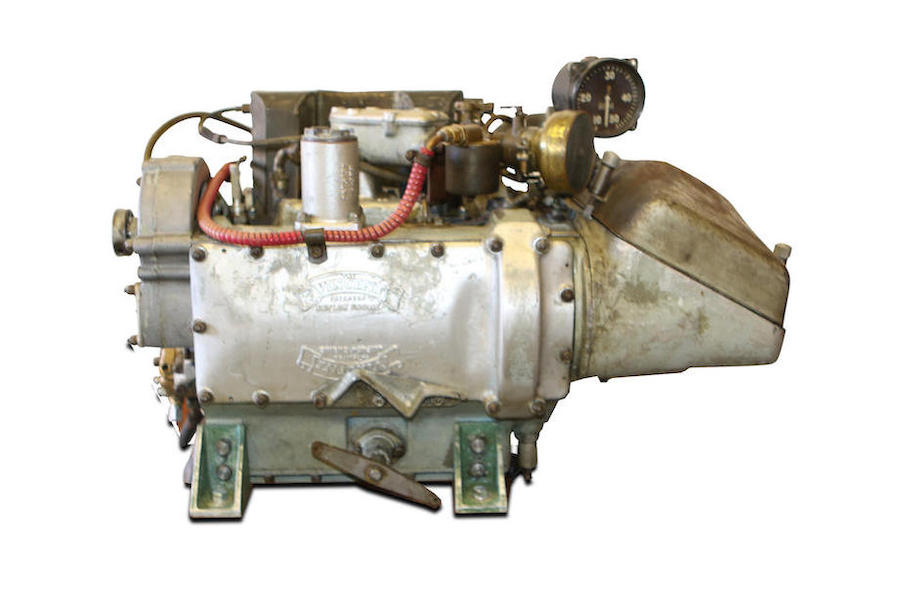 Of the fifty engines ordered by the Air Ministry twelve survived. One which sounds quite complete is coming up for sale by Bonhams at their Spring Stafford Sale, to be held on April 21st, 2018. That engine is pictured above and in the feature image at the head of this post.

You will find the sale page for that engine if you click here. 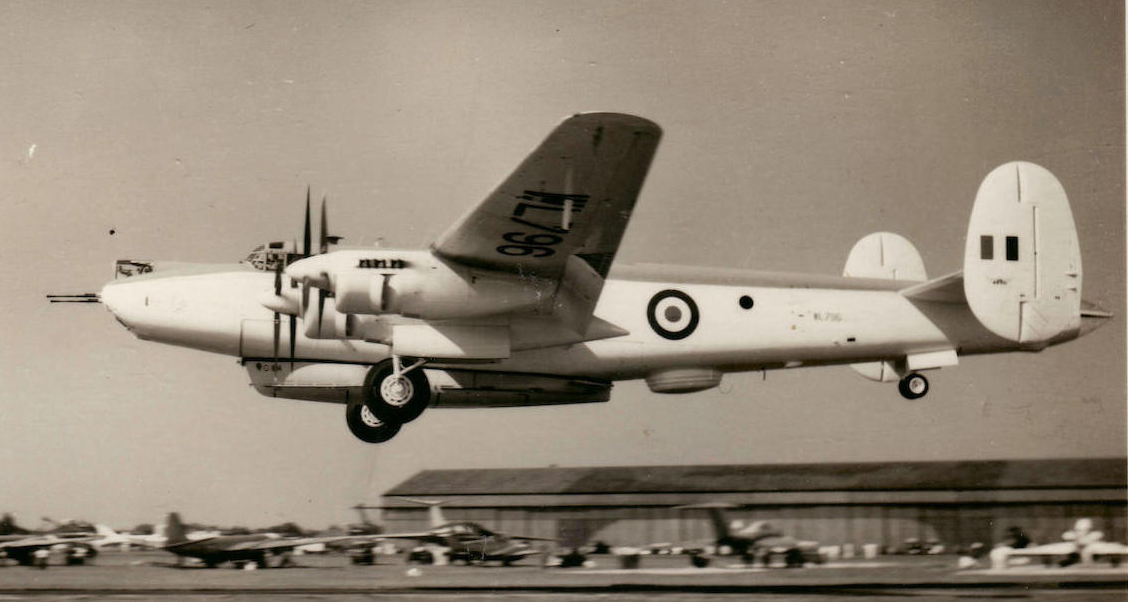 The Vincent Uniflow marine lifeboat engine is an example of the creative genius of Phil Vincent and Phil Irving. These two men who made a profound mark on the world of motorcycling were genuine out of the box thinkers whose creations were more often than not ahead of their time.

(Pictures courtesy Bonhams with the exception of the patent drawing which is courtesy European Patent Office).