The AJS 7R was one of the best choices for the amateur motorcycle racer of the fifties and sixties. It remains today one of the best choices for someone wanting to enter vintage motorcycle racing events. The 7R earned itself the nick-name of “The boy racer” early on in its career which began in 1948 and ended in 1963, an end caused by its finally being found unable to compete with the new wave of multi-cylinder racing motorcycles. 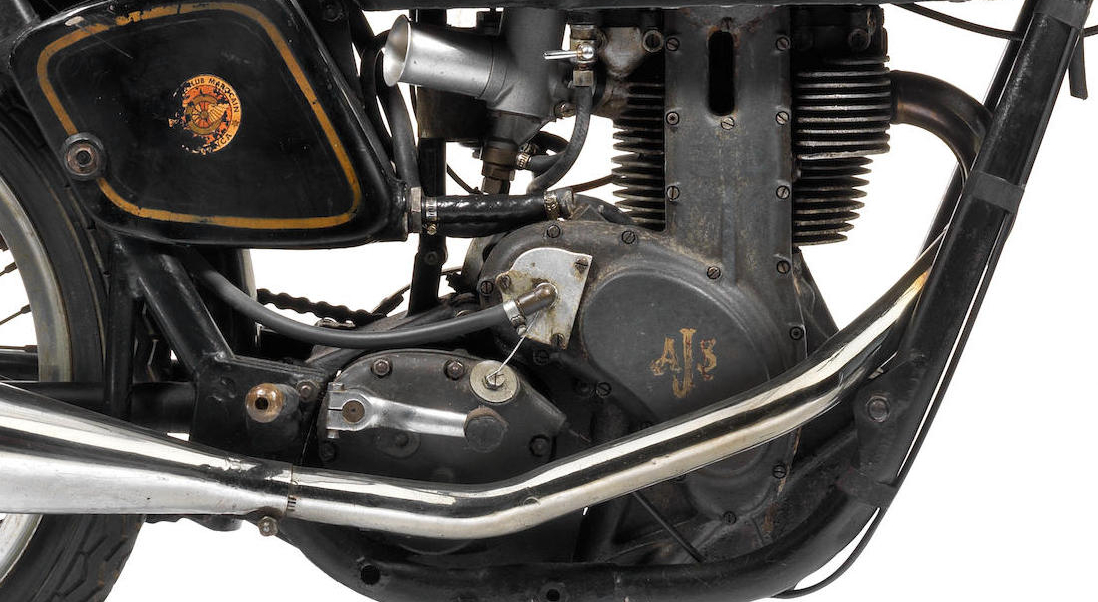 The AJS 7R engine features a chain drive overhead camshaft which gives it this characteristic timing chain cover. Sometimes owners paint this in a contrasting color such as gold.

British motorcycle maker AJS began way back in 1909 as A.J. Stevens & Co. Ltd., but in 1938 was absorbed into Associated Motor Cycles (AMC) which included the Matchless and later the Norton brands. AJS was developed as a racing motorcycle maker during this time despite some interruption caused by events in Europe during the first part of the 1940’s. Once the hostilities were over and AJS were able to get back into making performance motorcycles they came up with two significant models, the AJS Porcupine, which was fitted with a 500 cc parallel twin engine, and the AJS 7R, which was powered by a wonderful sounding Phil Walker designed 350 cc single cylinder engine with a chain driven single overhead camshaft. 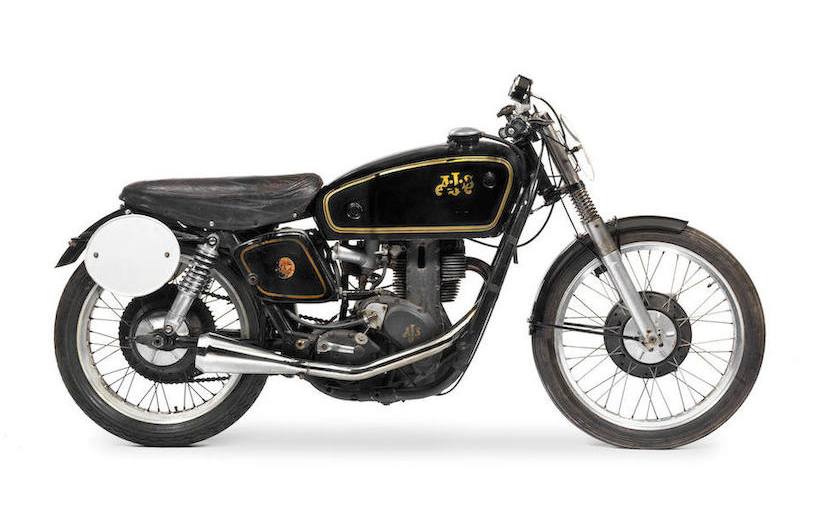 The AJS 7R was powered by a SOHC 350 cc single cylinder engine. Some factory racing versions were designated the 7R3 and were fitted with a three valve cylinder head.

The AJS 7R, being a racing motorcycle, went through constant development and improvement. The duplex loop frame with Teledraulic front forks and telescopic rear shock absorbers stayed the same, but the engine was progressively modified. This was needed because in its first iteration the 7R’s engine was not as powerful as those fitted to its rivals, Velocette KTT and Junior Manx Norton. So it needed some work to make it properly competitive. The 7R was a light and lively handling machine though, tipping the scales at a modest 285 lbs/129 kg, which tended to make up for its slight deficiency in the horsepower department, the engine power being 32 bhp in early models.

As is typical in a racing motorcycle every effort has been made to reduce weight, as can be seen with the exposed chain drive.

The development of the 7R’s engine was done by another engineer named Jack Williams, who experimented with valve angles, resulting in them being made steeper; he also shortened the long 74×81 mm bore/stroke to a near square 75.5×78 mm which enabled the engine to rev higher. During this work the crankshaft was strengthened also. Engine power was up to 40 bhp @ 7,800 rpm, and later, by the end of production the 7R’s engine was producing 41 bhp.

In 1951 for the works racing bikes only, the three valve 7R3 was created, and then in 1954 models the engine was lowered in the frame to lower the bike’s center of gravity. This was the bike that in 1954 won the first two rounds of the World Championship and a took a win at the Isle of Man TT. 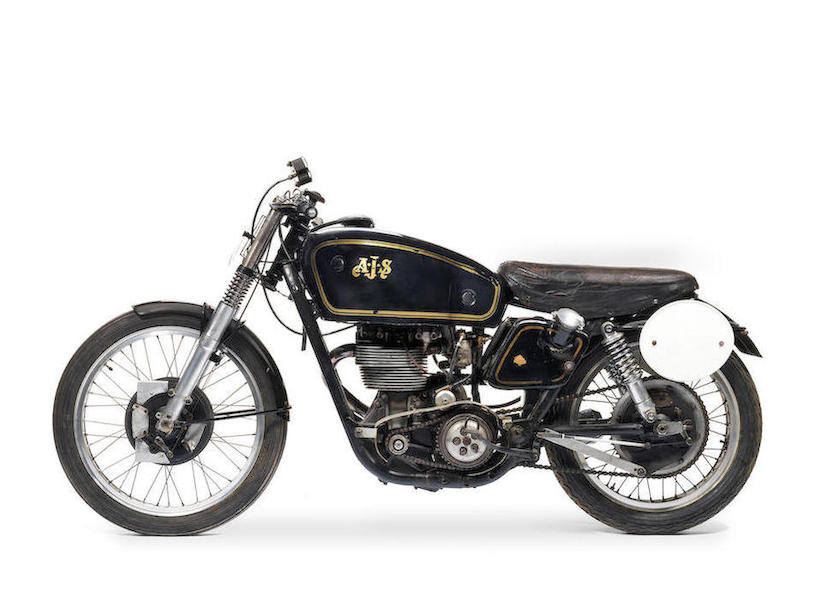 The 1950 AJS 7R in our photos is an un-restored bike that is coming up for sale by Bonhams at their The Bond Street Sale to be held in London, UK, on Saturday December 2nd, 2017.

If you are looking for an un-restored collector AJS 7R, or are searching for a suitable bike for classic vintage motorcycle racing, this could be an excellent acquisition. The 7R’s single cylinder engine is simple to work on and has had a reputation for dependability: it also sounds fantastic which adds to the fun and satisfaction of riding one. 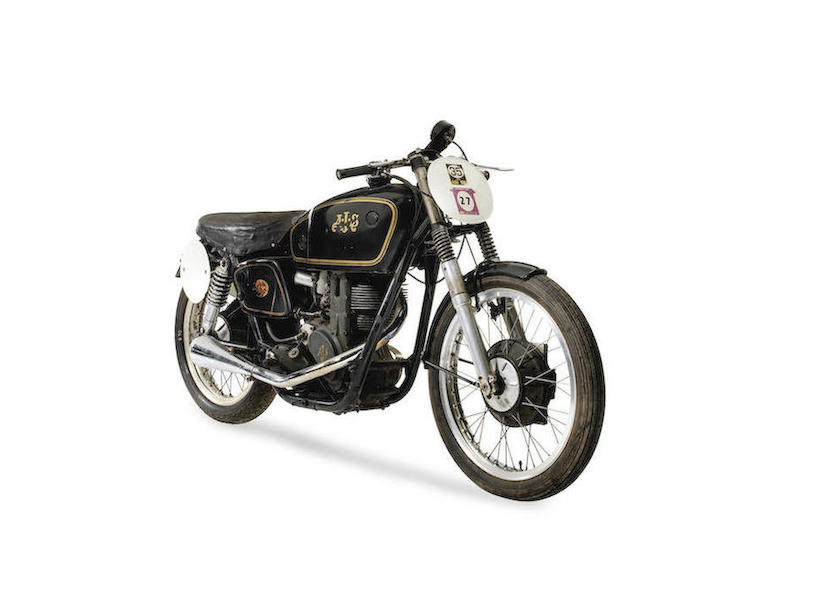