The Ariel Square Four is a pretty unique piece of British engineering that essentially has two, two cylinder engines with two crankshafts joined together as one unit. Hence the “square four” name. The engine was originally designed by British Engineer Edward Turner who went on to design the Triumph Speed Twin, and later Britain’s own home grown V8 engines the Daimler 2.5liter and 4.5liter which were two of the best V8’s created and which deserved a much longer production run than they got. 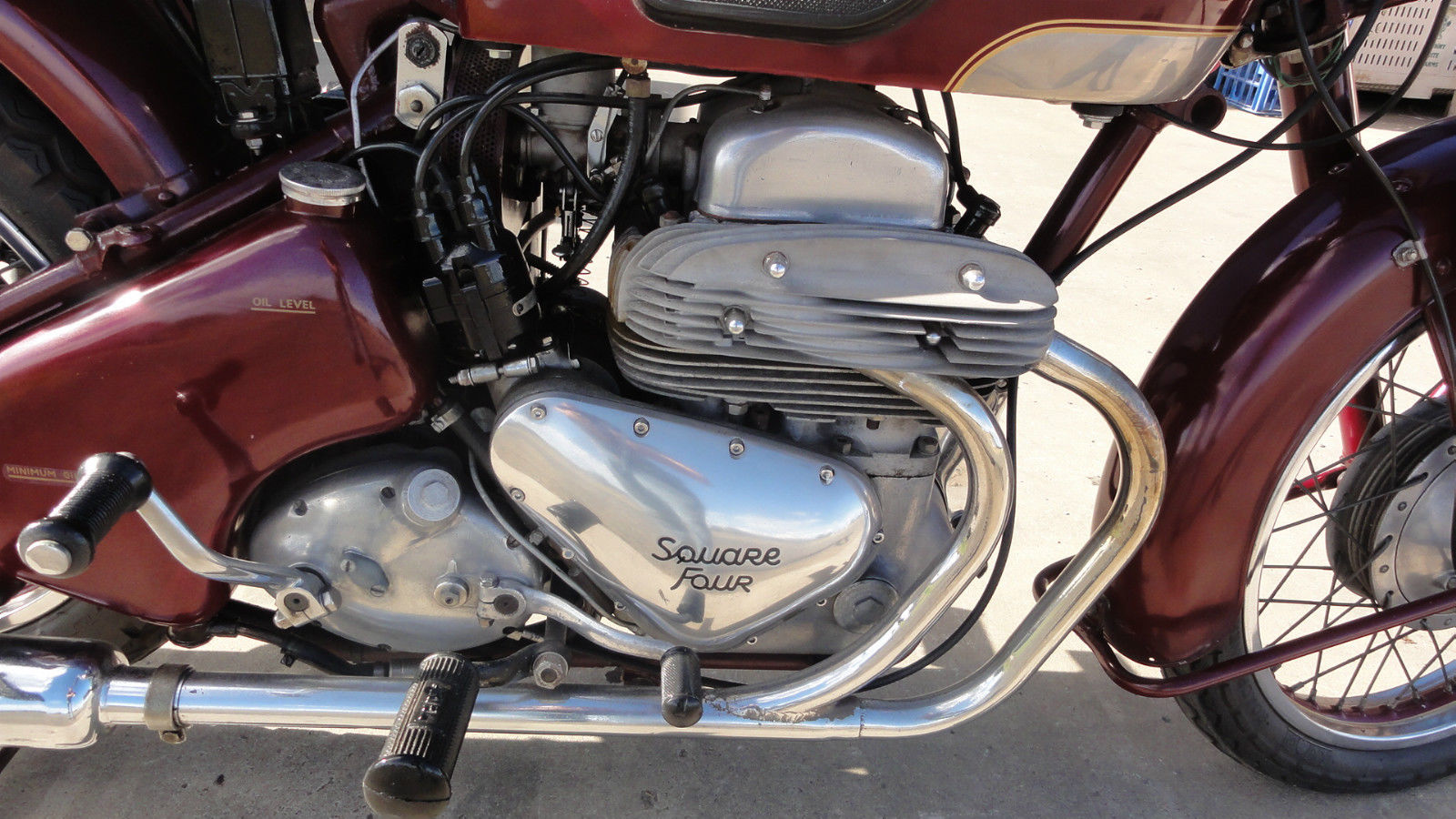 Right side view of the Square Four 4G Mark II engine. Inside the crankcase there are two crankshafts arranged laterally joined by a central gear.

Edward Turner’s Square Four is a fascinating engine and the Ariel bikes have a character all their own. The original 4F engine that was in production from 1931-1936 developed something of a reputation for overheating the rear cylinders so Edward Turner re-designed it creating the 4G to resolve that problem. The bikes fitted with the 4G engine went through a couple of revisions, the Mark I (1949-1953) had the cast iron cylinder head and barrel replaced by an alloy cylinder head and barrel taking thirty pounds off the weight of the bike. The Mark II (1953-1959) is the best of all these wonderful bikes with separate barrels and separate exhaust coming out of cast alloy manifolds as can be seen in the close up pictures of the engine. These bikes also had the rocker box combined with the inlet manifold and are the most desirable of all the Ariel Square Four motorcycles. 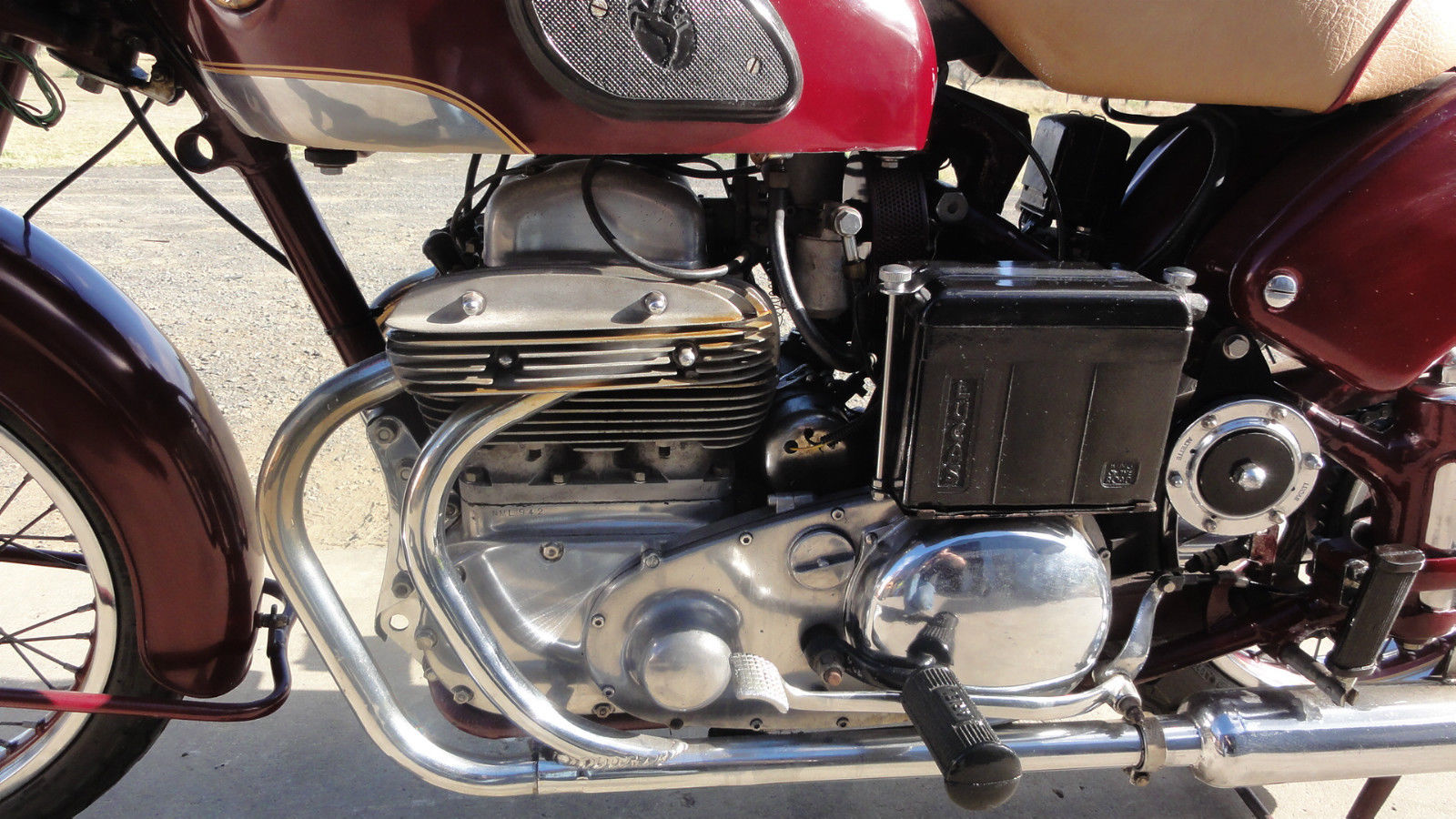 Left side view of the Square 4 4G Mark II engine. As can be seen the SU carburettor is mounted high directly onto the rocker box/inlet manifold which necessitated a re-design of the frame to accommodate it.

The 4G Mark II was the last Ariel Square Four motorcycle in production and was made until 1959. The red bike in our pictures is a 1957 model that has been restored and is currently for sale on eBay way down in the Australian State of Queensland. The seller says he is willing to ship overseas however and is asking AUD$23,500.00.

There are good pictures of the bike on the seller’s page and if you are interested you might want to give him a call:

So if you are looking for a late model Ariel Square Four this one is available. 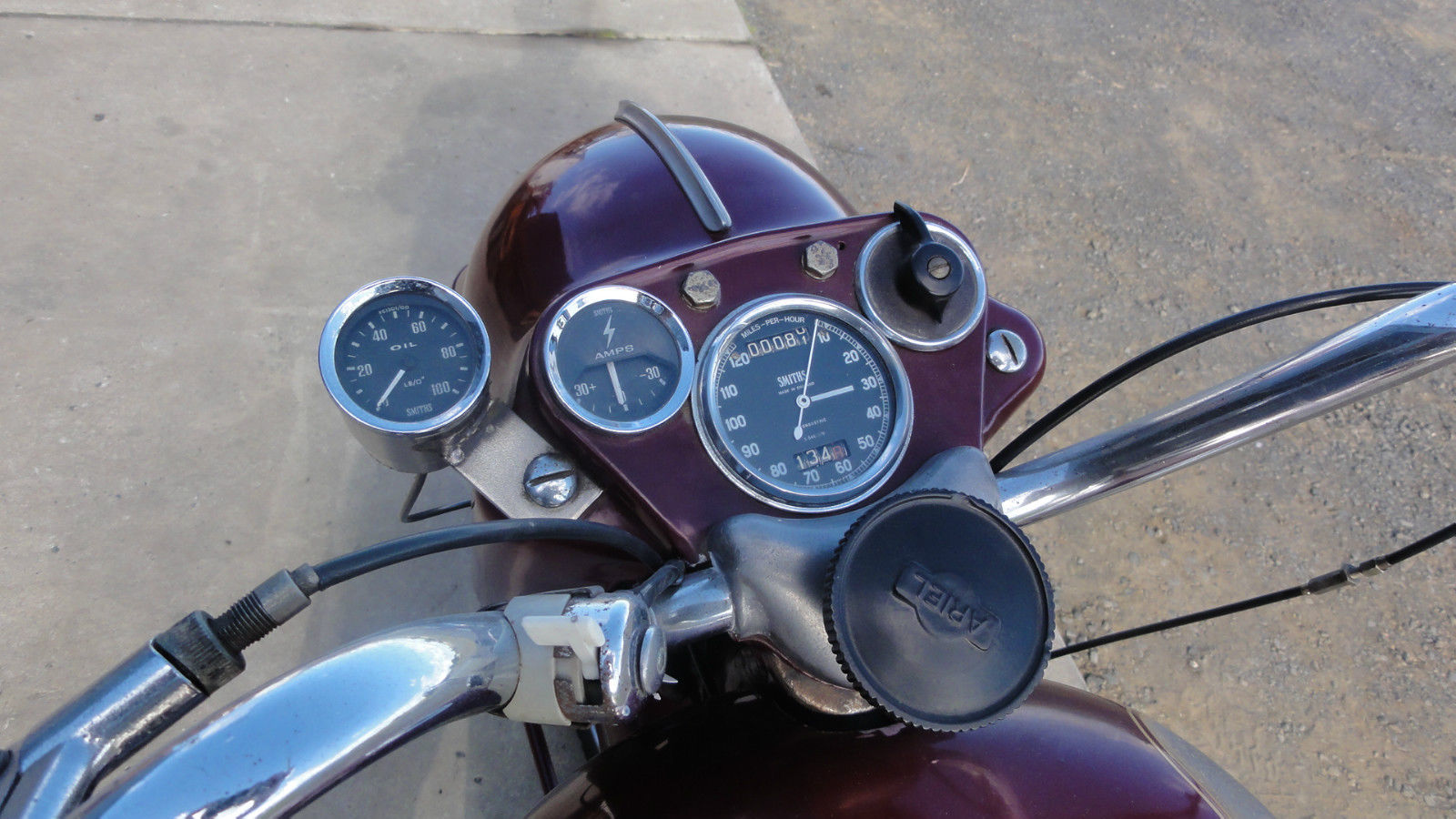