The Colt Model 1877 was Colt’s first attempt at making a double action revolver. It was designed by William Mason who was one of the designers of the iconic single action “Peacemaker”. It is one of the prettiest revolvers ever made from its “bird’s beak” grip to its flowing frame shape. So, for aesthetic appeal, it is a delightful piece of firearms art. In the gun shops of the day the new fangled double action revolver would have been an easy sell as it speeds up and simplifies a quick draw in a life and death situation. No need to cock the hammer, just draw and press the trigger. Even in this present day and age not much of anything beats a double action revolver for a fast uncomplicated first shot. 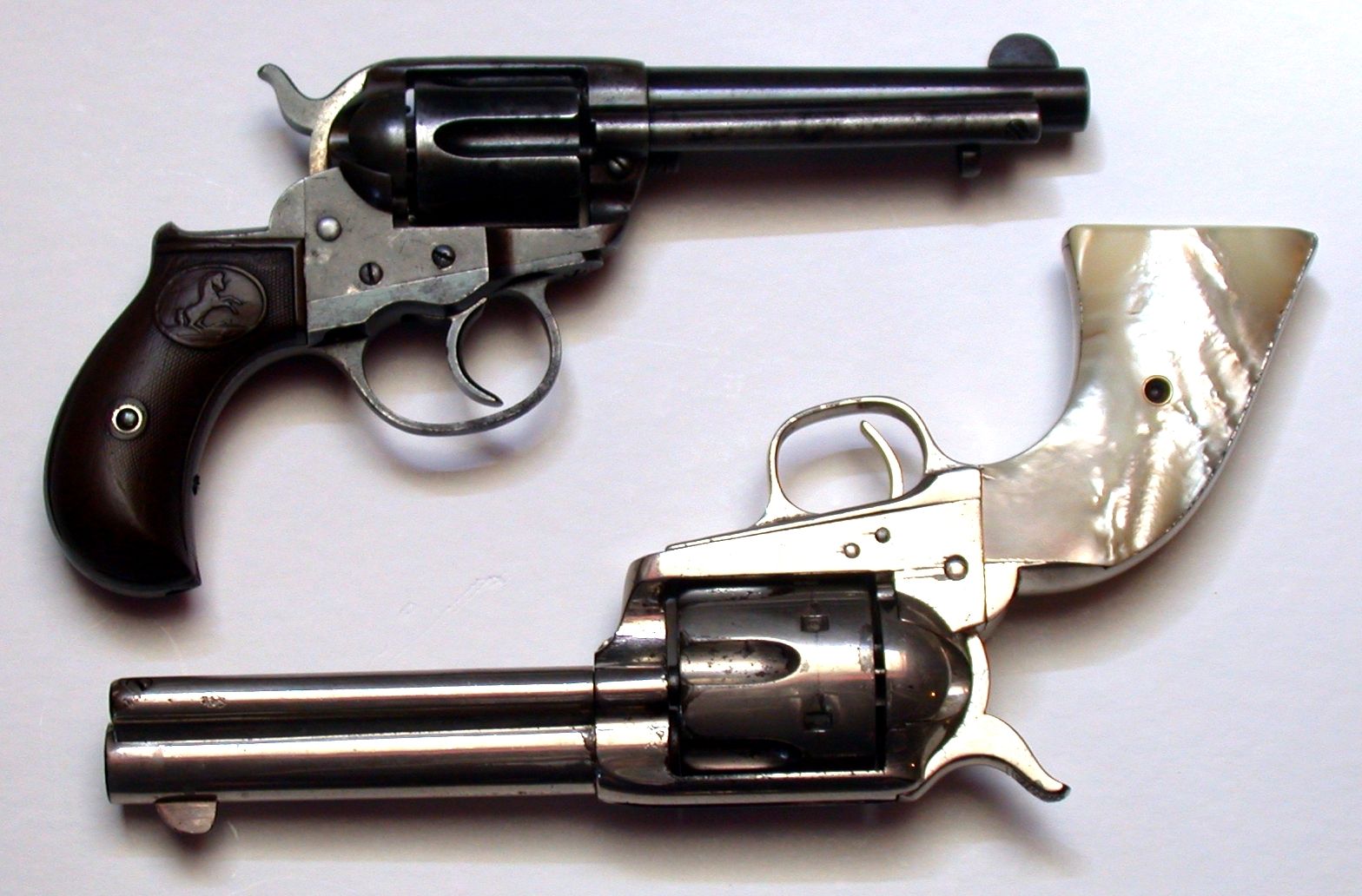 As with so many things in life though the fact that something is pretty and that it seems to work really well in the shop does not necessarily translate into years of happy ownership. The Colt 1877 was a complicated design and prone to failure, particularly hammer spring failure. Repair was also not easy and the revolver soon acquired the nick name of the “gunsmith’s favorite”. This didn’t prevent this revolver becoming a favored side arm for the likes of William Bonney (aka Billy the Kid) and the Victorian detective Jerome Caminada who was head of CID in Manchester, England.

The Colt 1877 was made in three calibers, 32 Colt, 38 Long Colt, and 41 Long Colt. In each caliber the revolver was given a different name. The 32 being known as the Rainmaker, the 38 as the Lightning and the 41 as the Thunderer. However Colt did not have a double action revolver suitable for military use, particularly for British military use, until 1878 with the advent of the Colt M1878 which was a similar design but available in larger calibers including the .476 Eley and 455 Webley, thus making it competitive with the offerings of the British Gun Trade. 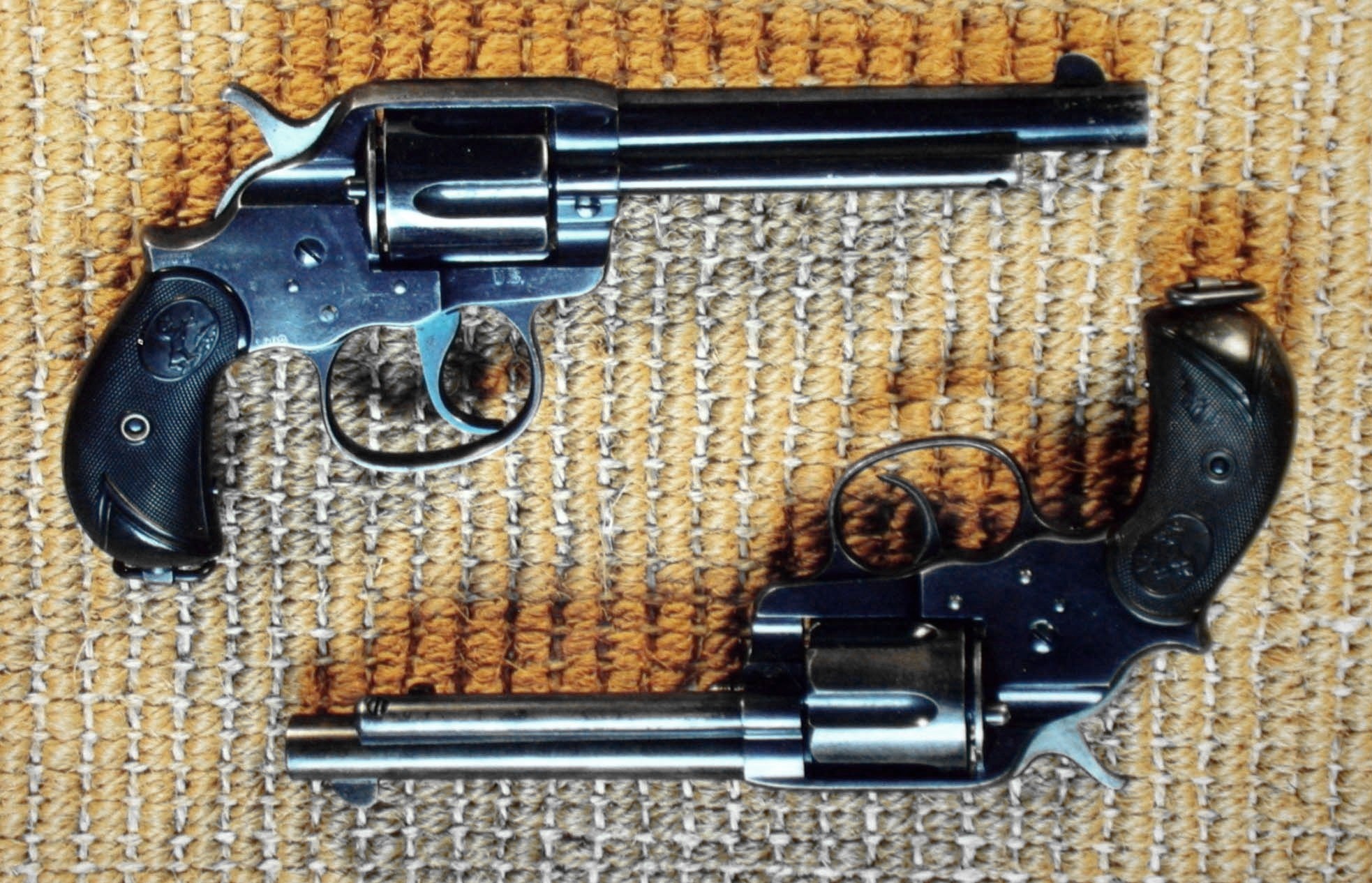 Colt 1878 revolver which was made in larger calibers including the British .476 Eley and 455 Webley.

The Colt revolvers were up against some stiff competition from their British rivals during this period. The British were involved in various wars including the Zulu War in southern Africa. Thus the Colt had to compete against the Webley New Model Army Express (aka No 5 Army Express) and to a lesser extent to the highly regarded Tranter. Both the Webley and the Tranter earned a reputation for reliability and became the favored side arms for officers. If you are in charge of a squad armed with single shot Martini Henry rifles engaging an army of Assegai wielding Zulus the last thing you would want is a broken hammer spring at the wrong moment.

The revolver in the featured image at the head of this article is up for auction by Bonhams. You will find the auction page for it here. It is in beautiful condition for its age and remains one of the prettiest revolvers ever made. 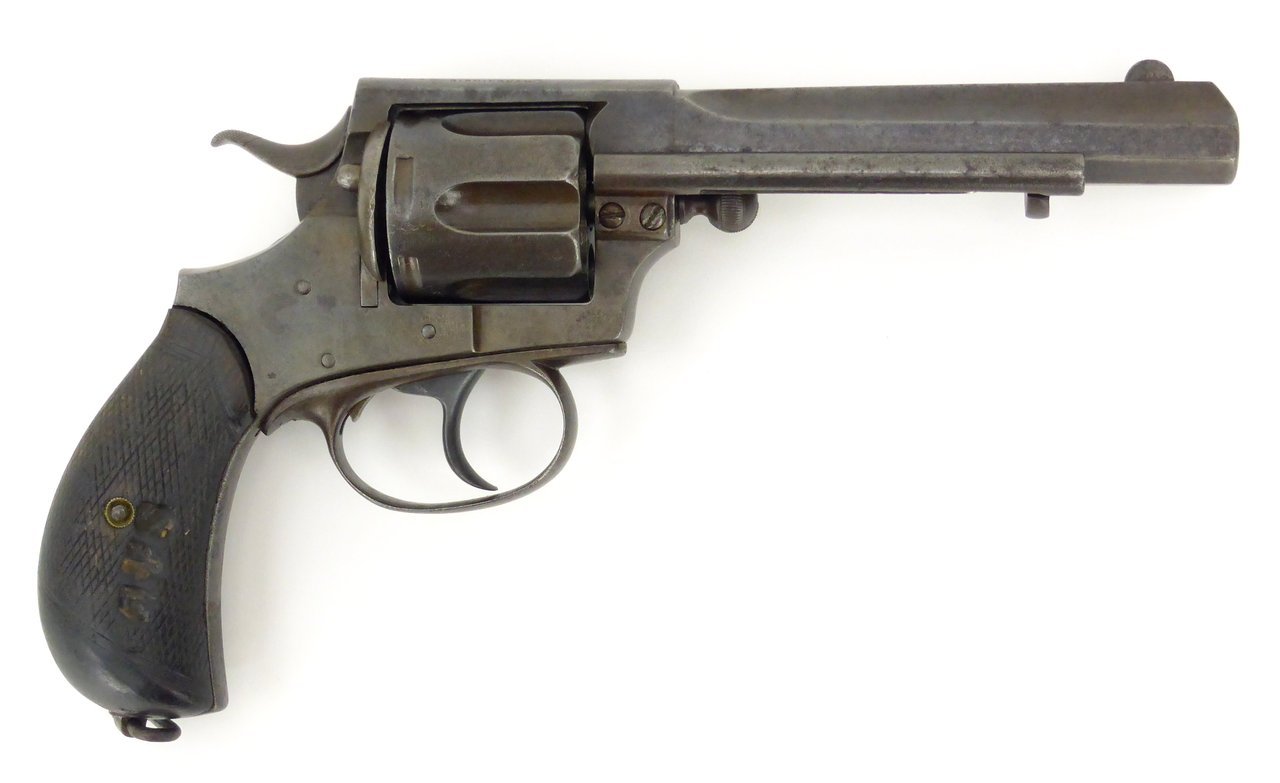 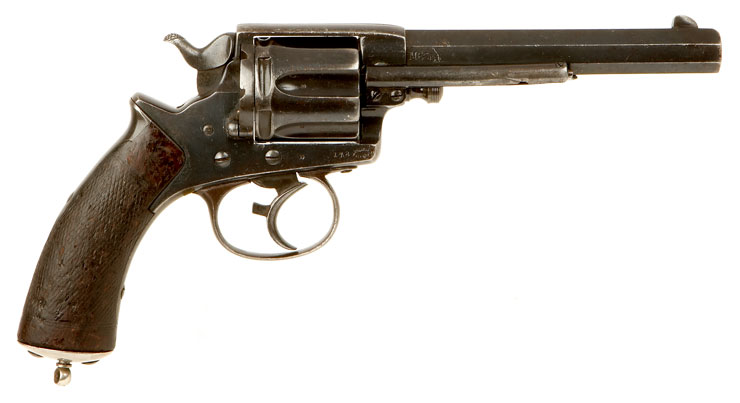