Freedom Arms began back in 1978 as a joint venture between Dick Casull, the co-inventor and developer of the .454 Casull revolver hunting cartridge along with Jack Fullmer, and Wayne Baker. The .454 Casull was created using a strengthened and lengthened .45 Colt cartridge case. The case being about a tenth of an inch longer so it won’t chamber in a .45 Colt. The .454 Casull was created back in 1958 in the heyday of American wildcatting, It remained a wildcat cartridge for much of its life and with good reason. In the fifties through into the seventies this cartridge was loaded with duplex and triplex loads to best utilize a fast burning powder for initial bullet acceleration and a slow burning powder to keep pressures up as the bullet moved up the barrel. Suffice to say this sort of activity is not to be attempted by the vast majority of us, the loading techniques to do this safely were obviously specialized and tricky. Let us also be quick to add that it is no longer necessary or desirable to attempt duplex and triplex loading to get the best out of your .454 Casull revolver. Modern powder technology has removed the need for such fancy footwork. 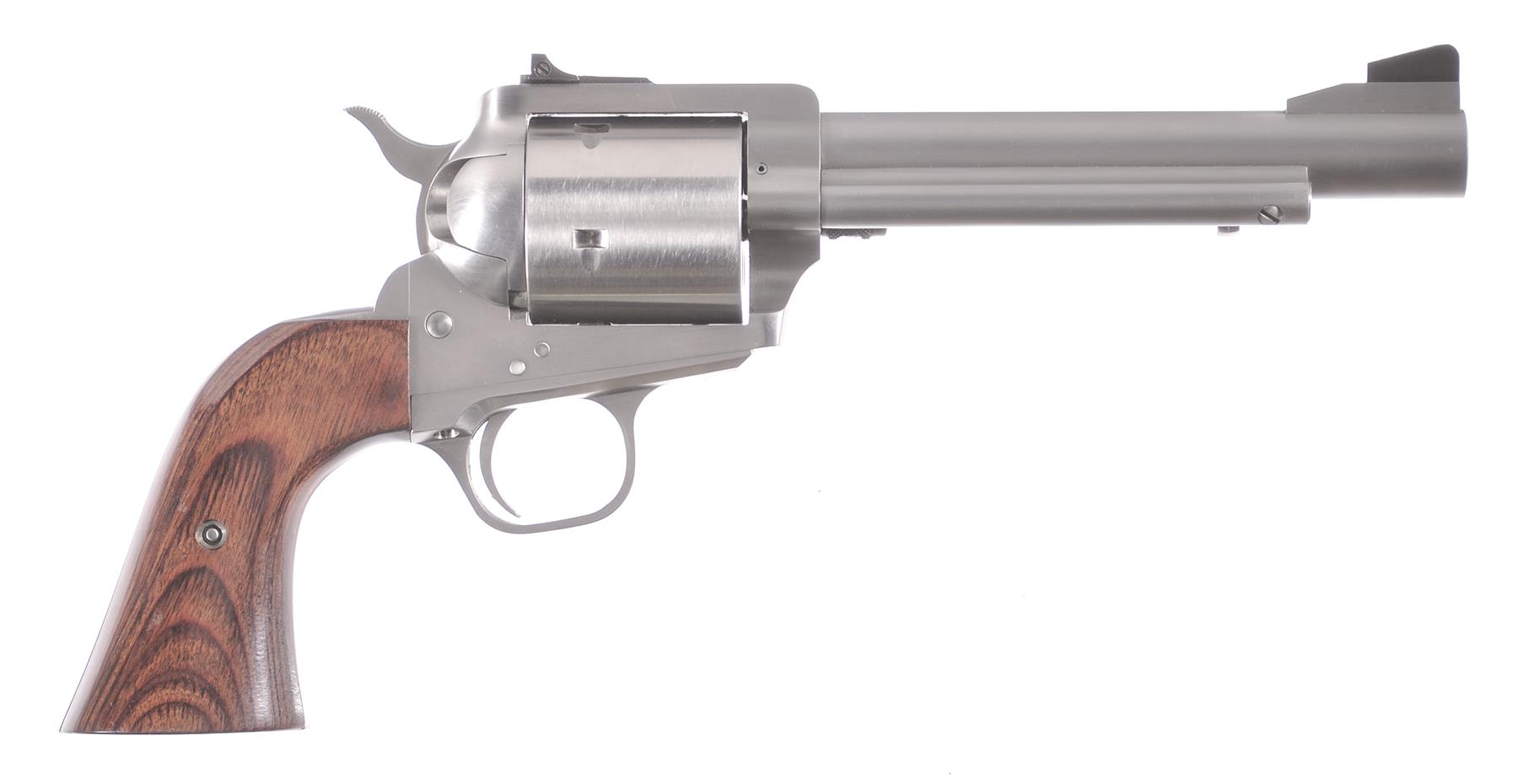 Freedom Arms 83 revolver in .454 Casull. This revolver is designed to withstand the 60,000psi pressure of typical .454 Casull loadings. 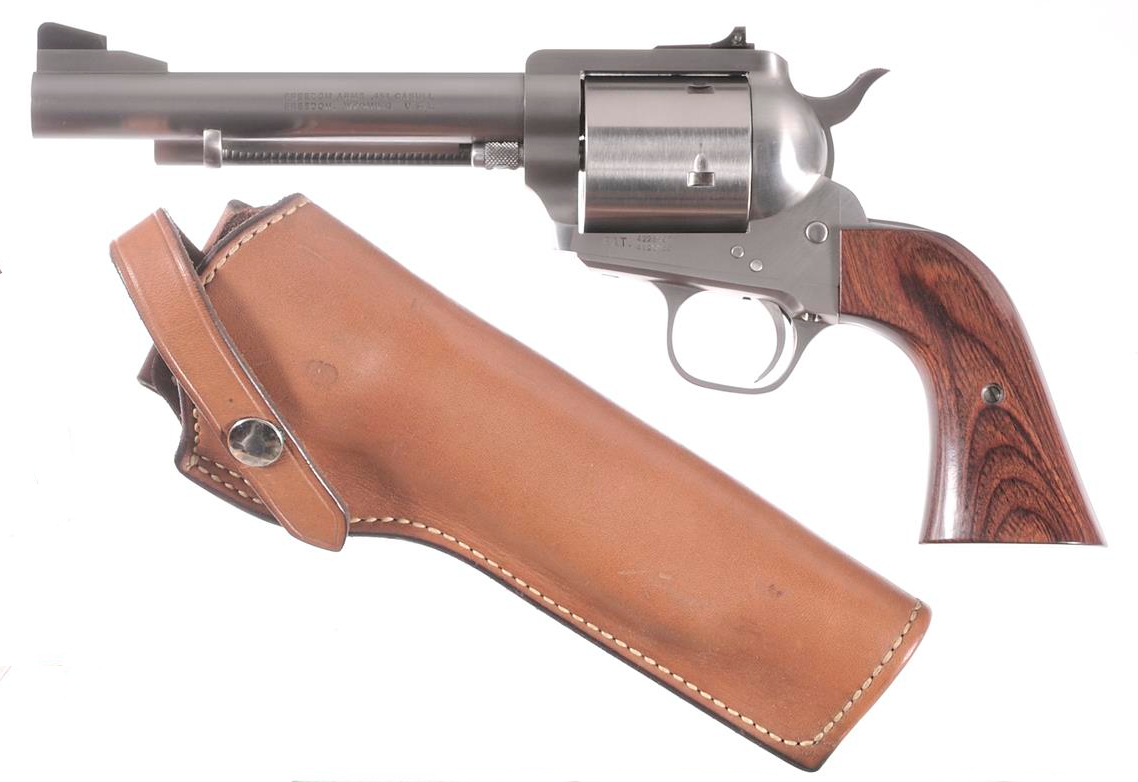 The Freedom Arms 83 is a single action revolver made in the style of the Colt Single Action Army but built in stainless steel and heavily constructed to withstand the pressures created by the .454 Casull. Tolerances are kept tight and the strongly constructed non-fluted cylinder holds five rounds. The revolver does not have a transfer bar ignition system, the design was kept intentionally simple to ensure reliability and good ignition of the tougher small rifle primers. This means that the revolver can only be safely carried with four chambers loaded and an empty chamber under the hammer. The grips of the Freedom Arms 83 are intentionally kept smooth because this revolver generates a lot more recoil than a .44 Remington Magnum and the shooter will need it to rotate in their hand to absorb some of that recoil force.

The .454 Casull cartridge and the Freedom Arms 83 revolver were the combination that picked up where Inspector Harry Callaghan’s .44 Magnum Smith & Wesson Model 29 left off. It took a while for major manufacturers to pick up on the potential demand for heavy caliber hunting handguns and nowadays we are spoiled for choice.

The Freedom Arms 83 revolver in our pictures is being offered for sale by Rock Island Auction on 23rd March 2017. It comes complete with RCBS re-loading dies, 49 cases, cartridge belt and holster. Condition of the revolver is described by RIA as; “NB – EXCELLENT: near new condition 95% – 98%, used but little, no noticeable marring of wood or metal, bluing near perfect (some wear at muzzle or sharp edges can be expected).”

You will find the sale page for this revolver complete with accessories if you click here.

If you are interested in a new Freedom Arms handgun you can find the home page of Freedom Arms if you click here. 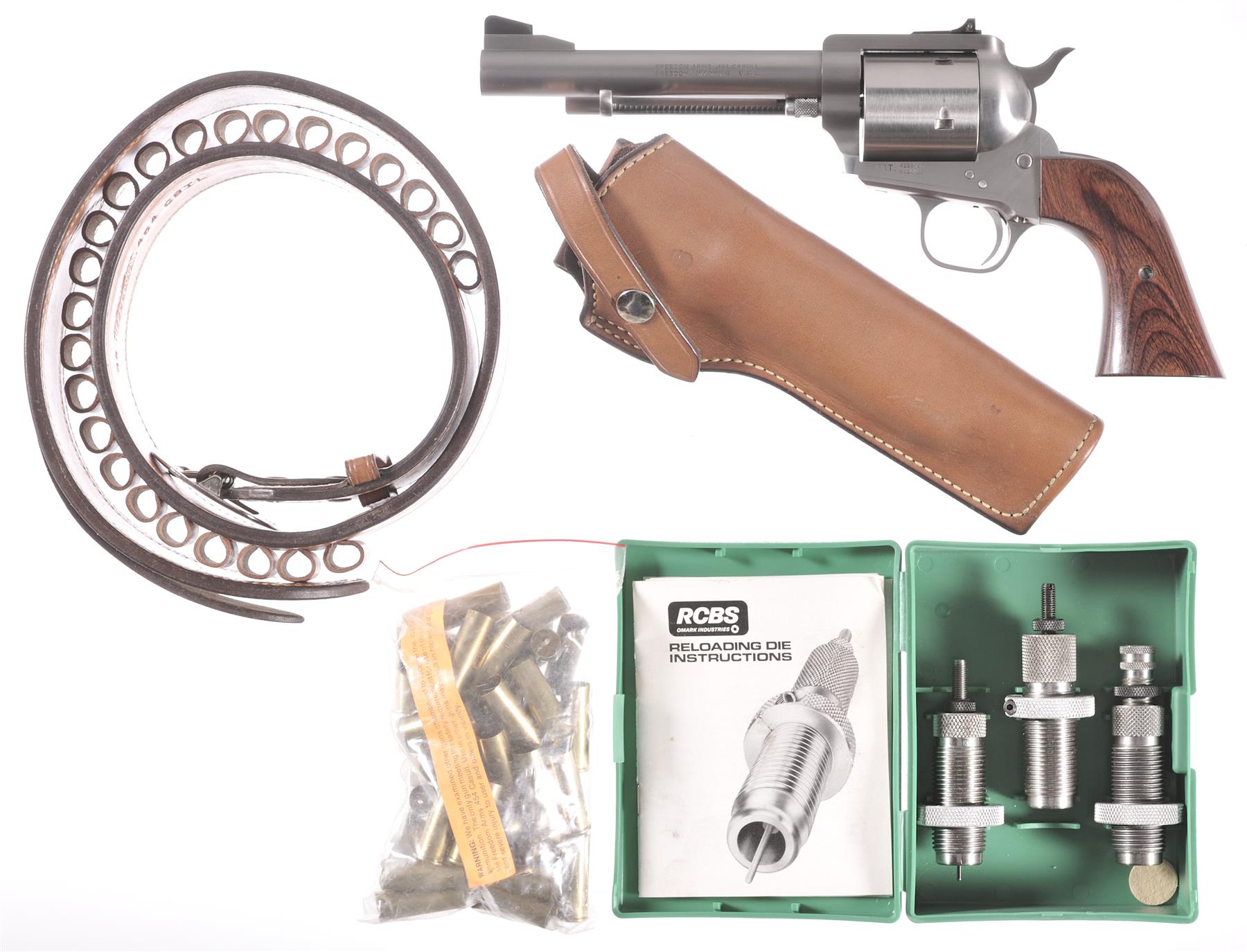