The Mercedes-Benz 500 K was the most exciting car that Mercedes-Benz made in the pre-war 1930’s and lurking beneath that classic thirties style coachwork was a car that was rather more technologically advanced than one might initially expect. This was a car, based on its predecessor the Mercedes-Benz 380, that featured a fully independent suspension both front and rear. 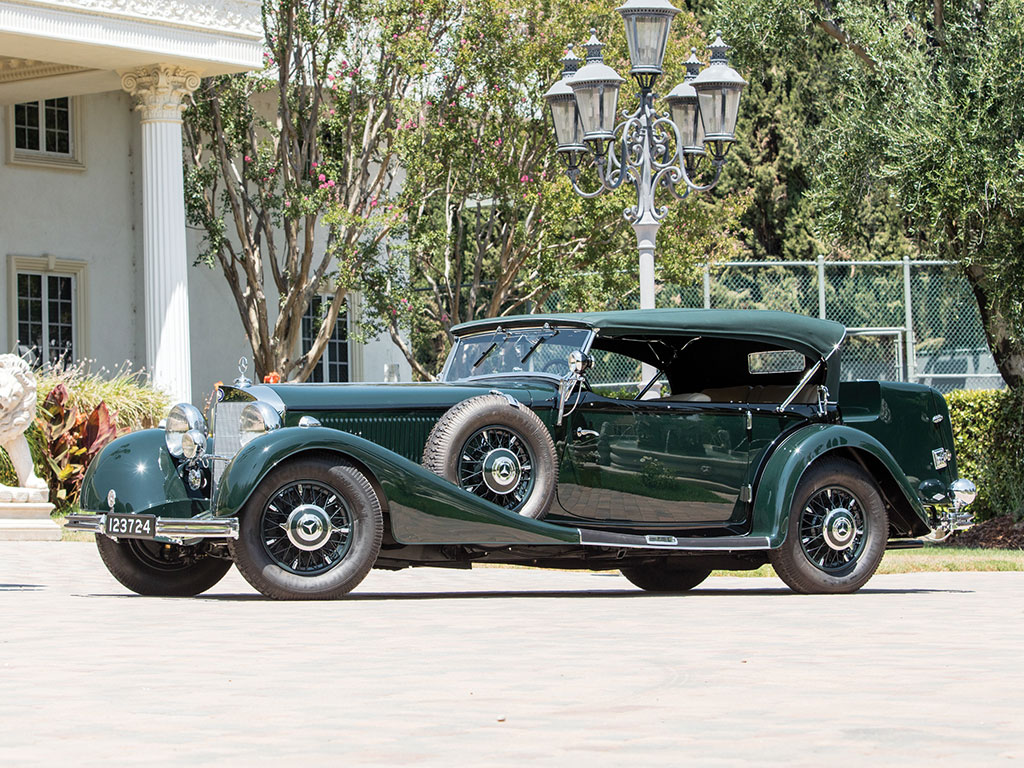 Both the Mercedes 380 and its successor the 500 K featured a fully independent suspension and hydraulic brakes. The “K” refers to the car having a supercharger, “Kompressor” in German.

Front suspension of the Mercedes-Benz 500 K was by double wishbones with coil springs and dampers. The rear suspension used a double joint swing axle with separate wheel location and coil springs with dampers. This system of fully independent front and rear suspension was a world first making this classic thirties car a cutting edge high level performer in its day and still impressive nowadays. 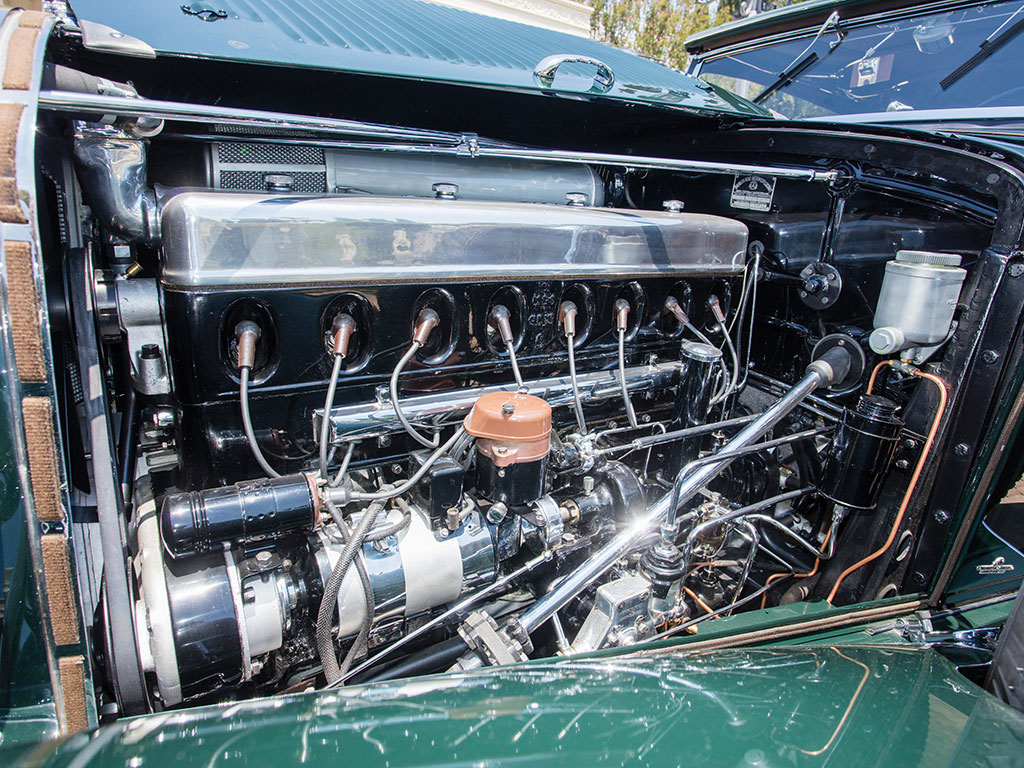 The engine of the Mercedes-Benz 500 K is a 5,018cc/306 cu. in. supercharged straight eight producing 160hp with the Rootes supercharger engaged. This is sufficient to drive the car to a top speed somewhere north of 100mph/160km/hr in impressive style. With the supercharger in operation fuel consumption is a tad less than 8 miles to the US gallon or at bit over 9 miles to the Imperial gallon. Transmission is a four speed manual with synchromesh on third and fourth gears. This approximately 6000lb/2,700kg automobile’s elegant sufficiency of performance being brought under control by hydraulic drum brakes all around. 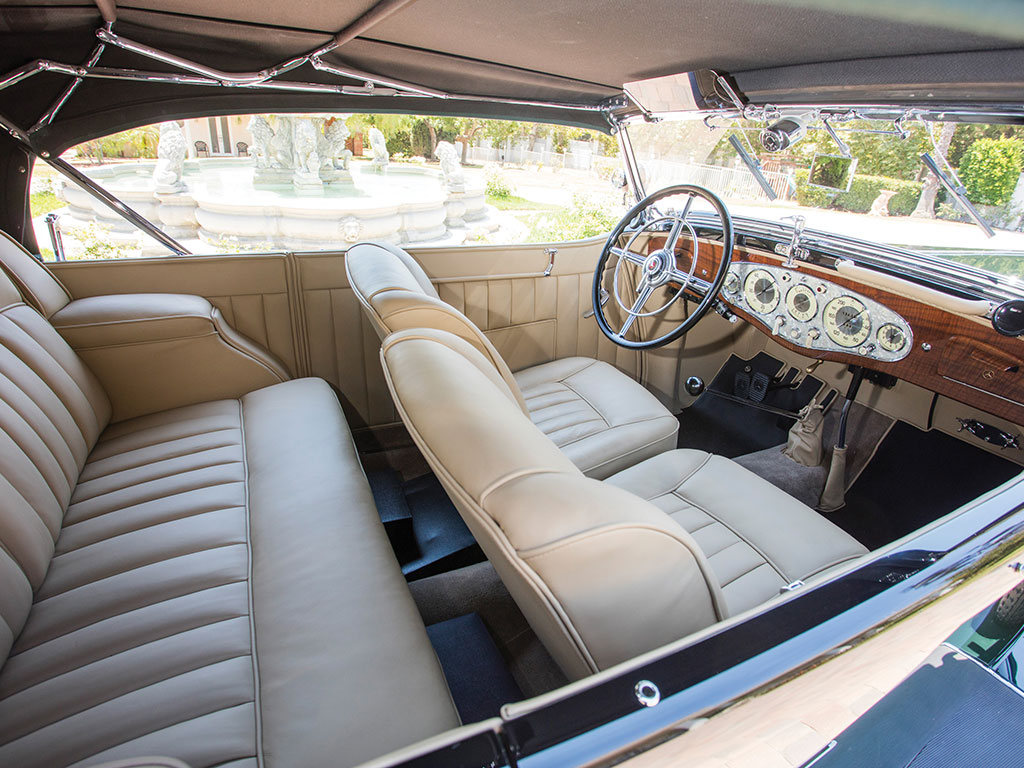 The interior of this 1936 Mercedes-Benz 500 K Offener Tourenwagen by Sindelfingen can only be described as tastefully opulent. The dashboard center console is Mother of Pearl, would you expect anything less?

The 1936 Mercedes-Benz 500 K Offener Tourenwagen by Sindelfingen pictured rides on the longer 129.5 in./3,290mm wheelbase and is fitted with safety glass and 12 volt electrical system. Windscreen wipers are electric. So this is a quite modern classic car in terms of its technology but it is a genuine thirties classic. 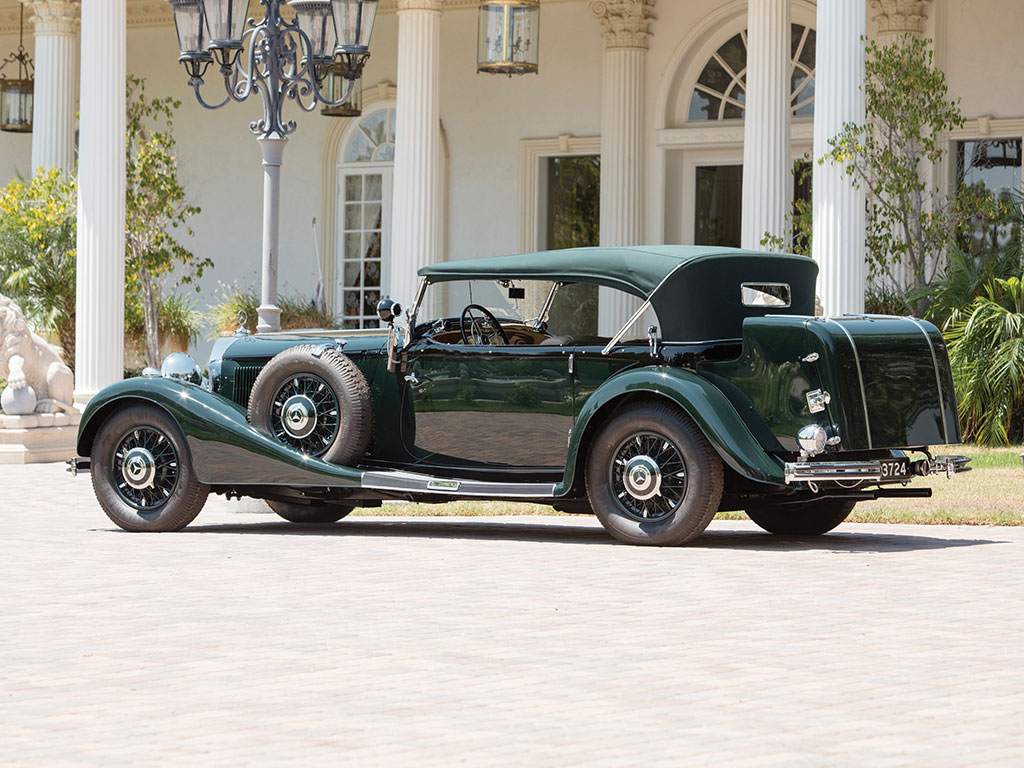 This car has the looks and style that make the thirties Mercedes-Benz some of the most sought after automobiles in the world.

The 1936 Mercedes-Benz 500 K Offener Tourenwagen by Sindelfingen in our pictures is coming up for sale by RM Sotheby’s at their Monterey auction to be held August 18th-19th, 2017. 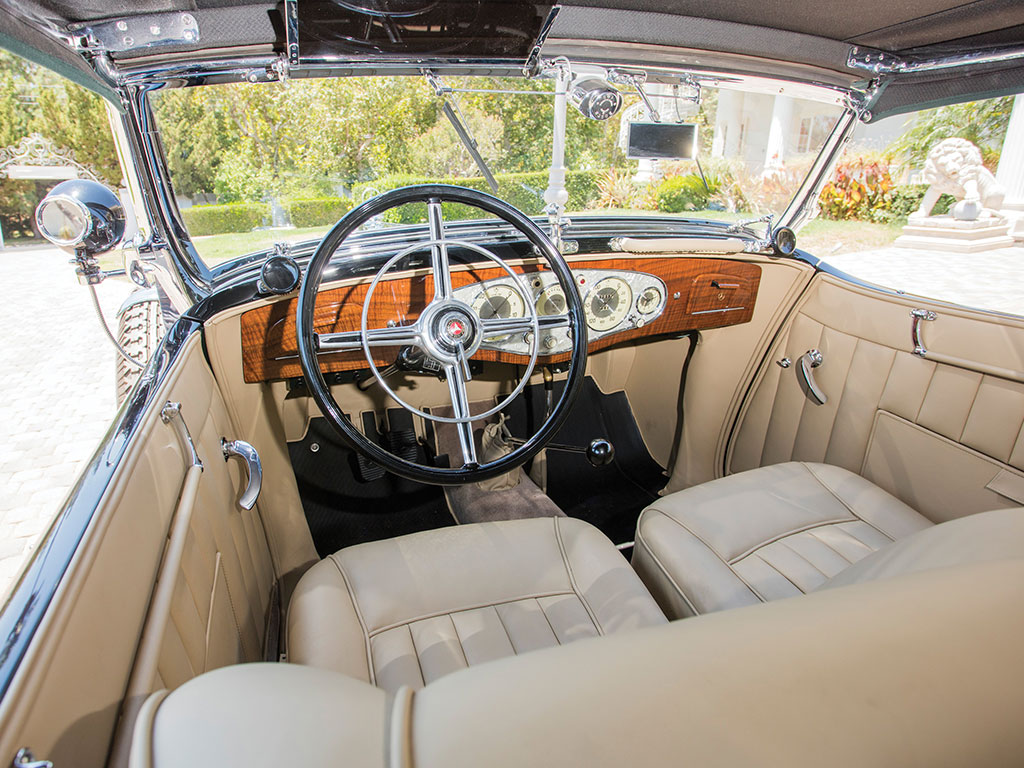 Driver’s eye view of the cockpit of the 1936 Mercedes-Benz 500 K Offener Tourenwagen by Sindelfingen.

The car for sale has chassis no. 123724 and was originally delivered new to Daimler-Benz branch in Munich on 19 November 1935. The car’s original engine number 123724 is fitted to it to this day as is the original Sindelfingen body number 814102. In recent years the car was given a full restoration by Mercedes-Benz expert, Jim Friswold and has been carefully stored and selectively shown since then. 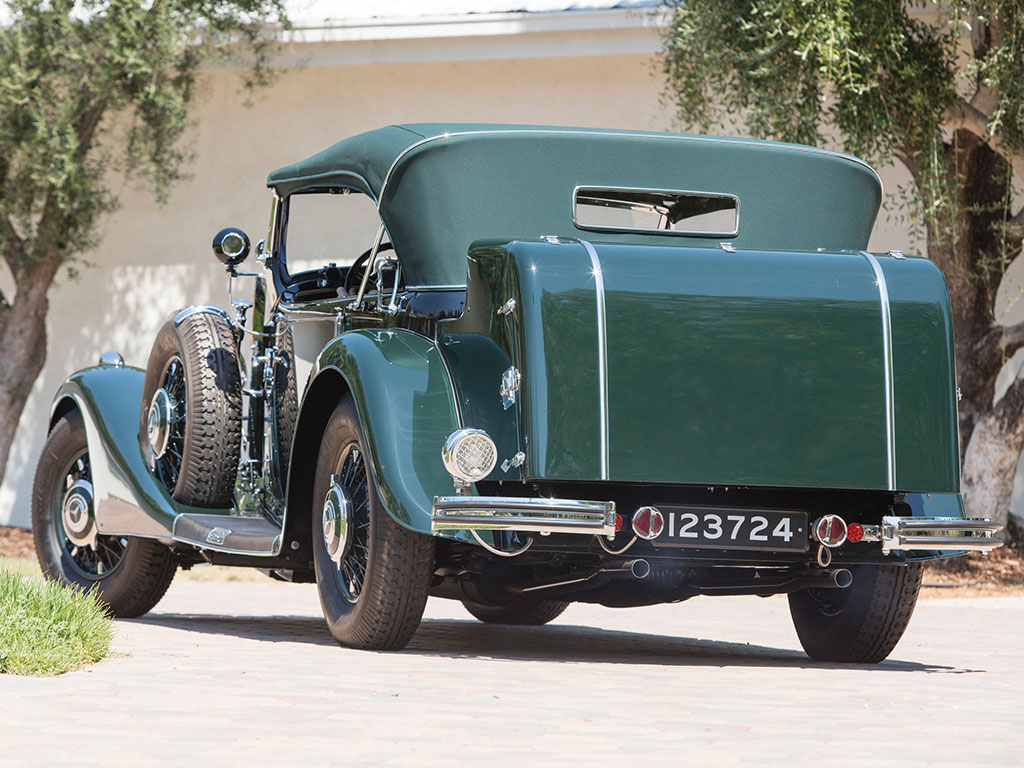 The Mercedes-Benz 500 K is fitted with a Munich-built Hopako touring trunk.

The car is fitted with a Munich-built Hopako touring trunk which comes with fitted two piece luggage. Additionally the car has Bosch headlamps, fog light, and dual horns, and appears to be fitted with a reversing light also.

This is not only a classic Mercedes-Benz 500 K but it is in a body style that truly brings out its nature as a purposeful yet refined performance car. Perhaps the only difficulty for its new owner will be to resist the temptation to take it out for some exuberant driving enjoyment every day. 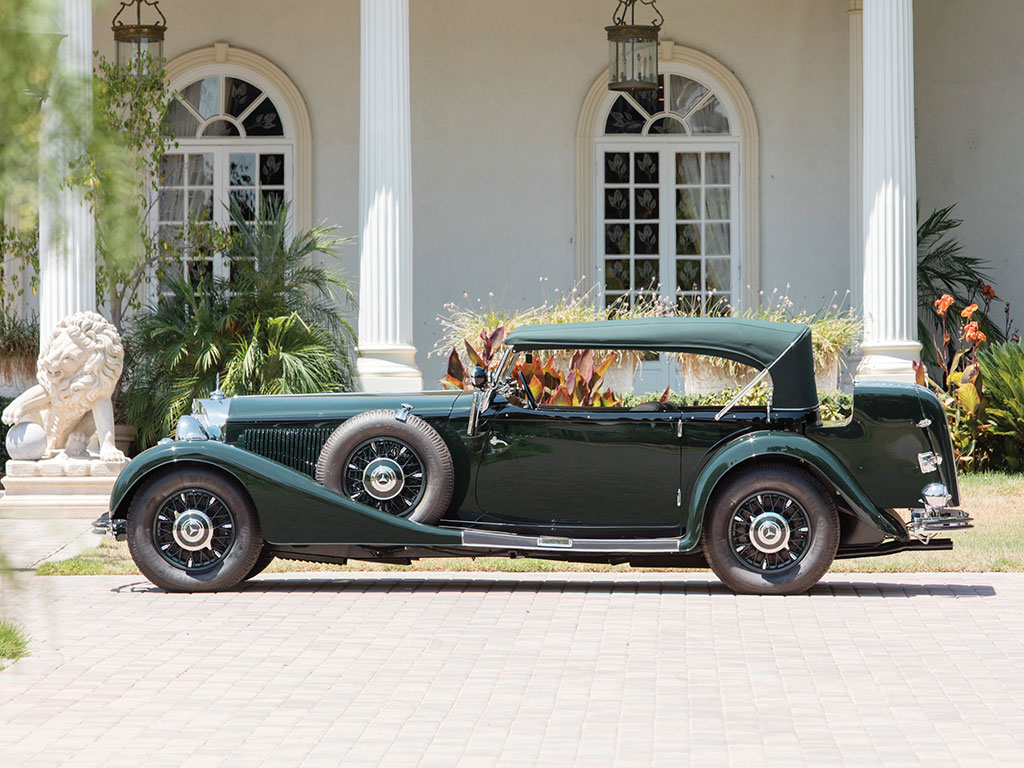