If we are going to carry a handgun for whatever reason, be it duty as a police officer or security officer, or for sporting use or as something you have on you around the farm or property, we really want that handgun to be secure in the holster. For a police officer or security officer it is important and can be life saving to have that handgun protected against being easily grabbed by someone else. Out on the trail bike on the farm or out hunting likewise we want good security against the handgun coming out of the holster even if we get things wrong and come off the bike.

One of the best holsters for carrying a double action revolver such as the Smith & Wesson Model 10 and similar is the Gould & Goodrich B501 Double Retention holster. These have been a police force standard all over the world wherever police carry double action revolvers especially the ubiquitous Smith & Wesson Model 10 of which around six million have been made and they are still in production. Click here to see them on Smith & Wesson’s website. Like many of you I’m sure, the first centrefire handgun I ever fired and used on a regular basis was a Smith & Wesson Model 10. Simple and ubiquitous yet not much of anything beats a double action revolver such as the Model 10 for safe and simple use, and for drawing and firing an aimed shot quickly. Chambered for the .38 Special and capable of safely handling +P loads it is a revolver that has served police forces all over the world well and is good for self defense against pretty much anything except perhaps a brown bear or crocodile, though better than bare hands against those also! 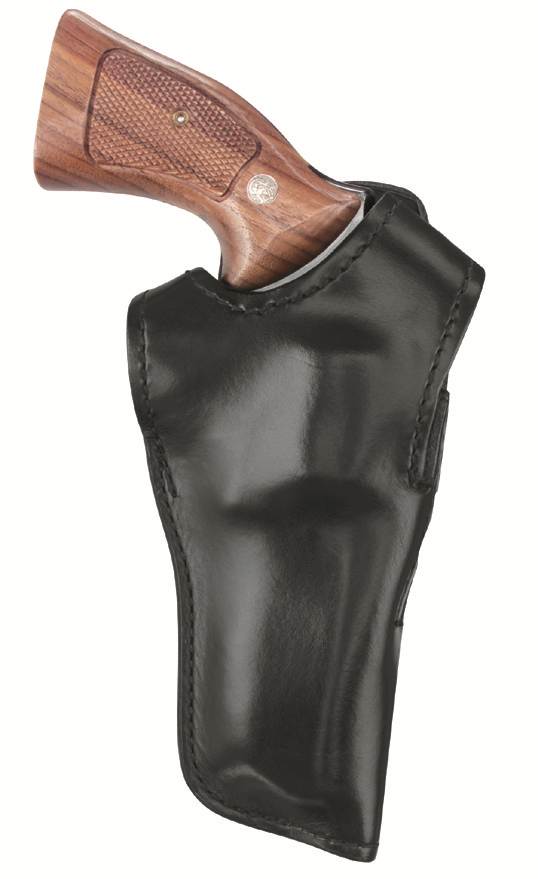 Like the Smith & Wesson Model 10 the Gould & Goodrich B501 Double Retention holster is a tried and perfected design. The holster has two retention covers, one over the rear of the trigger guard which is fixed, and a top break snap closure strap over the hammer. So if someone tries to grab the gun to snatch it out of the holster from behind the wearer the fixed strap over the trigger guard cannot open and blocks that action. The revolver can still be quickly and easily drawn by the wearer however, it just requires a special technique. When you draw a revolver from the B501 holster you snap open the top break strap with your thumb as you take hold of the pistol grip, you then push the revolver forwards to clear the strap over the trigger guard and draw; simple, easy to train. 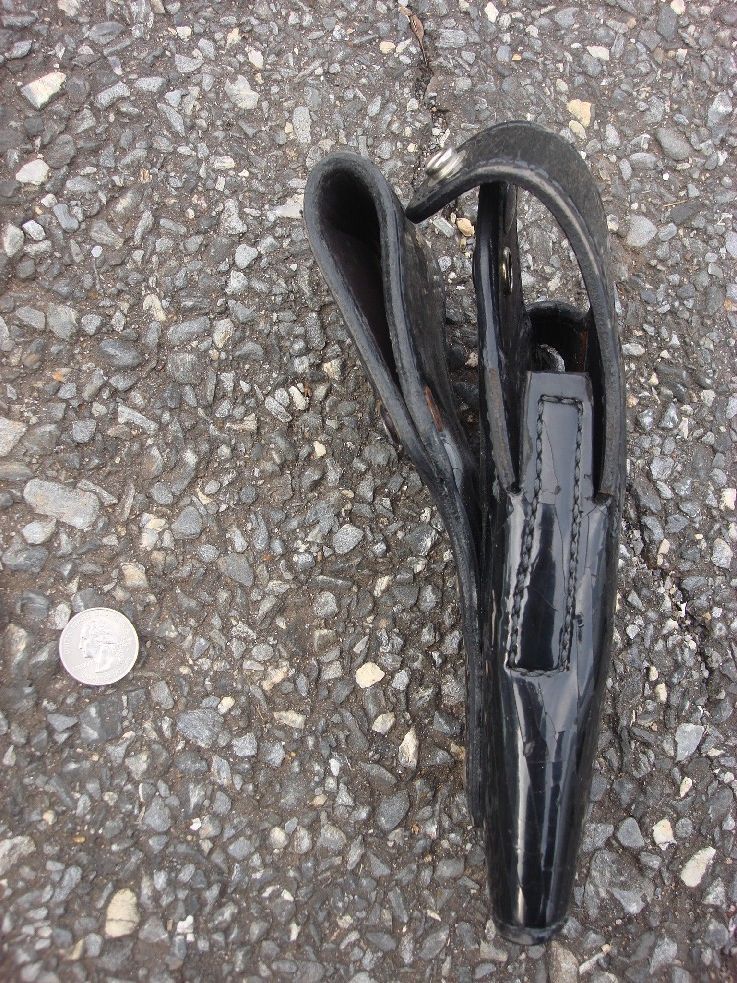 This picture from eBay of a used B501 left handed holster shows the flexible front opening that allows the revolver to be pushed forwards in order to draw. (Picture courtesy eBay).

So if you need a secure but convenient holster for your 4″ barreled medium frame Smith & Wesson or Ruger double action then the Gould & Goodrich B501 Double Retention holster is likely to be one that will work well for you. It is not intended to be a concealment holster but is excellent for any open carry situation you may need to be in.

You can purchase a Gould & Goodrich B501 from OpticsPlanet if you click here.

And you will find the full Gould & Goodrich catalogue in downloadable PDF format if you click here.