The Harley Davidson WLA was the World War II motorcycle made by Harley Davidson specifically for Army messengers and signals. These bikes not only saw use by US troops but also by Allied forces such as Australian troops. A variant of the WLA was made for the Canadian Army which was designated the WLC. 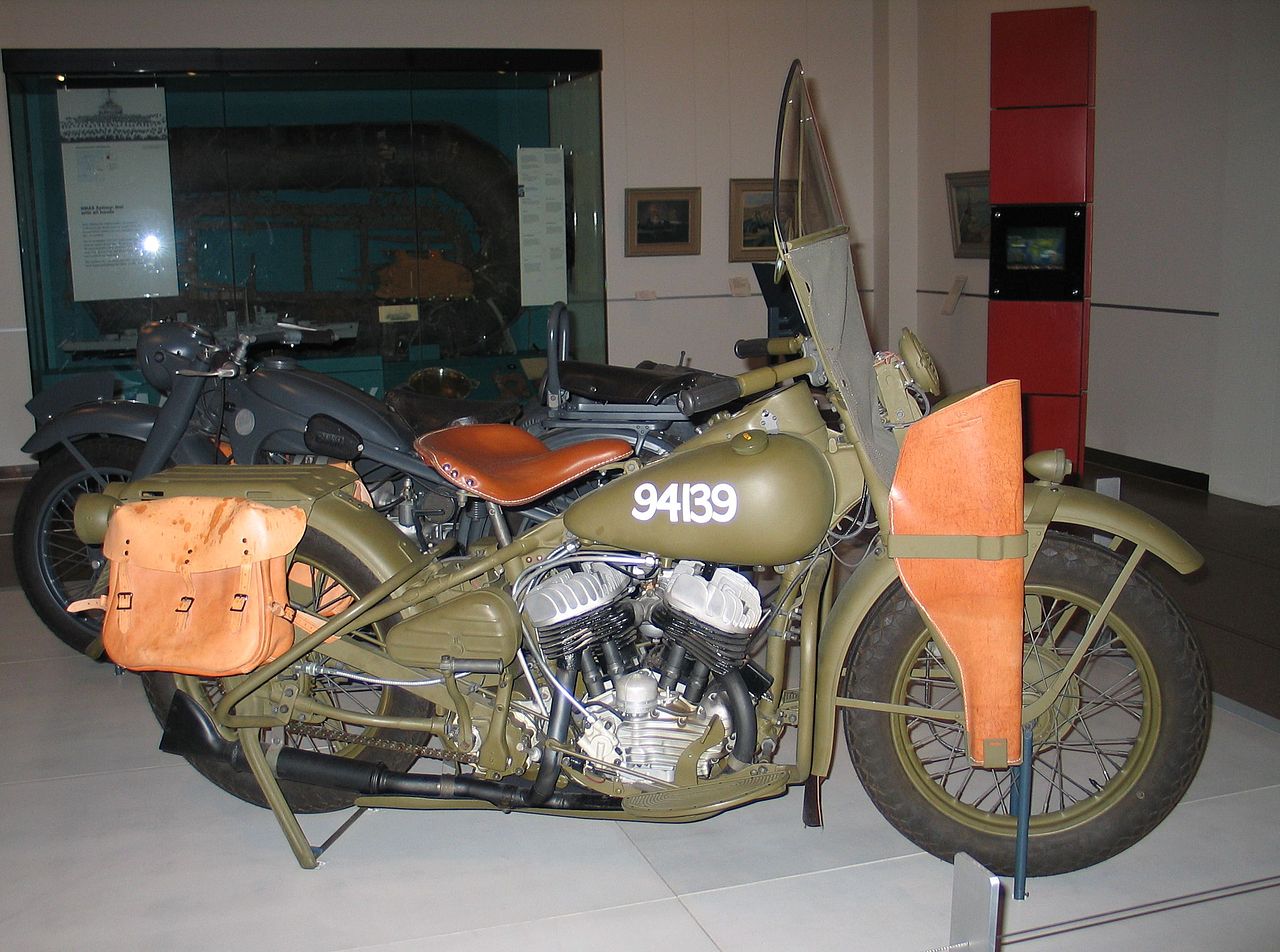 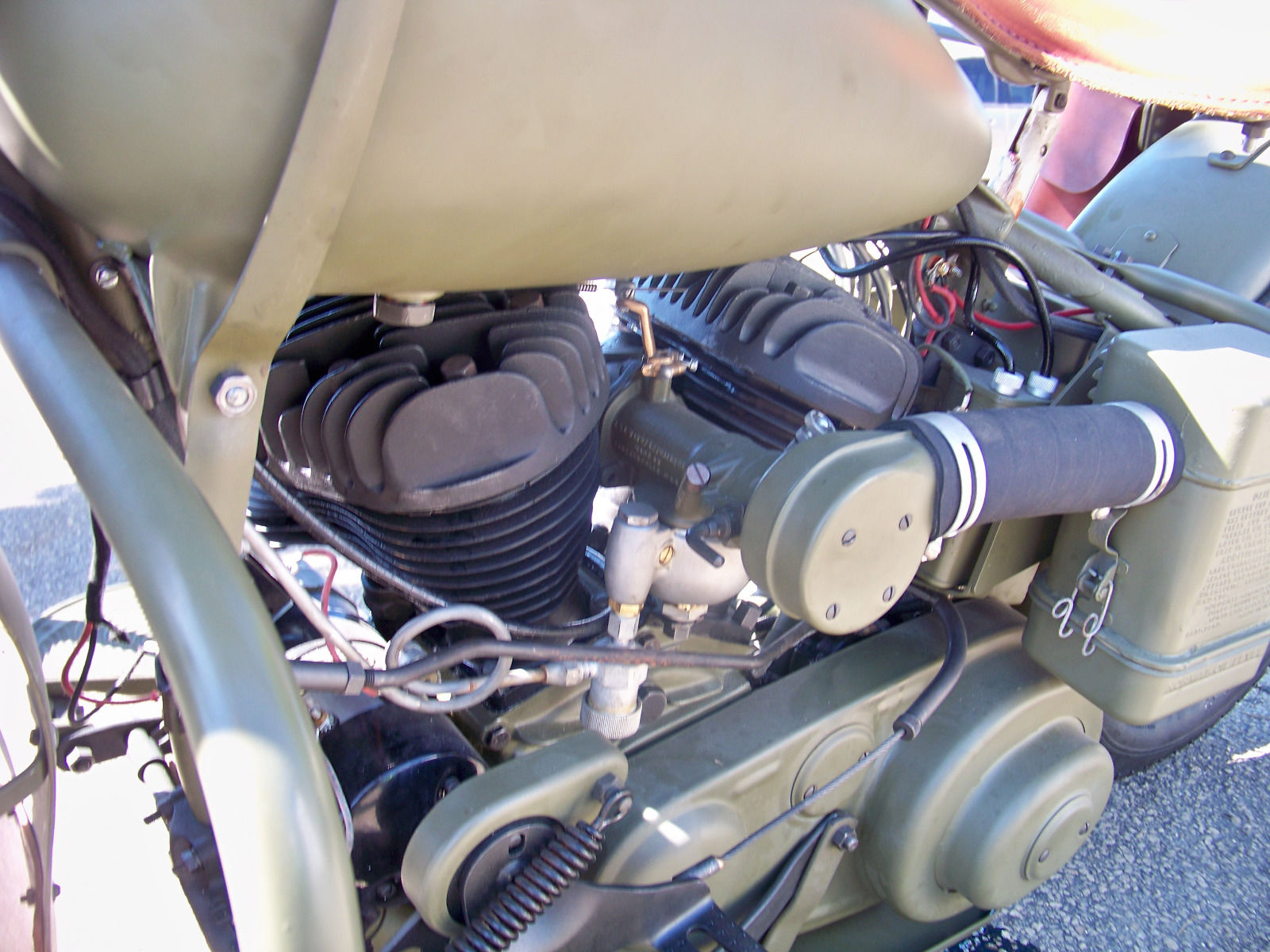 The WLA motorcycles used the new version of Harley Davidson’s flathead engine of the thirties with high compression.

Prior to the US entry into World War II Harley Davidson produced a limited production run of these motorcycles, partly for evaluation and for setting up production processes, and once the US entered the war after the attack on Pearl Harbour Harley Davidson swung into full production making approximately 90,000 bikes plus spare parts, of which fully one third of production was supplied to the Soviet Red Army. 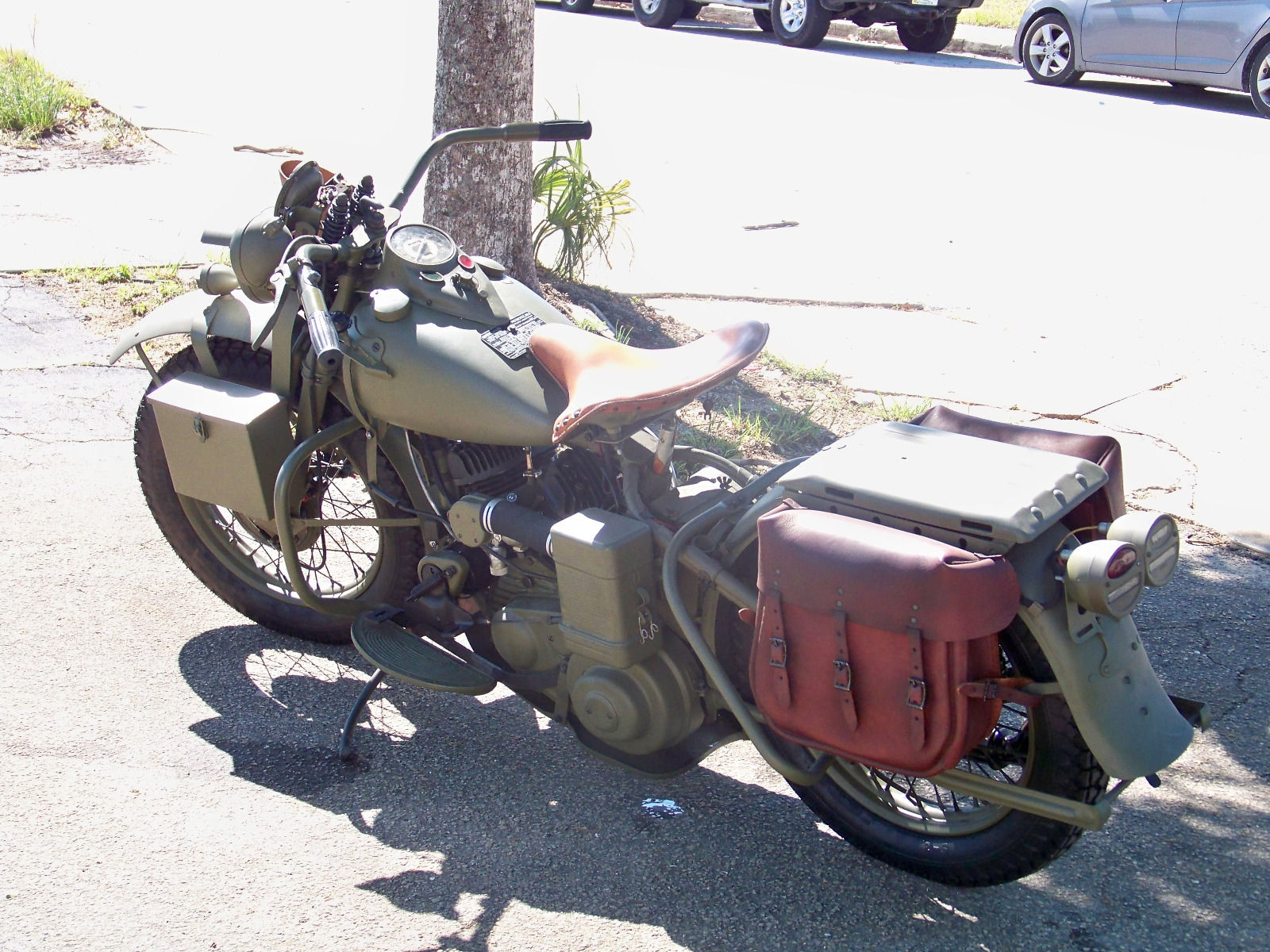 Normal equipment for the Harley Davidson WLA includes saddle bags and a substantial rear carrier for radio equipment, front boxes, and scabbard for a Thompson M1A1 .45ACP sub-machine gun for rider self protection.

These WLA motorcycles were equipped with leather saddle bags, a metal box on the front left fork, a leather scabbard for a Thompson M1A1 sub-machine gun on the right fork and blackout lighting. Optional equipment included a front windscreen (see the picture of the WLA on display at the Australian War Memorial, Canberra, Australia) and leg protectors. The WLA’s were also fitted with oil bath engine air cleaners. Oil bath air cleaners are common on military vehicles as they are very efficient at keeping dust out of an engine and can be readily maintained as long as there is a supply of oil, even used sump oil can be used if supplies are critical as long as it’s reasonably clean. 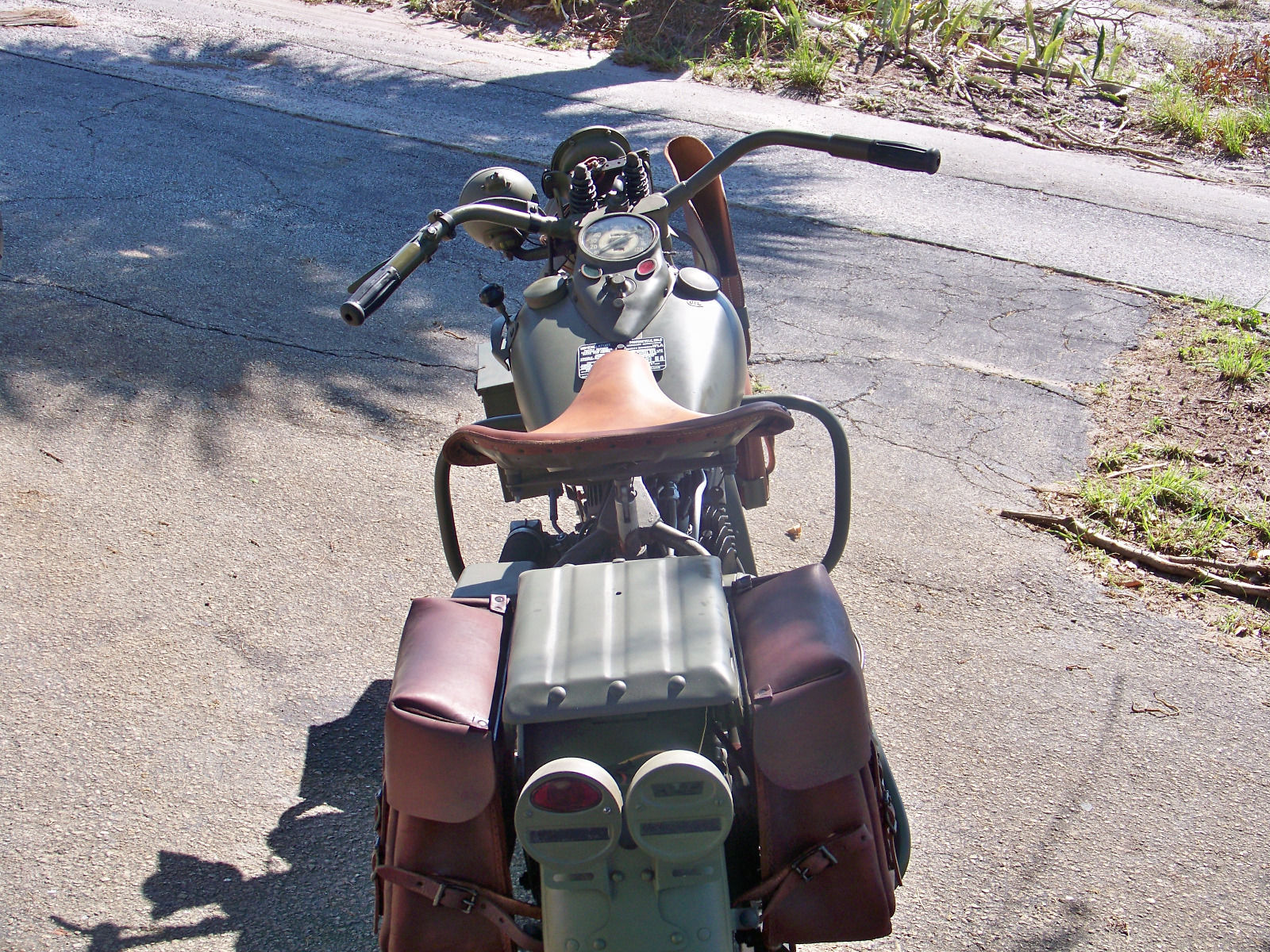 These wartime Harley’s were good to ride and popular with personnel who used them.

These bikes were also fitted with water crossing modifications to the engine and transmission.

The Harley Davidson WLA ex military motorcycle we are featuring is up for auction on eBay.

You will find the eBay auction page for this bike if you click here. 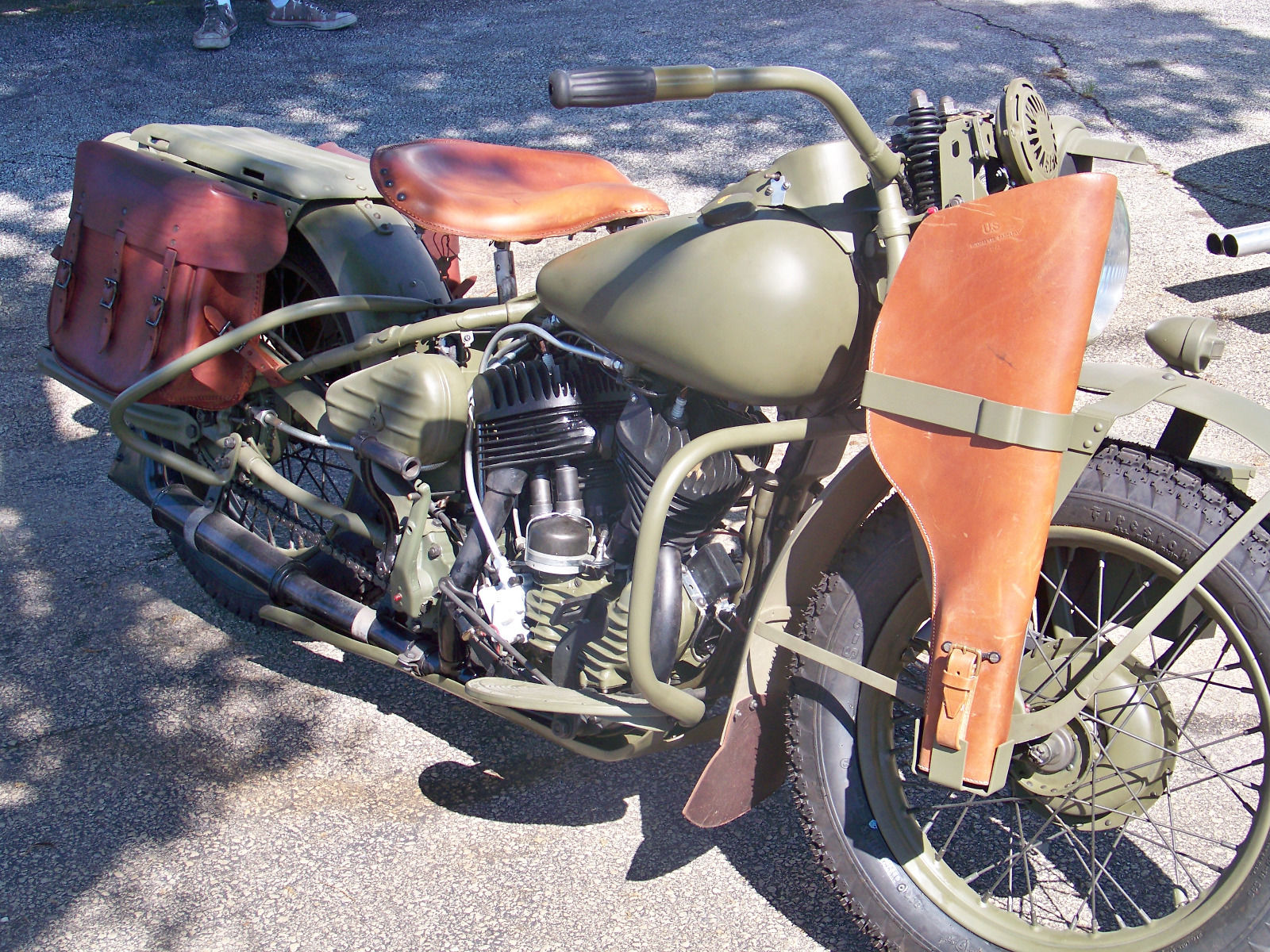 This restored Harley Davidson WLA is complete with correct equipment.

The seller describes this bike as follows:-

“From the Garage of David Sarafan is this beautifully restored 1942 WLA Type 7
This bike is all new fresh restoration and features:

This is a Beautiful example of a restored WLA and would be the perfect addition to any Motorcycle or Military Collection.” 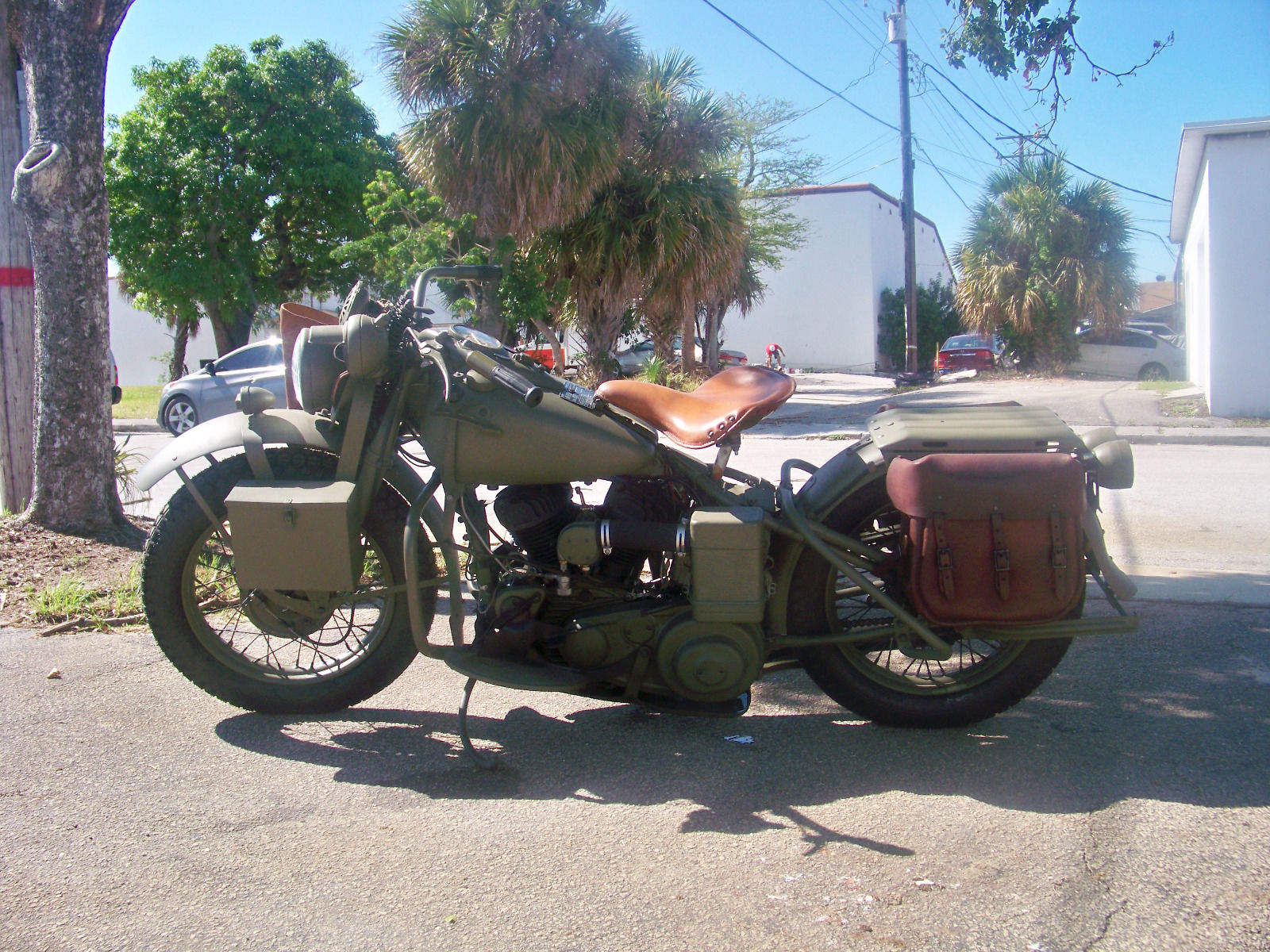 All that might be needed to complete the ensemble is an Auto Ordnance “Thompson” M1A1 SBR (Short Barreled Rifle), or an original M1A1.