The Winchester Model 70 made its debut in 1935, having been the result of over a decade of development and field experience work provided by its predecessor, the Model 54. In 1935 however the Model 70 was still very much a work in progress as the early models were essentially an improved Model 54. It was not until 1947 that some of the most important changes were made to the original Model 70 design, the changes that set it apart as one of the greatest sporting bolt action rifles ever made.

The 1947 Model 70 did away with the double-radius tang of the Model 54 which was similar to the Mauser 98, and replaced it with an improved design that sat atop the inleted wood both eliminating stock splitting problems and improving bedding. Also to improve the action bedding the front guard screw was relocated so the flat bottom action with its integral recoil lug was fitted into the stock in accordance with the best practices that had been discovered by target shooters.

The improvements in the bedding were almost invisible improvements to the rifle but were some of the most important. There were two changes that people noticed quickly however; the new bolt stop which enabled the use of the new single stage trigger, and the replacement of the old style flag safety catch with the new three position safety catch which operated in the horizontal plane. The trigger and the Model 70 three position safety catch were the two visible changes that rapidly defined what a “Model 70” was and why it was superior to most everything else.

By the end of the Second World War there were a lot of dynamics happening that were to profoundly affect big game hunting both in many countries in Africa, and also in Asia. The British Empire was morphing into the British Commonwealth as the colonies became independent nations, often with much bloodshed, especially in Africa, with the result that big game hunting there progressively almost came to an end. The Indian royalty that once kept the British gun trade busy and profitable vanished as big game hunting in India ceased, while other parts of Asia where hunters had previously gone turned into war zones, Indo-China being an example. 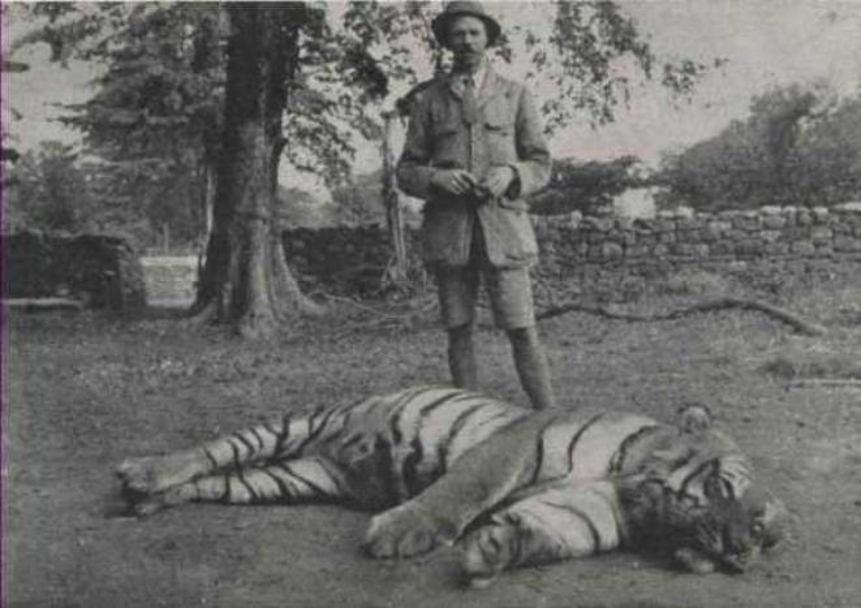 Jim Corbett stands over the body of the Champawat Tiger which was believed to have killed approximately 430 people. There was and there still is a genuine need for dangerous animal control to protect human lives. The .458 Winchester Magnum was vital for this in the decades when it was the only over .40″ rifle caliber in production suitable for this role.

The rapidly changing political situation, wars and communist insurgencies served to bring big game hunting to a near stop in many places with the result that the British gun trade was placed under a great deal of pressure. Added to that ever tighter laws restricting the possession of hunting rifles also served to strangle the British gun trade so that those who survived did so primarily by making double barrel  shotguns which were not so heavily restricted. Ultimately this would lead to an end of British manufacture of big game hunting ammunition with Kynoch ceasing production of sporting rifle ammunition by 1970.

Over in the United States Winchester could see that the writing was on the wall for big game hunting, and could see the impending difficulties faced by the British gun trade. Winchester also understood that there were American sportsmen and women who would still travel and find big game hunting opportunities and who would need suitable rifles and ammunition, so they created the largest of their line of belted magnum cartridges, the .458 Winchester Magnum and released it onto the market in 1956. 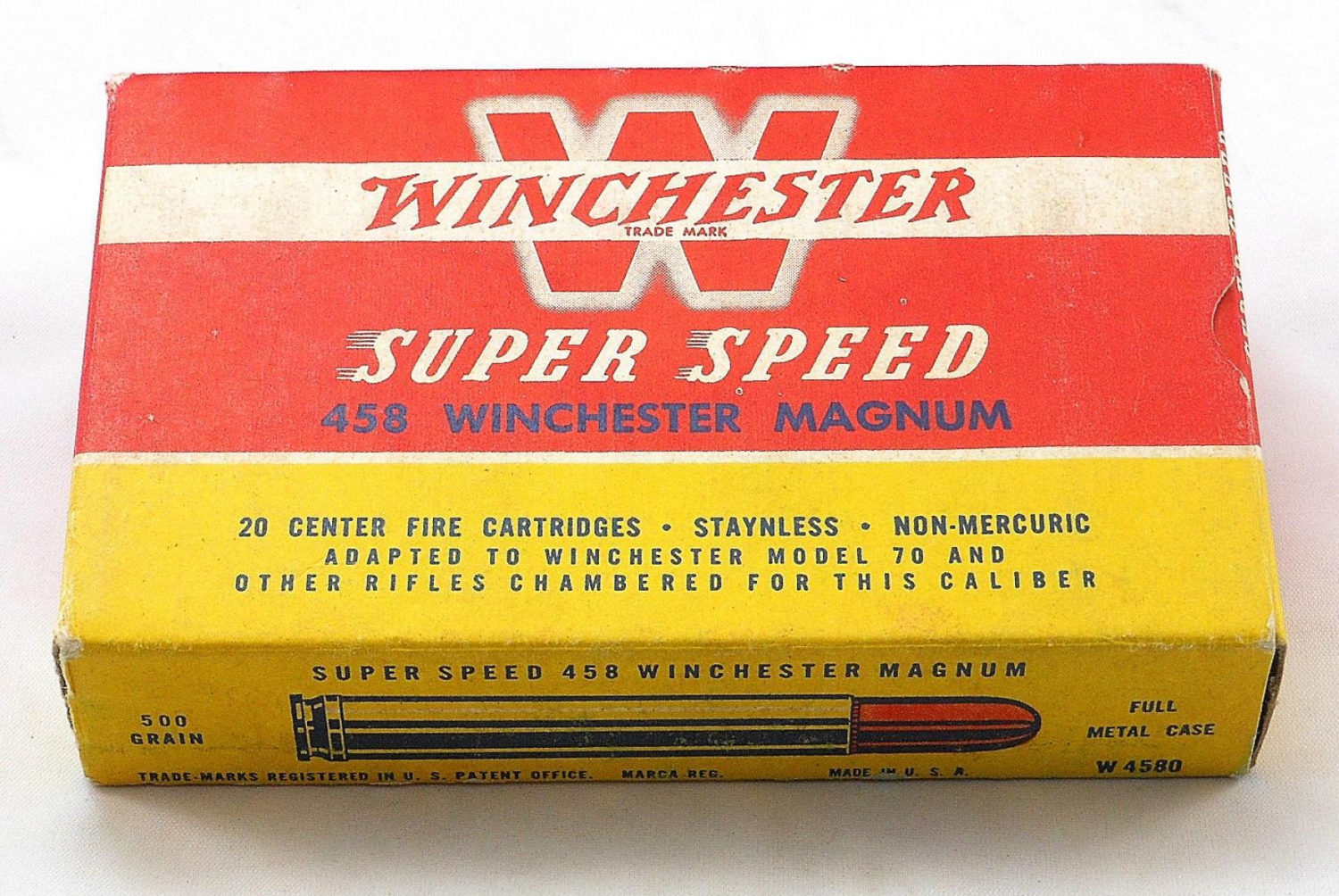 By 1970 the .458 Winchester Magnum would be the only over .40 caliber big game rifle cartridge in production and it would remain so for decades.

With their introduction of the .458 Winchester Magnum cartridge Winchester also released a world class rifle to fire it in, the Model 70 in their African and Super Grade African models. The Winchester African was designed not only with sporting hunters in mind but also game wardens, farmers and professional hunters who had a need for affordable, reliable rifles for game management. As the supply of ammunition to feed the existing inventory of British double and magazine rifles progressively dried up the Model 70 African in .458 Winchester Magnum became all the more popular.

The Winchester Model 70 had already established an excellent reputation for itself in Africa prior to 1956, especially in .375 H&H Magnum and .300 H&H Magnum. The addition of the more powerful .458 Winchester Magnum chambering was both needed and appreciated.

The rifle pictured above and below is a 1956 made Winchester Model 70 Super Grade African chambered for the .458 Winchester Magnum.

This rifle is coming up for sale by Rock Island auction on February 15th, 2019.

The condition of this rifle is described by Rock Island auction as follows:-“NB – EXCELLENT- near new condition 95% – 98%, used but little, no noticeable marring of wood or metal, bluing near perfect (some wear at muzzle or sharp edges can be expected). NPRF – NON-PROFESSIONALLY REFINISHED/COLD BLUE, ETC.”

The pre-64 Winchester Model 70 has gone down in history as one of the greatest bolt action hunting rifles of all time. A Model 70 Super Grade African in 458 Winchester Magnum and made the same year the cartridge was introduced is a superb collector’s item. But we hope whoever gets it will put it to good use whether that be in Africa, Australia, or for larger deer or bears in North America.