There are three Lee Enfield rifles coming up for sale by Bonhams at their Modern Sporting Guns auction to be held on 12th May 2016. The Lee Enfield is a rifle sometimes overlooked by collectors simply because there are so many of them so they tend to be taken for granted. However, the Lee Enfield has been described as “the best bolt action military rifle ever designed” with good reason. The action was originally created by American James Paris Lee but it was adopted by the American’s “cousins across the pond”, the British. Initially adopted as the Lee Metford firing a black powder version of the .303 British cartridge in 1888 the rifle was re-designed for smokeless powder, which was the British tried and true Cordite, with new square profile Enfield rifling replacing the black powder Metford rifling in 1895. Thus the Lee Enfield entered service in 1895 and has continued in service up to the present day. Something of the order of seventeen million Lee Enfield rifles have been produced and James Paris Lee’s rear locking, cock on closing bolt action has seen service in some of the most exotic conflicts of modern history including not only World Wars I and II but also the second Boer War, the Indonesian Revolution, the Malayan Emergency, the Vietnam War, the Arab Israeli War and the Suez Crisis, and the Mau Mau uprising to name a few. 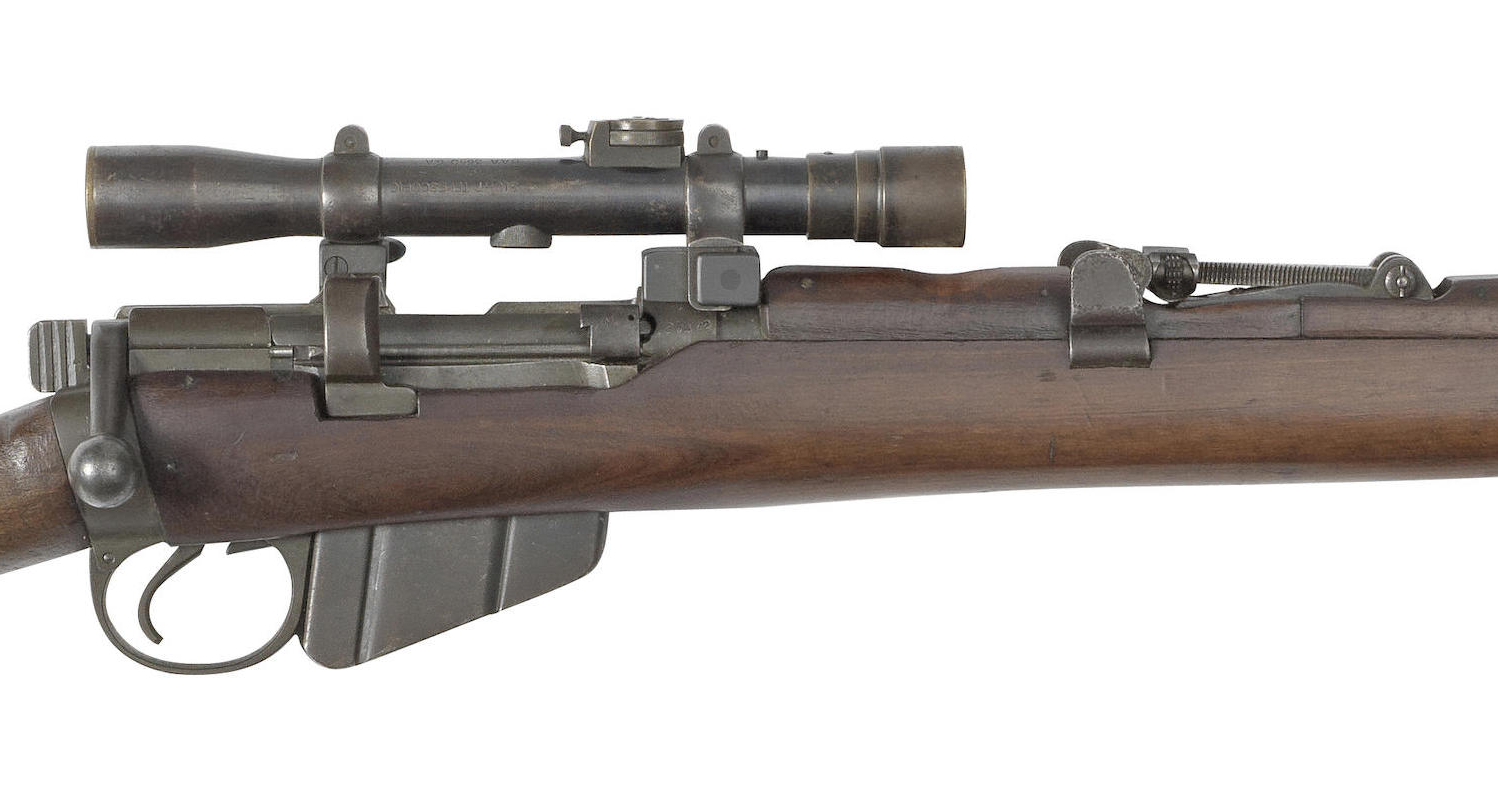 The Lee Enfield rifle went through a number of numbers and marks in its development but its most iconic is the Short Magazine Lee Enfield (SMLE) Mk III. These are by far the most common and to be found manufactured in various places of the British Commonwealth. The rifle pictured above which is one of the three rifles for sale by Bonhams is a SMLE Mk III (in Australia referred to as the “smelly”) sniper version made by the Lithgow Arms Factory in the town of Lithgow, New South Wales, Australia. The sniper’s rifles are a highly collectible variant of the more common SMLE Mk III. 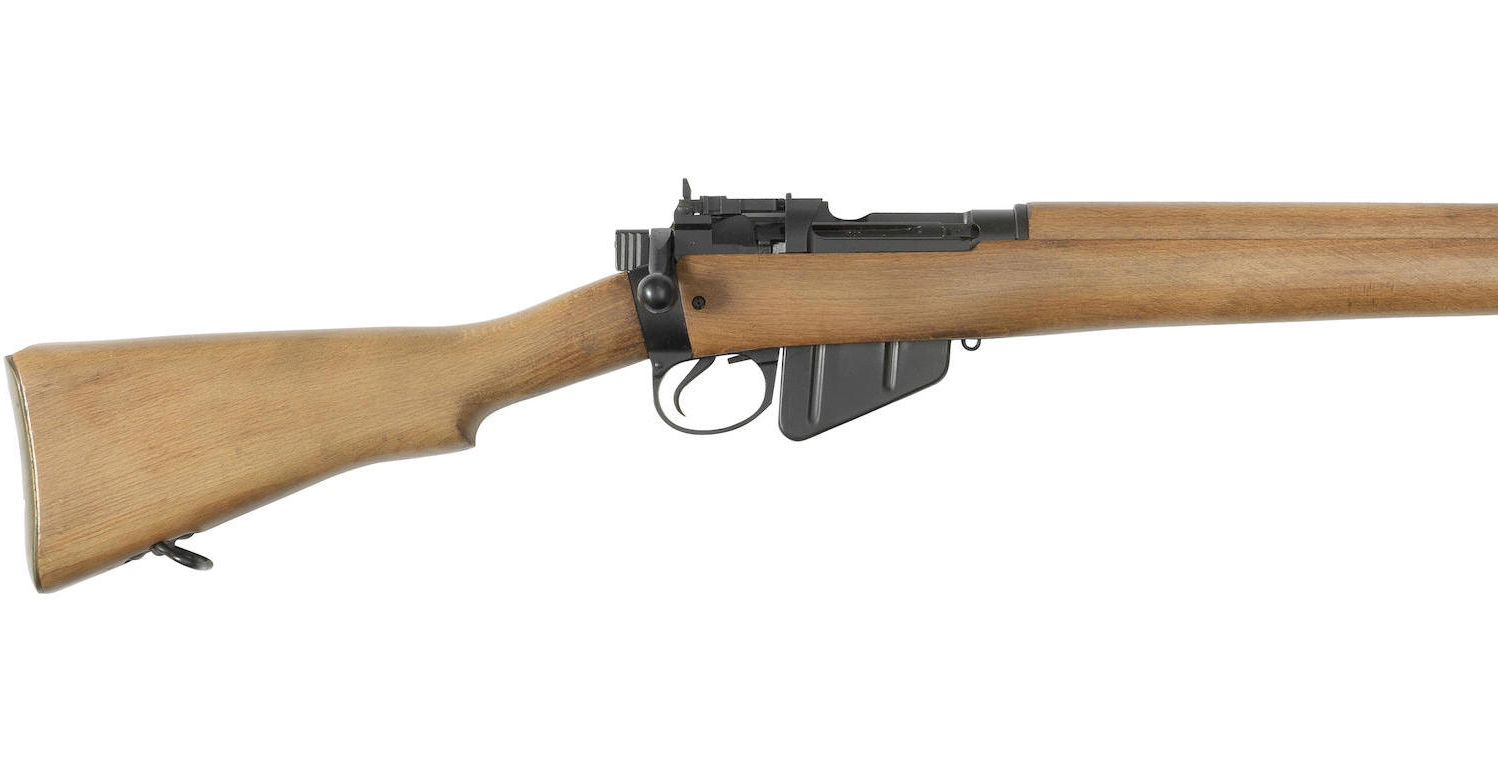 The second rifle for sale is a SMLE No. 4 Mk 2 rifle newer and more modern than the rifle above these had the conventional rear sight of the SMLE Mk III removed and replaced with an interesting aperture sight that can be elevated to provide for aimed fire at very long ranges where accurately hitting a target would be impossible, but if a large enough group of rifle men are able to keep bullets raining down on an enemy’s heads they can make them keep their heads down. Used at normal combat ranges the aperture sights proved to be very effective, as soldiers armed with the M1 Garand would testify. 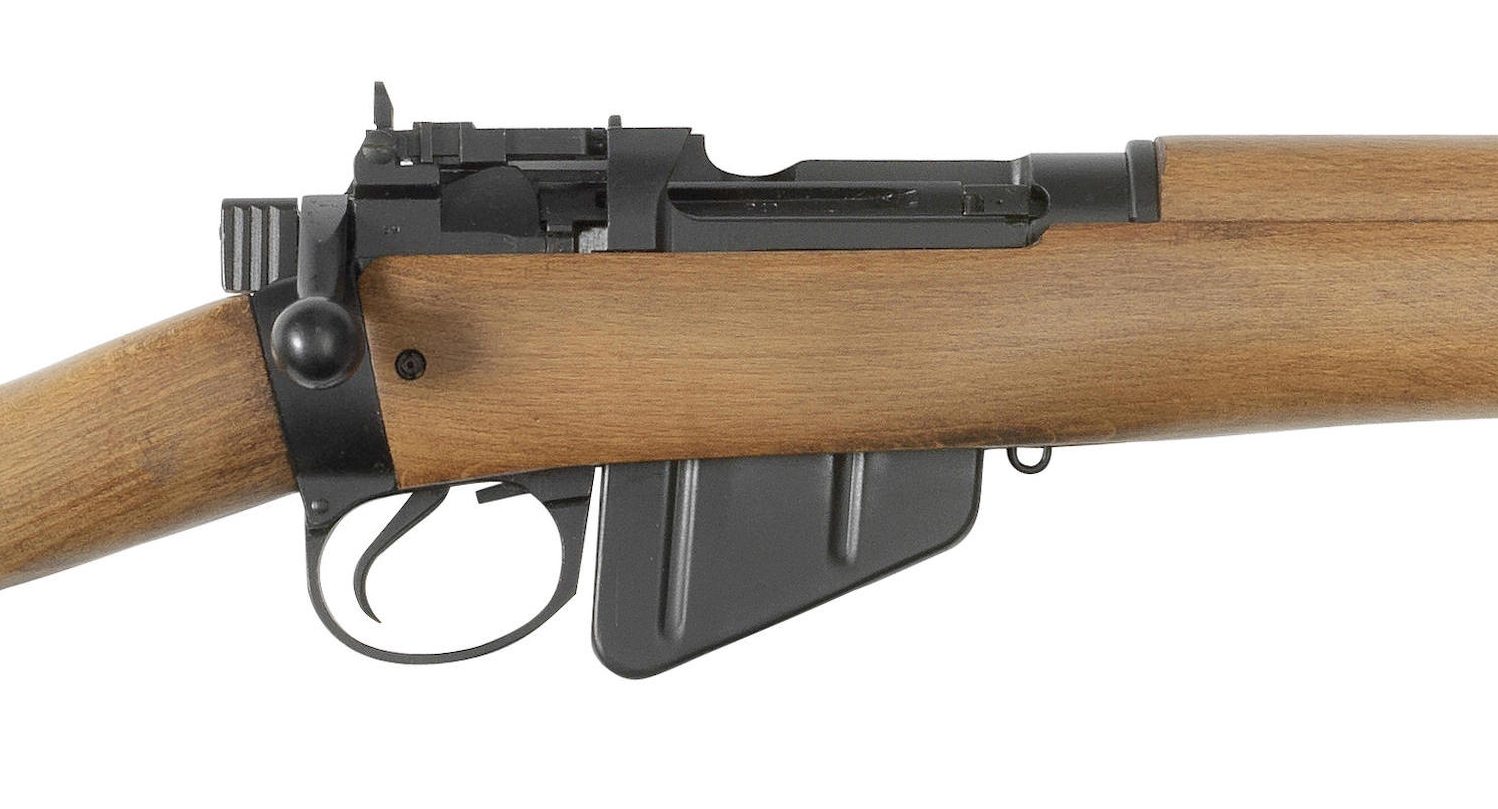 Action close up of the No. 4 rifle with its aperture rear sight.

You will find the sale page for the No. 4 rifle if you click here.

The third and last rifle for sale is a fabled “Jungle Carbine” otherwise known as the .303 No. 5 rifle.

You will find the Jungle Carbine’s sale page if you click here.

The Lee Enfield was one of the best combat bolt action rifles ever created and even when the British Army moved to self loading rifles the Lee Enfield was pressed back into service as a sniper’s rifle. A role it served in up until the 1990’s. These rifles are frequently found all over the old British Commonwealth in sporterized form serving as deer rifles, and in Australia for kangaroo culling. In fact in Australia’s north they were by far the most common rifle for professional crocodile shooters prior to crocodile shooting being banned.

Below is a video from Mike Belivue showing his sporterized Lee Enfield.


And here is a nice video in which hickok45 has fun with a Lee Enfield Jungle Carbine.


(All pictures courtesy Bonhams except where otherwise marked).