Back when I started shooting in the seventies, and when I got into competitive benchrest shooting in the eighties, the notion of needing to break-in a barrel was unheard of. It was certainly unheard of in the shooting circles I was moving in. So it caught my interest when I bought a copy of the new Barnes Reloading Manual Number 4 last year that it includes a section on new barrel break-in and describes a process for it. So when I went out to the range of the new club I’m a part of I started asking the competitive benchrest shooters of the twenty first century what they thought of this and to my surprise each one expressed that yes this really needs to be done for a competitive benchrest rifle and is highly recommended for a hunting rifle that you expect to shoot sub minute of angle consistently. 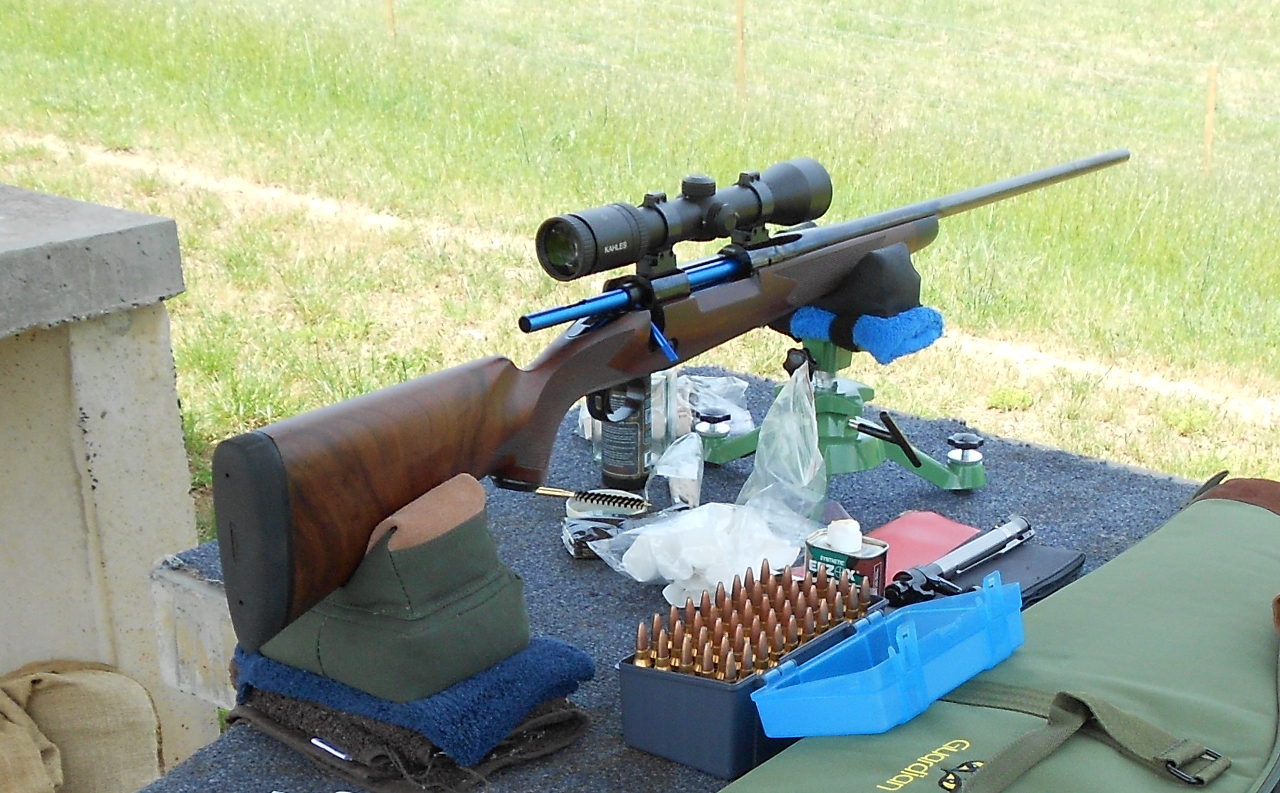 Basic gear for doing a barrel break-in includes a stable rest, bore guide and cleaning rod with jag and both bronze and nylon bristle brushes. We sight in as we do the break-in.

I’m aware that there is some controversy as to whether a break-in is needed or not, some believe it is necessary and some do not. I have no empirical evidence that compares a sample of rifles that have been properly broken-in with a test sample that had not so I’m not going to say you should or should not do this. My own thoughts are that if the process is so accepted by the guys who shoot benchrest then I would follow the instructions and do a barrel break-in following the instructions in the Barnes Reloading Manual Number 4. I’d bought a nice new Winchester Model 70 Super Grade in .300 Winchester Magnum and I decided that I’d do everything I could to ensure it performs just as well as I hoped it would.

The process for breaking in a new rifle barrel is summarized as follows:-

Use ammunition loaded with conventional gilding metal jacketed bullets, not Barnes pure copper bullets or similar. The metal jacket alloy needs to be hard enough to have a burnishing effect on the bore. For my barrel break-in I used Remington 180grain Core-Lokt .300 Winchester Magnum factory ammunition. 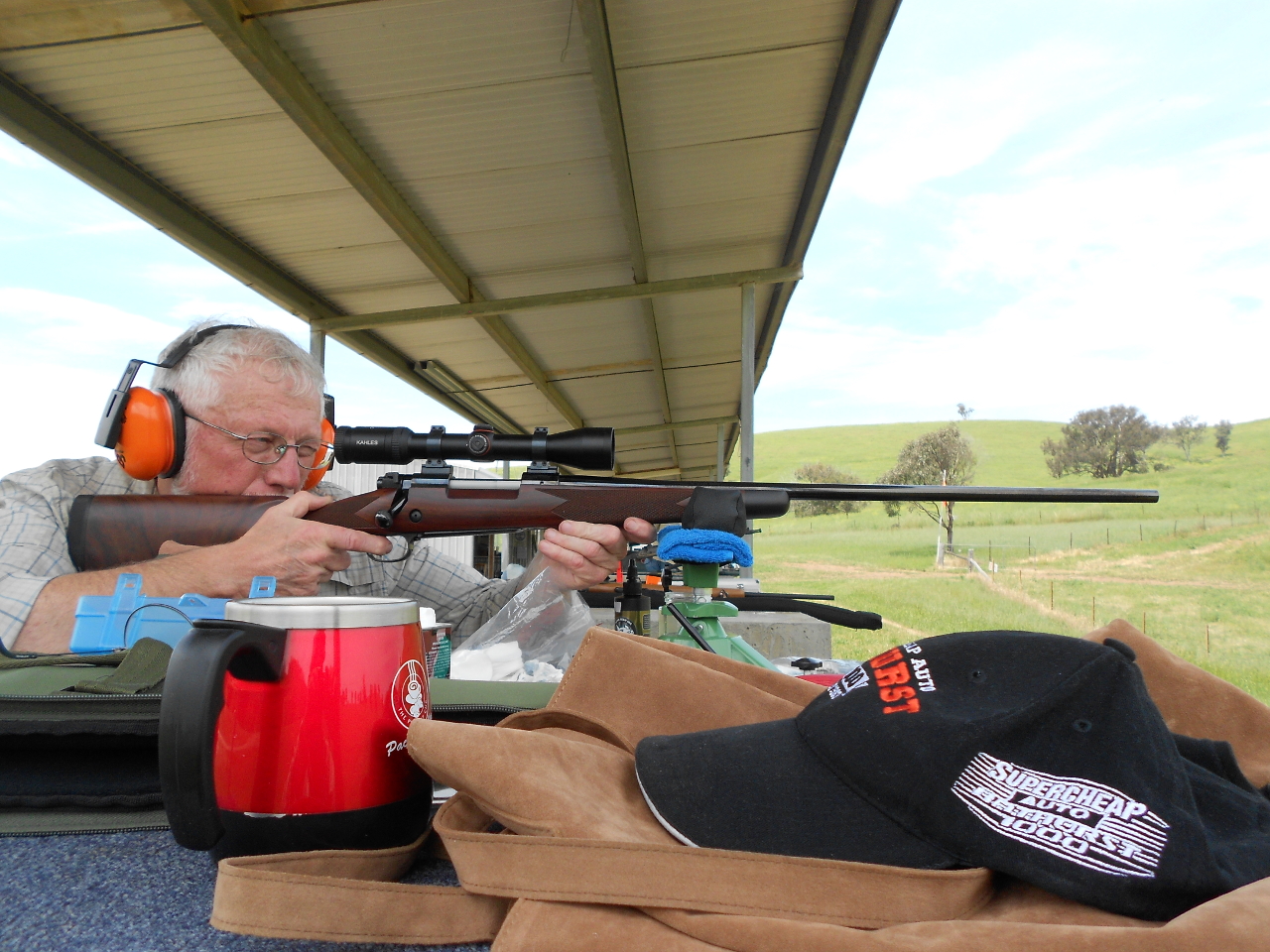 A rifle with the recoil of something in the .300 magnum class on up may need a steadying hand under the fore-end in case it jumps off the rest. The barrel break-in process is quite fun to do but takes time so a nice cup of coffee or tea at regular intervals is good to have.

The actual thorough cleaning according to Barnes requires Barnes CR-10 solvent (an alternative such as Sweets 7.62 solvent or Bore Tech Eliminator should be just as efficient). Milder slow acting solvents such as Hoppes No. 9 are not likely to be quick acting enough to get all the copper fouling out between shots.

The cleaning method between shots/groups is as follows:-

Once the barrel is copper and fouling free clean the bolt face (old toothbrush will do) and lug recesses and re-lubricate the bolt lugs. Barnes recommend using a suitable grease although I personally tend to favor a light application of Ballistol.

This is a slow process so I recommend you have a thermos or portable stove so you can make coffee or tea at regular intervals. Not only is a coffee break nice but it also offsets the stink of bore solvent in your nose. Sweets 7.62 solvent stinks of ammonia and although coffee does not remove that smell from your nostrils as efficiently as Sweets removes copper fouling from your rifle barrel it helps relieve it a bit. The added advantage of being a coffee provider is that you will meet lots of club members and establish the friendships that are so important. 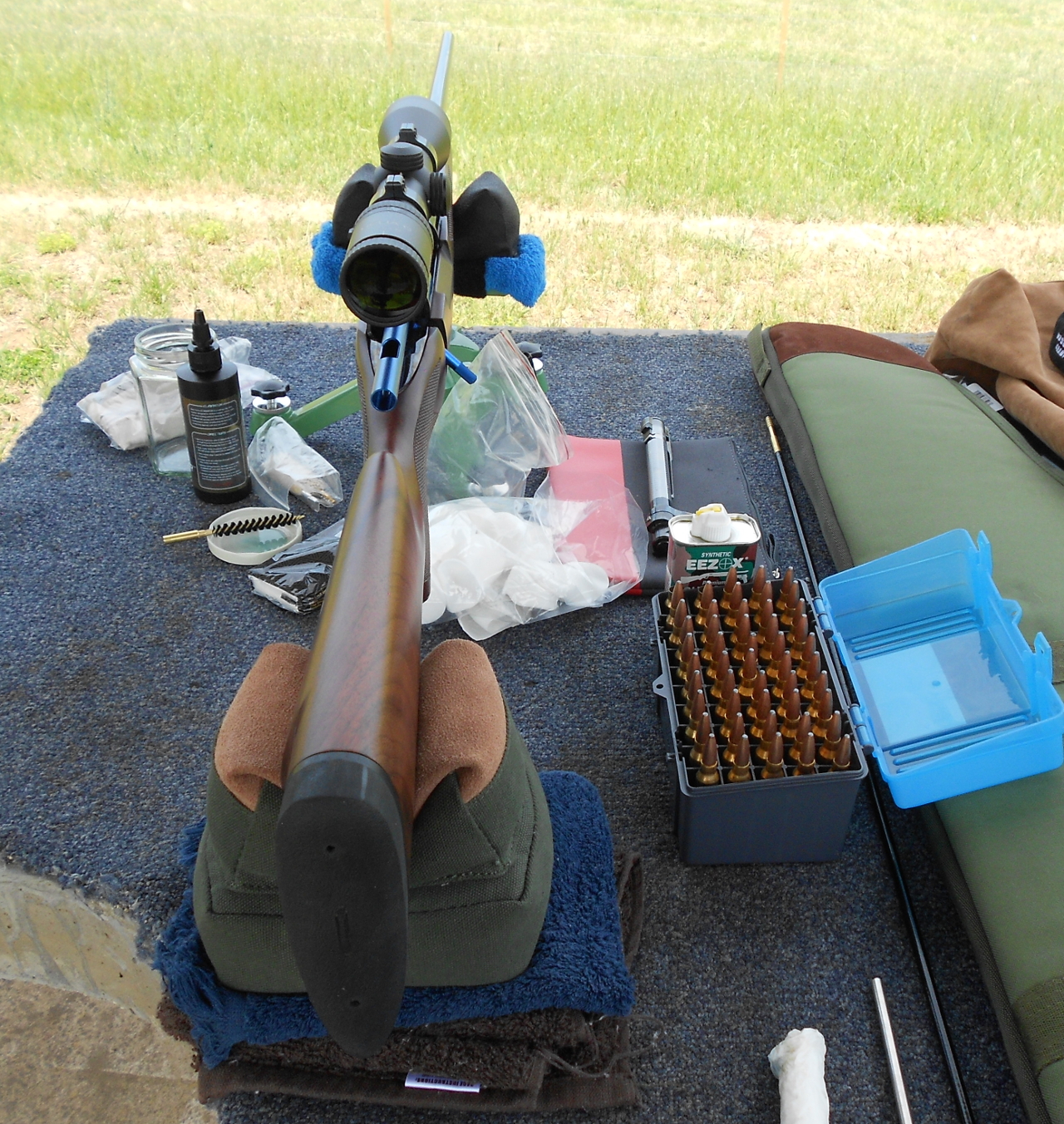 One benefit of taking the time to do a barrel break in is you will get to know your new rifle well. You will know where it shoots first shot from a clean cold barrel and you will find out if shots move as fouling builds up, and how much.

Would I do a barrel break in for every new rifle I buy? The short answer is no. If I bought a lever action carbine or any rifle for which I was not expecting, or seeking, sub MOA grouping from then I would not. But if I am looking to optimize the accuracy of a center-fire rifle then I will.

One conversation I had at the benchrest club that’s worth repeating was discussion about the difference between hammer forged rifle barrels, such as on my Winchester Model 70, and button rifled or cut rifled barrels as are common for stainless barrels for example. The benchrest shooters at the club told me that they will break-in a button rifled or cut rifled barrel until the pass of a tight patch is smooth and consistent all the way through the bore. The three rifles I have had with hammer forged barrels typically feel consistently smooth from the factory with a slightly perceptible tightening in the last few inches before the muzzle so I wouldn’t expect a hammer forged barrel to be like a button or cut barrel in that regard.

Other people and other manufacturers have different ideas. Danish rifle maker Schultz & Larsen do not recommend the use of solvents on their cut and lapped rifle barrels at all. Just dry brushing. You will find their instructions if you click here.

Is it really essential to do a barrel break-in? I don’t think so to be honest. But, because I want that expensive new Winchester Model 70 of mine to shoot just as finely as is humanly possible I’ve gone through the process. Whether or not you decide to do it is up to you. If you do choose to do it you will not only have broken your barrel in, but you will know that rifle really well, and you’ll know how it shoots from a whisker clean dry cold barrel, and what happens as the fouling builds up. Its also a good excuse to spend time at the shooting range, and to swap yarns over good coffee with a few friends.