Around the turn of the twentieth century the British Military just like the American Military were not particularly enthusiastic about automatic pistols. When John M. Browning first submitted his earlier designs to the US Military there was objection to the small caliber size of the cartridge – it was chambered for the .38ACP (which was of about the same power as the 9mm Luger but dimensionally the same as the later .38 Super), and the .38 caliber was regarded as a dubious caliber for military use. But further to this the design and operation of John M. Browning’s earlier automatic pistols was regarded as potentially dangerous. Carrying the pistol with a cartridge in the chamber with the safety on was not a safe practice. John M. Browning then went ahead and re-designed his earlier concept taking into account the criticisms leveled at his automatic pistol. The result was his model of 1911 and the .45ACP cartridge. The combination of manual safety catch, grip safety and internal safety improvement led to the M1911 becoming the US Army’s adopted favorite pistol for two world wars and quite a number of others and the pistol is still in use as the US Marine Corps MEU(SOC).

The British military were no different to the American military in being reticent to adopt an automatic pistol and were in all probability even more conservative about the idea than the Americans. 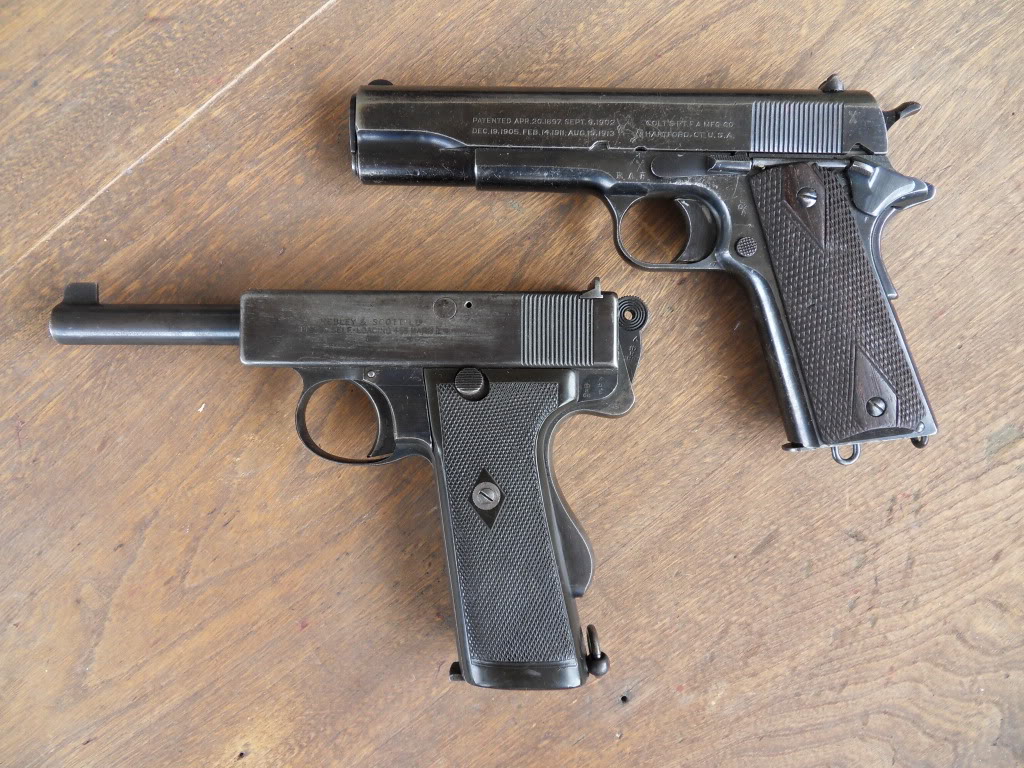 British designer William John Whiting designed a series of automatic pistols for British gunmaker Webley & Scott and his pistols were well respected. During the Second World War Winston Churchill’s bodyguard carried one of Webley’s smaller automatic pistols. For the military to use on the battlefield however a large automatic pistol was needed and it was required to fire a .45 caliber cartridge of comparable power to the .455 Webley revolver. 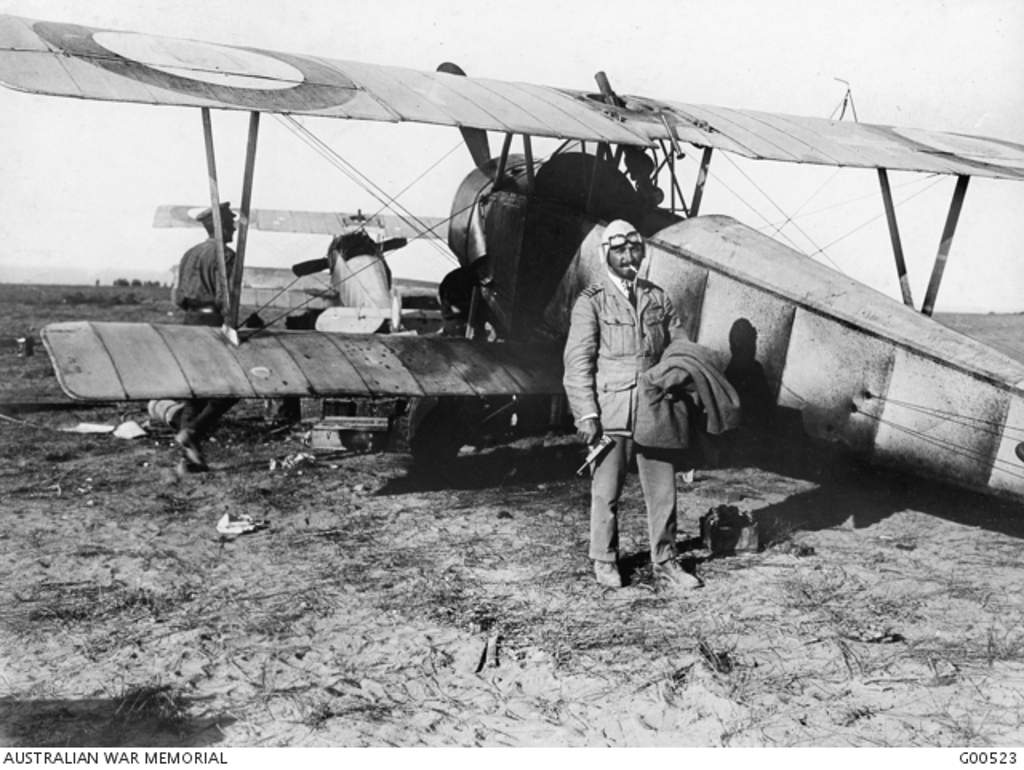 William Whiting created his full size military automatic pistol and presented it to the British Army and Navy. Whiting’s pistol was run through comparison testing against John M. Browning’s Colt M1911 and was declared to be superior to the Colt. The first official issue of the pistols was to the Royal Horse Artillery in 1913 followed by a limited issue by the Royal Navy on 14th May 1914 and the newly formed Royal Flying Corps on 26th April 1915.

Of special interest to collectors is that William Whiting had designed both military and commercial versions of his full size pistol and they were available in both the military .455 Webley Automatic caliber and in John M. Browning’s .38ACP. These Webley Automatic pistols are finished to commercial quality and were sold by some of the most prestigious London gunmakers including Holland & Holland. 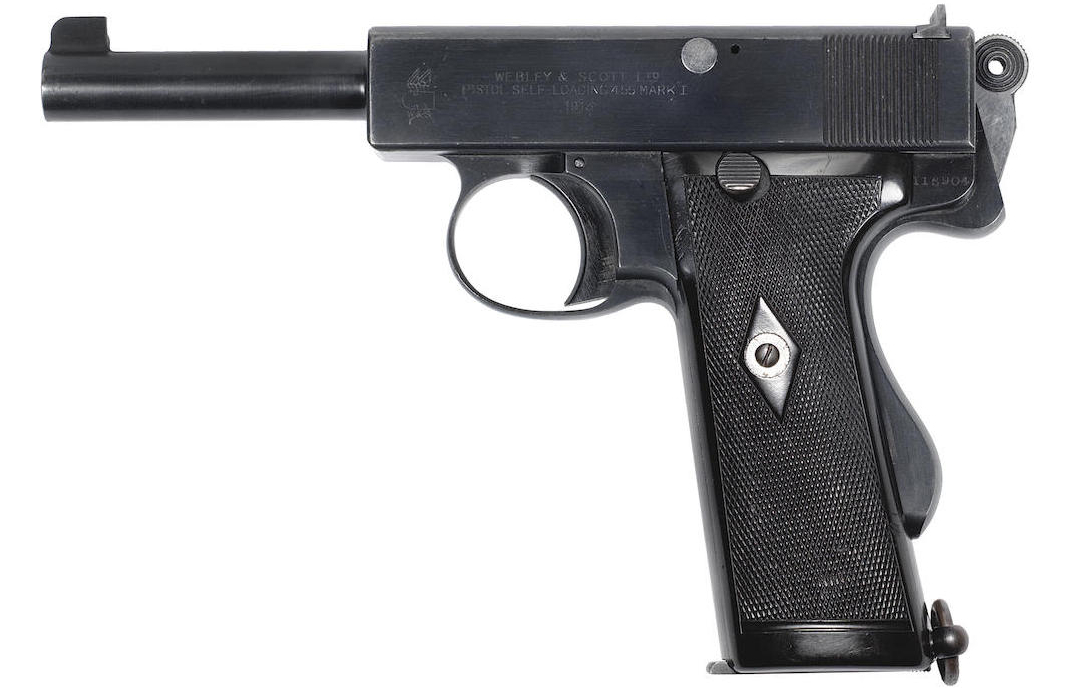 This Model 1913 Webley automatic pistol is commercial quality and was sold to Holland & Holland, 98 New Bond Street, London, in September 1914. This pistol is coming up for sale by Bonhams on 1st December 2016. (Picture courtesy Bonhams).

A Commercial Model 1913 Webley automatic pistol in excellent condition with almost all of its original bluing intact is coming up for auction by Bonhams at their Modern Sporting Guns auction to be held in London on 1st December 2016. This is the Mark 1 Navy model and it was originally sold to prestigious London gunmaker Holland & Holland in September 1914. This example has been very well cared for and does not appear to have had much use.

Expected sale price of this pistol is estimated to be £1,500 – £2,000 and given the collector prices for these quite rare pistols that would make this a very reasonable buy. There were only 1248 commercial quality Webley Model 1913 automatic pistols made.

The Bonhams Modern Sporting Guns auction has a large range of often quite reasonably priced firearms on offer and browsing their on-line catalog is recommended.

You will find the catalog for this auction if you click here.

There is an excellent overview of the Model 1913 Webley Mark 1 Navy pistol by Forgotten Weapons which you will find below. (Note that there is one minor errata in the video; the presenter says the pistol was made for the rimmed .455 Webley cartridge, which is not the case. A rimless version of the .455 was made and adopted by the British Army and Navy. This is called the .455 Webley Automatic cartridge. Interestingly during World War I the British Military purchased a quantity of Colt M1911 automatic pistols but had them chambered for the rimless .455 Webley Automatic cartridge not the .45 ACP.) Also please note the pistol in the video is not the pistol on sale by Bonhams. The pistol for sale is pictured in our feature image at the head of this post and above as captioned.