The Scottish poet Robert Burns writes in his poem “To a Mouse”;

But Mousie, thou art no thy lane,
In proving foresight may be vain:
The best-laid schemes o’ mice an’ men
Gang aft agley,
An’ lea’e us nought but grief an’ pain,
For promis’d joy!

And I think so it was for the Maserati Tipo 60/61 “Birdcage” sports racing car. A result of human intention and design producing something that was at once fantastic and filled with promise and yet, something that was complex beyond the capacity of mere human engineering.

In the late fifties, when monocoque frames for cars were still being developed, the designers at Maserati reasoned that a frame constructed of a multiplicity of small diameter 10-15mm tubes would provide maximum structural integrity for minimum weight. They did the math and the math said “yes”. Thus the Tipo 60/61 was born.

And what a car it was. The late great Sir Stirling Moss loved it and found it to be wonderfully lively and fast. The design engineers had really hit on something. When these cars appeared at Le Mans in 1960 they led the pack for the first hours of the race and impressed everybody. You’ll see some video footage of them in action in our previous post on the 1957 Chevrolet Corvette in the video of the Corvettes in that race. But as you will also see in that video the Maseratis suffered mechanical failure one by one and none of them finished the course. So, fantastic design, but one that stretched the skills of the men who did the construction beyond their limits.

These cars were indeed fast. In fact they developed a reputation for starting out at the head of the pack in most races they were entered in. But that reputation had a sting in the tail as the cars frequently failed to finish. One impressive victory was at Nurburgring in 1960 when Stirling Moss and Dan Gurney won against stiff competition from the Aston Martin DB1, the Porsche 718 RS60 and Ferrari 250 TR59/60. Nonetheless Stirling Moss described it as “my toughest victory ever in sports car racing”. The Maserati finished the race with a number of broken frame welds whilst Moss himself had been soaked in oil at the beginning of the race and endured weather conditions that were difficult.

Despite the engine being in front of the driver the Maserati Tipo 60/61, like the Bizzarini GT Strada and GT America, can really can be described and a mid-engine car. Mid-engine simply means the engine is located between the front and rear axles and not overhanging. Thus the engine can be in front of the driving position although it is more usually behind. The aim is the same regardless, to achieve as close to a 50/50 weight distribution between front and rear. The successor to the Tipo 60/61, the Tipo 63 moved the engine to the now more commonly seen position behind the driver.

With the engine mounted so far to the rear the gearbox and differential were constructed as one unit feeding into a rear suspension with De Dion Tube. Front suspension was by wishbones with coil springs and shock absorbers inside the coils. there were two engines fitted to the cars. The Tipo 60 had a 2 liter four cylinder engine producing 200 hp and giving the car a top speed of 270 km/hr. The Tipo 61 had a 2.9 liter engine producing 250 hp and giving a top speed around 285 km/hr.

Probably the best book on these fascinating cars is “Maserati Tipo 60 and 61: The Magnificent Front Engined Birdcages” by Willem Oosthoek. His other book “Maserati Tipo 63, 64, 65: Birdcage to Supercage” completes the history by looking at the rear mounted mid-engine cars that followed on from the Tipo 60 and 61.

The re-creation Maserati Tipo 60/61 provides the opportunity to acquire one of these undeniably beautiful cars at a fraction of the value of an original historic example. It’s modern construction means that the problems that plagued the original cars are hopefully absent from this modern example making this a car in which one can really experience the liveliness and speed of the original in a car with rather more reliability.

Because this is such a pretty car it makes for a nice wallpaper so here are some free wallpapers to liven up your computer desktop as sanity savers whilst you beaver away at that keyboard trying to get some work done. 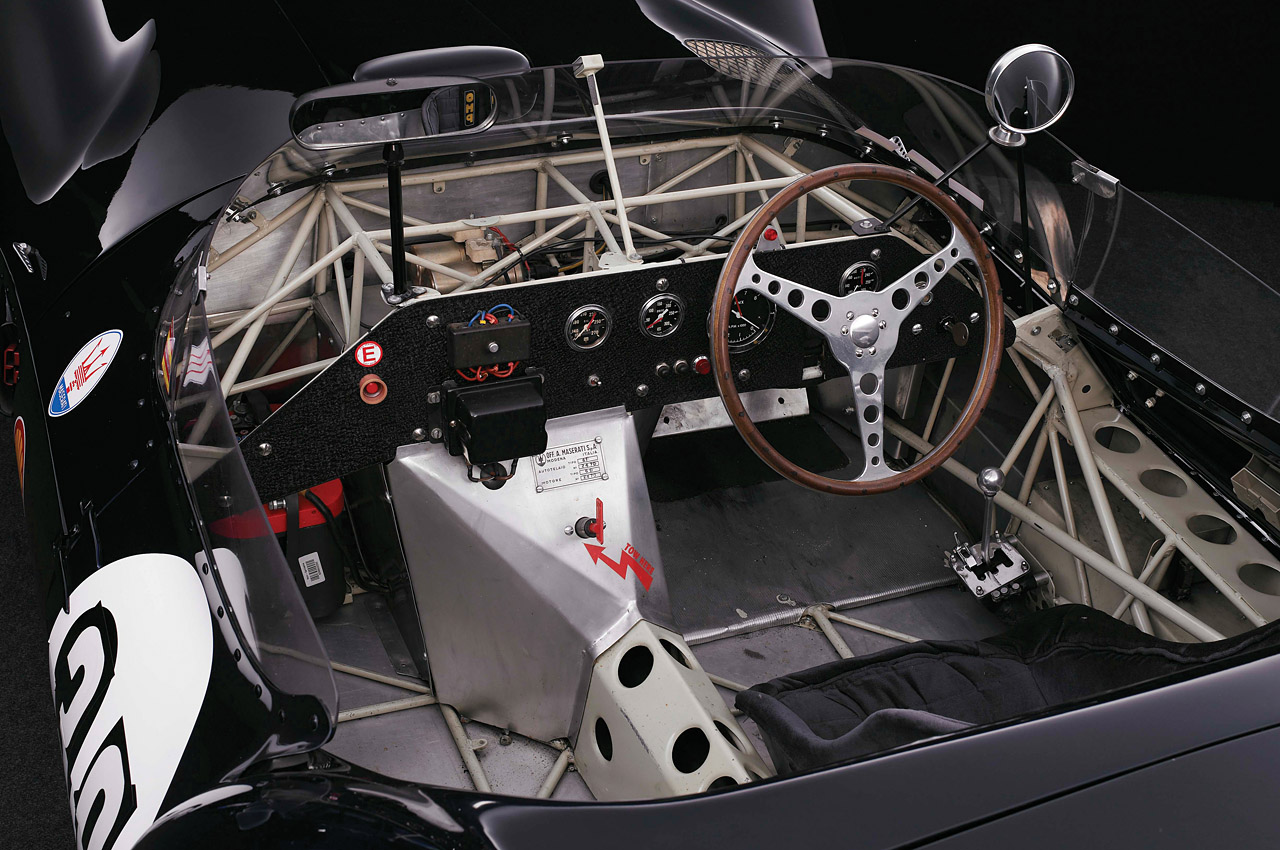 And for all you “Walter Mittys” out there (of which I’m one) here’s the cockpit view trip around the track video.