In not so sunny England the land from the high tide line to the sea has traditionally been crown land and thus available for recreational shooters to go hunting on. Although that might not initially sound greatly promising there are parts of England where the area of land down from the high tide mark can be very extensive. Morecambe Bay is an example where the difference between high and low tide is between twenty to thirty feet: and the bay provides an area of approximately 225 square miles which is prime wild-fowling real-estate. There are areas such as this around Britain and they are well used by the intrepid breed known as the British wild-fowler. These British wild-fowlers have a long tradition of highly developed knowledge of the area they hunt in, of the behavior patterns of their quarry, and of the movements of the tides and that relationship with the movements of the ducks and geese hunted.

In the pre-war years both prior to the First World War and into the thirties, one of the better choices of gun for the long range shots required in coastal wild-fowling was the 8-bore using black powder. These big guns took some time and effort to learn to use them effectively. Learning to wield a gun of the heft of an 8-bore took practice, and the significantly longer lead required similarly took time and effort to develop into an instinctive shooting skill. Shot size for the big guns was up to BB depending on the gunner’s preference, to provide sufficient knock-down power at the ranges at which the ducks and geese would be taken.

This Purdey 8-bore is typical of the long and heavy wild-fowling guns of the era. The gun is built on much the same action as would have been used for the company’s 8-bore double rifles, and with its 34in. barrels weighs 12lb. 1¾oz. Given the substantial recoil of an 8-bore one likely wouldn’t want it to weigh less. 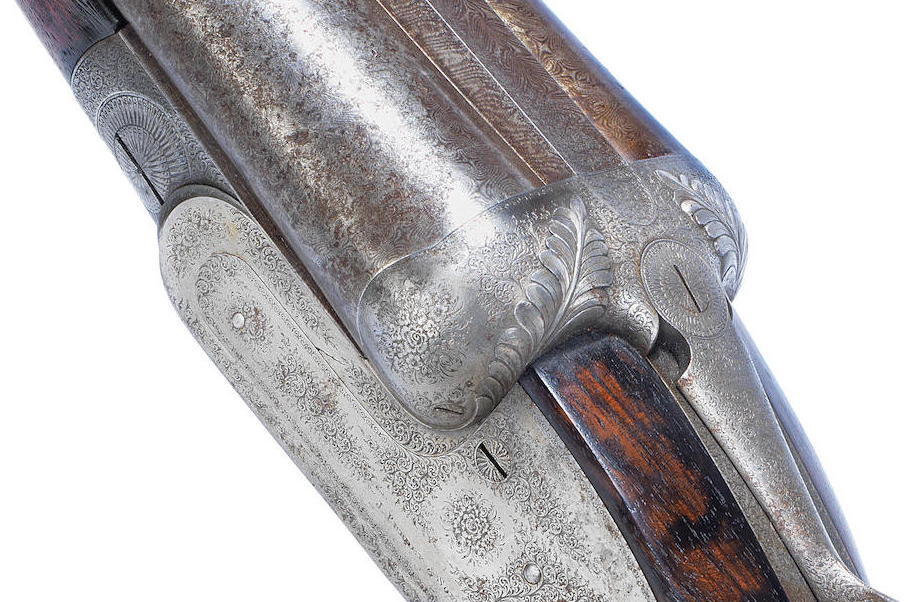 Wild-fowling in Britain has always been the province of a select few dedicated enthusiasts. This is because the sport requires the patience and motivation to learn about the environments you will hunt in and the behavior of the birds related to changes in their environment. Add to that wild-fowling is done in wet and mucky conditions in places where a mis-calculation with regards to tidal movements can have nasty, and even fatal consequences. As a result of this Purdey did not make many 8-bore wild-fowling guns – eight to be exact – of which the gun in our pictures is one.

This interesting gun is coming up for sale on November 30th, 2017, by Bonhams at their Modern Sporting Guns sale to be held in London.

You will find the sale page for this gun if you click here.

This Purdey was made in 1884 and was the first of the eight 8-bore wild-fowling guns made by them. The barrels have 3¼in. chambers and are choked cylinder and quarter. This is a fascinating gun and it must have been an impressive piece of ordnance to fire out on the coastal marshlands with its boom and clouds of black powder smoke. 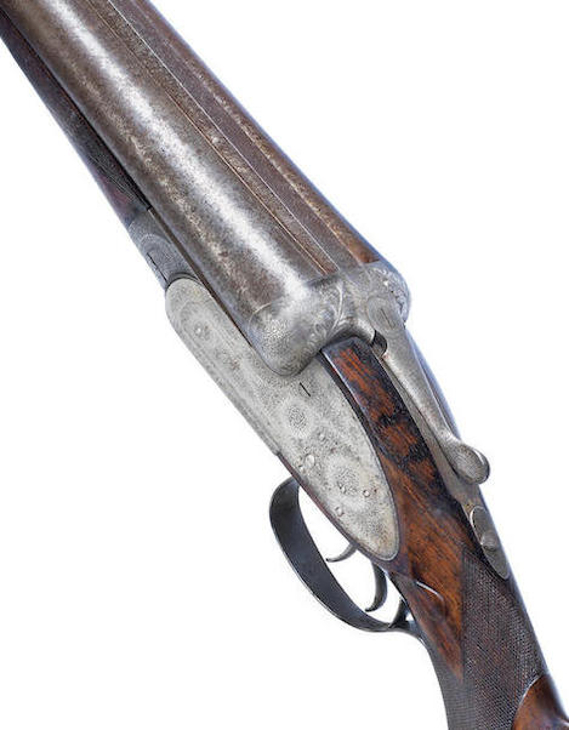