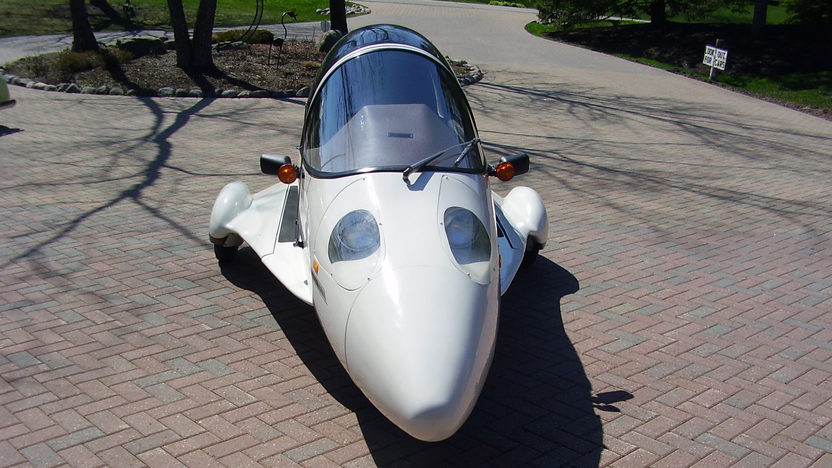 Looking like the front of a fighter jet with very stumpy wings this machine looks ready to fly. (Picture courtesy Mecum Auctions).

Capable of 100mpg at 55mph and 75mpg at 100mph the Litestar was certainly capable of more miles per gallon than a Toyota Prius by a long margin. Designed by light aircraft designer and manufacturer Jim Bede the Litestar became a vehicle that defied categorization as either a car or as a motorcycle; it was eventually defined as a GCRV (Ground Cruising Recreational Vehicle).

The Litestar was shown at the 1983 Chicago Motor Show. See the video below;-

Powered by a 400cc Yamaha air cooled motorcycle engine the Litestar was later re-developed as the 1100cc Honda powered Owosso Pulse. With seating for two people but no room for luggage this was a small low capacity personal transport vehicle which could carry one person plus their luggage on a long trip or two people with no luggage on a short trip. The most common criticism of the Litestar was the greenhouse effect inside the cockpit making it hot and uncomfortable in summer. Back in the eighties it would not have been easy to air condition the vehicle although if one were to create a vehicle like the Litestar nowadays using a larger motorcycle engine it should not prove too difficult to accomplish that. 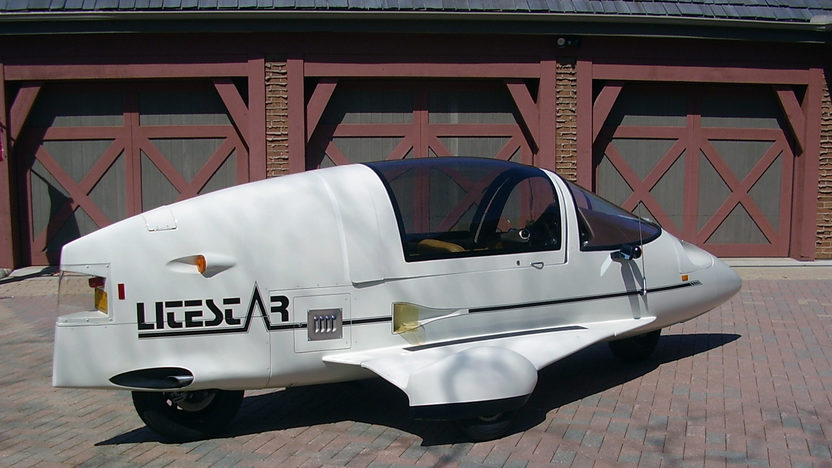 With its small frontal area and aerodynamic shape the Litestar is guaranteed to be capable of efficient fuel mileage and a relatively high cruising speed. (Picture courtesy Mecum Auctions).

Jim Bede’s Litestar has a small frontal area combined with an aerodynamic shape that greatly reduces the power needed to drive it through the air. This should also mean it becomes easy to minimize air noise. If this concept were to be put into a twenty first century design we could also ensure a strongly protective safety shell around the occupants combined with much better stability and traction control. As created in the eighties the Litestar would appear to lack the sort of crash protection we expect in cars today, although it is near certain to be more protective than a motorcycle and at least as stable. 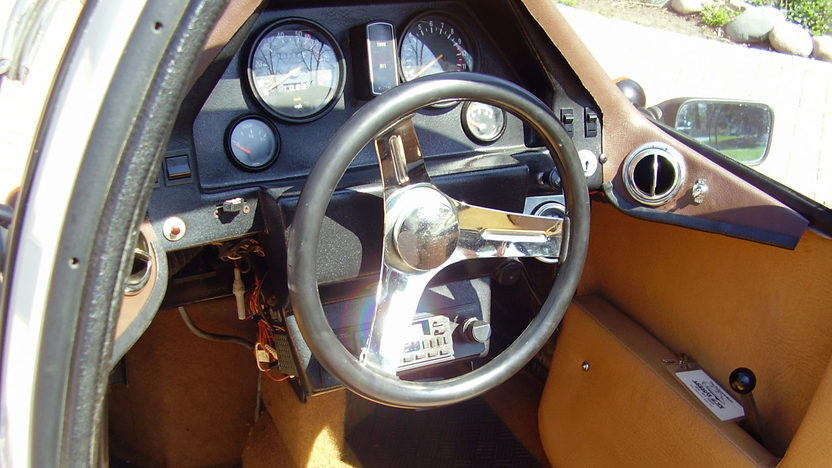 The cockpit of the LItestar is well layed out. The car is much more refined than a Messerschmidt micro car. (Picture courtesy Mecum Auctions). 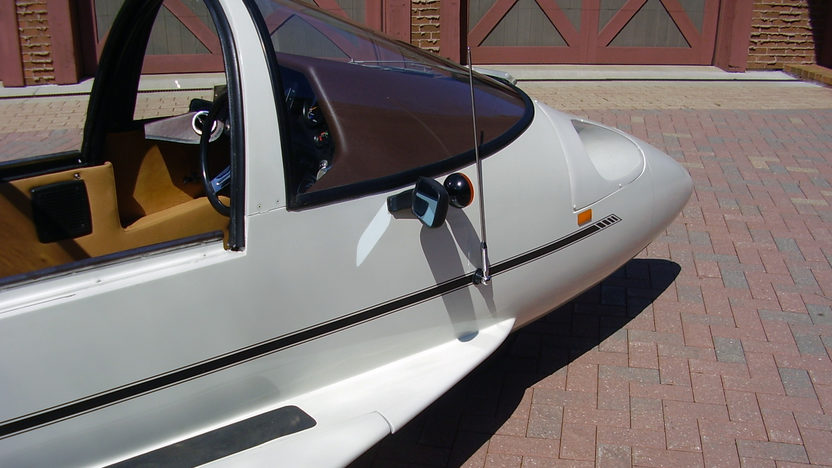 There were only around 21 Litestars produced (Later vehicles are named Pulse and there were 366 made). Few have survived and so they have become a rare collector’s item. The Litestar we are featuring is coming up for auction by Mecum Auctions at their Chicago Auction to be held on 10th and 11th June 2016.

You will find the sale page for this Litestar if you click here. 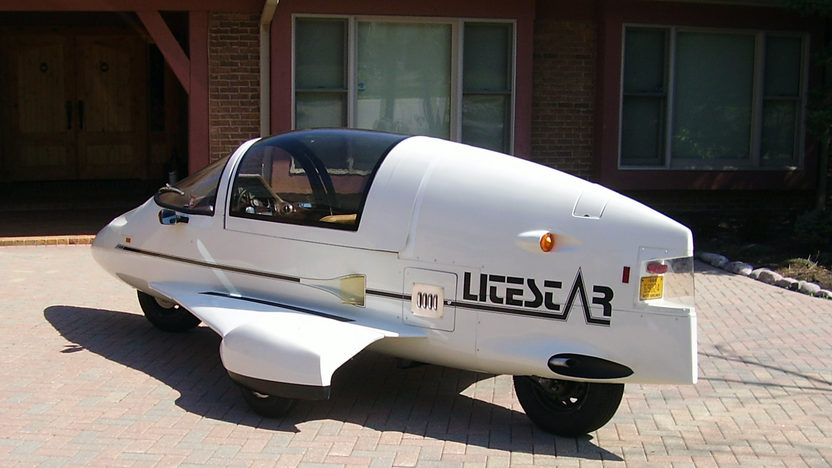 Few Litestars were made, and even fewer have survived. (Picture courtesy Mecum Auctions).

The Litestar featured disc brakes front and rear and an internal roll cage for passenger safety. After Jim Bede sold the rights to the Litestar it was made as the Owosso Pulse with an engine upgraded to an 1100cc Honda Goldwing unit. The 1100cc version was said to be capable of 180mph and was the fastest American vehicle in 1987 regardless of how many wheels its competitors had.

It looks like a concept that someone should re-invent. 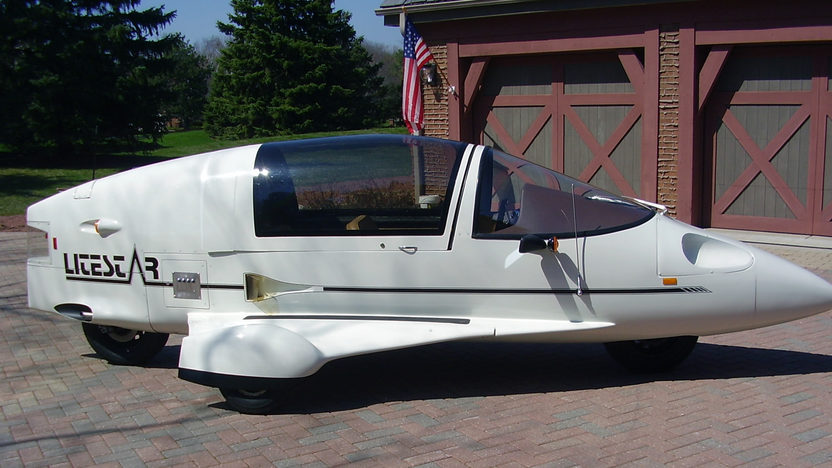 The Bede Litestar; A concept waiting to be re-invented. (Picture courtesy Mecum Auctions).