If you were only allowed to have one rifle what would it be? For me that has been an easy question to answer for decades now, I have a top of the list and a second place option, but those choices haven’t changed for a long time and are unlikely to in the future. In second place on my list is the Mauser 98 and rifles built around it, but my first place winner is the Winchester Model 70 in its Pre 64 form. Winchester’s Model 70 Pre 64 is the quintessential American hunting rifle, and indeed it is the quintessential international bolt action hunting rifle.

Seen from the top this Pre 64 Model 70 in .300H&H the full length Mauser style non-rotating claw extractor is visible. Note that for the long .300H&H and .375H&H the receiver ring and bridge are opened up to facilitate the longer than standard cartridges. (Picture courtesy Cabela’s).

Winchester’s first venture into the bolt action hunting rifle was the Model 51 of 1919, a rare collector’s item nowadays as there were only two dozen of them made before Winchester’s board of directors canceled the project, seemingly believing that Winchester = lever action and that there would be no market for a bolt action Winchester. The Model 51 was primarily based on the P14 Enfield and M17 bolt action and even had the “crooked as a dog’s hind leg” bolt handle. The action had a number of refinements however and is a nicer rendition as a sporting rifle than the P14 and M17.

You’ll find a good PDF document on the Winchester Model 51 if you click here.

A good book on the development of the Winchester bolt action rifle is “Winchester Bolt Action Military and Sporting Rifles, 1877 to 1937” by Herbert G. Houze which you can find both new and used on Amazon if you click here.

From 1925 to 1930 Winchester made it’s first venture into the bolt action sporting rifle market with the Model 54. The rifle was an improved version of the Mauser 98 no doubt inspired by the fact that US servicemen returning from the First World War had developed a liking for bolt action rifles both via the Springfield and the German Mauser, which came back as souvenirs and later as imports.

After the effects of the Great Depression were wearing away in 1936 Winchester introduced it’s Piece de Resistance, the Model 70. The Model 70 incorporated the best features of the Mauser 98 and the Winchester Model 54 and merged them into what Winchester says is “The Rifleman’s Rifle”. The Model 70 incorporated the Mauser 98 long claw extractor with its controlled feed with a coned breech to ensure utterly reliable feeding. The ejector was a fixed blade type similar to that used on the Mauser, again, reliable and unlikely to get gummed up or stuck by being frozen in place. 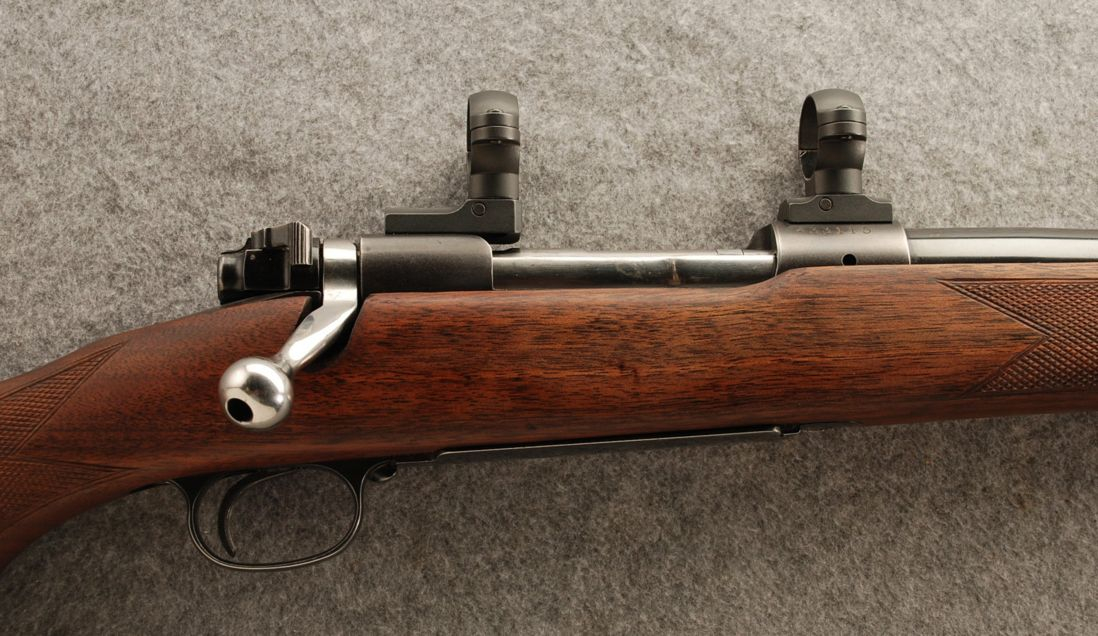 Controlled feed action, reliable chambering, extraction and ejection, bolt handle swept back to be directly above the trigger, and the legendary and much copied three positional safety. (Picture courtesy Cabela’s).

The new Model 70 was designed with rifle-scopes in mind so the bolt handle was specifically designed for them and swept back to keep it directly over the trigger guard. Winchester’s three positional safety catch was the icing on the cake feature and has been much copied including finding its way onto Mauser 98 actions. 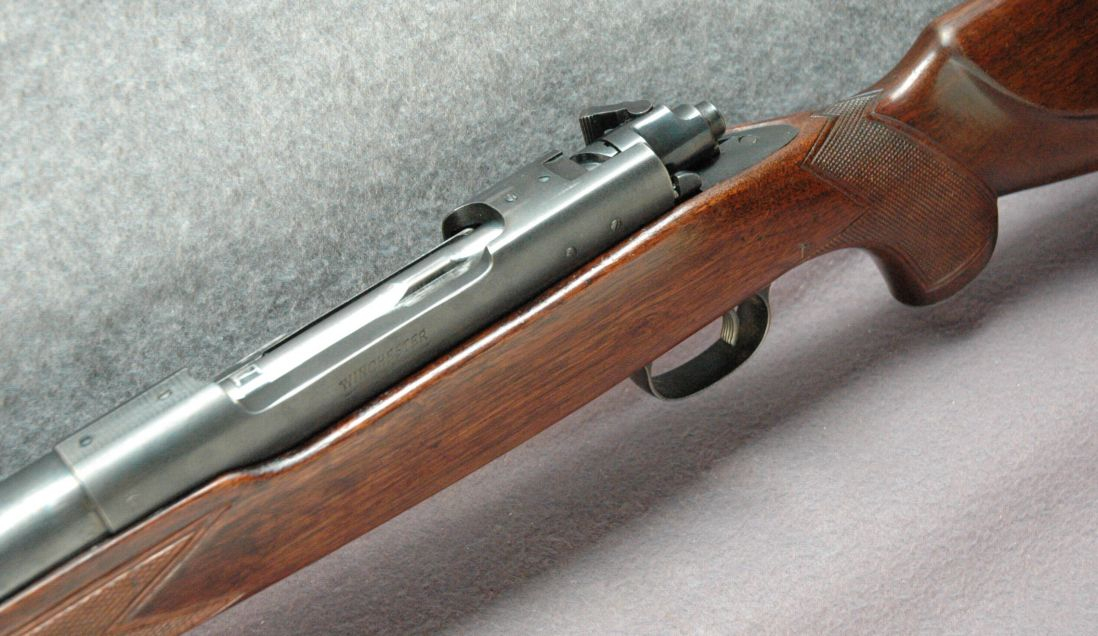 The Winchester Model 70 Pre 64 went on to acquire for itself an iconic status as a rifleman’s rifle and one of its greatest proponents was the late great Jack O’Connor who, when finding out that Winchester were planning a “new and improved” version of the Model 70 said “I was informed by Winchester brass that the Model 70 was being redesigned. I told them that I was glad to get the information so I could lay in four or five more before they loused the rifle up.” And louse it up they did. Certainly when I was in the market for a new rifle back in 1979 the “loused up” Winchester Model 70 “Post 64” was not a consideration. Gone was the controlled feed action and likewise gone was the reliable blade ejector. Suffice to say I bought a couple of rifles in 1979 and into the eighties and neither one was a Post 64 Model 70. Mind you, in the movie “Dirty Harry” it is a Post 64 Model 70 in .458 Winchester Magnum that Inspector Harry Callahan uses as his sniper rifle. So perhaps if the Post 64 Model 70 was good enough for Clint Eastwood it might not have been all bad.

The Post 64 Model 70 Winchester used by Inspector Harry Callahan in the movie “Dirty Harry”. Interestingly this rifle is fitted with a US 1907 Military Sling but it is mounted on the rifle backwards, and one of the keepers is missing. (Picture courtesy imfdb.org).

By 1992 Winchester finally re-designed the Model 70 back again to something close to its classic Pre 64 configuration. CNC machining enabled this to be done at a reasonable cost and the new action has some improvements over the classic Pre 64 action including the anti-bind rail and an improved trigger. Up until 2006 these Winchester Model 70 rifles were made in the USA at the US Repeating Arms factory where Winchester arms had been made for one hundred and forty years.


In 2006 however Winchester ceased production of the Model 70 and entered into an agreement with Browning to manufacture the rifles. Browning produced the Model 70 at their Columbia, South Carolina plant until 2013, when they moved production to an FN Herstal plant in Portugal. So from 2013 up until the present time Winchester Model 70 rifles come stamped “Imported by BACO, Inc., Morgan, Utah – Made in Portugal by Browning Viana“. 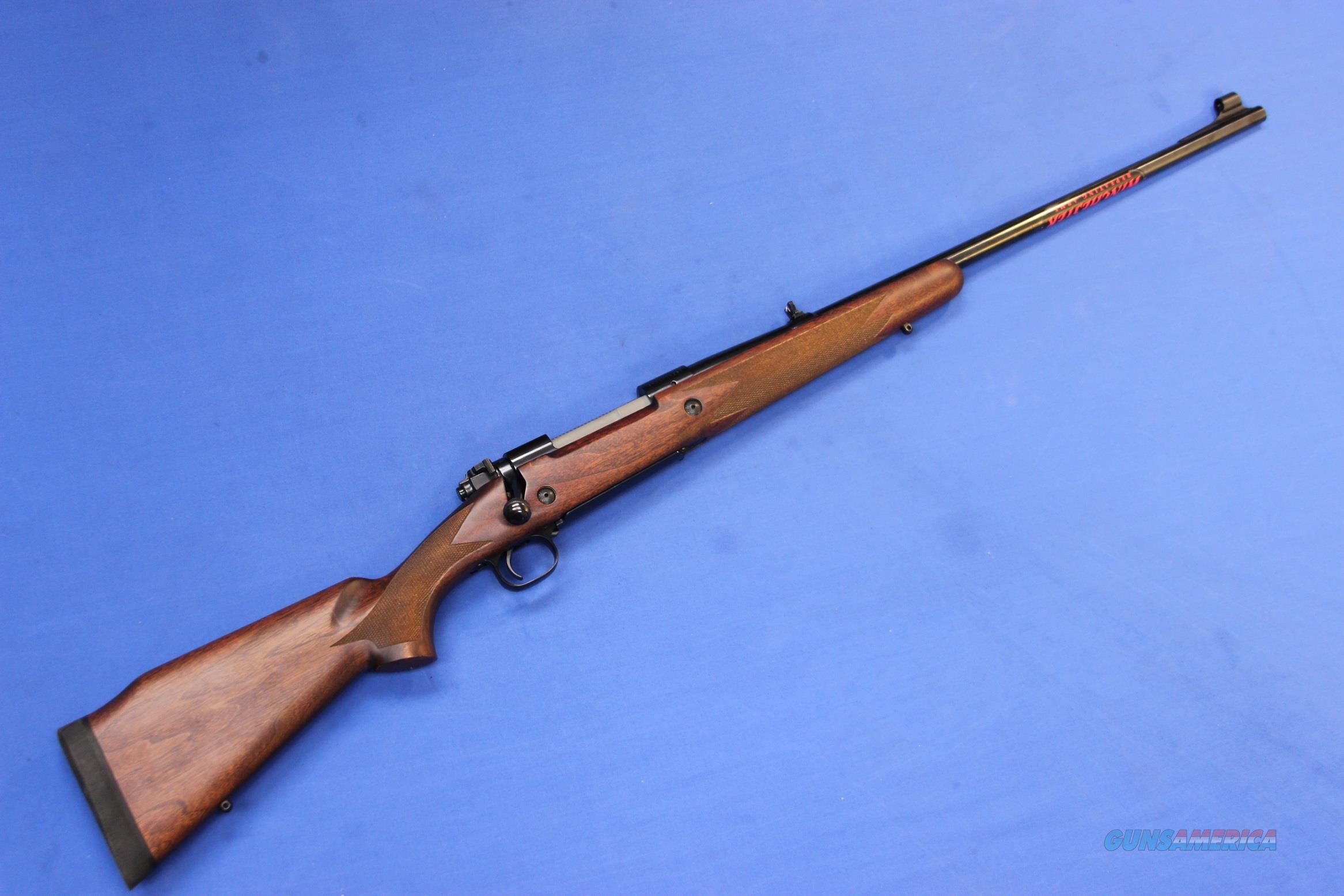 If you are looking for a genuine Pre 64 Model 70 Winchester they are certainly a find-able item. Just looking at the Cabela’s second hand rifle listings there are a few available:-

A .300H&H described as being in “outstanding condition” which you’ll find if you click here.

A .300H&H in good condition which you’ll find if you click here.

If you are interested in current production Model 70’s you will find the Winchester Repeating Arms page if you click here.

New Winchester Model 70 rifles are available from Cabela’s if you click here.

The Winchester Model 70 with a controlled feed action sits at the top of my list as the rifle I will choose if I can only have one. You may have different ideas, but for me, if it’s good enough for Jack O’Connor then its good enough for me.

2012 Winchester Model 70 Super Grade in 30/06 with Leupold rifle-scope. It doesn’t get better than this. (Picture courtesy Wikipedia).