The Ferrari 360 went into production in 1999 and represents a significant technological advance over its predecessor the F335 (itself a development of the F348. The Ferrari 360 did not represent a technological leap in terms of its engine, a 3.6 L Tipo F131 V8 mounted in rear mid-engine configuration and driving the car through a six speed manual gearbox or optionally a six speed F1 electro-hydraulic gearbox. What really set it apart was its chassis and body construction. 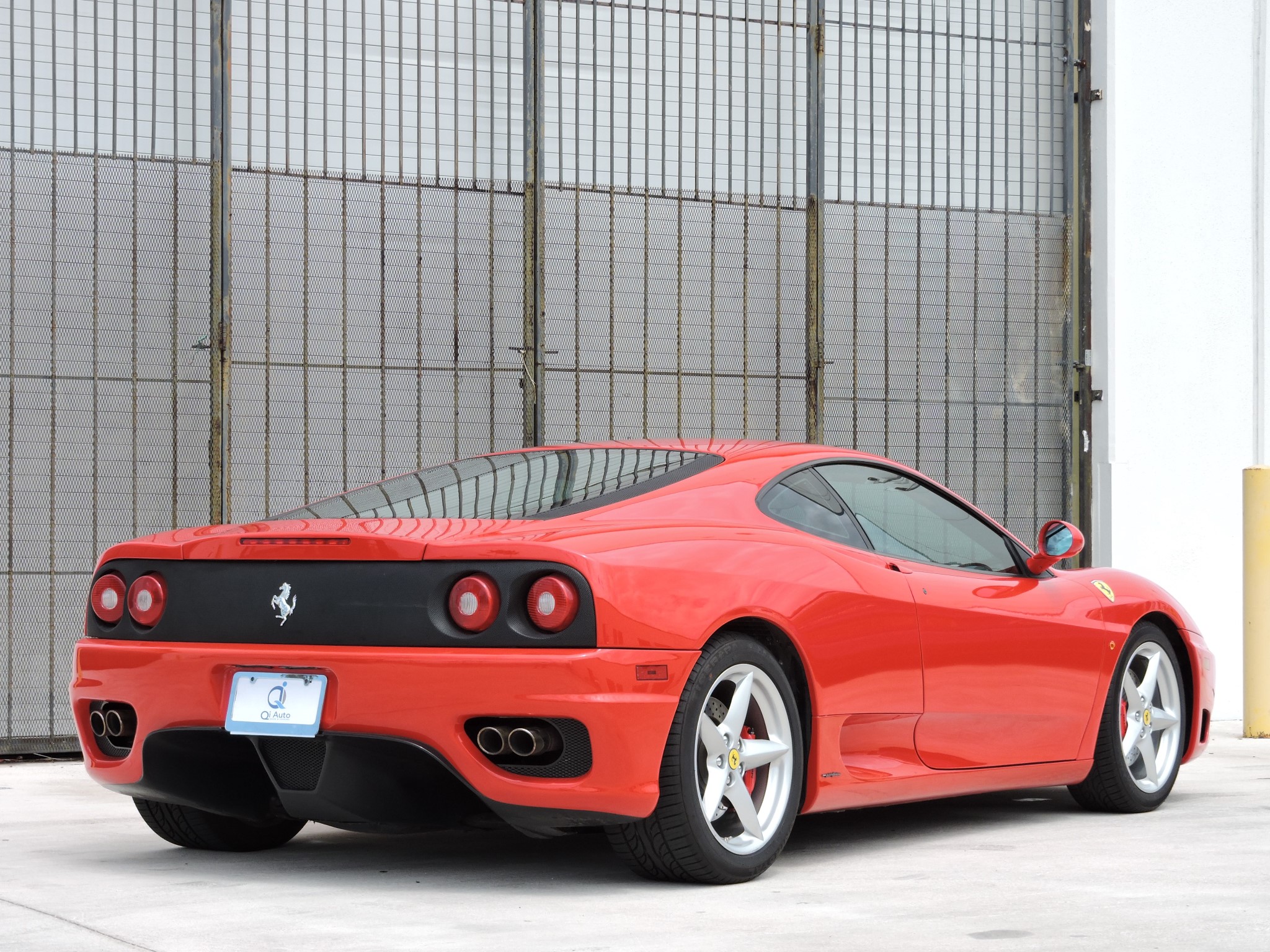 What really sets the Ferrari 360 apart is its aluminium space frame chassis.

Ferrari entered into a partnership with aluminium producer Alcoa to create a new space frame chassis for the F360 which resulted in a car that is 28% lighter and 40% stiffer despite its being a bit larger than its predecessor. So when the 3.6 liter V8 is dropped into that with it’s flat plane crankshaft, titanium connecting rods, and 400bhp to send to the wheels the result is a car that is quicker and that handles noticeably better.

The aesthetics of the design also set it apart. The angular look that had characterized the preceding series of Ferrari’s the F335 and F348 was replaced with a clean and classic smoothly rounded body that is understated and elegant. The car had no need of wings as the aerodynamics provided around 400lb of downforce at 300km/hr without. So the car almost looks like it could have come out of the sixties, yet remains very twenty first century. 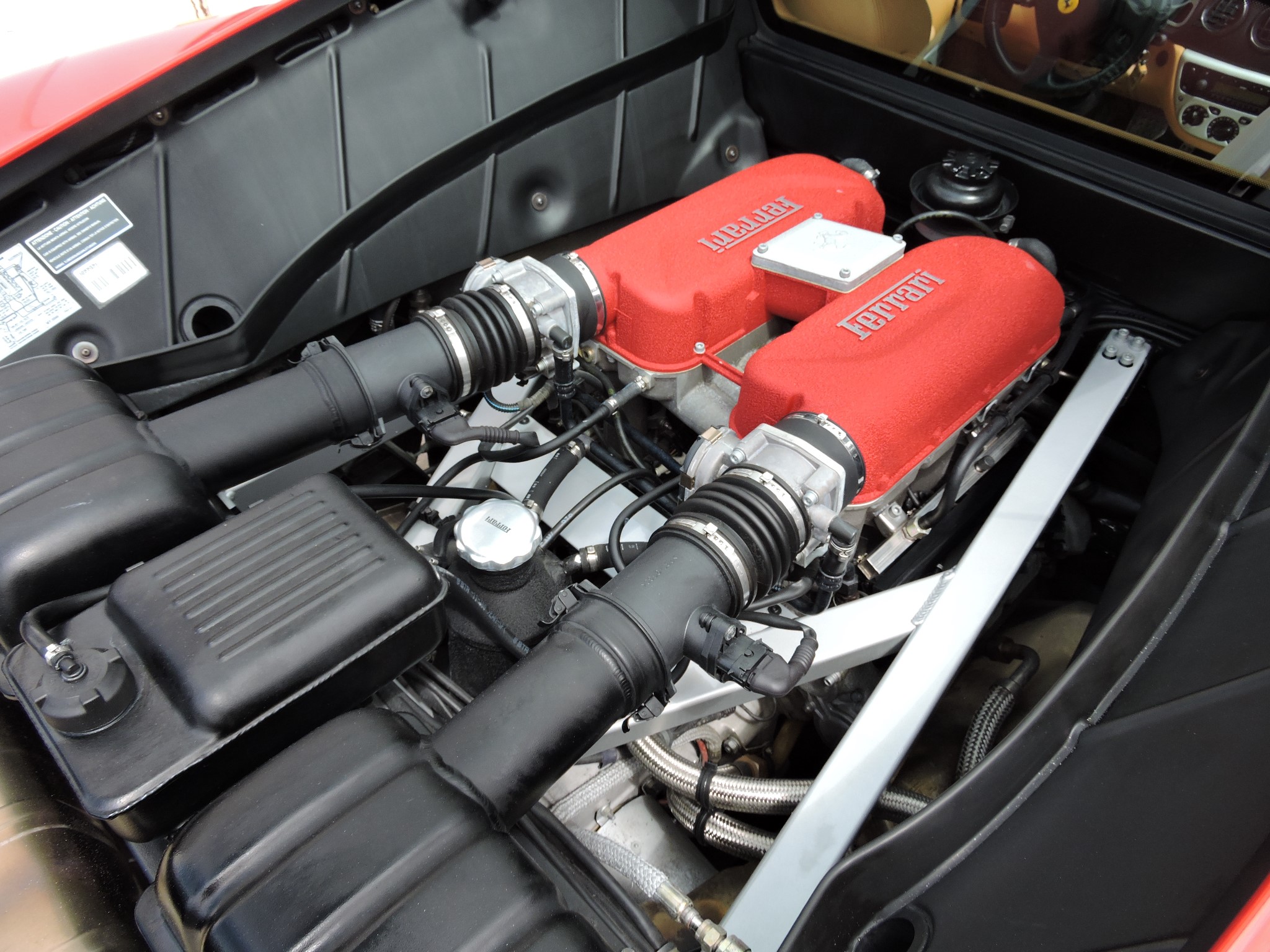 The 3.6 liter V8 engine is a tried and reliable unit producing a more than sufficient 400bhp.

The interior of the Modena Coupe is a blending of Italian leather with moulded fittings and it instantly provides a sensation of businesslike comfort. It is a car you know you could do long distances in, and it is a car that you know you could take to the track and put in some serious driving in. 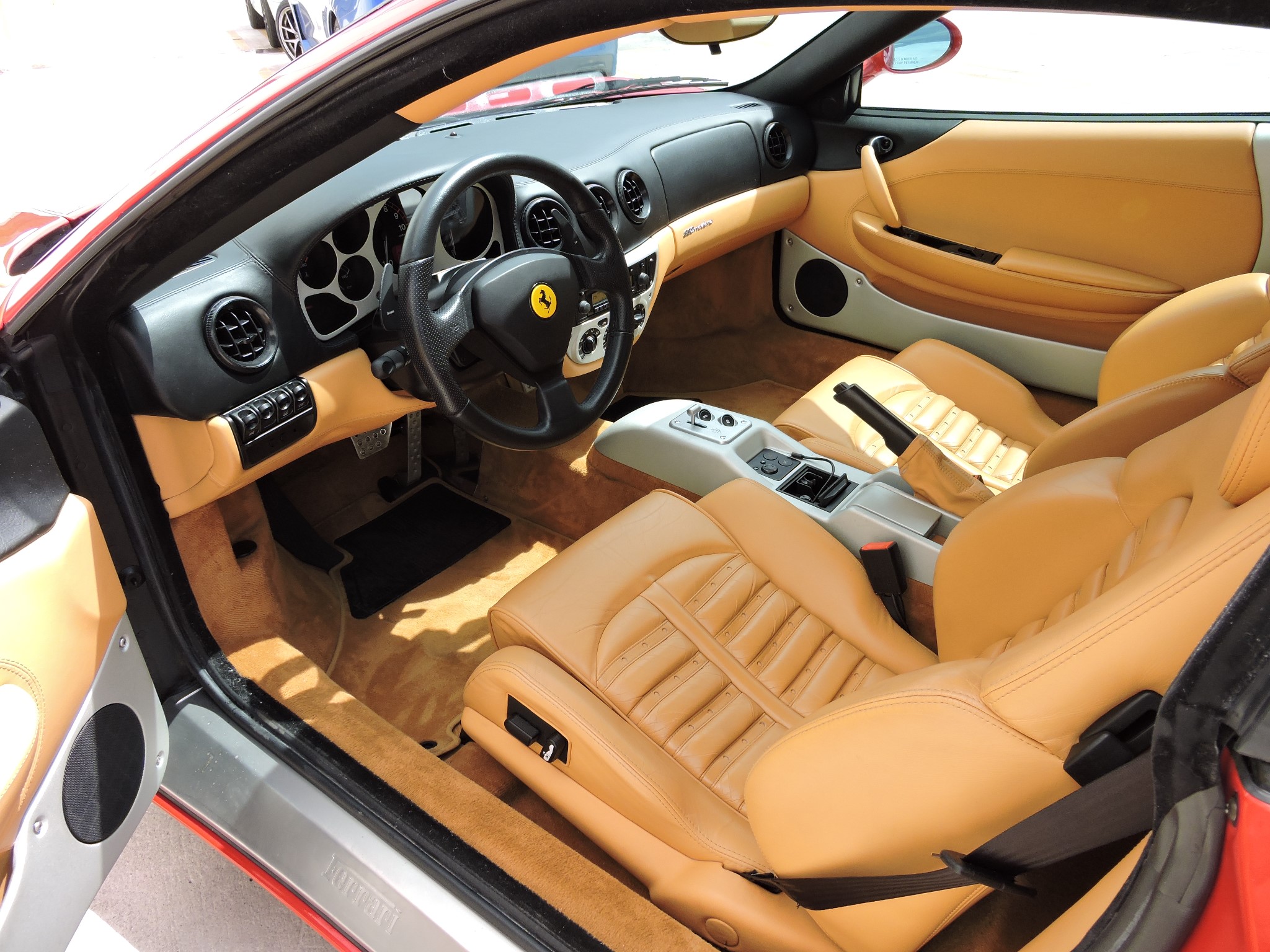 The ergonomics of the interior are near faultless. The design is tasteful, comfortable, and confidence inspiring.

The interior of the F360 is elegantly no-nonesense. Ergonomically excellent and providing the driver with a feeling of confidence in the car because it feels so controllable. The comfort levels are excellent, this is a car that one can spend a lot of time in with minimal driver fatigue. 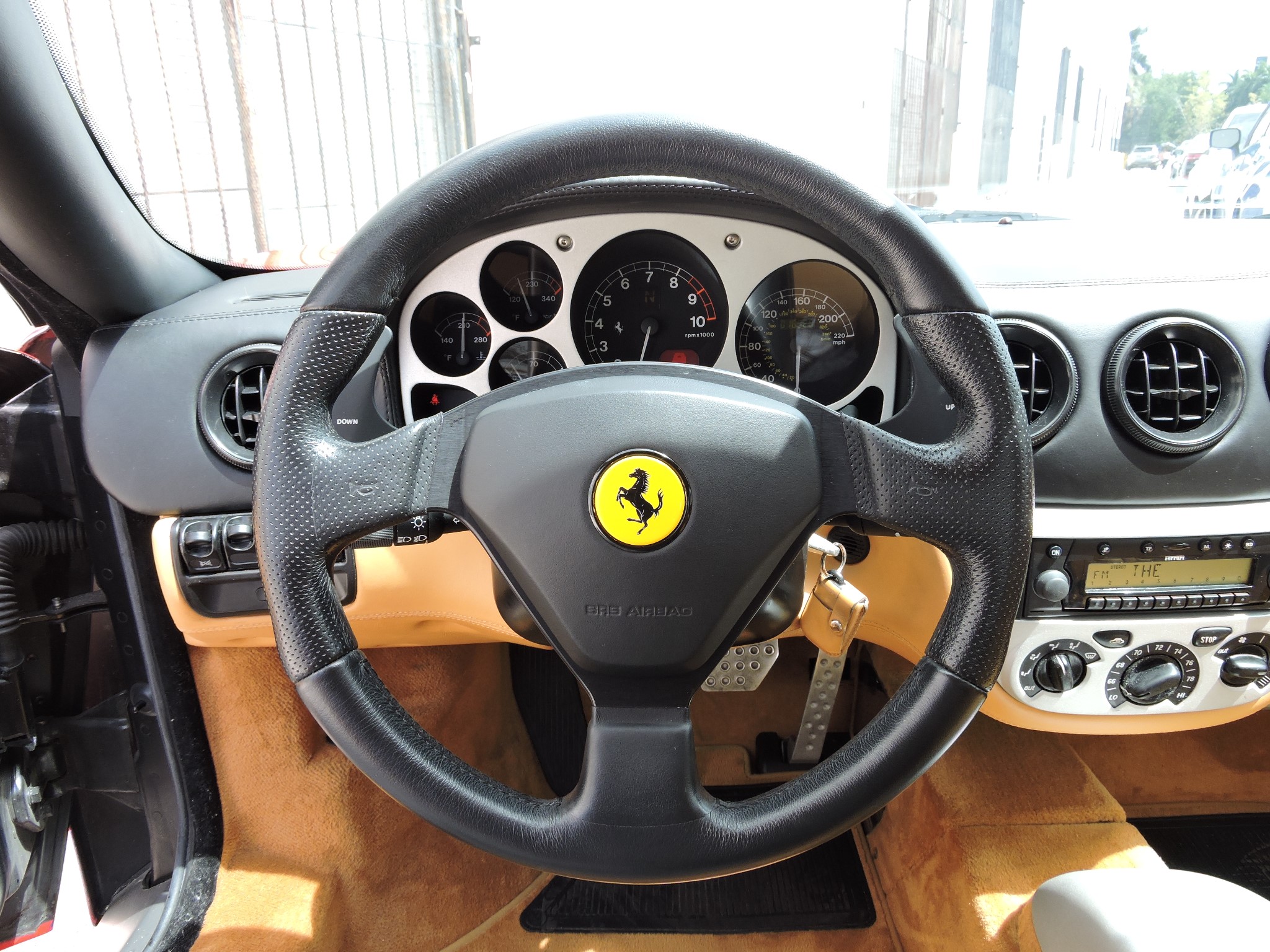 Layout of the instrumentation is particularly good.

Our feature car is currently up for auction at Bring A Trailer and at time of publication there are three days left on the sale.

You will find the Bring A Trailer sale page for this car if you click here.

The car has 16,000 miles on the odometer and was made in 2000. The car has had the usual “road rash” on the front re-sprayed with factory PPG so it looks immaculate and is ready for its future owner to acquire some “road rash” of their own. 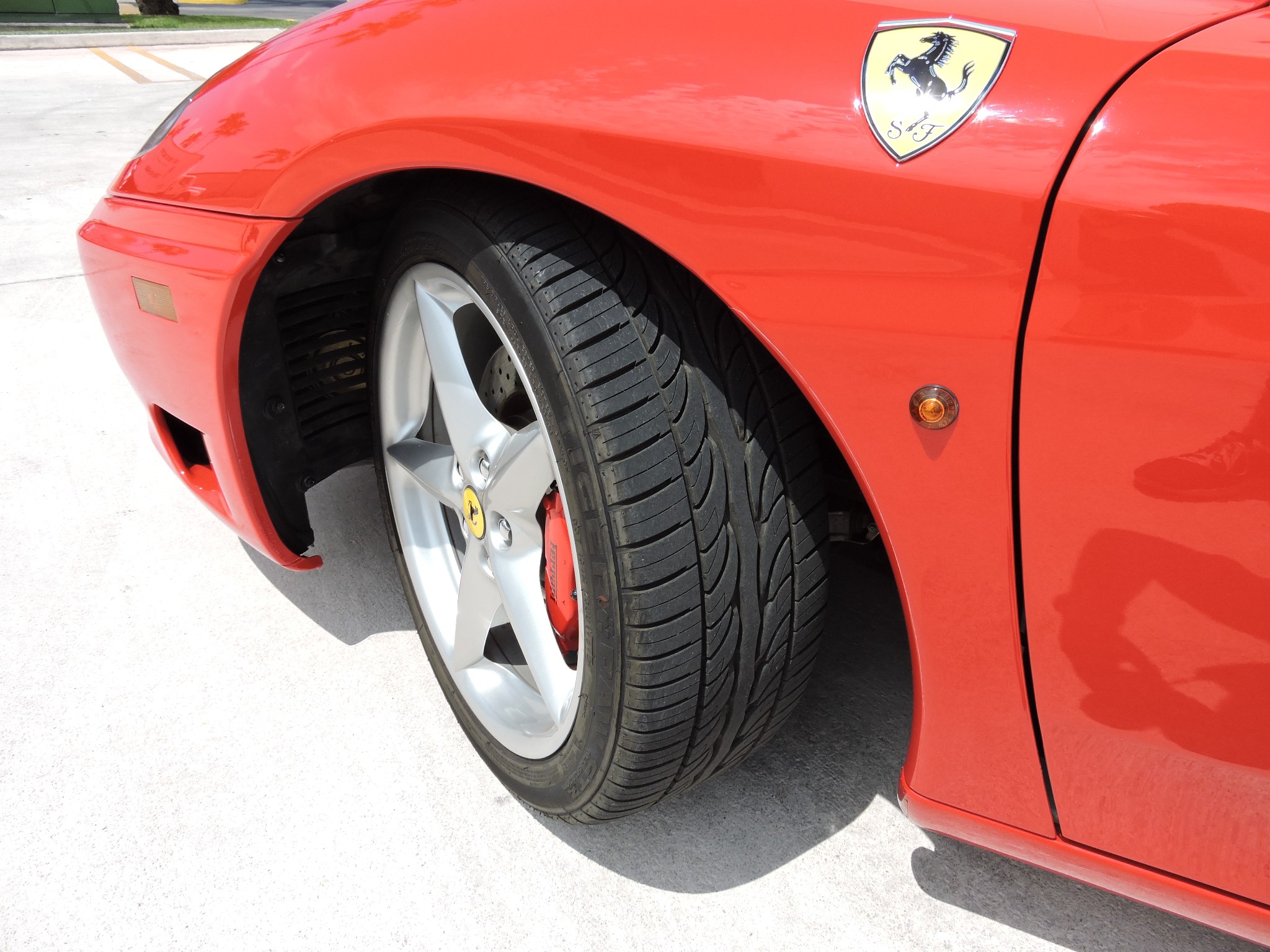 The car has the optional red brake calipers. Tires are 40%.

The car has had a full belt service and water pump in 2014 and 28 point inspection fifty miles ago. It comes with a complete Carfax report and clean Louisiana title. 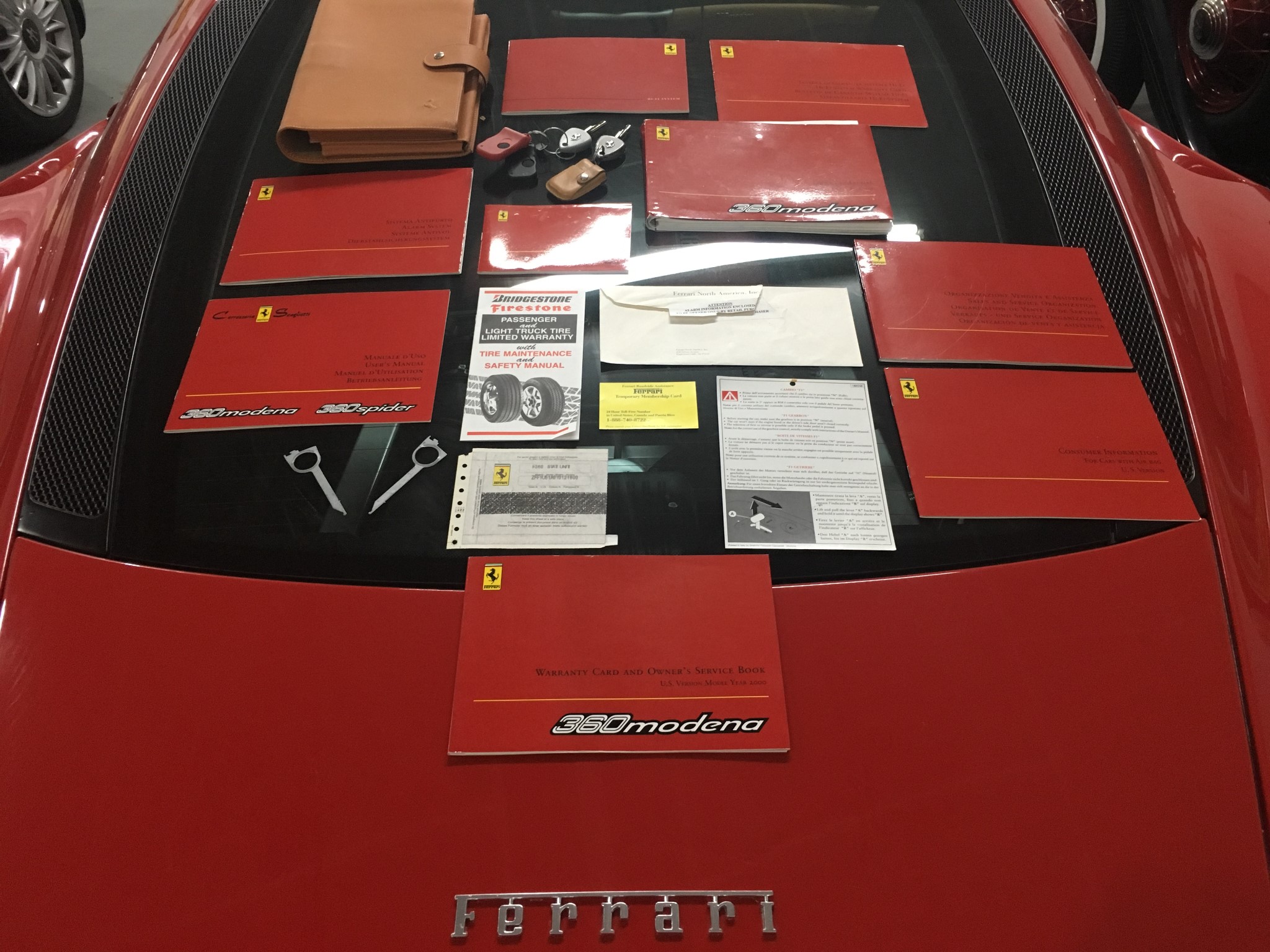 The car comes with full documentation.

There are more photos and scans of the car’s inspection and Carfax on the Bring A Trailer sale page. 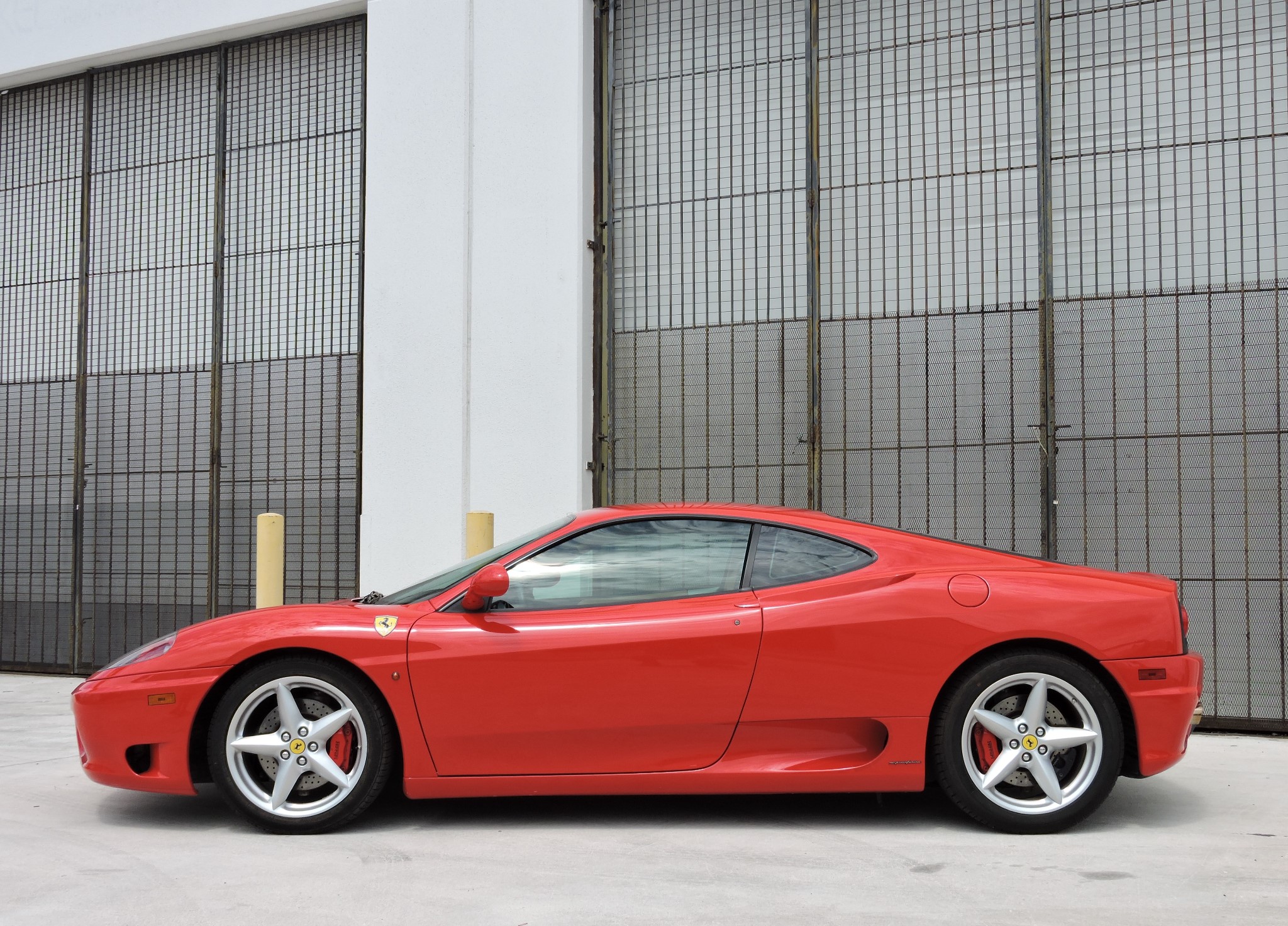