The Ferrari 330 GT 2+2 by Pininfarina was and is a stylish and attractive piece of Italian automotive art. Following on from the 250 GT, itself a head turning car, and improving on that was I suspect a hard act to follow. I remember seeing the 250 GT at the Earls Court Motor Show in London in the early sixties, painted silver grey if I remember correctly with mid tan interior. nice to look at and to sit in. 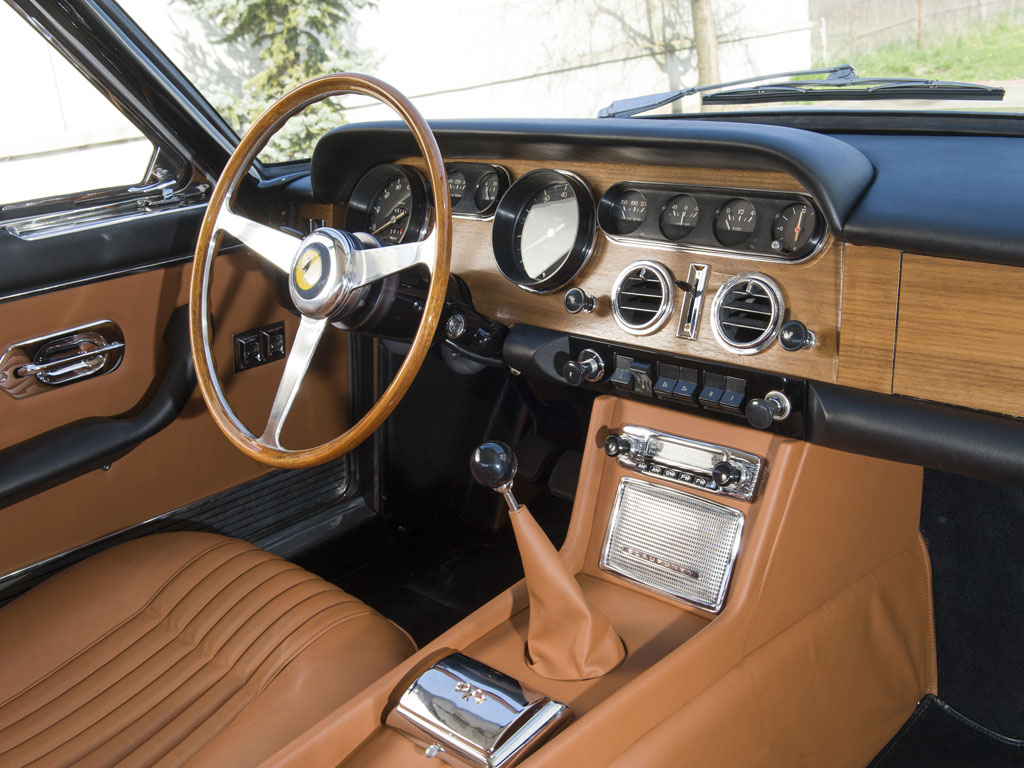 The interior of the 330 GT 2+2 is a tastefully restrained blending of leather and timber. 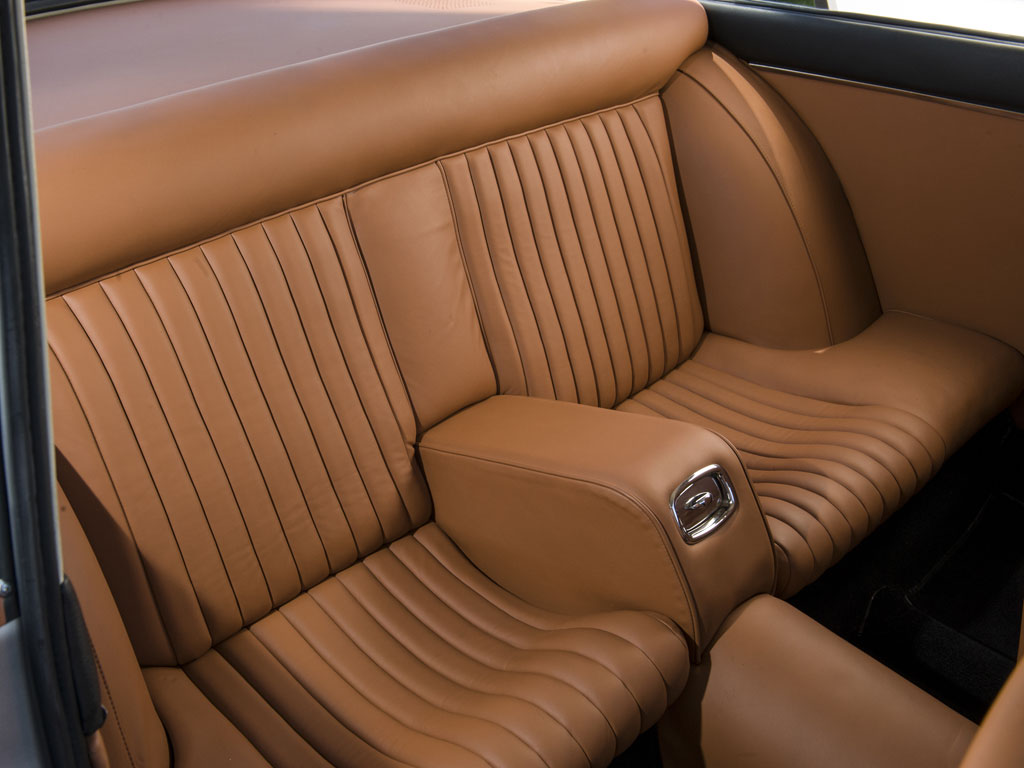 Rear seats are well designed providing a decent level of comfort for the rear passengers.

Originating from the 330 America the 330 GT 2+2 was a little larger and fitted with a 300 bhp, 3,967cc Single Overhead Camshaft V-12 engine with three Weber carburetors mated to a 4 speed manual transmission with overdrive. The suspension was fully independent coil springs at the front and a live rear axle with semi-elliptical leaf springs at the rear. Brakes were discs all round with a dual circuit hydraulic system. To improve handling Koni adjustable shock absorbers were fitted. 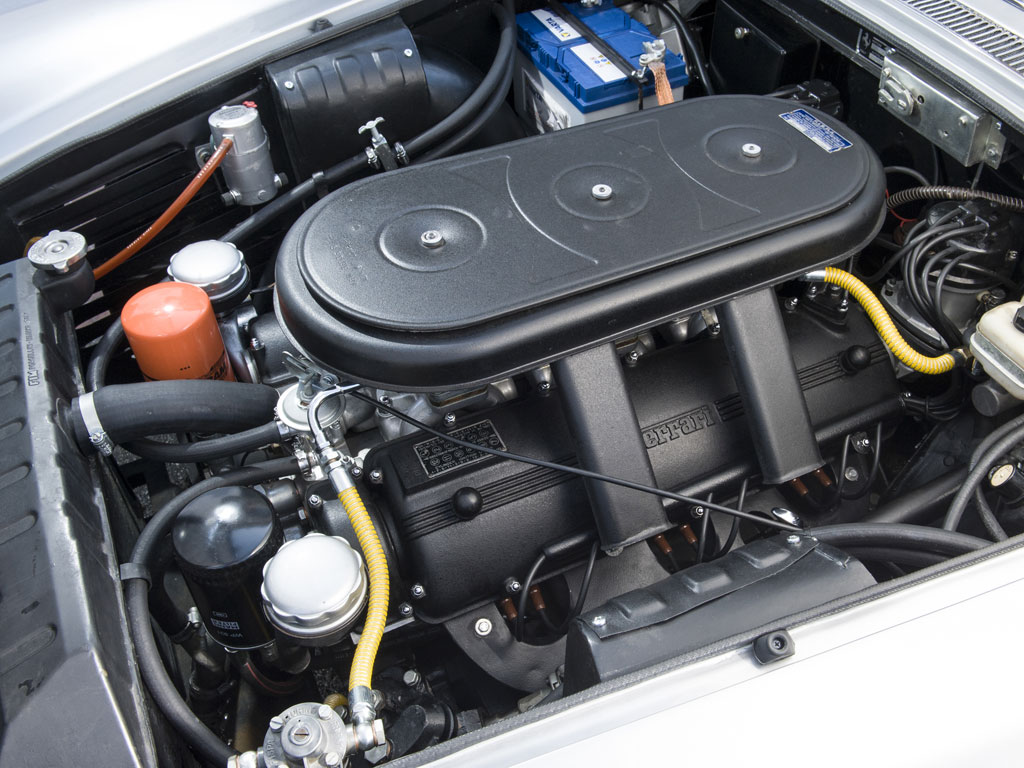 Ferrrari 300bhp, 3,967 cc SOHC V-12 engine with three Weber carburetors. It performs as one would expect a Ferrari to perform and sounds brilliant doing it.

The first production models of the 330 GT 2+2 featured quad front headlights, a design feature which was changed in 1965 to the more conventional dual headlights. The Rock and Roll artist John Lennon owned one of the earlier quad headlight versions of this car which appeared for auction a couple of years ago. 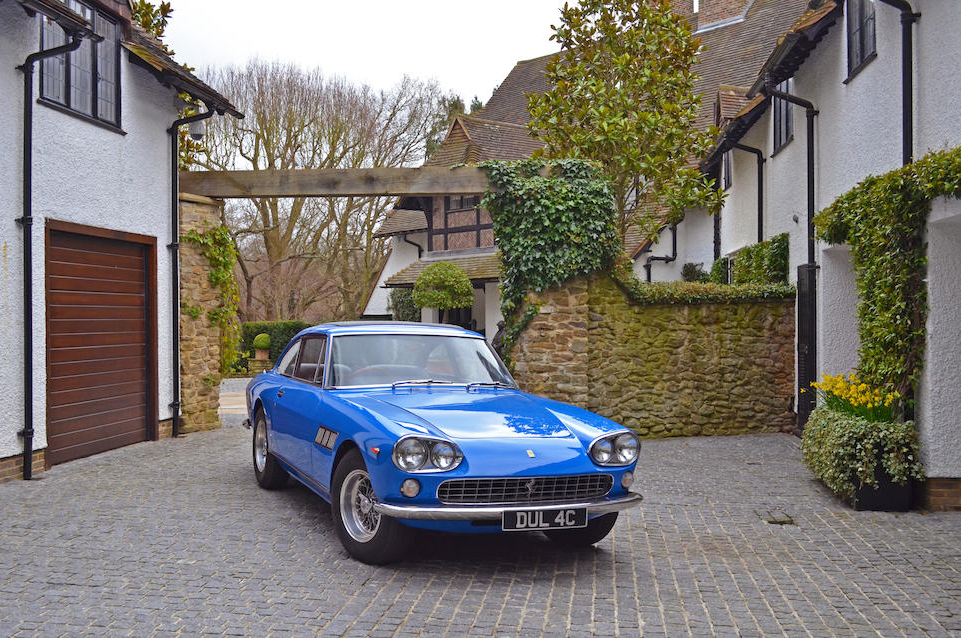 John Lennon’s earlier model 330 GT 2+2 as auctioned in 2013. The quad headlights make the front of the car look distinctly different to its predecessor the 250 GT. (Picture courtesy of Bonhams). 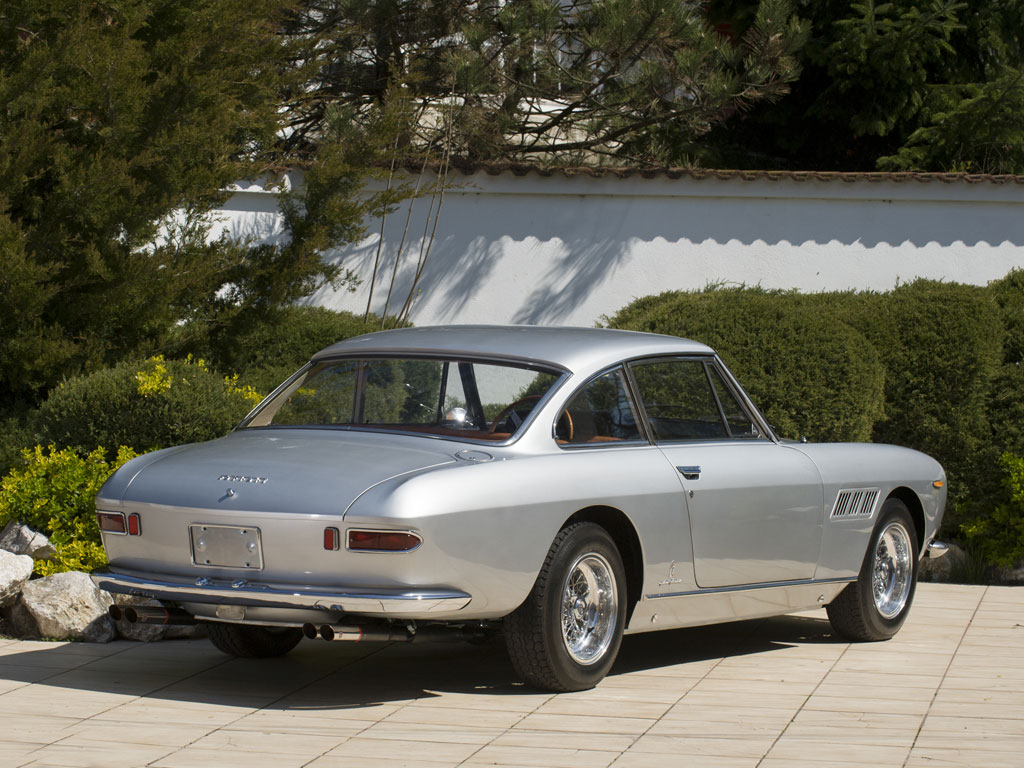 Rear end styling is simply elegant. The car’s graceful clean lines are evident in this picture.

The car we are featuring underwent a full restoration in 2011 and was re-finished in the tasteful silver grey with mid-tan interior you see in these pictures. For the Ferrari 330 GT 2+2 this is an ideal color scheme that really accentuates the car’s clean body lines. The mid-tan leather interior all at once speaks of quality with the inherent welcoming warmth that the amber tan color produces.

For more details of the car you can visit the RM Auctions page if you click here.

The car will be auctioned at the Villa Erba Auction on 23rd May 2015. There is no doubt this 1965 Ferrari 330 GT 2+2 by Pininfarina would prove to be a delight to own and to drive. A car one would want to keep and enjoy, much more than just an investment. 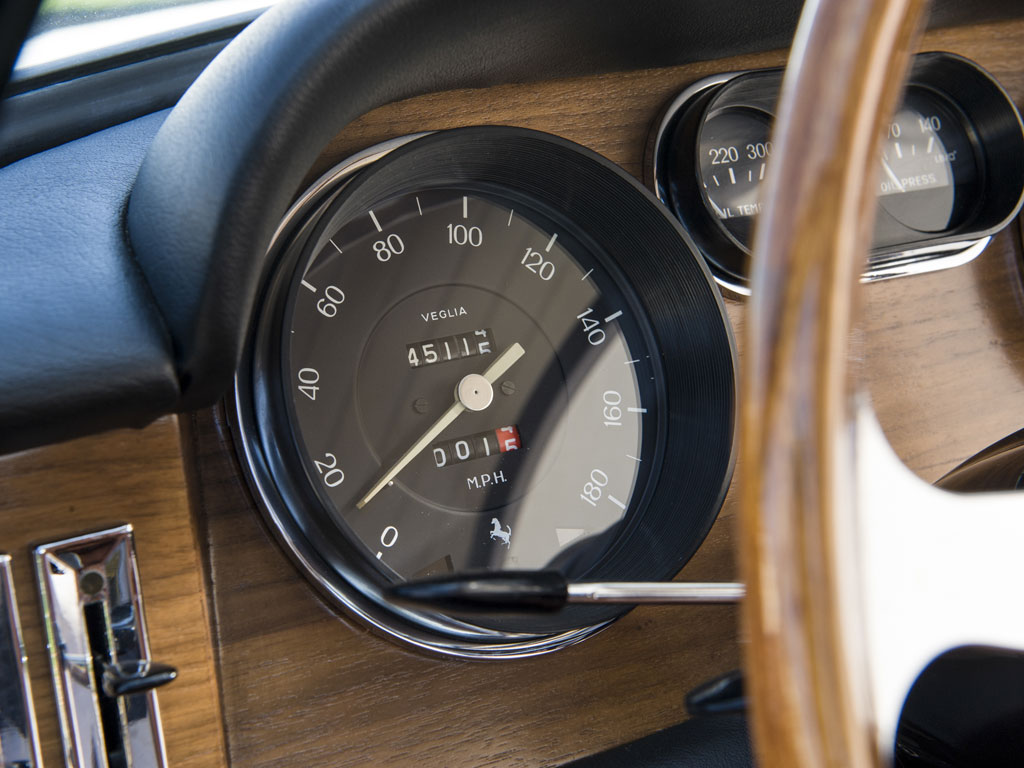