Most of us, me included, can’t afford a classic Aston Martin or anything in the hundreds of thousands of pounds or dollars bracket. But we can still afford a wonderful sixties vintage sports car created by the mavens at Lotus, we can afford a sixties Lotus Elan. This is a car for someone who intends to drive and enjoy their classic car and not just have a stupendously expensive “investment” sitting under a cover for an occasional outing. 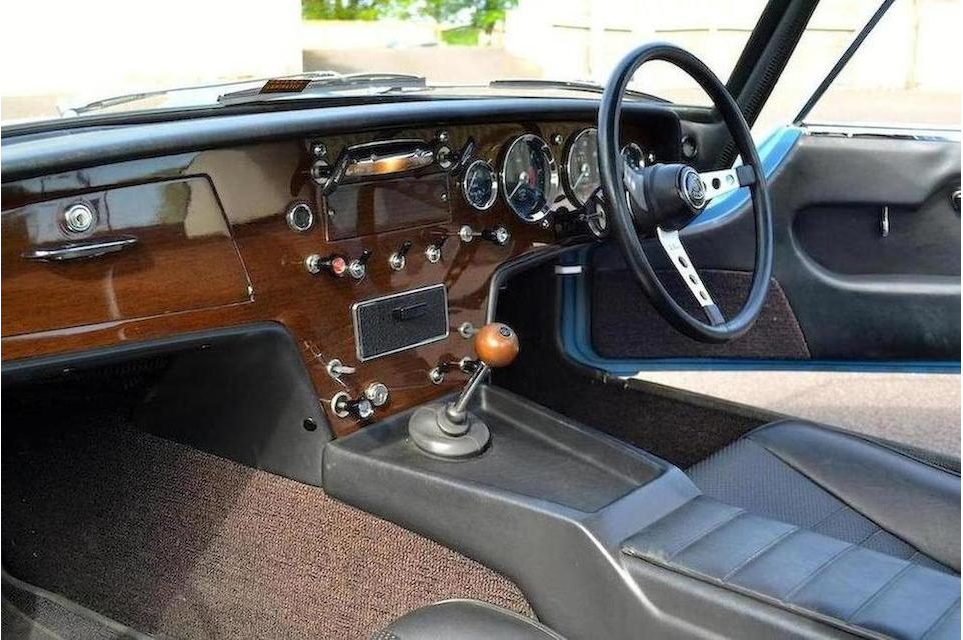 The place to be. The cockpit of the Lotus Elan. Tasteful and elegantly simple.

The Lotus Elan is perhaps one of the nicest cars produced by Lotus. It remains today a highly desirable and technically sophisticated work of automotive art. Front suspension is fully independent wishbones with coil springs. Rear suspension is also fully independent with a wide based lower wishbone and Chapman strut. Aston Martins of the period could not boast a fully independent suspension of that level of sophistication. Disc brakes all around complete the brakes and suspension package. Steering was rack and pinion sourced from the Triumph Vitesse and before you think that is a bit of a mundane source remember that Gordon Murray who designed the Formula 1 MacLaren of the time said his one disappointment with his Formula 1 car was that he couldn’t give it the precise steering of a Lotus Elan. 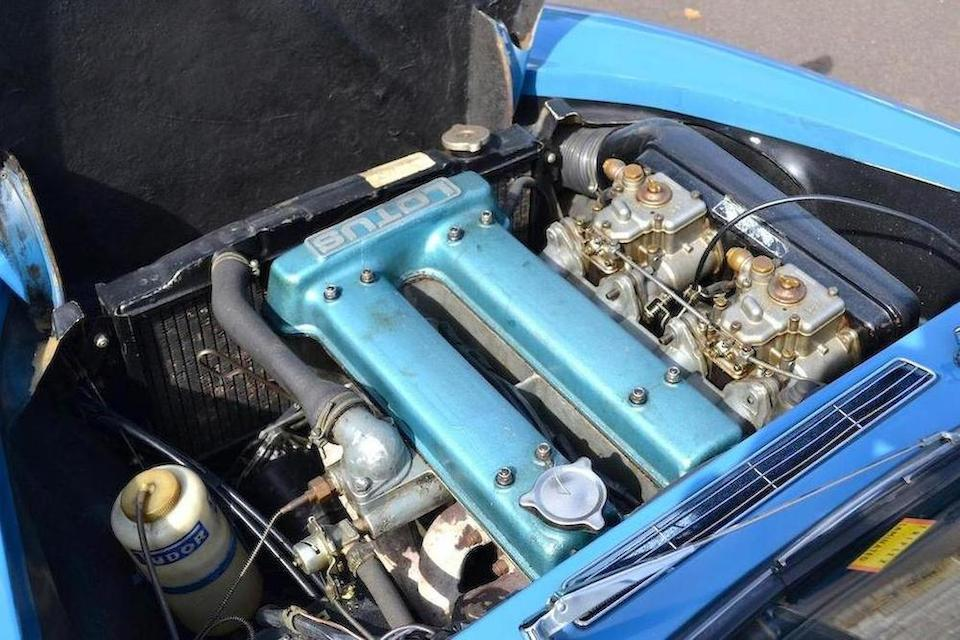 The engine of the Lotus Elan was based on a modified Ford Kent pre-crossflow two valve chain driven DOHC 1498cc with  alloy head by Harry Mundy. Breathing through two dual throat carburettors this engine delivers a liveliness to the Elan that sets it apart.

The four speed gearbox and differential were also from Ford. The all synchromesh gearbox being precise and nice to use. 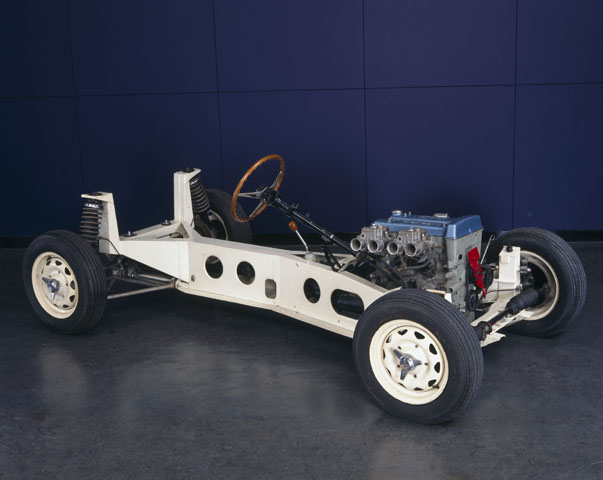 The backbone of this Lotus chassis consists of a very strong deep-sectioned box girder of welded steel, with forks at each end to carry the independent coil spring and wishbone suspension. A light and streamlined glass-fibre two-seater body is mounted onto the chassis. The car’s engine produces 115 bhp at 6000 rpm. It has a four-speed syncromesh gearbox, rack and pinion steering and is fitted with Girling disc brakes on the front and rear wheels. Colin Chapman established Lotus Cars in 1951, and this model, the Elan, first appeared in 1962. (Picture and caption text courtesy of Wikipedia and the Science Museum, London).

The chassis of the Lotus Elan was a Colin Chapman designed box section backbone chassis that provided excellent rigidity and a light but firm base for the suspension and bodywork. 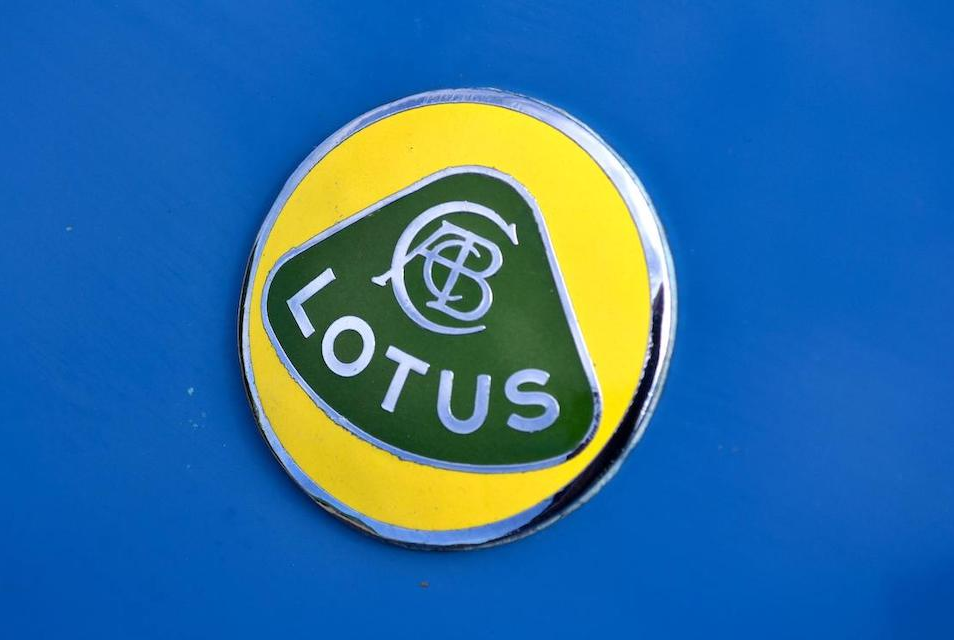 The big thing about this car though is that its a Lotus, plain and simple. The mavens at Lotus have a well deserved reputation for applying a level of intelligence and artistry in design that sets their cars above the pack.

The Lotus Elan remains one of the most desirable cars to have ever come from Lotus. This particular one is coming up for sale at the Goodwood Festival of Speed Sale this Friday 26th June 2015.

Its a Lotus, and it has the additional advantage of being an affordable Lotus. Perhaps this one’s for you? 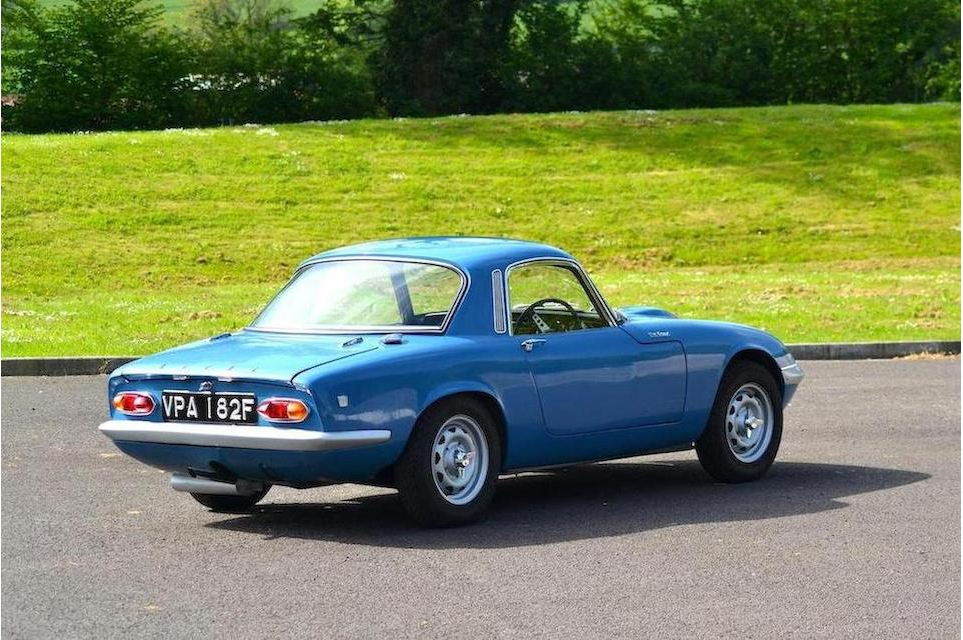