Water is fun. Ask anyone which would they prefer, to play on a stretch of concrete road, or play in nice fresh cooling water and most people are going to go for the water everytime, unless you happen to be in the middle of winter, although I once had Finnish neighbours who had a sauna and even in winter they’d be hopping out of the sauna and into a large wooden tub of iced water, yes you could see the large lumps of ice in the tub. I tried it once, once was enough.

So if faced with an either/or choice it might be a lot more fun to spend a modest amount of cash on a car which you will drive on the road, often in traffic, and under the watchful eye of the local constabulary who do not want you to have fun on those stretches of concrete road, but then spend the lion’s share of the cash on a boat that you can have some serious fun with. 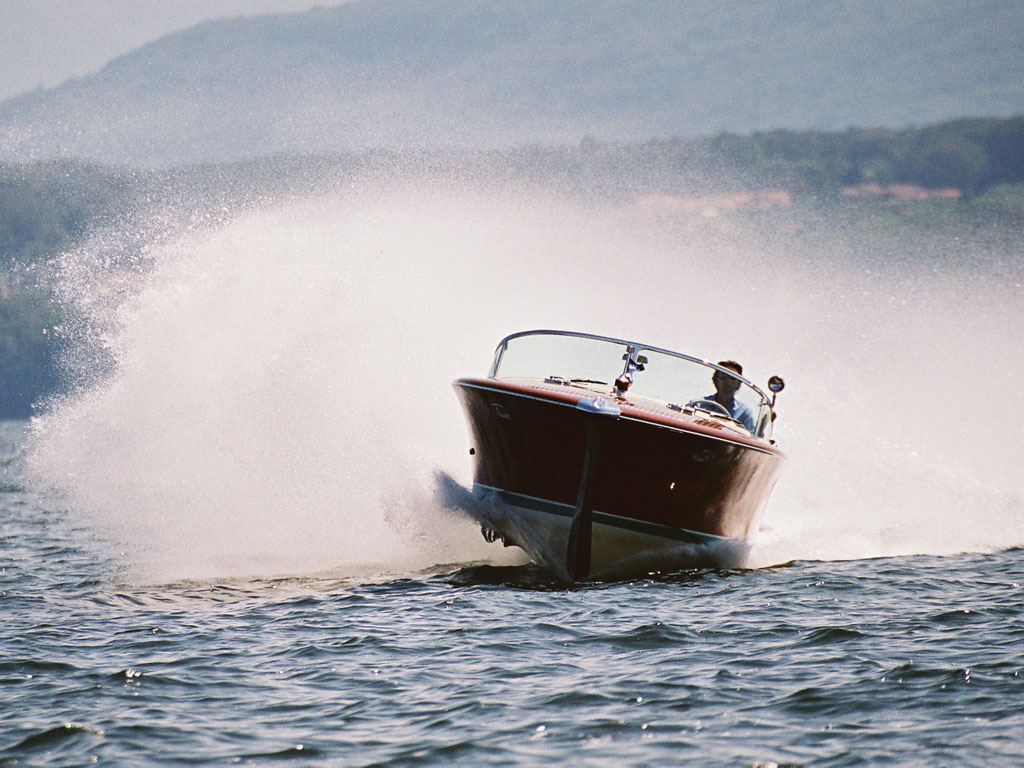 The Riva Aquarama has been described as “the Ferrari of the boat world”. Based on an earlier Riva design the Aquarama is the most famous, and most highly regarded of Riva’s line of boats. In production from 1962 until around 1996 the Aquarama is a head turner wherever it makes an appearance. Made of beautiful mahogany with Riva’s renowned nineteen coat varnish finish the grain and figure of the wood gives the boat a quality of deep beauty that no fibreglass or aluminium boat could hope to compete with. It is a natural beauty that is both visual and tactile; the wood just feels more “friendly” than metals or fibreglass can. The Aquarama is a work of art, a work of design excellence, and a work of engineering excellence. It is, in short, a boat for those who have “soul”. You catch a glimpse of the soul of the man who made the Riva Aquarama, Carlo Riva, in the video “Art of Excellence”.


Carlo Riva coined the name “Aquarama” after the “Cinerama” movie format which appeared in the sixties. Cinerama sought to create a near three dimensional effect by using three projectors and a curved screen, such that the left projector projected onto the right of the screen, the right mounted one to the left, and the centre to the centre, creating a picture that wrapped around the audience to make them feel as if they were actually in the movie. For the Aquarama the windscreen wraps itself around the driver and passengers in a similar way. 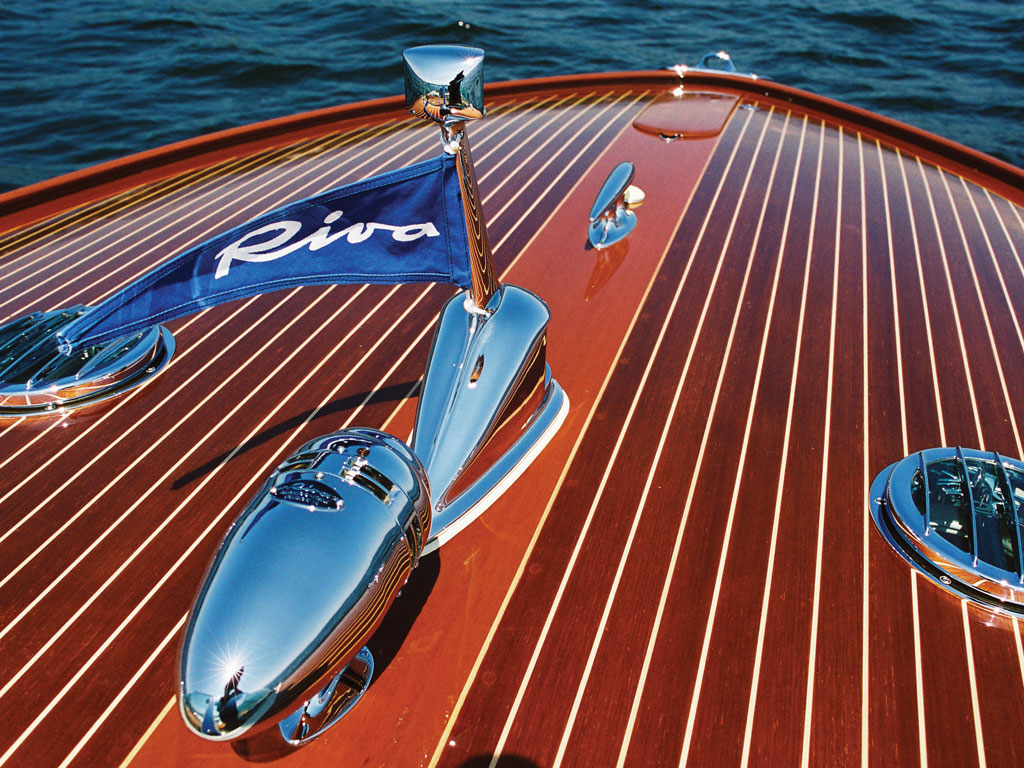 An Aquarama is typically capable of around 50 knots depending on the engines fitted. Engines typically come from Cadillac or Buick although there  is a Lamborghini variant also.

The Aquarama went through a series of “evolutionary” models each seeking to improve on its predecessor. These were:-

Of these the last of the series, the Aquarama Special, is the most highly regarded, although all of them are wonderful boats. The Aquarama has a reputation for stability and manoeuvrability  second to none. It really is the boating equivalent of a mid engined Ferrari or Lamborghini. 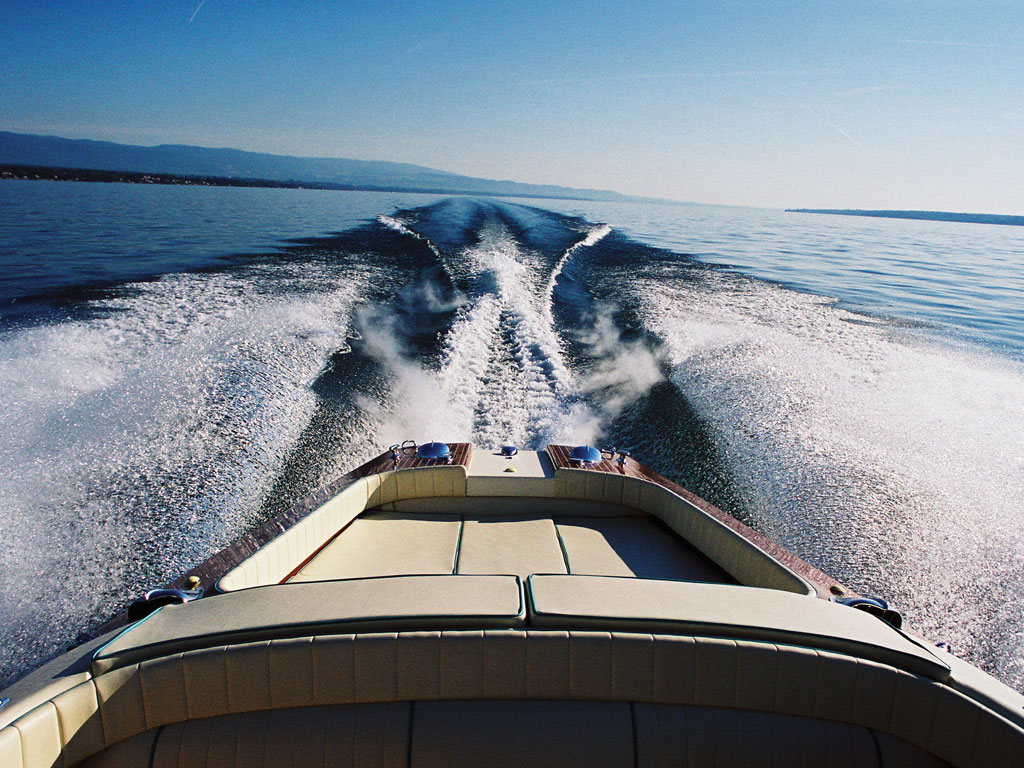 The Aquarama Special we are featuring in this post is coming up for auction by RM Auctions/Sotherby’s on 2nd May 2015 at their Villa Erba auction. The boat was originally built in 1975 for Sheikh Khalifa bin Hamad Al Thani who was the Emir of Qatar from 1972-1995. The Emir kept this Aquarama Special at his castle at Versoix on the shores of Lake Geneva and named it Shaheen after his most prized species of hunting falcon. The boat remained in the Emir’s possession until 2003 when it was sold to a Swiss citizen who wanted the boat to be in pristine condition, so he had extensive work done on the engines, hull and upholstery to bring the boat up to “as new” original condition. The boat has been brought up to current Swiss environmental standards which includes the fitting of automatic fire extinguishers in the engine bay and installation of oil recovering pans under the two potent V8 engines.

So, if you would rather play in the water than on the concrete, this could be a quite delightful acquisition and the source of much pleasure. Perhaps rather more fun than a road going Ferrari or Lamborghini.

You will find the RM Auctions/Sotherby’s auction page if you click here. 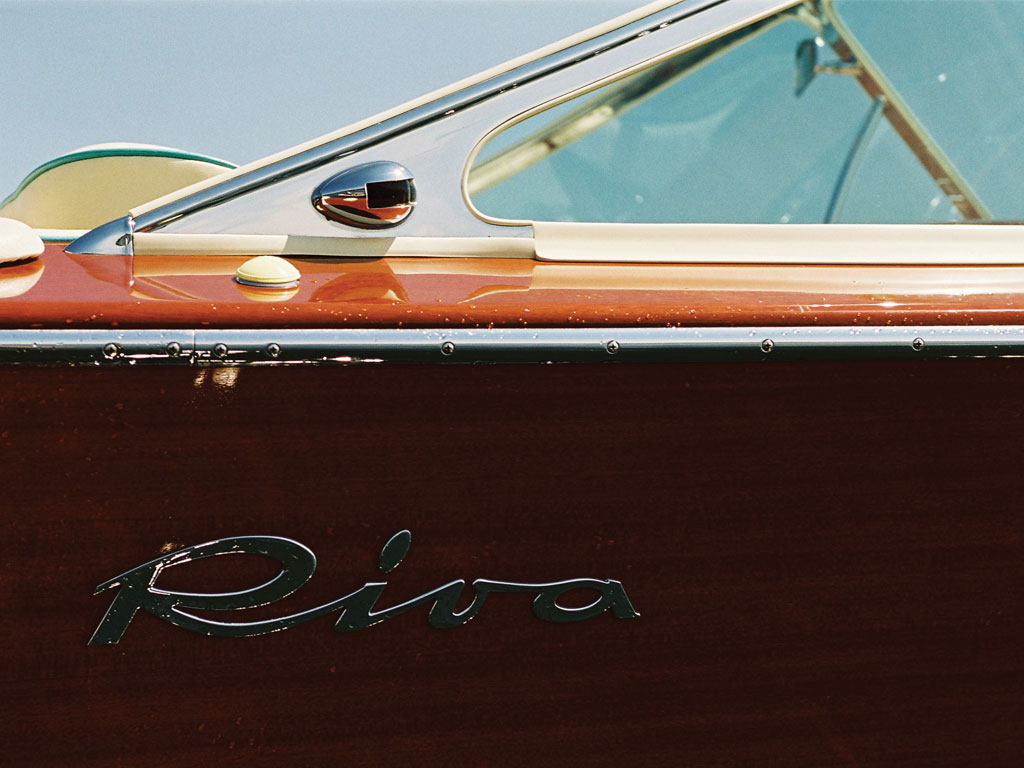 1873 Winchester from the Battle of the Little Bighorn