The origins of the Austin-Healey 100 is worth considering because it became one of the most iconic British cars yet it was created using the mechanicals of a car that was a forgettable disaster. The Austin-Healey 100 was built on the mechanicals of the ill conceived Austin A90 Atlantic and it succeeded where the A90 Atlantic failed. The story begins in post World War II Britain in Austin Motor Corporation where it was understood that they needed to create a car for export and preferably one that would sell well in the United States. The boffins at Austin got together and created a car that was safe and had unusual almost avant garde styling and that was to be marketed as being exotic, exciting, and safe. The only trouble was that the A90 was about as exotic as a plate of British bangers and mash and certainly no more exciting. What the Austin management and design team had not understood was that Austin could not compete with American cars by creating something ordinary. What Austin needed to do was create a car that movie stars would drive, and they didn’t know how to do that.

Although Austin did not know how to create a car that would capture the imaginations of Americans another Brit, Donald Healey, who had experience with the US market did. Healey’s 100 was to become the car with which Austin would capture a segment of the US sports car market.

Austin put the A90 Atlantic into production in 1949 and it didn’t take long before Leonard Lord, Austin’s Chairman of the Board, realized that they’d got their new car hopelessly wrong.

It was whilst he was attending the London Motor Show in 1952 that Leonard Lord saw the car that he and his team at Austin should have thought of. This sports car had been created by Donald Healey with a body design by Gerry Coker and chassis by Barry Bilbie. This was the Healey 100, so named because it was designed to do 100mph, and it was a star of the London Motor Show that year. The Healey stand was being flooded with orders for the car and Donald Healey was aware that he did not have the production capacity to fulfill those orders. The important point is that the Healey 100 was based on Austin A90 Atlantic mechanicals. Leonard Lord saw the car, saw the public reaction and arranged to meet with Donald Healey over dinner to see if a mutually beneficial arrangement could be arrived at. The two men agreed to Austin building the cars as the Austin-Healey with Jensen Motors making the bodywork. The Austin-Healey 100 was born. 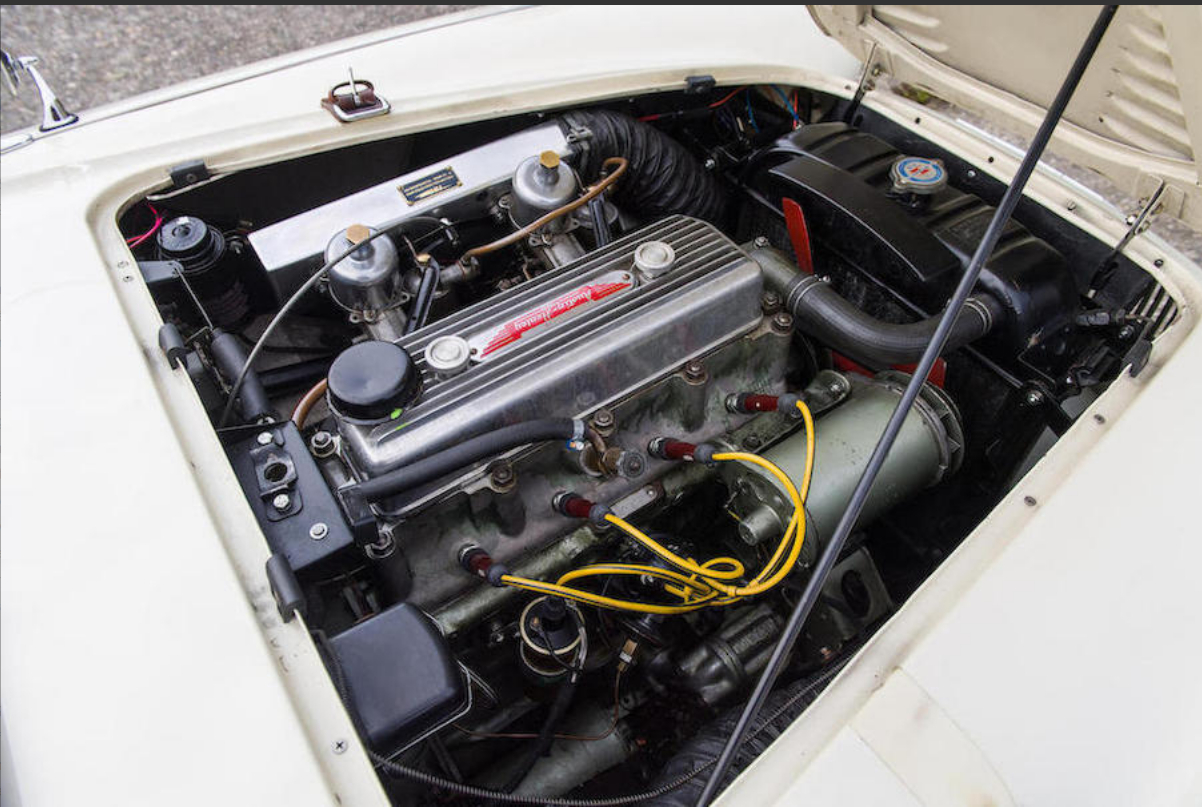 The 2.660cc four cylinder Austin A90 Atlantic engine originally produced 88bhp. In the Austin-Healey 100M it produced 110bhp and enabled the 100M to get to almost 120mph.

The Austin-Healey entered production in 1953 and it was all the car that the A90 Atlantic was not. It was low slung, light, fast, and wonderfully exciting to drive. The Austin-Healey 100 was and is a sports car with a lot of personality. To get the car before the public eye and to build up some “street cred” for it the decision was made to modify a couple of Austin-Healey 100’s and enter them in the 24 Hour Le Mans race that same year. The two cars finished at Le Mans, which was an achievement in itself, in 12th and 14th places and that success made the name Austin-Healey well known in short order. There was a market for a modification kit for owners of stock standard Austin-Healey 100’s to retro-fit their cars to “Le Mans” specification and Austin-Healey lost no time in creating just such a kit that an owner could fit themselves. The kit comprised a pair of 1¾” SU HD6 carburettors mounted on a different inlet manifold which had a cold air box, a new high lift camshaft and stronger valve springs to cope with it, and a distributor with a more performance oriented ignition advance curve. This bolt on kit increased engine power from 90bhp to 100bhp. But owners wanted more. 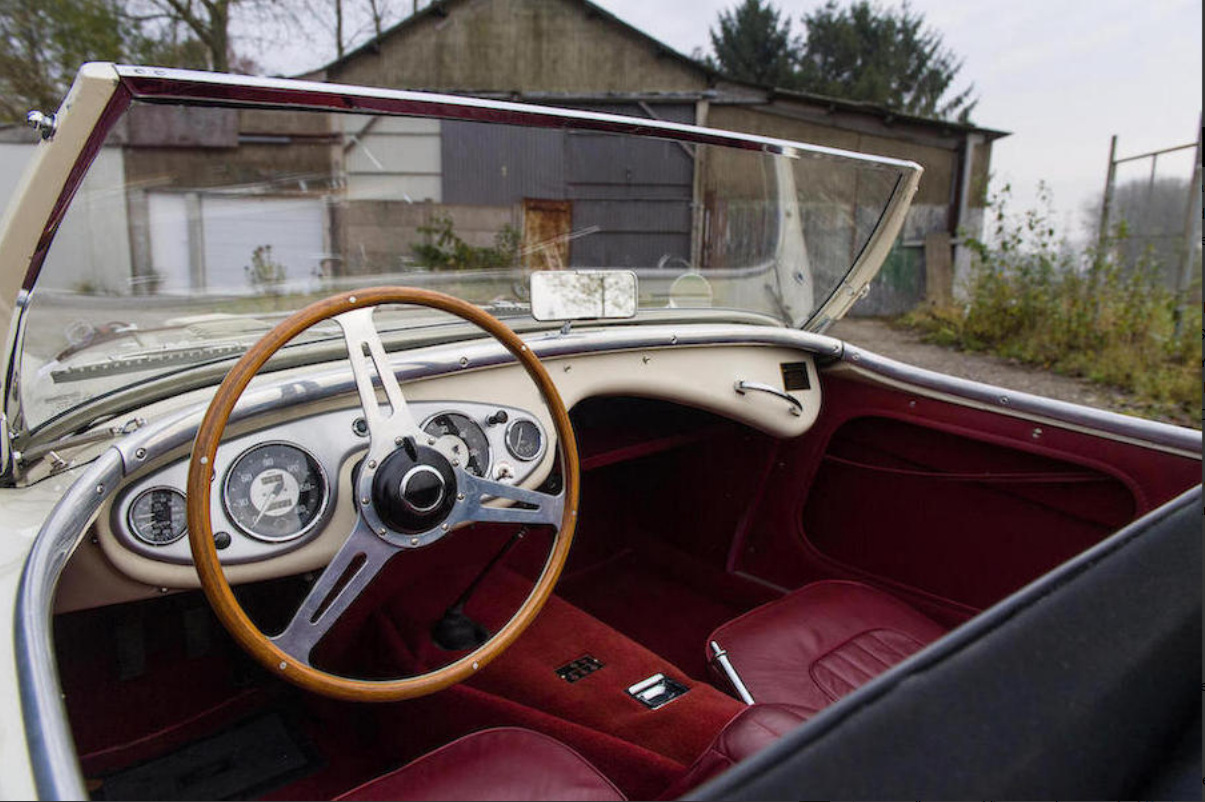 The interior of the Austin-Healey 100 is spartan and it encourages businesslike driving.

In 1955 the original BN1 Austin-Healey 100 was upgraded to the BN2 which replaced the original three speed gearbox with overdrive with a four speed gearbox also with overdrive. For the BN2 Austin-Healey decided to offer a factory fitted Le Mans performance kit. This new kit included all the parts of the bolt on Le Mans kit but with new high compression pistons in the engine which was covered by a louvered bonnet/hood to help keep that hot 2.660cc engine cool and to provide a more businesslike look. These factory cars also had suspension modifications which comprised a stiffer front roll bar and Armstrong shock absorbers. The factory built Austin-Healey 100M as this car was called had engine power of 110bhp and with the windscreen folded down could do around 120mph. Only 640 of these 100M cars were built and of them 544 were exported to the United States. 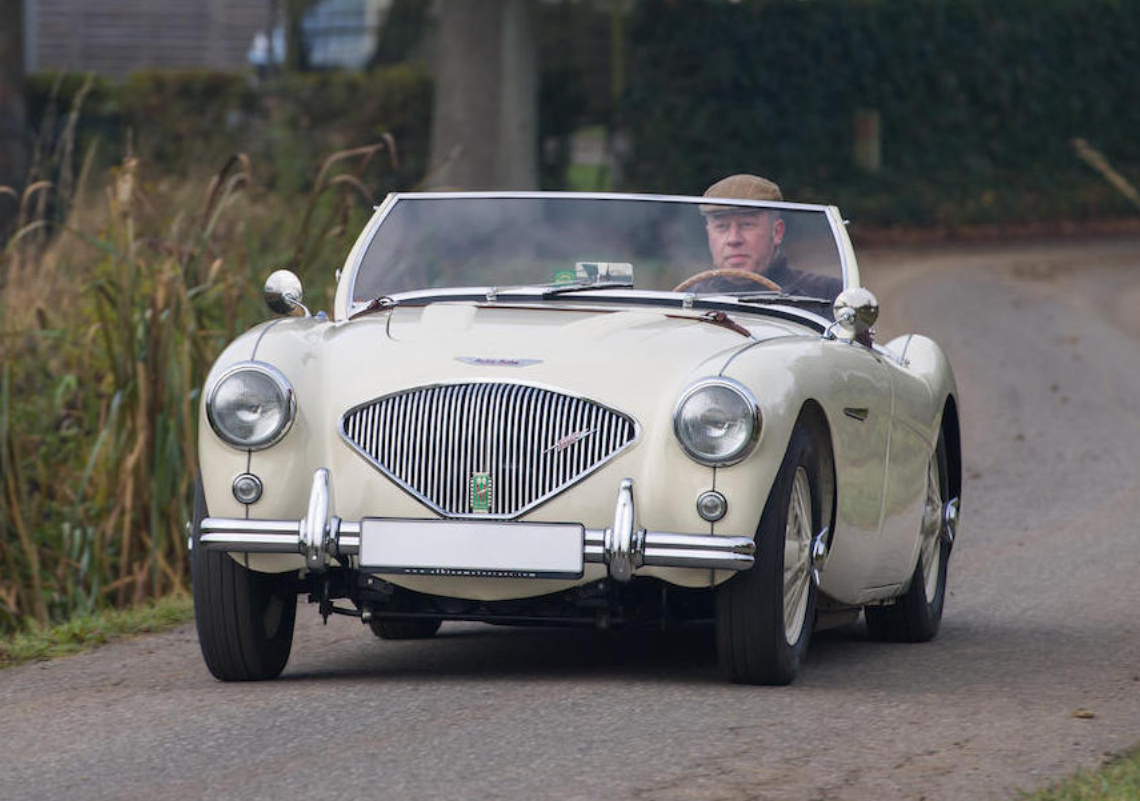 The Austin-Healey 100M is one of the greatest driver’s cars ever created.

The “Old English White” and red trim Austin-Healey 100M in our pictures is one of those 640 factory produced “Le Mans” specification cars. It comes with the factory hard top and soft top. The car will be coming up for auction by Bonhams at their Les Grandes Marques du Monde au Grand Palais auction on 9th February 2017.

This is an opportunity to purchase one of the most enjoyable sports cars ever created. 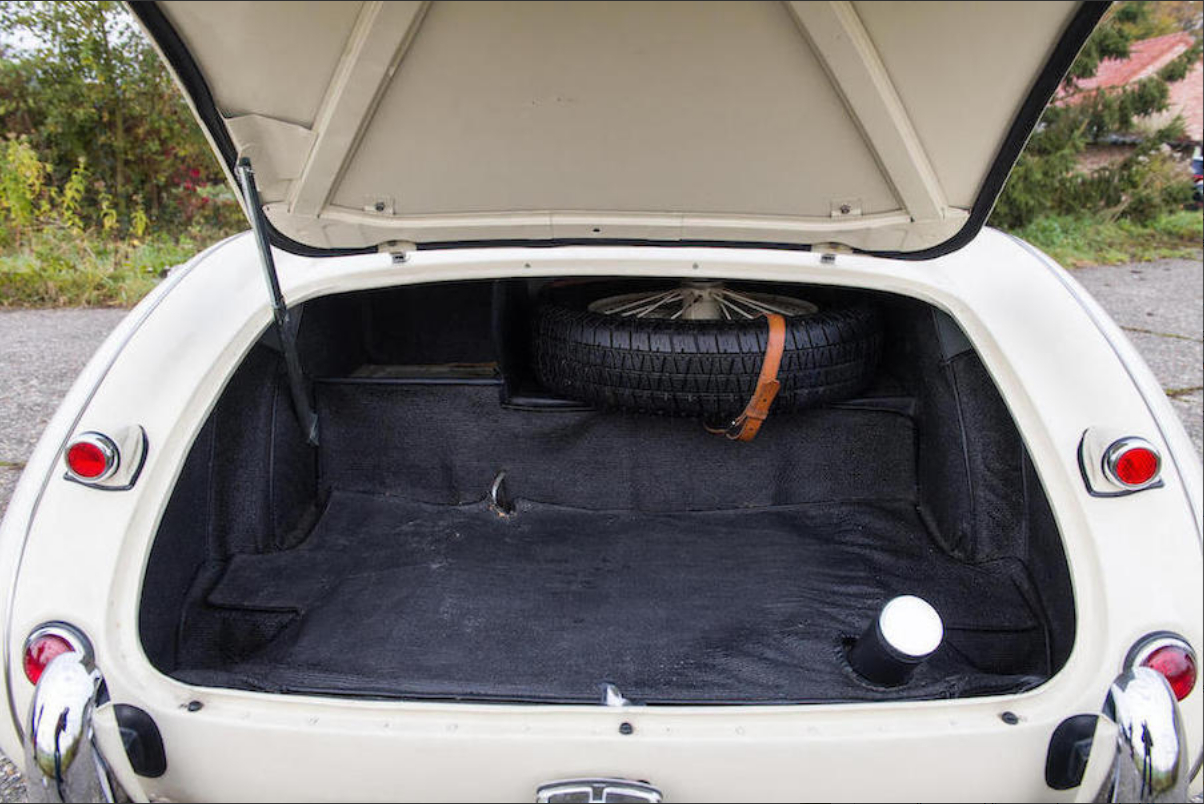 Although sports cars often don’t have much boot space the Austin-Healey 100M has adequate space. Even enough for one’s rifle bag or shotgun case if heading of for a sporting weekend.