What do you get if you combine the size, comfort and engineering of a 50’s vintage American car with French style and artistry? You get a Facel Vega. Facel Vega was a star amongst car makers that shone all too briefly; a car that was bought by film stars, rock stars and other luminaries amongst the rich and famous; but proved to be a star that would last for just two decades, from 1954 until 1964. A list of owners of Facel Vega cars reads like a Who’s Who of the post war world of the fifties and sixties including the artist Pablo Picasso, Ringo Starr the drummer of the Beatles, Grand Prix racing legend Sir Stirling Moss, actor Tony Curtis, the French novelist Albert Camus, and Hollywood actress Ava Gardner. 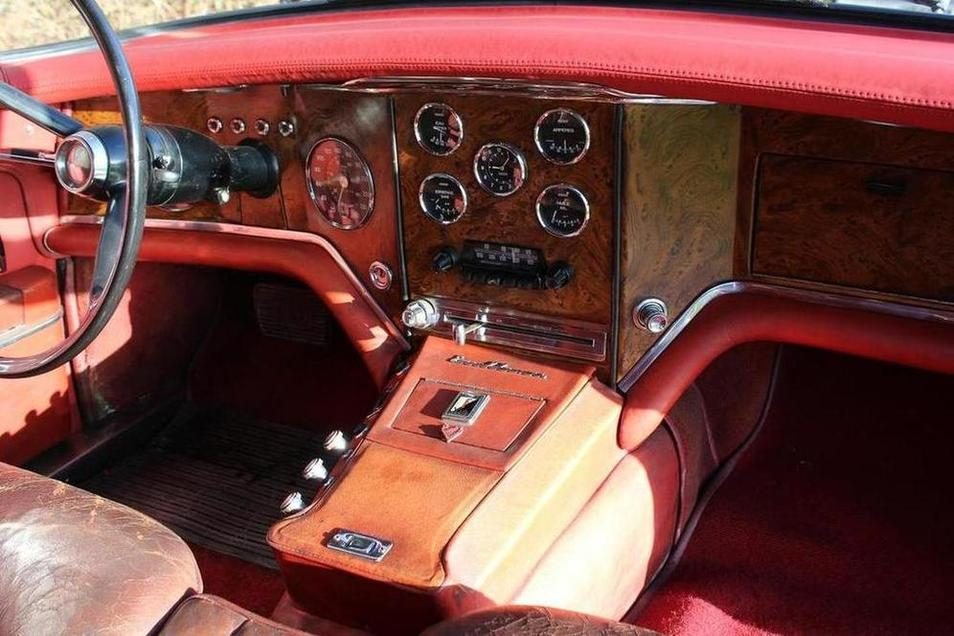 The “engineer’s dashboard” of a Facel Vega seems to wrap itself around the driver.

When you sit in the driver’s seat of a Facel Vega there is a sensation of being wrapped in wood, leather, controls and gauges as if you were about to take off in a cross between a luxury car and an aircraft. The leather seats likewise wrap themselves around you and the whole effect is something like a cross between a Rolls Royce and a Cadillac, except uniquely different and continental in the nicest possible way. British racing driver Stirling Moss was said to prefer driving his Facel Vega to flying and if you have the opportunity to even just sit in one you may appreciate why. 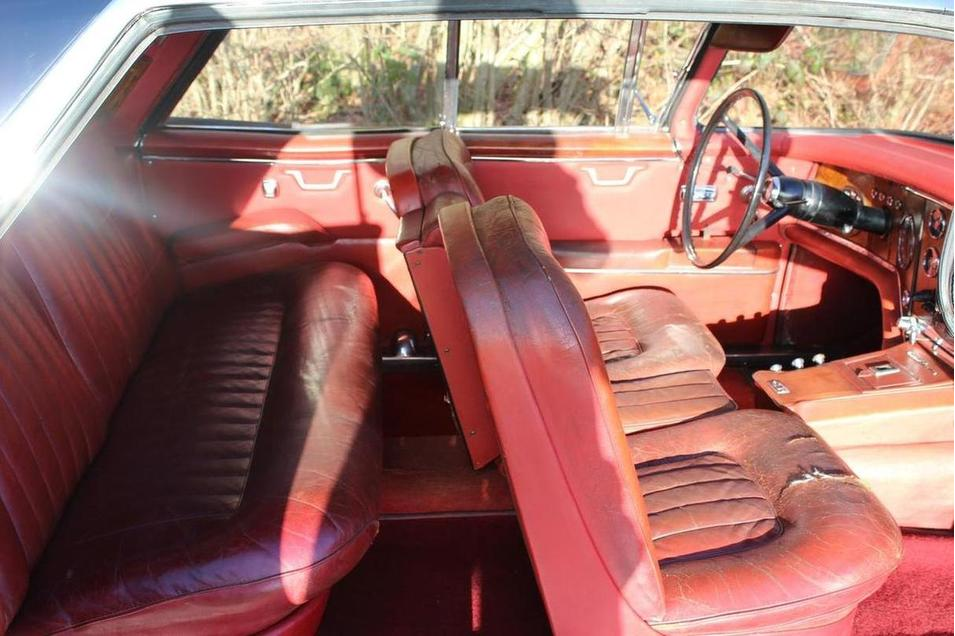 An interior that exudes taste and a quite extraordinary mixing of French and American style.

The Facel Vega Excellence was the only four door Facel Vega with the rear doors opening to the rear. These are sometimes called “suicide” doors but they are an excellent device with which to make a grand entrance and to be fully visible for the photographers as you arrive at an Oscars night. 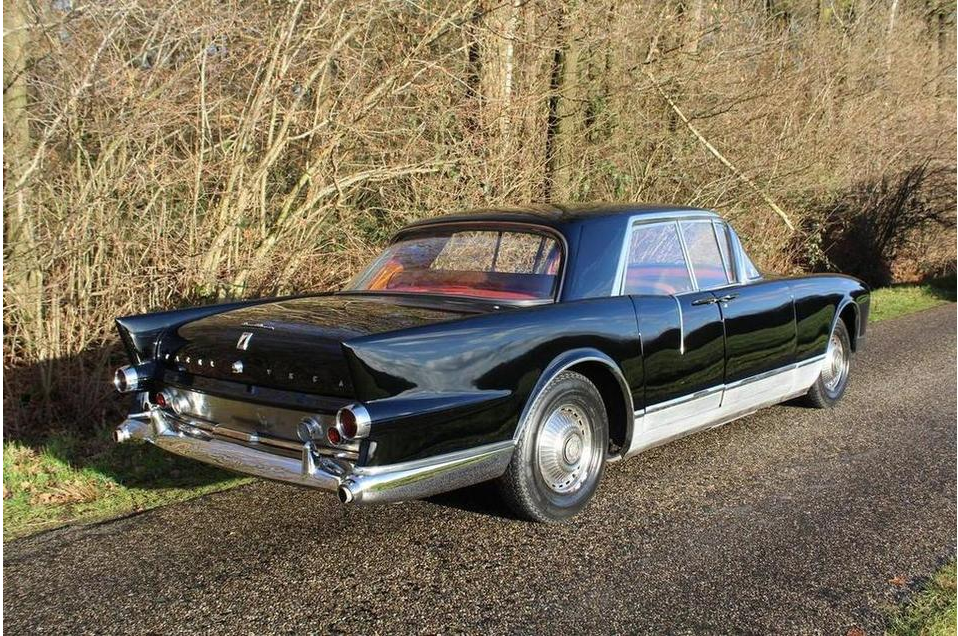 The rear doors open to the rear, perfect for making a grand entrance.

The first series of the Excellence comprised only ten cars, of which this one built for Ava Gardner was the last. They were fitted with the 6.4liter Chrysler “Hemi” engine producing 360 horsepower. The Ava Gardner car is fitted with the Chrysler “Torqueflite” automatic transmission controlled by push buttons on the dashboard as was typical of Chrysler cars of the late fifties and early sixties. 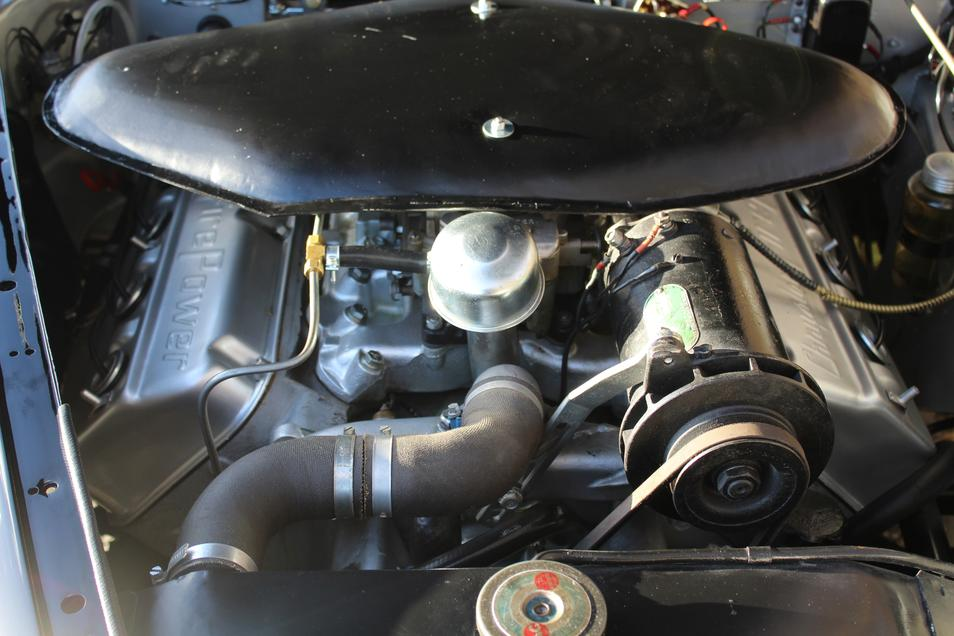 Ava Gardner picked up this car directly from the Facel Vega factory in 1958, which would have been around the time she was working on the film “On the Beach” based on Neville Shute’s novel of 1957, co-starring with Gregory Peck and Fred Astaire. 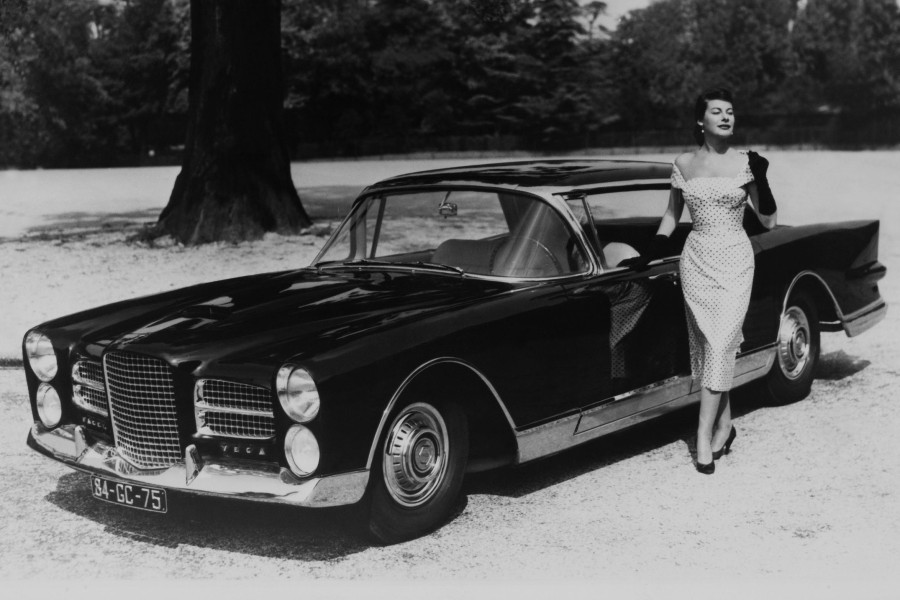 The Facel Vega Excellence as presented at the Paris Motor Show in 1957.

This car is to be auctioned by Bonhams on 5th February at their Les Grandes Marques du Monde au Grand Palais in Paris. It is a car that has likely been ridden in by various Hollywood celebrities of the fifties and sixties which gives it an aura of glamour to go with its gently used patina. All Facel Vegas have character, and this one in particular just oozes it.