I used to have a “gun room”. The sort of room that James May might call a “man lab” or a “man room”. In it was a large old wooden desk, and a solid jarrah wood reloading bench fitted out for hours of focused fun creating loads, customizing rifles and guns. It was a retreat from the realities of life, the universe, and everything.

I used to have a gun room. Then one happy day our daughter was born. We already had three sons, but a daughter needs a room of her own. And as I sang “Thank Heavens for Little Girls” I became gun roomless and my much loved jarrah reloading bench had to be re-established in my shed.


Happily, the Bible promises that “God works in all things to the good of those who love Him” (Romans 8:28) and indeed it turned out to be so. As you can probably imagine, when there are four children in the house there is no chance of peace, quiet or solitude. Our long suffering Labrador whose name was Sam discovered this as he became horse, pillow, protector and confidante to our four young ones. I discovered however that disappearing out to the “shed” to get reloading done, biltong made, hides tanned etc. provided a place of quiet far removed from the hub-bub of family life – an even better “man lab”.

Bonhams are soon to auction some items that featured in someone else’s “man lab”. Another man’s place of solitude and creativity. Some of the items are the sorts of things I might want to put into my next “gun room”.

I like an occasional Cuban cigar and I have a nice lacquered wood humidor. But how about a cigar box made from a dinosauer fossil? This is something that my lovely wife may not approve of; but I think Sherlock Holmes might like it. 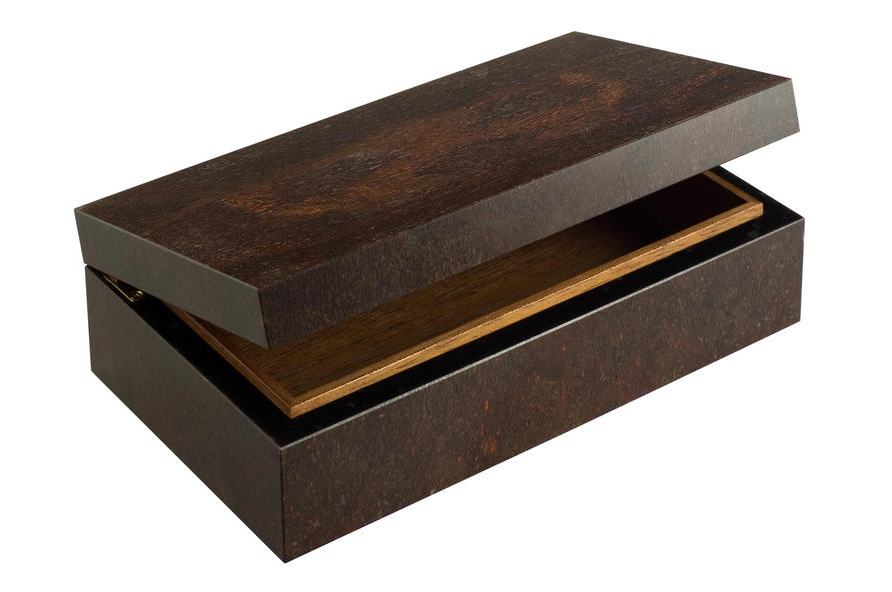 Soft lighting is delightful and restful in times of peace so a deer antler oil lamp might be just the thing to throw a warm friendly illumination by the ash tray. 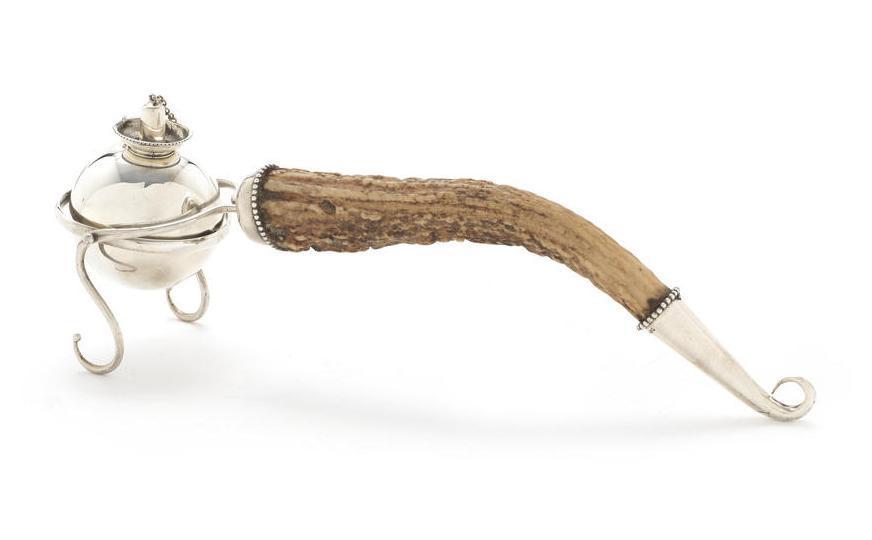 A Metalware and Antler Oil Lamp.

When it’s snack time a suitable deer antler snack set would be in good taste and would coordinate nicely with the antler oil lamp. 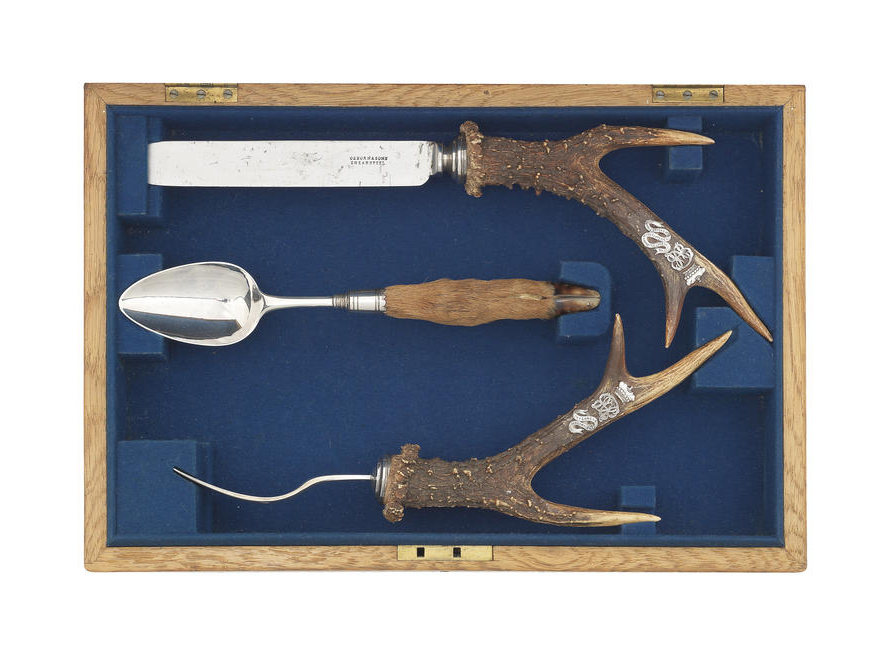 For those times we absolutely, positively must pay attention to the time a conservative gold US Presidential Hunter pocket watch would do the trick. I like pocket watches with lids so that I don’t have to know what the time is unless I physically open the timepiece and look. 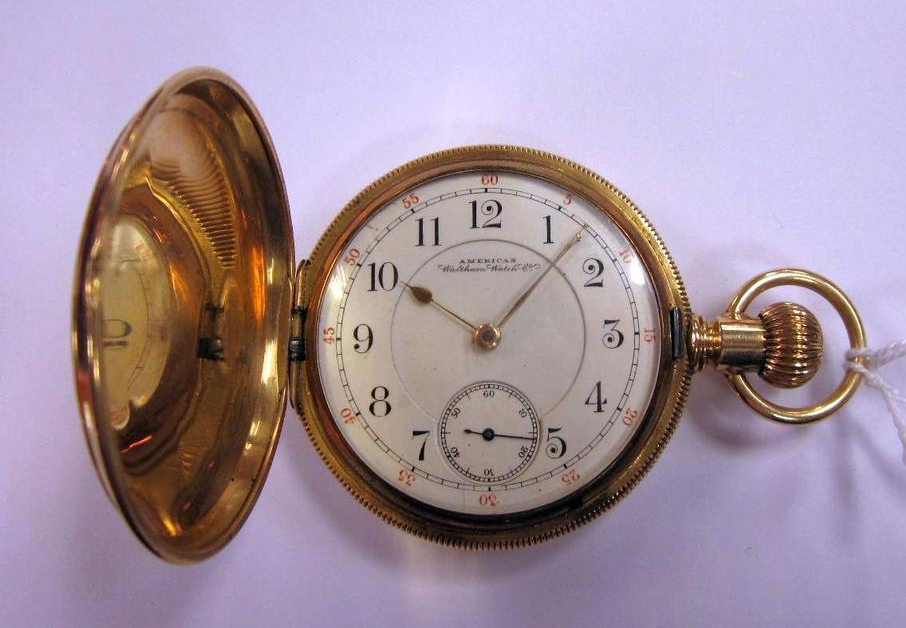 Sometimes we do need to talk to someone on the phone so a telephone will be needed but should be tastefully hidden. A novelty elephant telephone would be a nice way to hide the phone and stay consistent with our “hunter” decor. 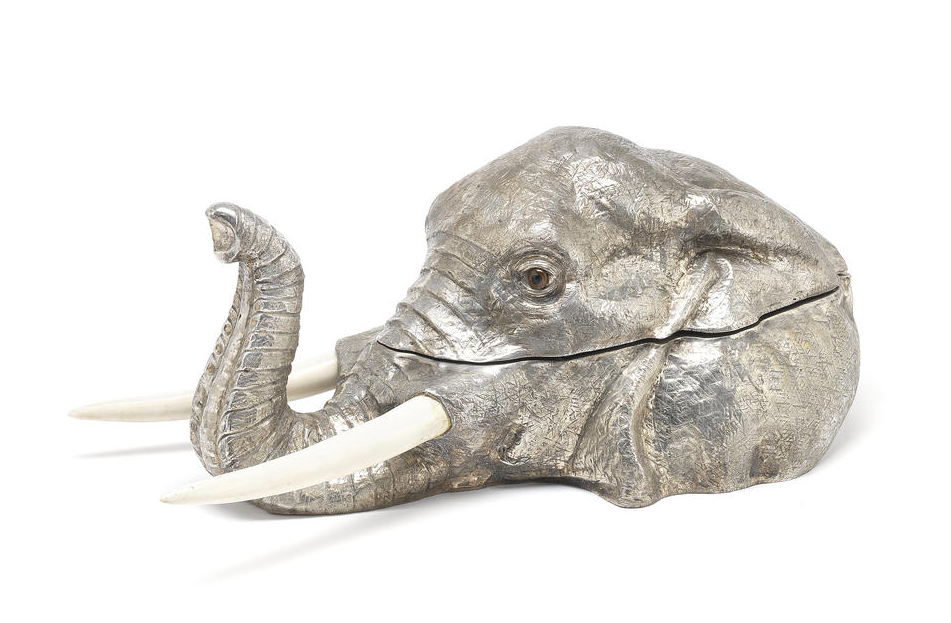 The elephant in the room. The phone is discreetly hidden. 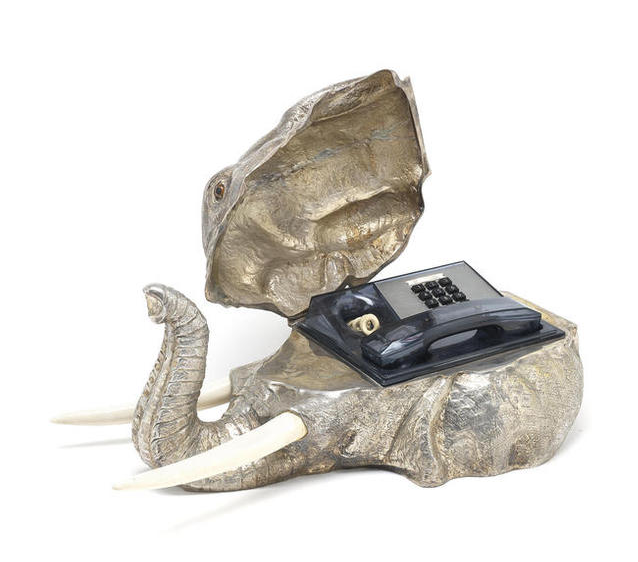 And last but not least something to remind us that human beings make mistakes; especially when they are trying to save money and get the cheapest price. That the “bean counters” should not always be listened to, and that “bean counters” in positions of power can be dangerous to everyone’s health.

This portrait of Thomas Andrews Jr., the designer of the Titanic rings a poignant note when we realize that he recommended a double hull, watertight bulkheads, and 46 lifeboats for the Titanic. None of these recommendations were followed.

On the ill fated night when the Titanic struck the iceberg Thomas Andrews Jr. was aboard the ship and advised the Captain that the damage to Titanic was fatal. He then did what he could to get as many passengers into lifeboats as he could manage, eventually throwing deck chairs into the sea as floatation devices. He was one of the last to leave the ship. His body was never recovered. His portrait serves as a reminder to us to stick by our guns and push for what we know to be right: The more especially when human lives are at stake.

So there we have it; a few of the sorts of items I might like to have gracing my next gun room, which I hope won’t be in a shed.