Choosing the hunting rifle that’s best for you will be a very individual decision. I’m one who tends towards ensuring that each of my hunting rifles is as similar as possible in operation and in feel. But what if you are someone who spends much of their time using a shotgun? Is it practicable to have both your shotgun and hunting rifle made to be as close as possible in operation and feel? The answer is yes; there are a number of makers who will make a double gun with a number of barrel sets to suit your purposes including shotgun and rifle barrels, and Browning are one such maker. 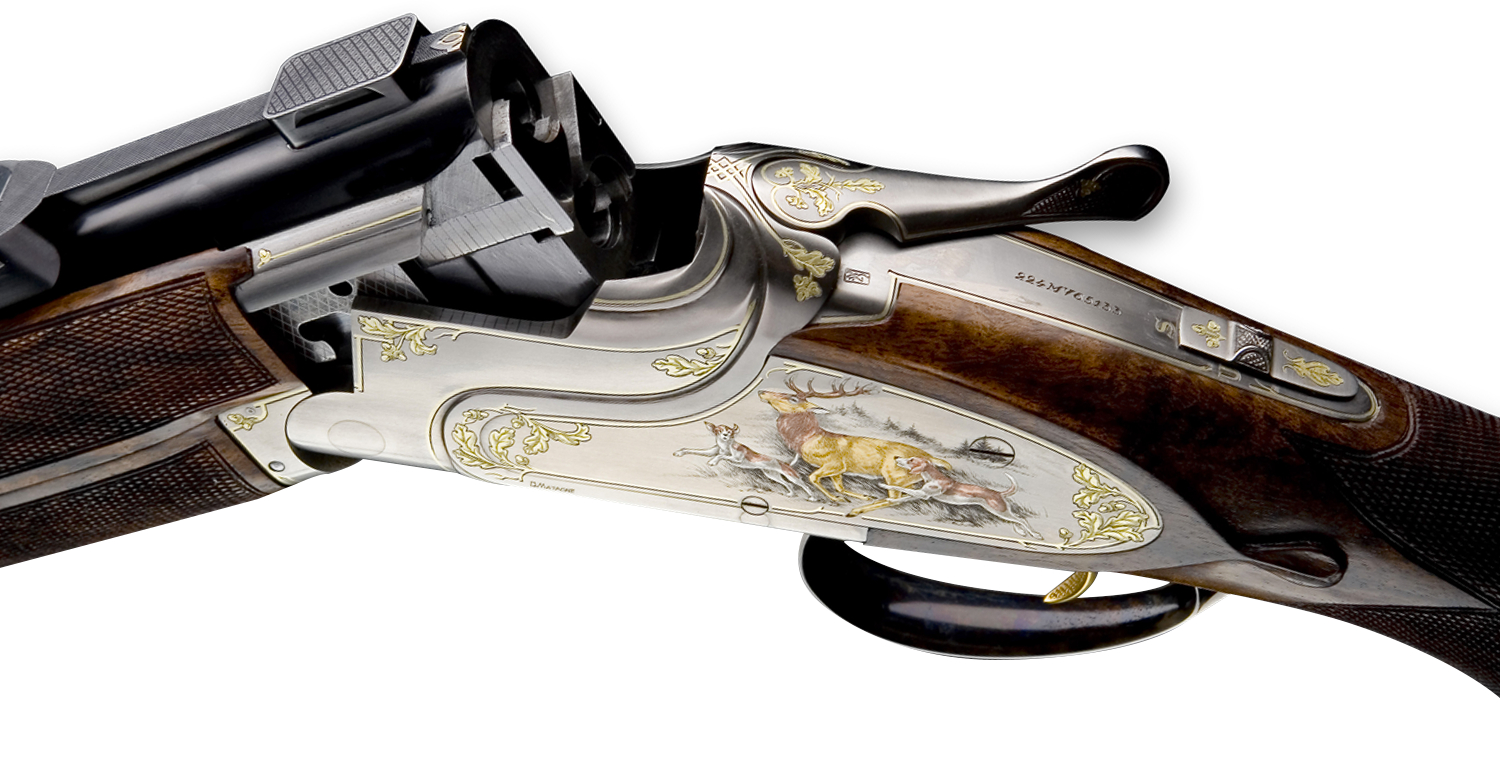 Browning CCS25 over and under double rifle which can be ordered with one or more sets of shotgun barrels to compliment the rifle barrels. This rifle is an example of the top of the line grade Contre Platines.

Browning have been making double rifles based on their shotgun actions for many decades providing a sporting shooter with the opportunity to have an over/under shotgun that they do a lot of shooting with and are highly familiar with also fitted with double rifle barrels for deer or boar hunting. Because the gun uses one action the shooter is completely at home with it regardless of which barrel set is being used.

Browning CCS25 Grade B rifle; beautiful and yet functional.

The CCS25 rifle is built in the same grades as used for the B25 shotgun; the top grade is the Contre Platines, then D, C and B grades. For those seeking a beautiful gun with the emphasis on function then the B and C grade guns are the choice you will likely make knowing you will be investing in one of the best over/under guns in the world. There is plenty of choice in a B and C grade gun as far as engraving and stock styles. The engraving choices for grade B guns is from B2G, B7 Evolution or Sporter New Generation models; whilst for C grade guns engraving can be chosen from the C2G, C3 or Diana models.

You will find engraving options at the Browning Custom Shop if you click here.

To see the available option for the grade B Browning double rifle at the Browning website click here.

To see the available option for the grade C Browning double rifle at the Browning website click here.

Browning make the CCS25 in four grades and the next is the D grade which includes the African Classic. The African classic is available in the .375 Holland & Holland Magnum caliber which is one of the best all around choices for a “world wide one rifle” hunter and it meets minimum caliber requirements in almost all countries where dangerous game may be hunted. The .375 Holland & Holland Magnum has been an African standard since its introduction by British gun-maker Holland & Holland in 1912. It is a cartridge that is capable of reaching out to 300meters with the correct bullet choice and it can be used against dangerous game with a reasonable margin of safety. 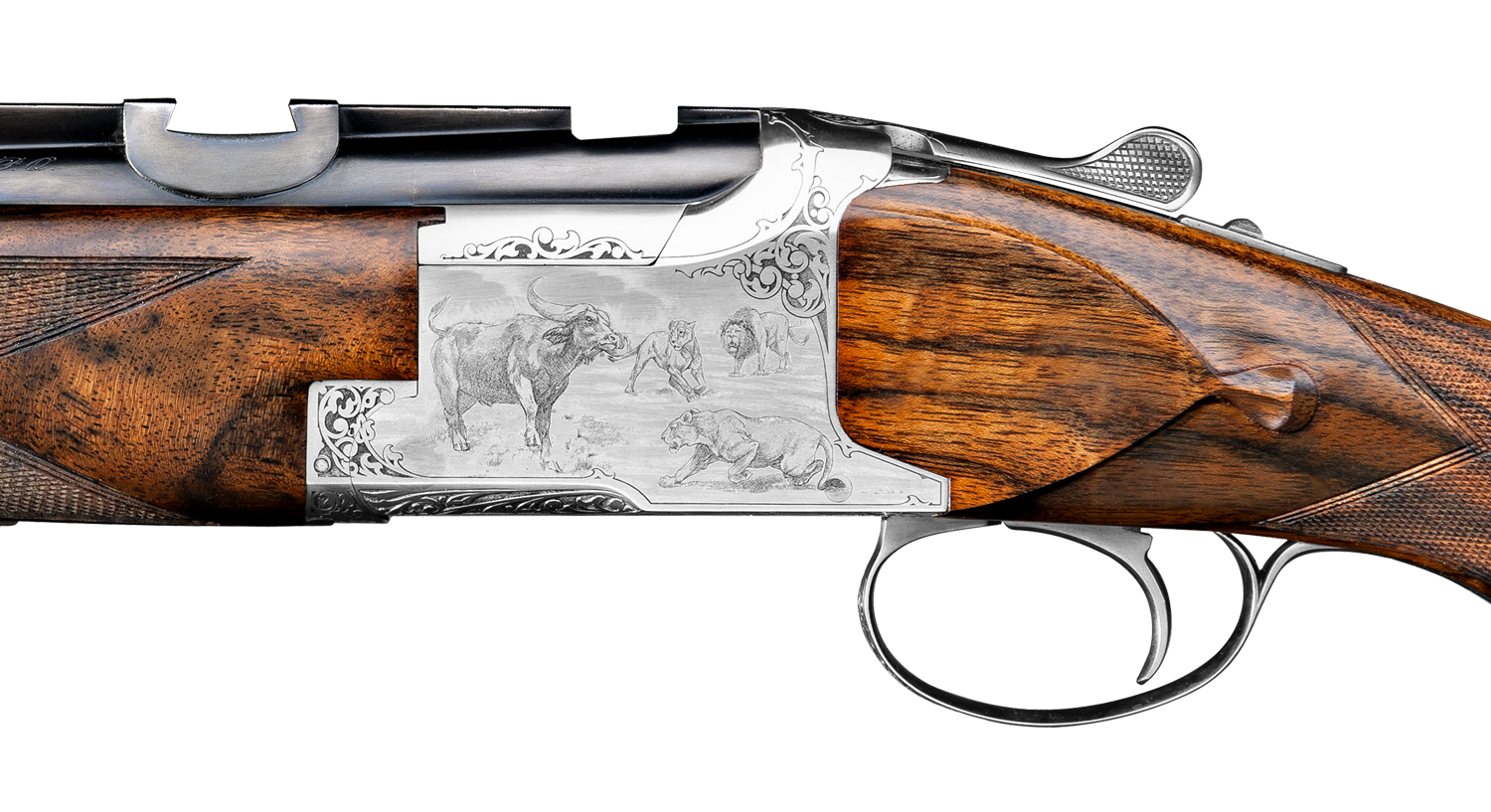 View of the engraving on the left side of this rifle’s action. Other engraving styles are available.

To see the available options for the African Classic Browning double rifle at the Browning website click here.

An example of the grade D engraving. D grade engraving can be chosen from D4G, D5G or the Special Autumn models, but with almost every feature of these guns you can choose other options in accordance with your personal preferences.

The Browning CCS25 is available not only with a range of engraving options but also with an impressive array of stock and fore-end options as illustrated below.

The Browning CCS25 is available not only with an excellent array of stock options but also with a whole range of other options including double triggers which are normally a preferred choice on a double rifle for dangerous game. A double rifle is not just for dangerous game nor just for Africa however. Browning CCS25 stalking double rifles for deer and boar hunting are made in smaller standard calibers including .270 Winchester, .30-06, .30R Blaser, 7X65R, 8X57JRS, 9.3X74R, and 9.3X62. The CCS25 can also be ordered in .375 Holland & Holland Magnum. For a stalking double rifle whether one decides on a single or double trigger is purely a matter of personal preference. If you like and are more used to the standard Browning single selective trigger on your shotgun then there is no good reason not to have the same for your double rifle. 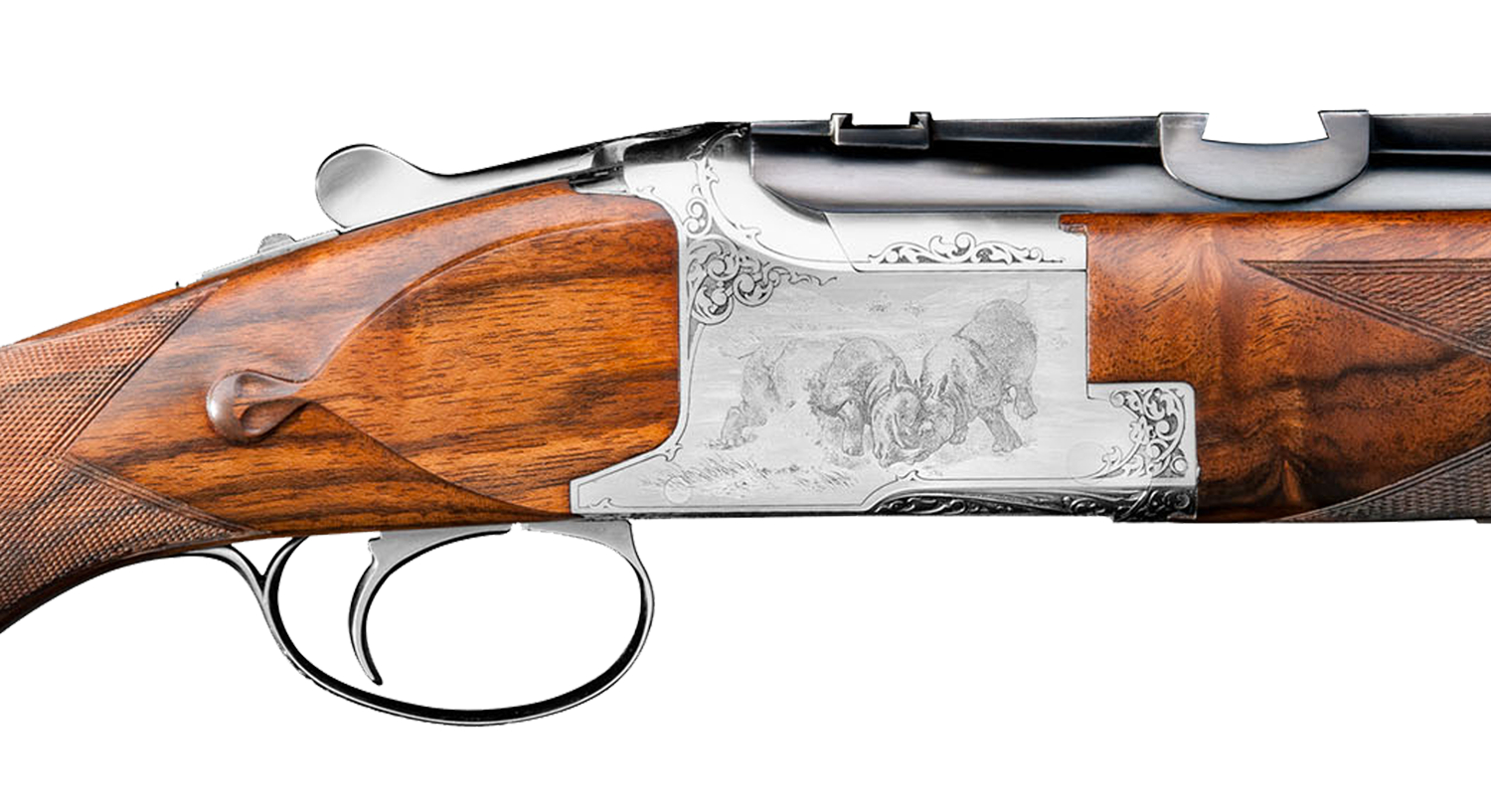 If you are someone who prefers the Browning over/under shotgun there is no reason not to have Browning set you up with both shotgun and rifle on the same action with interchangeable barrels. An over-under double rifle, just like an over-under double gun, is an instinctive and fast handling arm perfectly suited to deer and boar hunting and arguably the best possible choice in a driven game setting. The Browning CCS25 quarter rib express sight made in the Battue style with long groove and blade complimented with a prominent ramp foresight makes shooting on running game instinctive. The quarter rib is also set up to provide for telescopic sight bases so your Browning CCS25 can also be used with a rifle-scope in situations where that is preferable, making this a superb all around sporting arm.

You will find the Browning catalog for 2017 with the CCS25 double rifle and the B25 shotgun if you click here.

Different shooters have different tastes in the arms they prefer; some love lever actions, some bolt or straight pull actions, some semi-automatics, and some much prefer their shotgun and rifle to be an over/under using the same action with interchangeable barrels. Browning makes it possible for you to have exactly what you prefer. 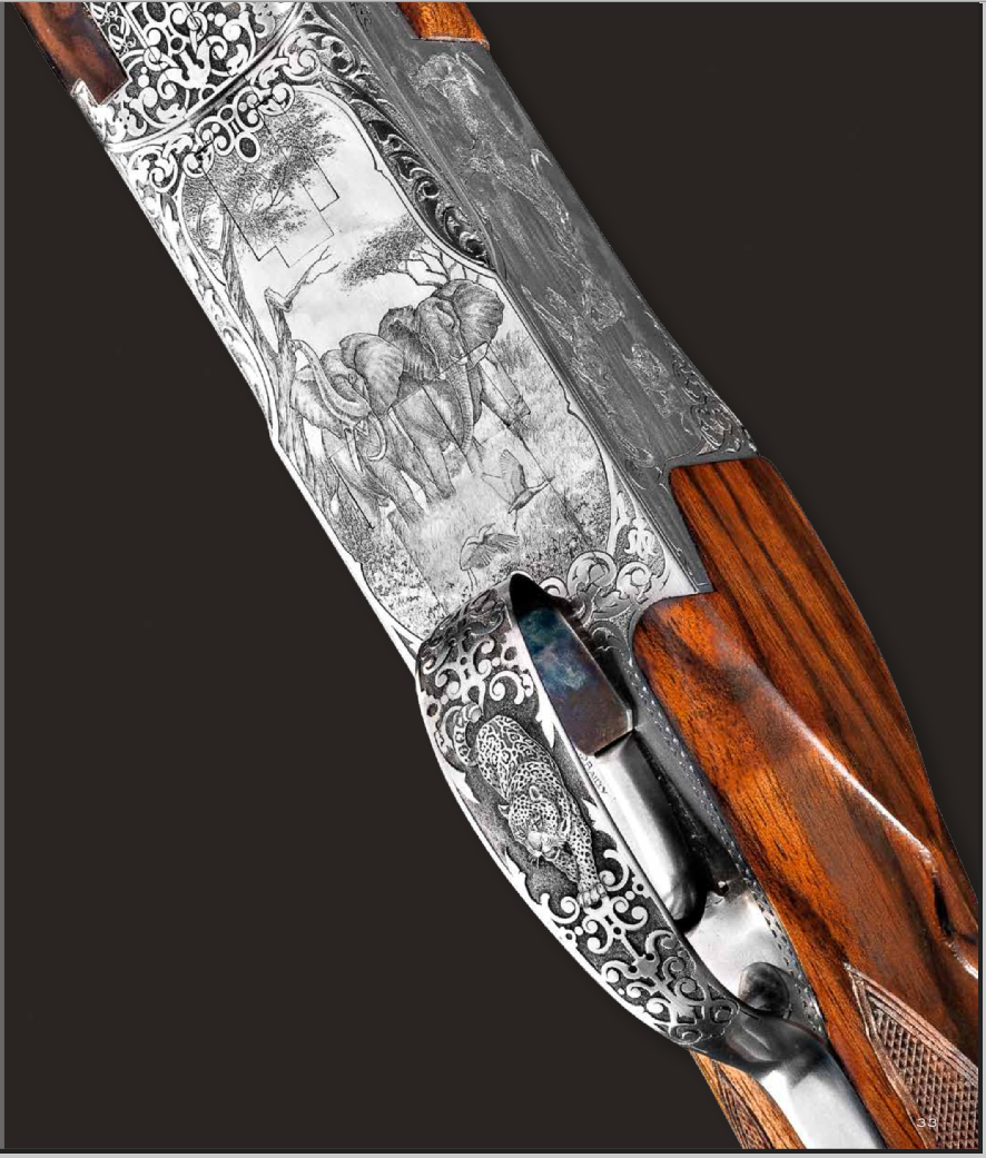 Underside of the CCS25 African Classic.