The Chevrolet G506 was one of the unsung mainstay trucks that made a significant impact on the Allied victory in World War II. This was one of the vehicles that plied General Stilwell’s “Ledo Road” from Assam in India, through Burma, and up into China to supply Chiang Kai Shek’s forces in their fight against the Japanese. Additionally there were 151,053 of these trucks transported to the Soviet Red Army where they made a great contribution to the war on the Eastern Front in 1943. 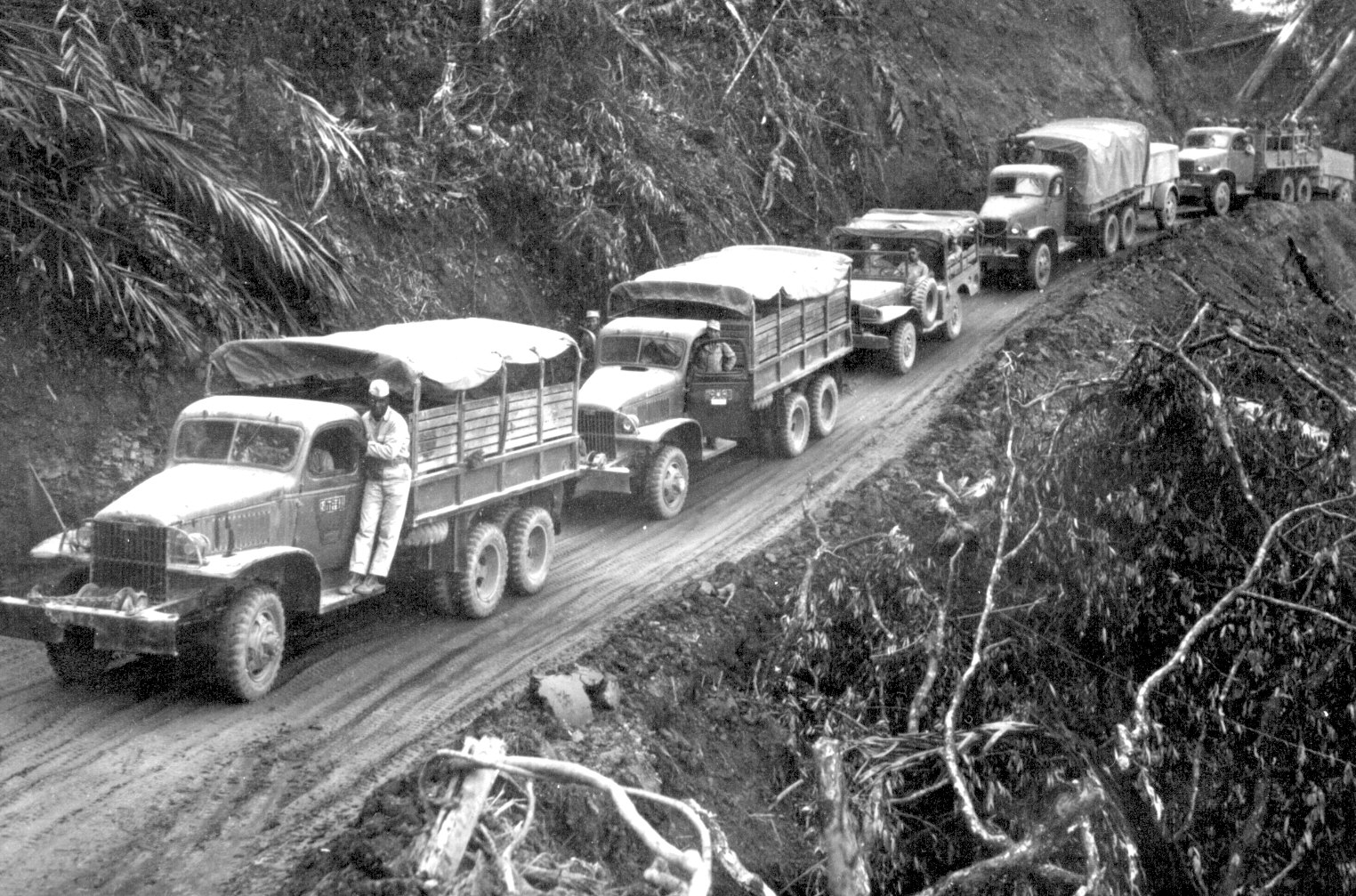 As originally made the G506 was built with a straight six cylinder 3.9 liter (235 cu. in.) engine that produced 83hp. The truck was equipped with a high/low range transfer box and a four speed manual “crash” gearbox (i.e. no synchromesh). Suspension was a simple and rugged semi-elliptic leaf springs with live axles front and rear. Brakes were drums. 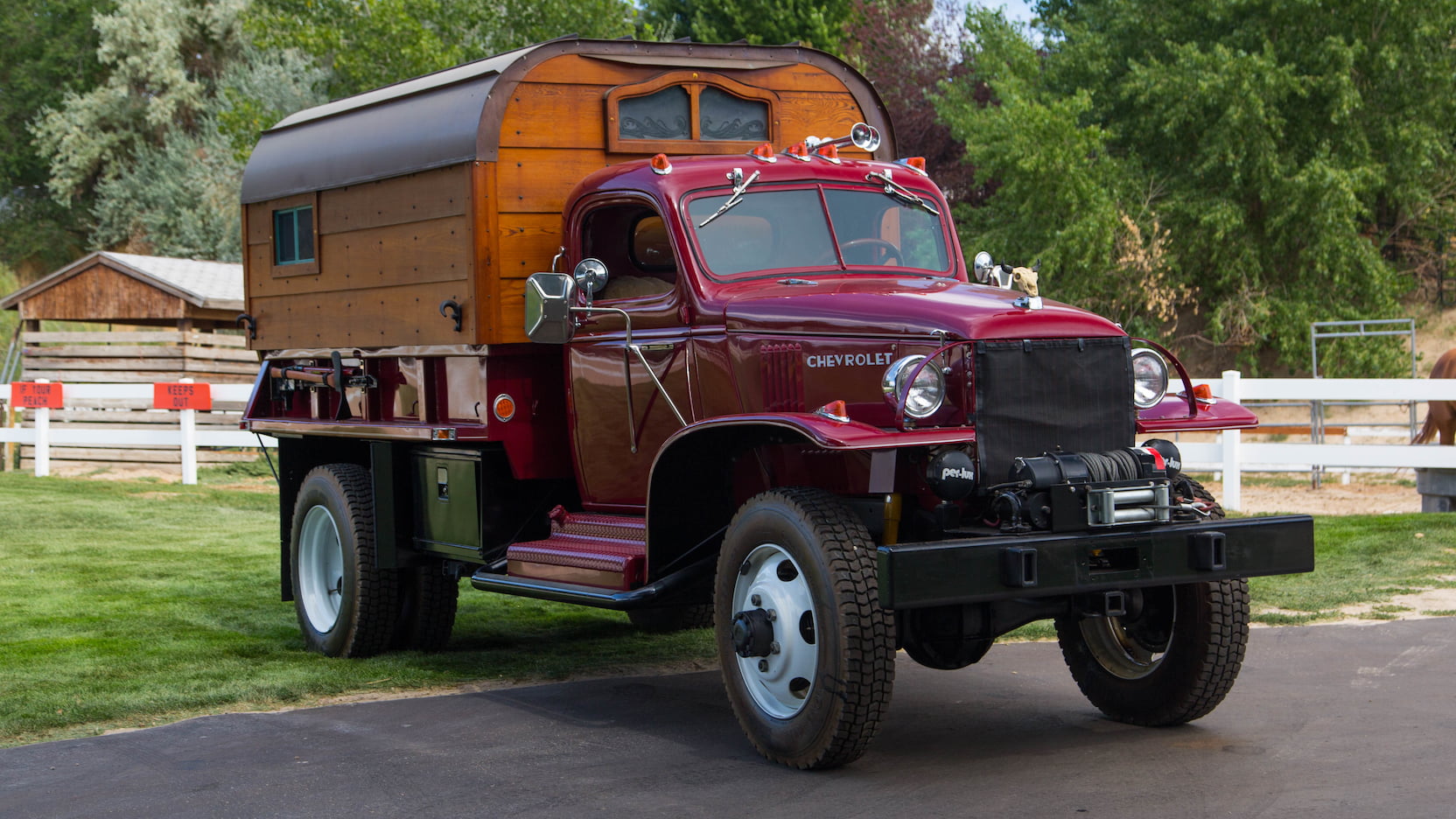 The G-7117 version of the G506 truck was originally made as a general cargo truck complete with winch. This one has been converted into a “gypsy caravan” style mobile home.

After the war’s end as the US military trucks were sold off most found their way onto farms or into mining but a few were bought by enterprising individuals with a bit of a vision. The G-7117 in our photographs has been one of those. Those of us who are into hunting will immediately see the value in a four wheel drive 1.5 ton ex-army truck that has been converted into a “gypsy caravan”. 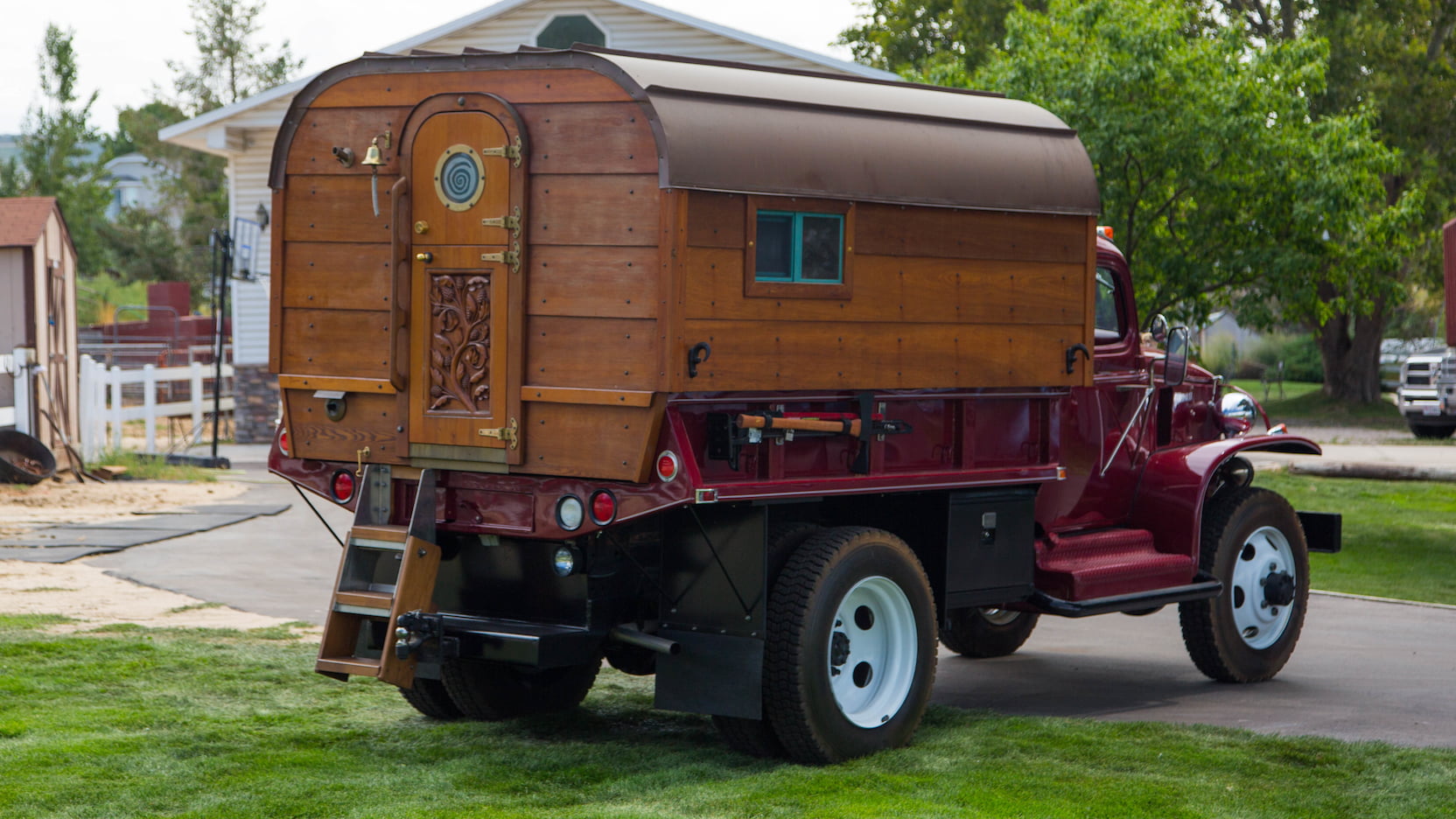 This Chevrolet G-7117 has been kept fairly original but has been fitted with a quite gorgeous oak camper on the tray top.

I don’t know about you but I’ve long been someone who is more inclined towards “glamping” (i.e. glamorous camping) than I am toward roughing it out “camping”. The fact that the camper body is made of quite substantial oak means it will be well insulated, and has become a mobile hunting lodge. 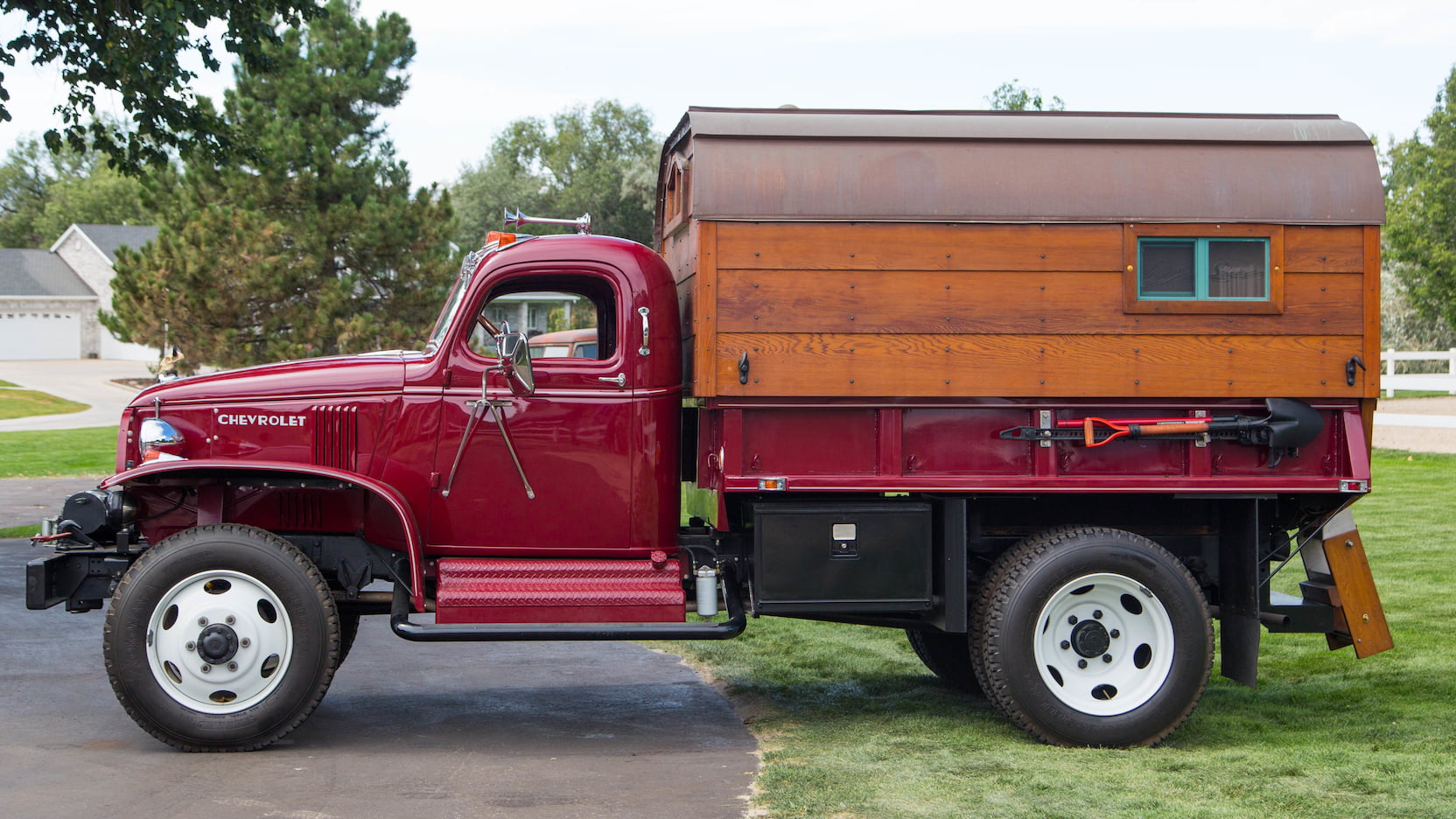 The camper section of the truck is quite large with room for sleeping, and for a modest kitchen.

For a hunting and/or shooting enthusiast this Chevrolet 1.5 ton truck looks pretty much the perfect wagon for driving into your favorite hunting or fishing spot. It would be a perfect camper for trips to a shooting range and of course it would be easy to set up your reloading equipment and other gear needed, or wanted. 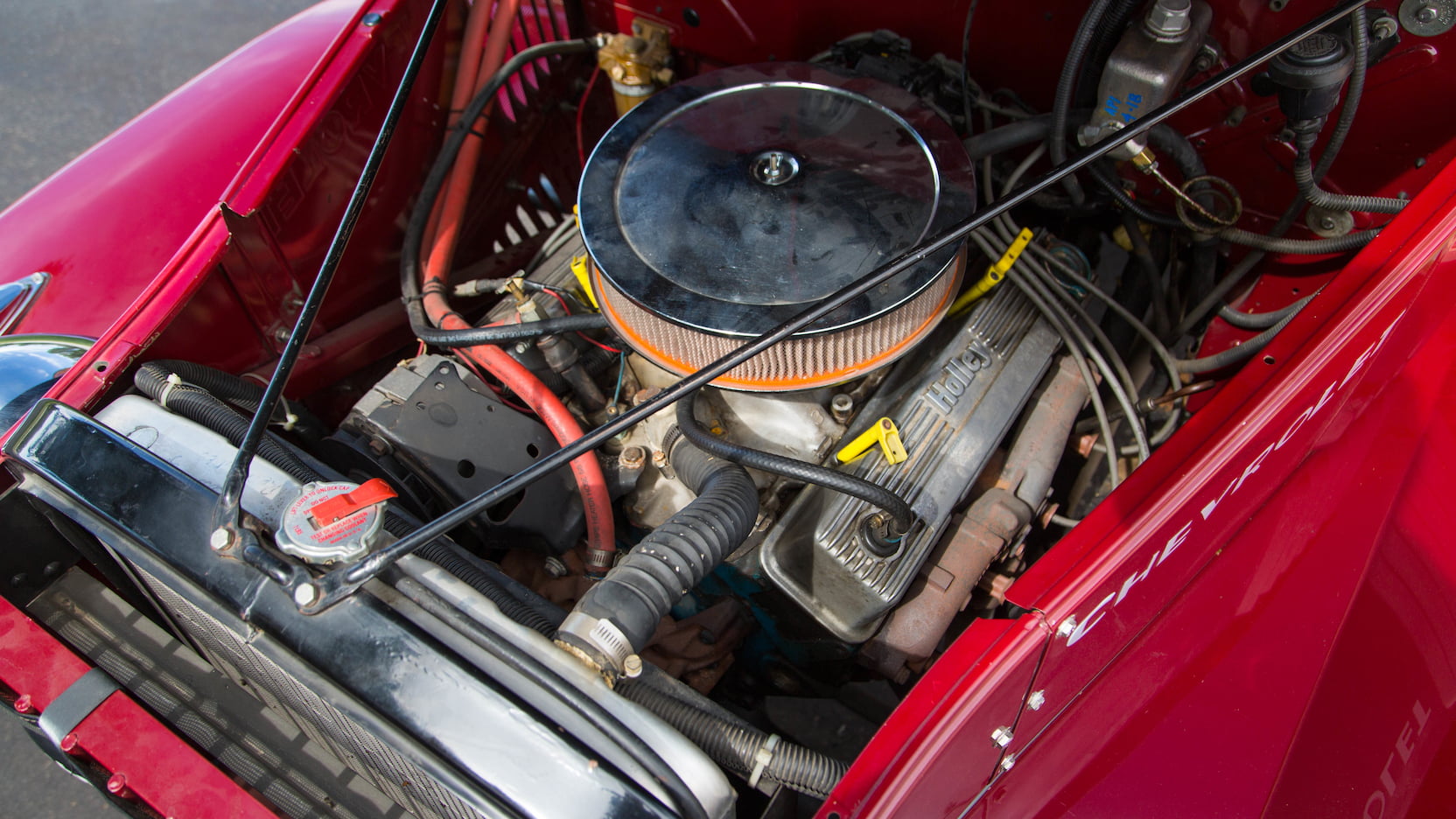 The engine is not original. The truck has been fitted with a 350 cu. in. V8 so it has rather more power, and a better top speed.

One improvement made to this G-7117 has been the fitting of a 350 cu. in. V8 engine. The vehicle is also listed as having a four speed manual transmission. The rear axle has dual rear wheels as per the original providing not only good load carrying capacity, but also good traction on slippery or sandy tracks. 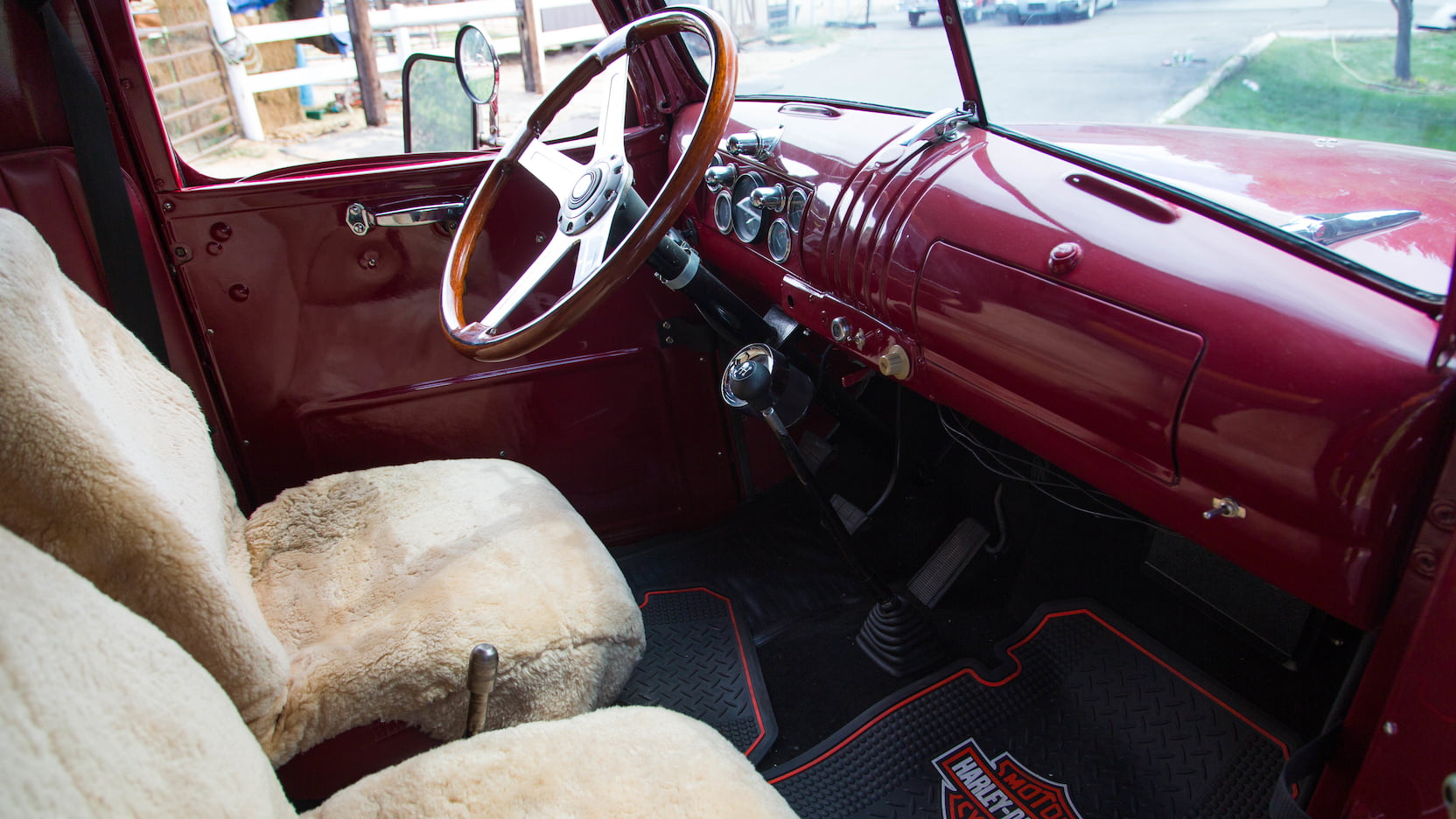 The driver’s cab has been made comfortable for country driving. The vehicle is fitted with dual air horns.

In order to ensure the driver is equipped for difficulties that might occur along the track the Chevrolet has shovel, mattock, and high lift jack: tools that can make roadside difficulties rather more easy to manage. 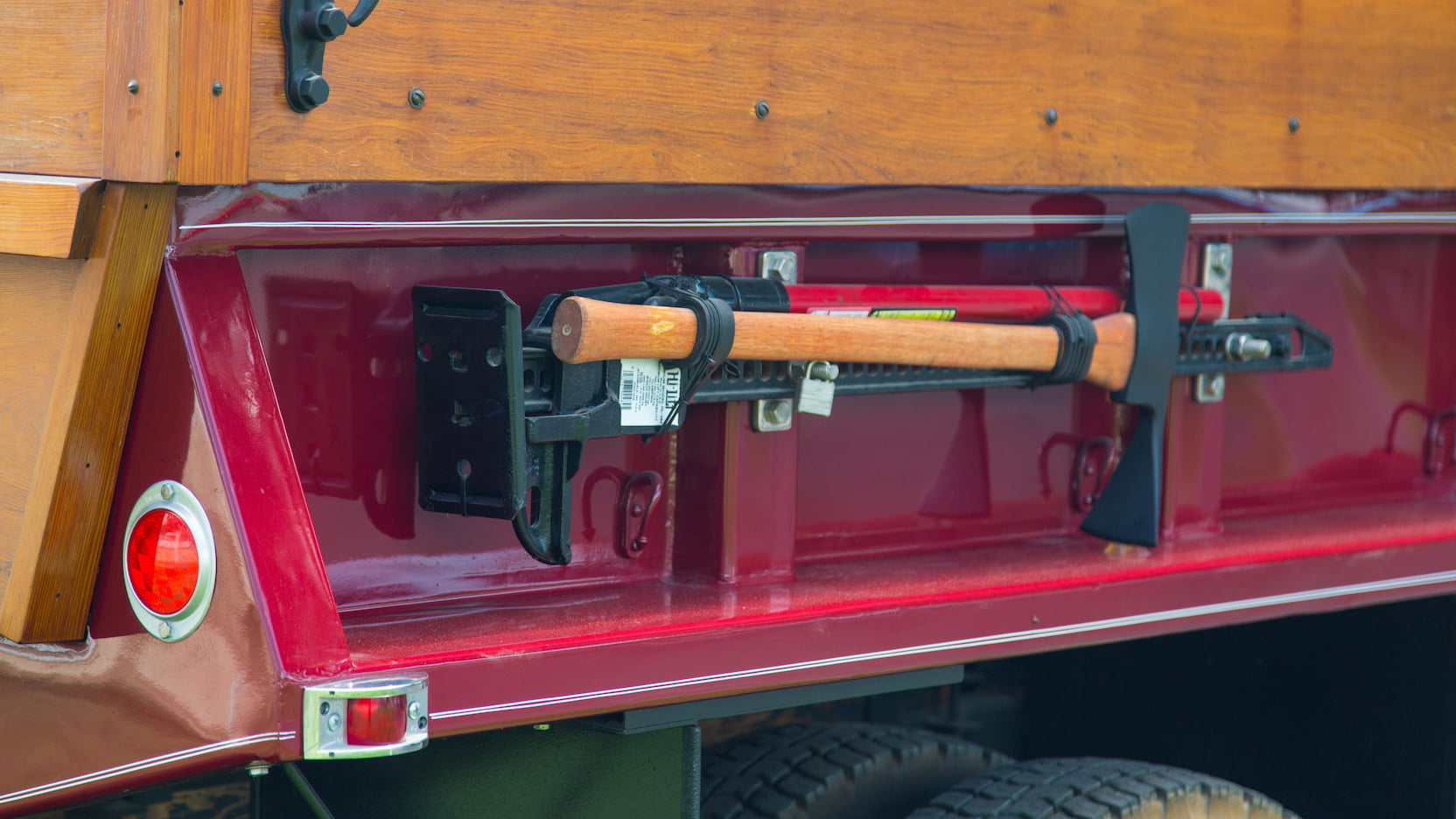 The mattock and jack are mounted on one side of the vehicle, the shovel on the other.

If you are interested in this World War II veteran converted into a superb camper it is coming up for sale by Mecum Auctions at their Las Vegas sale which will be held between November 15-17, 2018.

You will find the sale page for this truck if you click here. 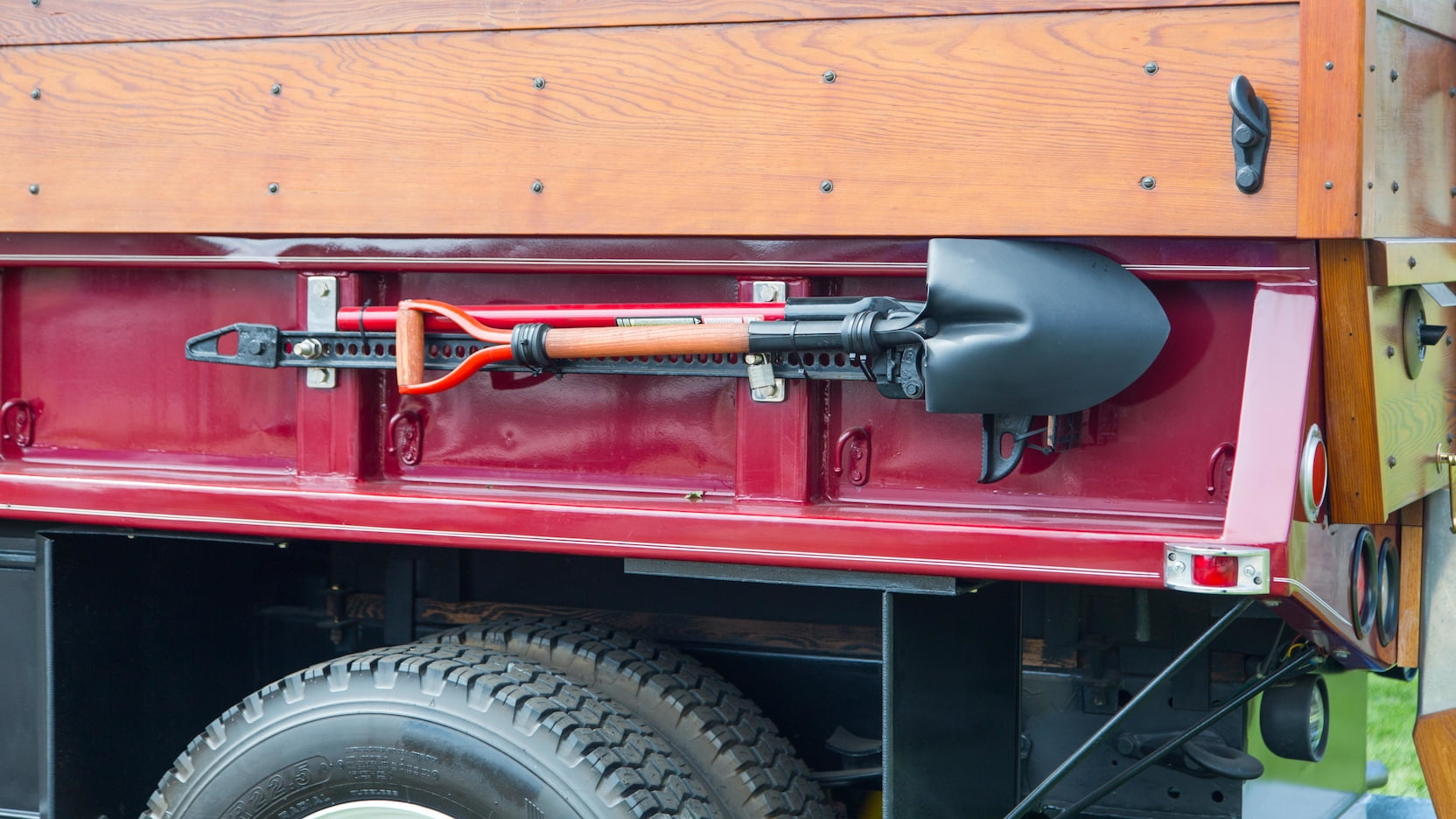 The shovel is mounted on the left side.

This Chevrolet G-7117 has been the work of someone with a vision, who knew exactly what they wanted, and who was able to bring it all together. It looks like a fantastic vehicle, one that I would get rather a lot of use out of, how about you? 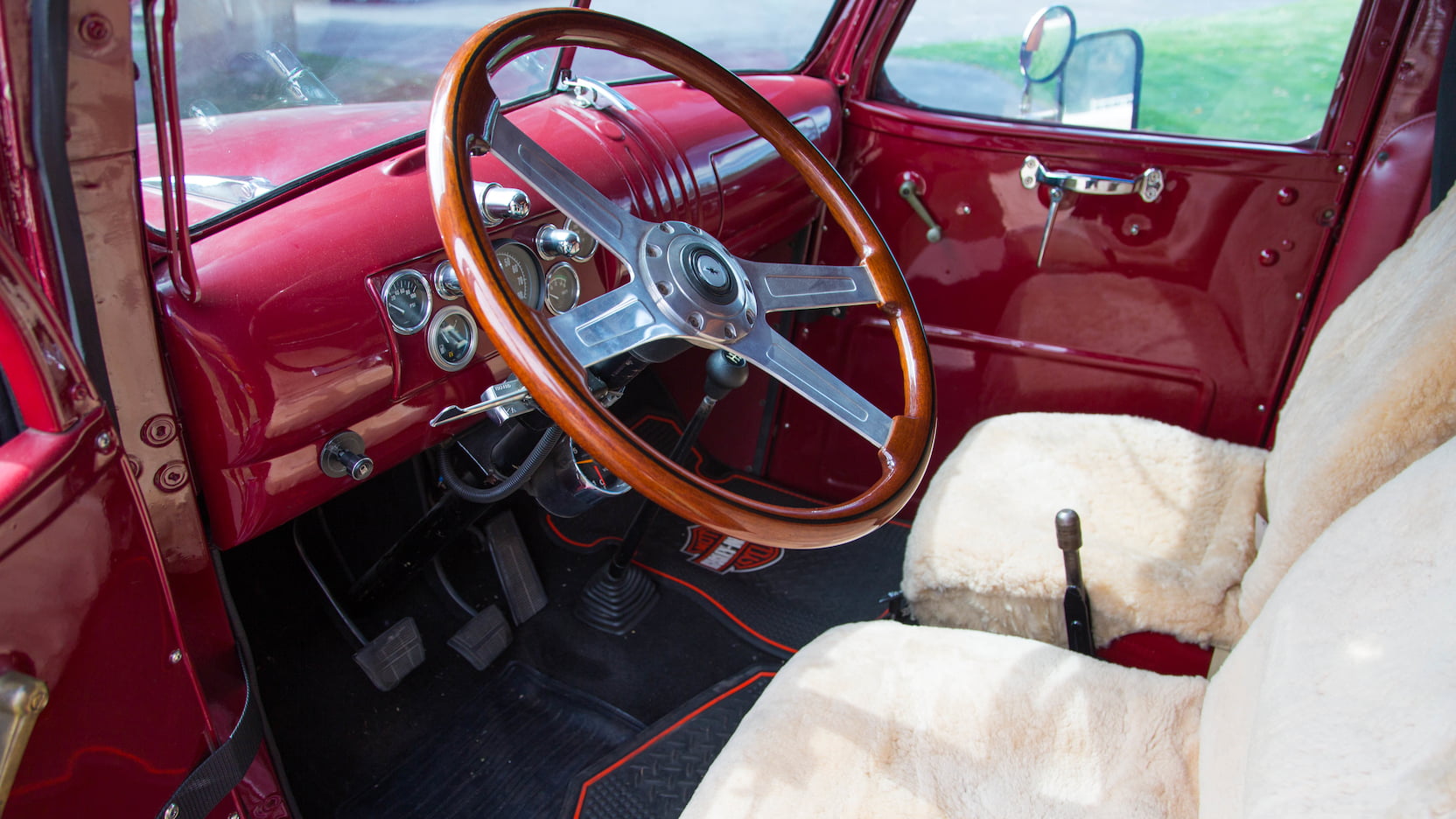 The wood rim sports steering wheel is a nice touch.

(All pictures of the Chevrolet G-7117 camper courtesy Mecum auctions).