If you spend a fair bit of time at a desk, probably sipping coffee or tea to keep your gray matter working as you plow through your “To Do” list, then a Stirling engine might be one of those items you might like to have to provide some brain stimulation while you work. A Stirling engine serves as a coffee heat indicator – if its working the coffee is hot, and if its not the coffee is not. Of course a Stirling engine can do a lot more than making your coffee entertaining, but one of the easiest ways to understand how this technology works is to get yourself a coffee or tea powered one and watch it at work for a while.

In the video below from Michael S we will learn how a Stirling engine works, and also how it detects the temperature of your coffee.

With Christmas coming you might think that one of these would be and ideal gift for the person who has everything – except for a coffee or tea powered Stirling engine that is. There are some nice quality ones available from Böhm Stirling-Technik, and cheaper ones from Amazon.

The story of the Stirling engine began in 1816, and back then it was not invented to be a hot coffee indicator, but an industrial engine for use in factories, foundry’s, mines and quarries. It was intended to fill the same sort of role as the steam engines of the time, but without the danger inherent in having a boiler containing steam under pressure. Early steam boilers had a bit of an inconvenient tendency to explode if they were not carefully maintained and managed. So in the period before steam boilers were perfected the idea of having an engine that did not require a potentially dangerous boiler was an attractive idea.

The Stirling engine was invented by Scotsman Robert Stirling, who came from a family of technically minded people. Although air engines already existed by the time of Robert Stirling’s invention his engine was different in that his used a closed system with a “Regenerator” heat exchanger.

Robert Stirling’s first design used a connection between the hot and cold cylinders: this was his “Regenerator” heat exchanger. (Picture courtesy Robert Wheeler).

Robert Stirling worked to improve on his original design and his “beta” second model used the same principles, but arranged in a more coordinated way.

The Stirling engine proved to be a fairly viable design but was let down by the metallurgy of the time period in which it was first made. To work efficiently the engine needed to be able to work reliably at high temperatures, and with a significant temperature difference between the hot and cold parts of the engine. The metallurgy of the time could not produce steel that would be able to cope with this over long periods of time in industrial applications. While the Stirling engine could not be made to be reliable with the materials available back then, steam boilers were progressively being made better and better until they became regarded as safe and reliable. Thus it was that the steam engine became the standard, and the Stirling faded into obscurity for a while.

Modern Use of the Stirling Engine 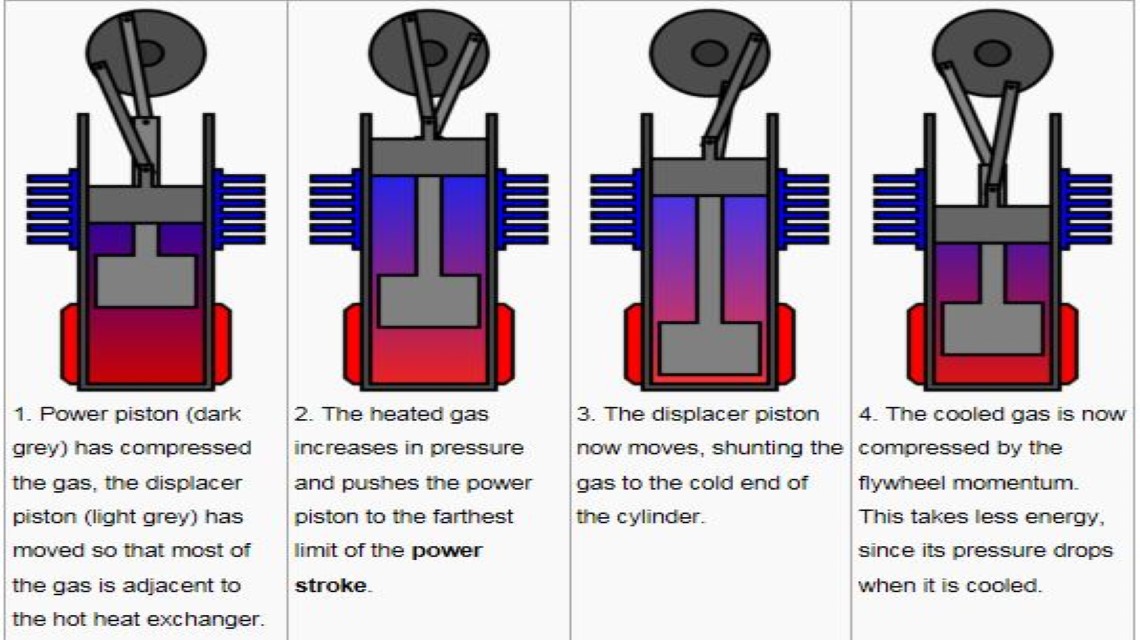 Saab Kockums first trialed a Stirling engine in one of their submarines in 1988. Because the heat could be supplied by a store of liquid oxygen and diesel fuel, and the cold by seawater, the engine could be used underwater without the need for the submarine to rise to periscope depth and put up a snorkel. With the Stirling engine the submarine could remain submerged for weeks on end, almost like a nuclear powered boat. 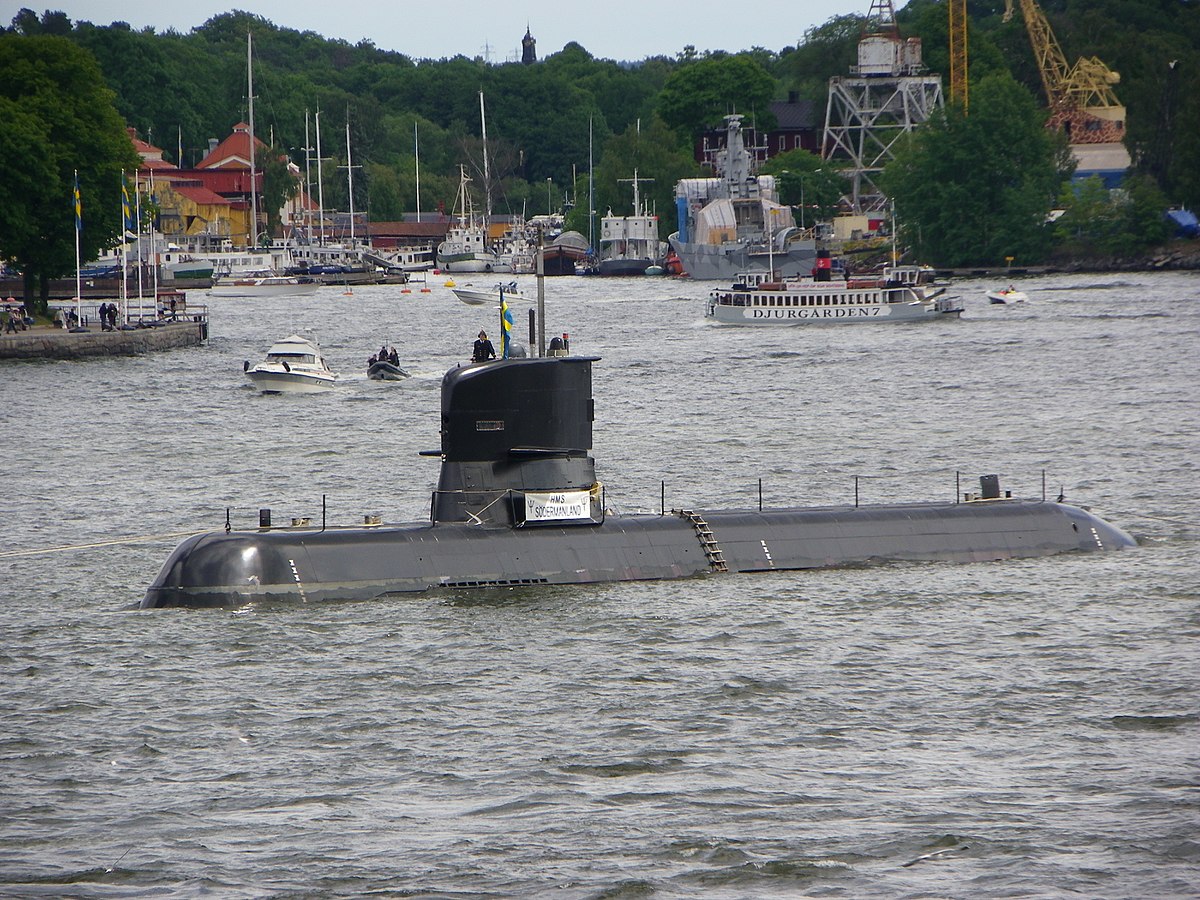 Nowadays Stirling engines may be used with solar power providing the heat, and can be used with pretty much any sort of fuel no matter how dirty or damaging it might be, because the fuel does not enter the closed system and therefore cannot damage it.

Robert Stirling’s engine was not an immediate success. Robert Stirling himself went on to become a minister of the Church of Scotland, while his invention drifted into obscurity for a time. But after his passing the technology he created was re-discovered and put to work in ways Stirling could not have envisaged. So if you do get yourself a Stirling engine coffee temperature indicator, or a train set, you’ll be using technology that despite its 1816 birth-date, powers some of the more advanced high-tech devices in the world.