Motorcycles are fun, they’re fun to ride and fun to tinker with. However, I discovered a while back that they’re not so much fun the first time your son tells you “Hey Dad, I just bought a motorcycle”. All I had to do was remember back to the idiot things I did on a motorcycle when I was his age to suddenly realize that maybe him having a motorcycle was perhaps not something I really wanted to happen. At the time we were living in a major city in Asia where drivers were not exactly known for their politeness or considerate driving practices (i.e. we were not living in Japan). It was a city where signalling your intention to change lanes or turn is optional, the law says a driver “should” signal, not that he/she must signal. The reason being practical, if you signal your intention then someone will immediately barge in and try to cut you off. Anyway, we needed to pick the bike up with a van as it wasn’t licensed yet. I was delighted when, as we headed off up the road, the van driver popped on his dashboard TV set and began watching a TV game show as he was driving. It was an excellent reminder for my soon to be motorbiking son that the majority of people sharing the roads with him are not actually trying to kill him, they are too busy watching TV to even notice him as they haphazardly navigate their ton and a half of steel along the highway.

I’ve ridden bikes on the road and come off more than once, and had friends have spectacular but happily not fatal mishaps on bikes; the most dramatic being a young friend who bought a Suzuki RE5 Rotary engine road bike for his trip up to the north of Western Australia to take up a job with a mining company. Cruising along the Great Northern Highway he had the misfortune to encounter a big bungarra. Fortunately he was wearing full leathers so, even though he was doing 100 km/hr he was able to lay the bike down before he hit the lizard and not lose his own skin. The bike however hit the critter and bounced into the air before dropping onto the bitumen and bouncing a few more times as it self destructed in quite spectacular style. Prior to that it had been a very pretty blue bike. My friend was glad that the bike had not bounced on him and that the bungarra and the bike were the only road kill of the event. However, when its your own son getting his first motorcycle you don’t want him to have any nasty bike experiences, even mostly harmless ones like that. 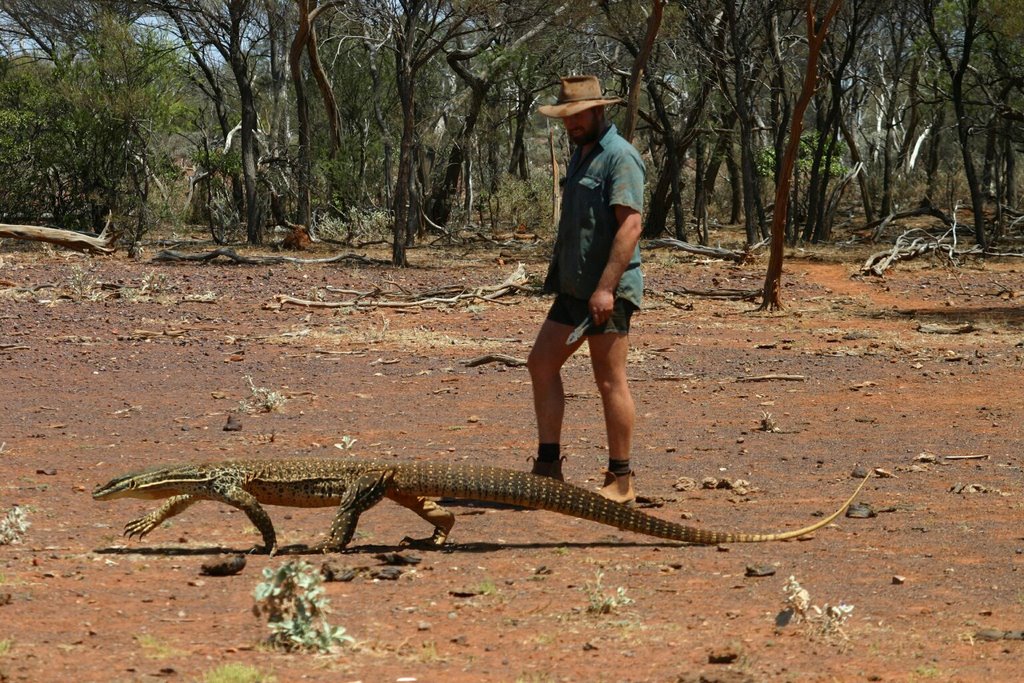 When I head out on a shooting trip though I do like to be able to get on a trail bike and ride around a place to get a feel for it. And if we are serious about getting into what will probably turn out to be the ideal hunting spot then we need to be able to “go where no man has ever gone before…”, well sort of. Most hunters will have a decent four wheel drive and the scratches and dents on it will be testimony to just how motivated they are to find a really good area to hunt in. But there are places where a four wheel drive, including an old beaten up Land Rover with the roof off and the windscreen folded down can’t go. What’s needed then is something like the Rokon Trail breaker two wheel drive bike. It goes places that your beaten up short wheel base Land Rover can’t go. Even the wheels are hollow so this bike floats. You can attach a small trailer for your camping supplies if you want, otherwise there’s room enough for the gear you’ll need and of course provision for a hard rifle boot for your main piece of hunting equipment. I think it would even manage a close encounter of the Bungarra kind and not come off second best. So, even if you’re not planning to go hunting or fishing out in the boondocks this bike is still going to be a whole lot of fun.