The Colt Boa is often thought of as a special version of the Colt Python revolver but, in fact, the Boa was a cross between a Python and a Trooper Mk V. This means that the Boa features the improvements of the Colt Trooper Mk V, including the improved smoother trigger with its shorter lock-time. The Colt Boa is a rare revolver and much sought after by serious collectors of Colt revolvers. The Boa was made in a limited run of only 1,200 revolvers for the Lew Horton Distributing Company in Massachusetts: 600 were made with 4″ barrels, and then 600 with 6″ barrels. The Lew Horton Distributing Company then sold the revolvers through their own outlets.

Original box of this Colt Boa.

Sights on the Colt Boa were a fixed ramp front sight with a fully adjustable rear sight. The grips are very much Colt Trooper Mk V as one would expect as that is the frame the revolver was built on. One hundred 4″ and 6″ barrel Colt Boa revolvers were made and sold as matched sets (i.e. a 4″ and a 6″ sold as a matched pair). These sets are even more rare than the already scarce Colt Boa.

Made in .357 Magnum, just like the Python, the Colt Boa is an excellent revolver in its own right and no doubt there will be debate as to which was superior, the Python or the Boa. Given the improved lock-work of the Boa, inherited from the Trooper Mk V, the Boa might just win the contest. 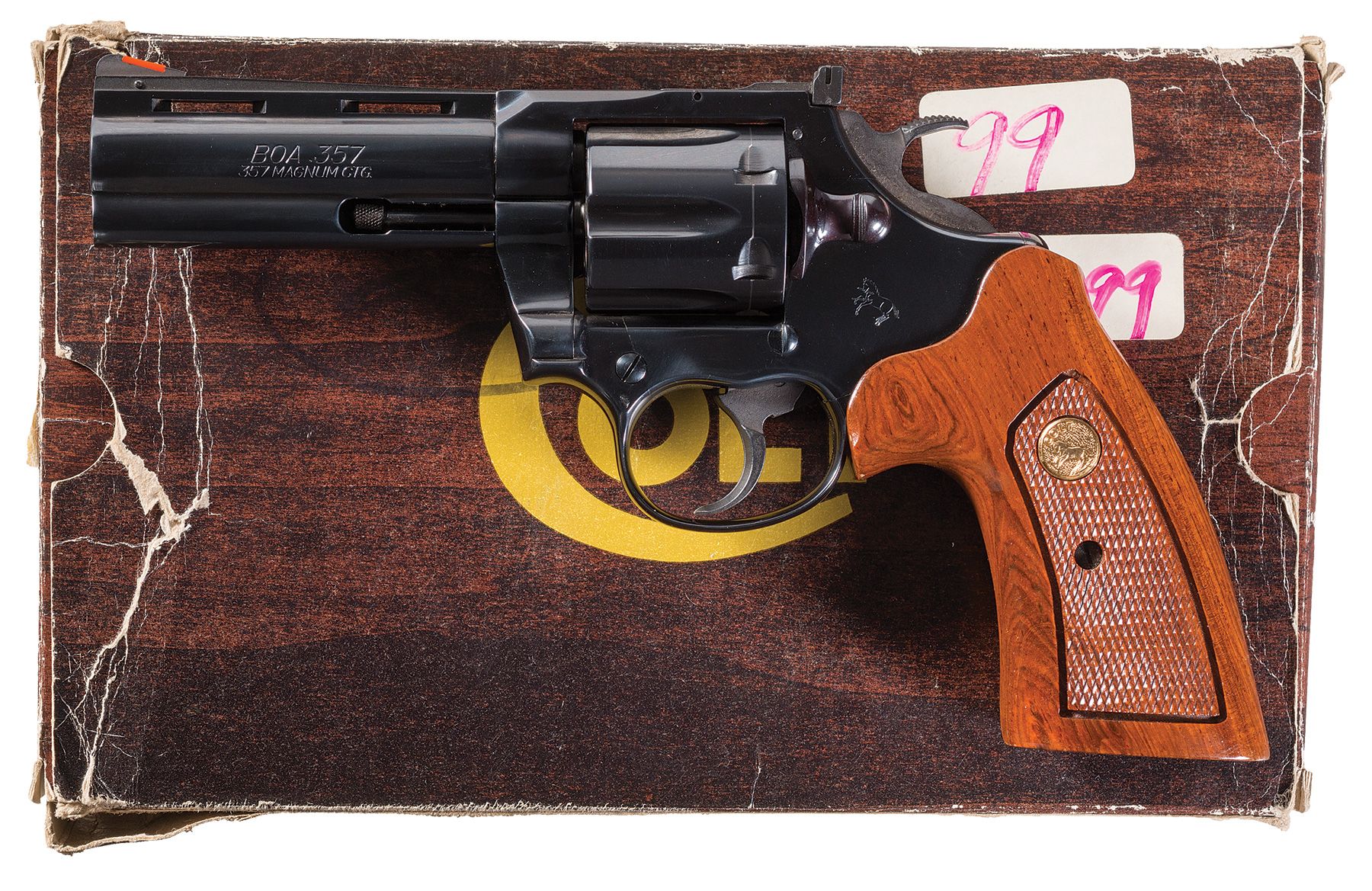 With its improved Colt Trooper Mk V lock-work the Colt Boa may actually be superior to a Colt Python in some respects.

The Colt Boa in our pictures is coming up for sale by Rock Island Auction at their December sale. These revolvers do not come up for sale often so this is an opportunity to acquire one in excellent condition.