The Femaru Model 37 is an unusual but interesting pistol that was made in Hungary from 1937-1944. The Model 37 was based on an original design by Hungarian engineer Rudolf Frommer, the Frommer Stop (also known in three variants as the Pisztoly 12M, 19M and 35M). Frommer’s original design for his Frommer Stop was for a long recoil blow-back action and the Model 37 retained a blow-back action, but significantly simplified and modernized Frommer’s design. The Model 37 appeared about a year after Rudolf Frommmer’s death and it is likely that he had very little, if any, actual involvement in the design of the Model 37. 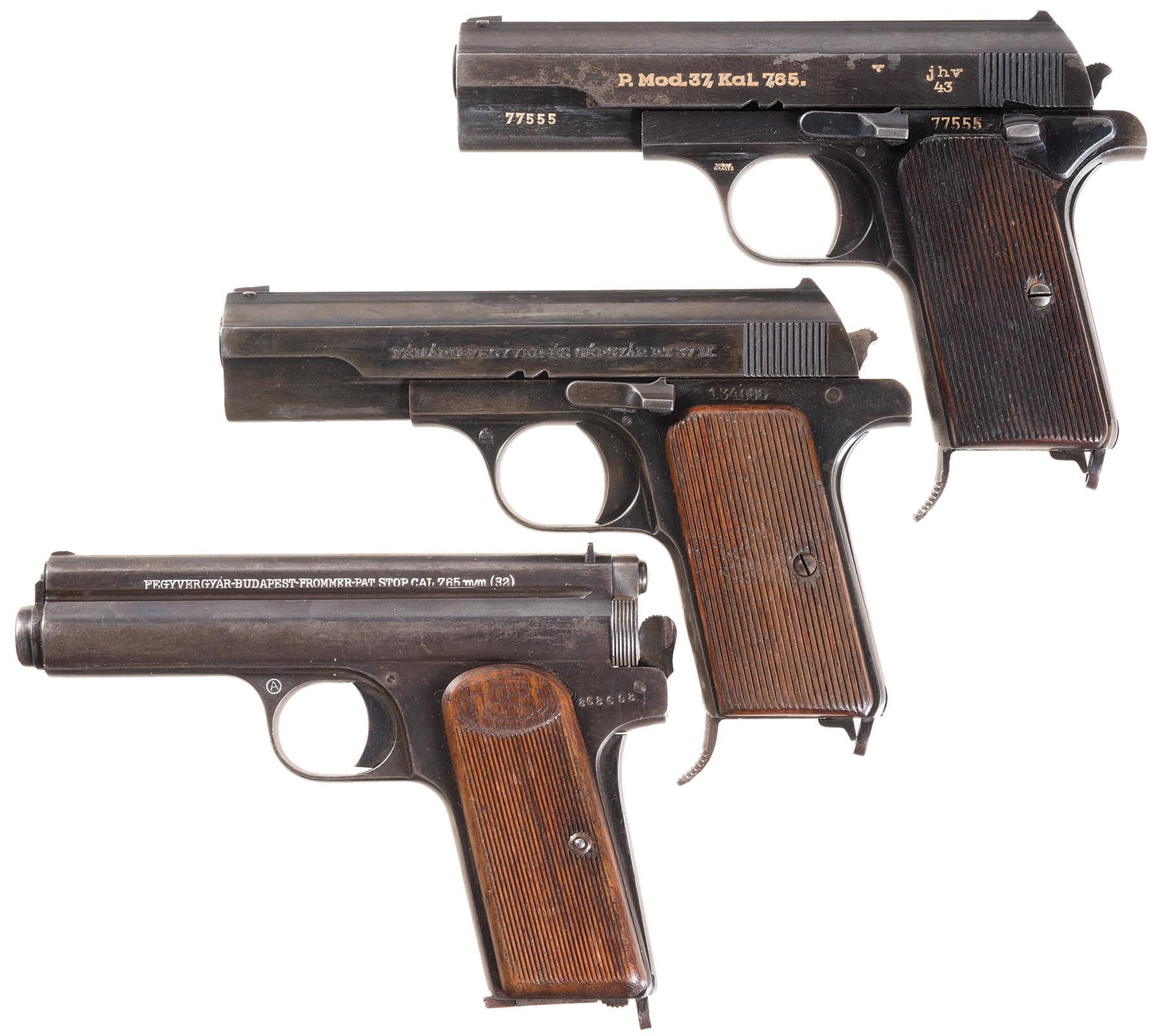 At bottom left is an original Frommer Stop pistol, the design that formed the basis for the later Model 37. Pictured in the center is the Hungarian military version of the Model 37, note there is no manual safety catch but that there is a grip safety. At top right is the variant of the Model 37 produced for the German military, note that it has a manual safety catch in the same place as found on a Colt 1911 and that it retains the grip safety also. (Picture courtesy Rock Island Auction).

The Femaru Model 37 was made by Fémáru Fegyver- és Gépgyár R.T. Budapest, in two variants, one for the Hungarian military and one for the German military.

The difference between the two variants being that the Hungarian Model 37 is chambered for the .380ACP (9mm Browning Short) cartridge and features a grip safety catch only. The German variant of the Model 37 is called the P37 (Pistole 37(u), and chambered for the .32ACP (7.65 Browning Short). There were five variants of the P37: the first was identical to the Hungarian M37 except chambered for the 7.65mm Browning Short; the second was made for the Luftwaffe and is fitted with a manual safety catch much like that fitted to a Colt 1911, in addition to the grip safety. The other variants were the same as the Lufwaffe model but with different markings. (You will find more details on the P37 at Hungarian Weapons if you click here, and for the M37 if you click here. Magazine capacity for the P37 is seven rounds.

The video below from capandball provides an excellent and no-nonsense review of the Model 37 including both operation and field stripping. It is in Hungarian, but those who don’t speak Hungarian will find it easy to understand because the visual instruction is so clear. (Note: the pistol that features in this video appears to be one of the rare C prefix variants. These have a “C-” before the six digit serial number).

As can be seen in the above video the barrel of the Model 37 is locked to the frame of the pistol by four small lugs under the chamber area. With the barrel and slide assembly removed from the pistol the barrel is rotated through 90° which disengages the front locking lug and the four small locking lugs under the chamber area allowing the barrel to be removed. When the assembled pistol is fired the barrel does not move or unlock as the action is simple blow-back. This is perfectly safe as the pistol is only chambered for lower powered cartridges that work well in blow-back actions. The fact that the barrel is fixed can also contribute to accuracy. An example of a simple blow-back action with fixed barrel being used to produce optimum accuracy was the Colt 1911 Gold Cup target pistol made in .38 Special Mid-Range (i.e. .38 Special firing wad-cutter bullets). You’ll find the Revivaler post on that pistol if you click here.

The Femaru Model 37 certainly bears some resemblance to John Moses Browning’s designs and looks a bit like a scaled down M1911. 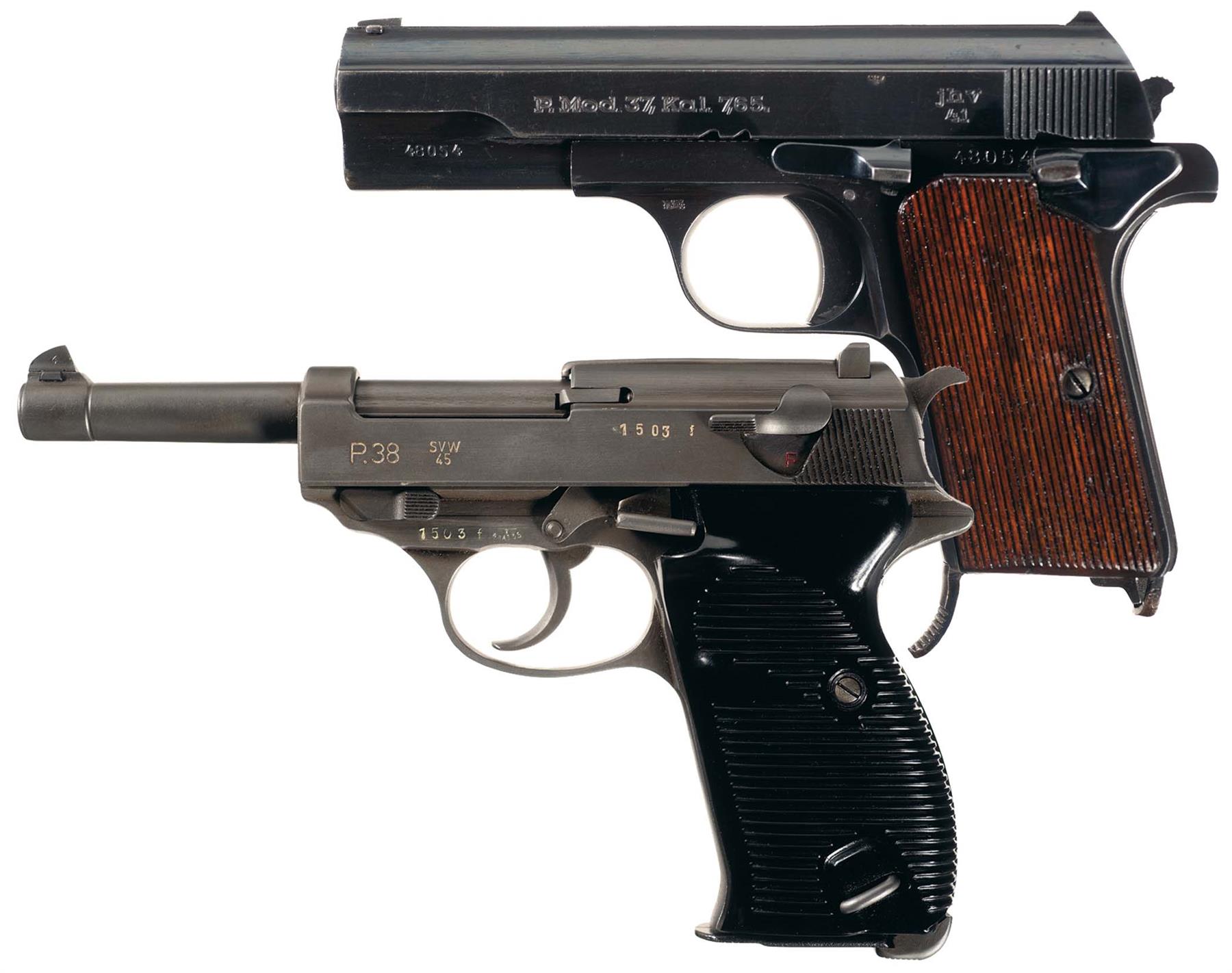 The Femaru Model 37 by comparison with the Walther P38. The Model 37 is more compact and was favored by air crew members. (Picture courtesy Rock Island Auction).

The Femaru Model 37 is one of those guns that you don’t often come across, despite the fact that about 185,000 of them were made. Oftentimes if one is sitting in a gun-shop counter display case most people will mistake it for a small Colt. For the pistol collectors amongst you however one is coming up for sale by Rock Island Auction in January 2018. 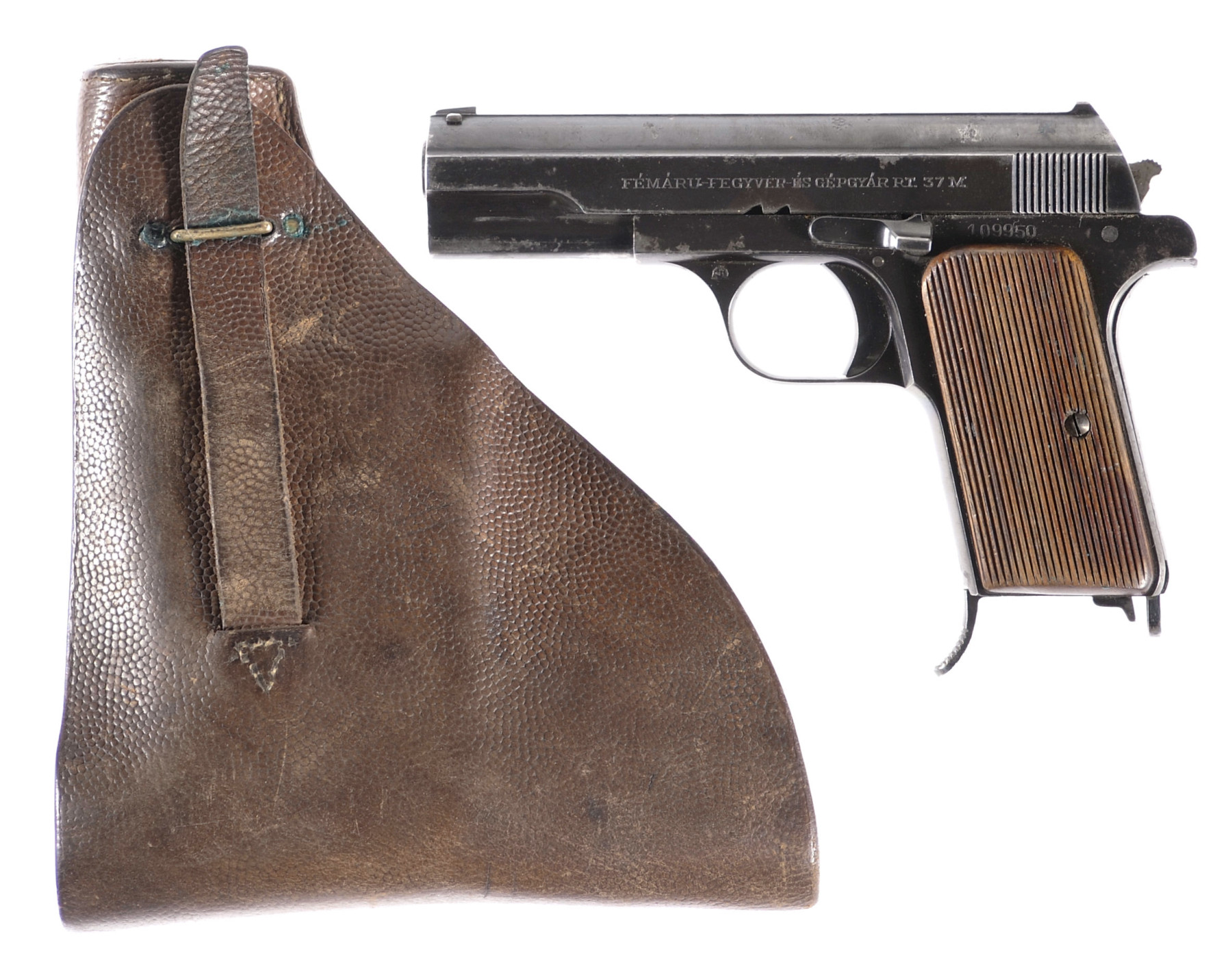 Femaru Model 37, Hungarian version, that is coming up for sale by Rock Island Auction on January 11th, 2018.

The Femaru Model 37 coming up for sale by Rock Island Auction on January 11th, 2018, is a Hungarian version (i.e. it does not have a manual safety catch but only a grip safety, and is chambered for .380 ACP).

The condition of the sale pistol is described by Rock Island Auction as: “NE – GOOD: in working condition, finish 40% – 79%. Includes leather holster and two “7.65” marked magazines. One magazine is missing follower and spring.” 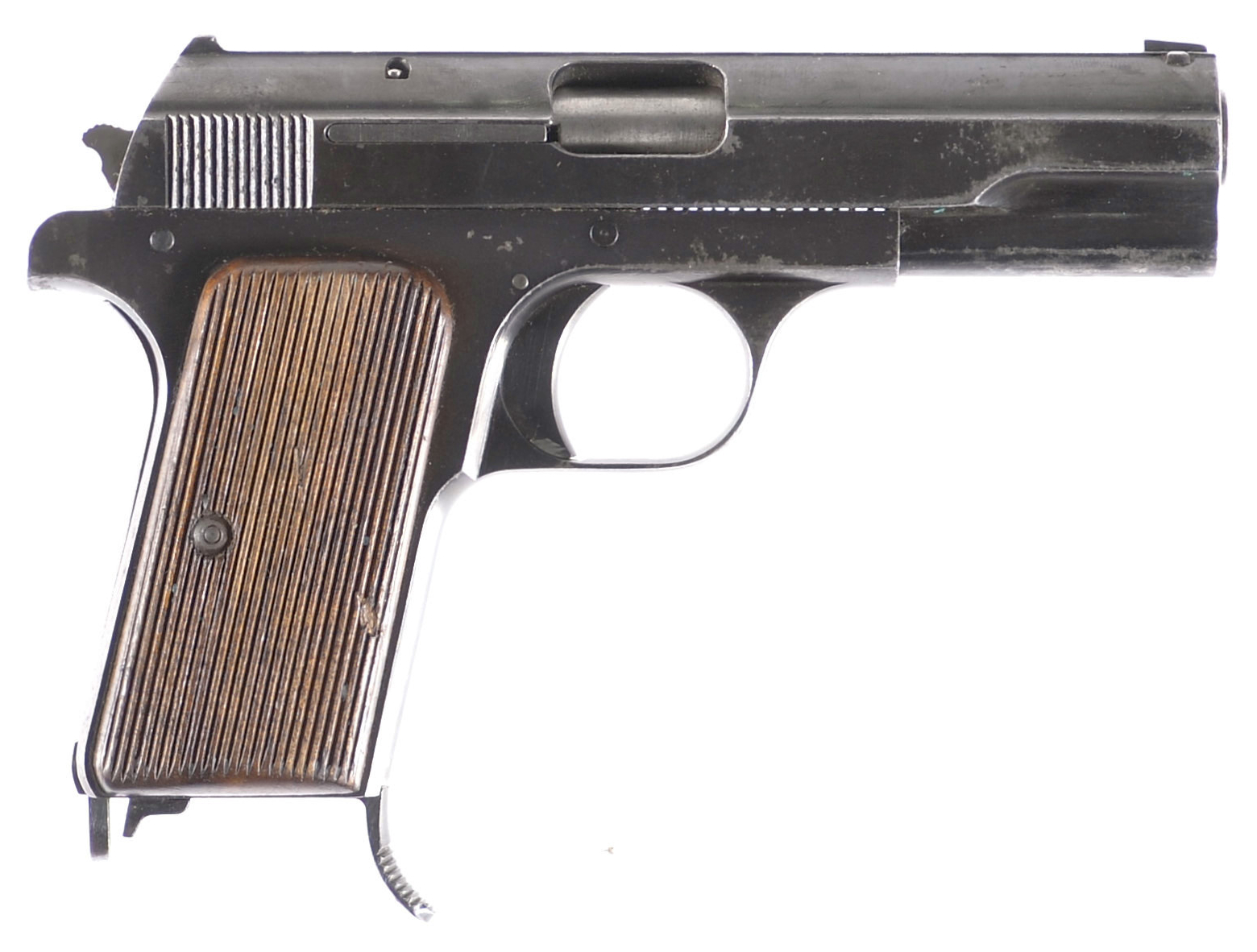 Right side view of the Hungarian Femaru Model 37 coming up for sale by Rock Island Auction.

The Femaru Model 37 was a reliable compact pistol that served well for both Hungarian and German forces throughout the Second World War. They are highly collectible and, as long as they’re in good condition, enjoyable to shoot.

(All pictures of the sale pistol courtesy Rock Island Auction. Other pictures as marked).