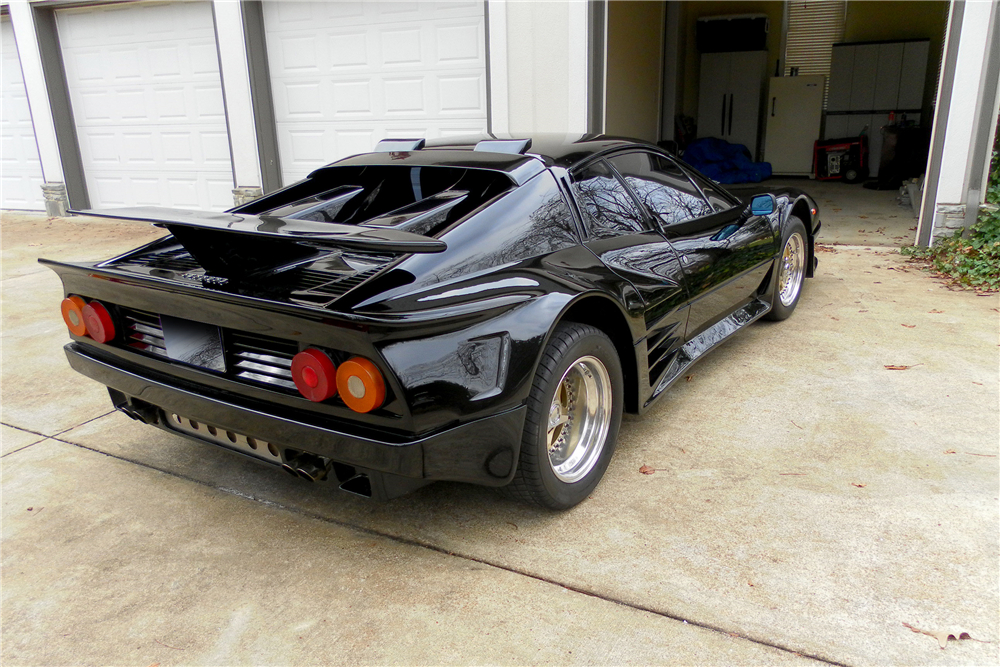 Though there are those who decry Willy Koenig’s bodywork modifications this Koenig re-modeled Ferrari 512BB looks purposeful and pretty. The rear spoiler and rear wing blend in nicely. (Picture courtesy Barrett-Jackson).

Koenig’s work on Ferrari 512BB cars was entirely bespoke according to the customer’s requirements. The extent of that work on this car which is coming up for sale by Barrett-Jackson at their Northeast auction to be held over 23-25 June 2016, is not described on the sale page and so a prospective buyer would have to contact them and make those inquiries personally. The car has the full Koenig body kit treatment with an extended nose and front spoiler to improve down-force at speed, and the rear end widened by about a foot to accommodate the 345/55VR1 rear tires. The standard Ferrari 512BB had 240/55VR15 all around but the Koenig versions required fatter 345/55VR1 rear tires to cope with the engine’s increased power, and had the front tire size reduced to 225/50VR15.

The Koenig modified body panels were made of fiberglass and sometimes epoxied onto the original panels. So they are light and strong but if an owner wanted to restore this car to it’s original form the work would likely be difficult and expensive. 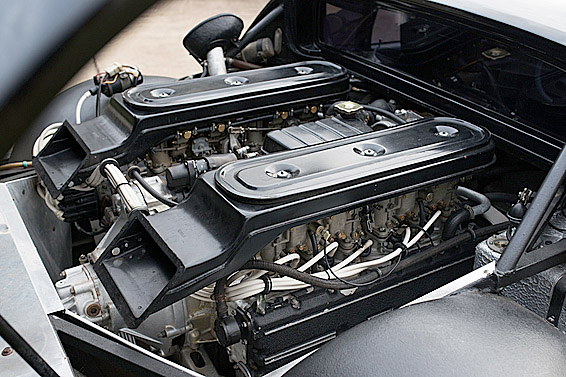 The extent of the engine modifications to this sale car is not stated on the car’s sale page. (Picture courtesy Barrett-Jackson).

The stock Ferrari 512BB V12 engine produces 360bhp and Koenig modified non-supercharged carburetor equipped engines tend to produce up to 450bhp in a road car usable form. So those 345/55VR1 rear tires are needed to keep the car’s power under control. 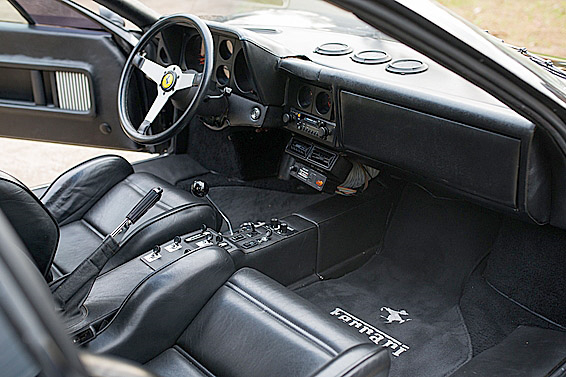 Willy Koenig offered complete custom interiors for the cars he re-modeled. This sale car appears to have the standard Ferrari 512BB interior however.

This Koenig modified Ferrari 512BB has been legally imported into the USA and has all the necessary supporting documentation. The car is listed as having 20,200 kilometers on the odometer and is said to be in completely original condition, having been sent to Willy Koenig’s workshop directly from the Ferrari factory.

Willy Koenig used only the finest parts and materials in his creations and this car is no exception to that. The work has been done to the highest standards. 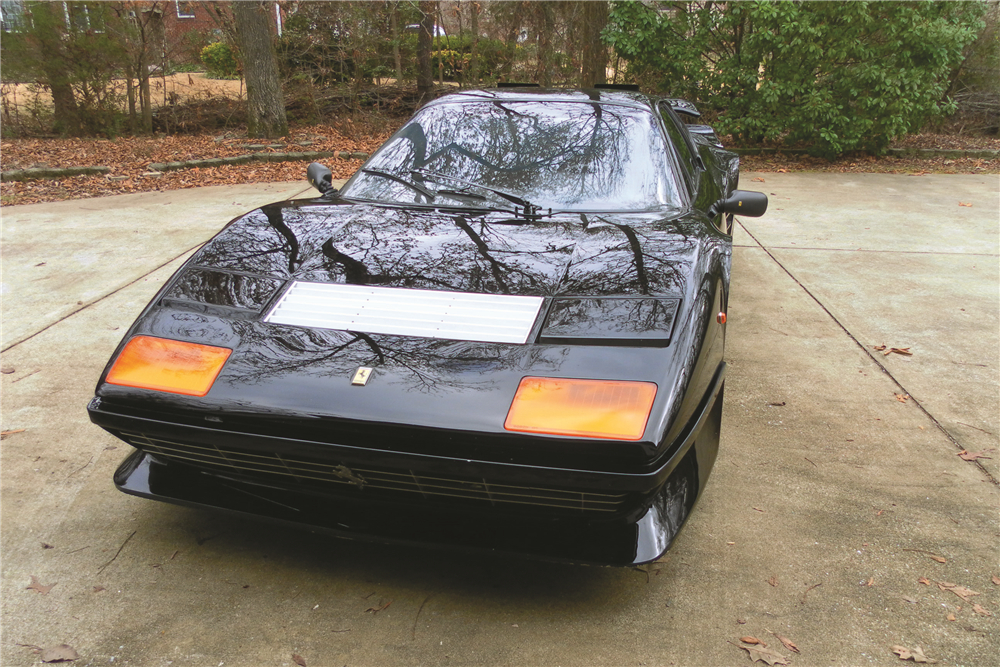 You will find the Barrett-Jackson sale page for this car if you click here. 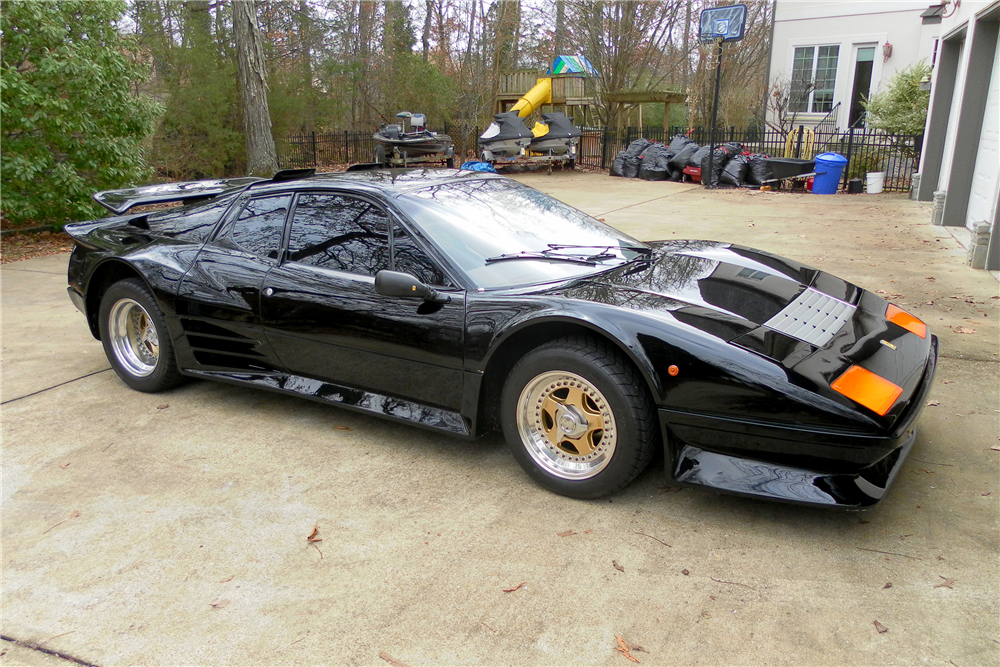