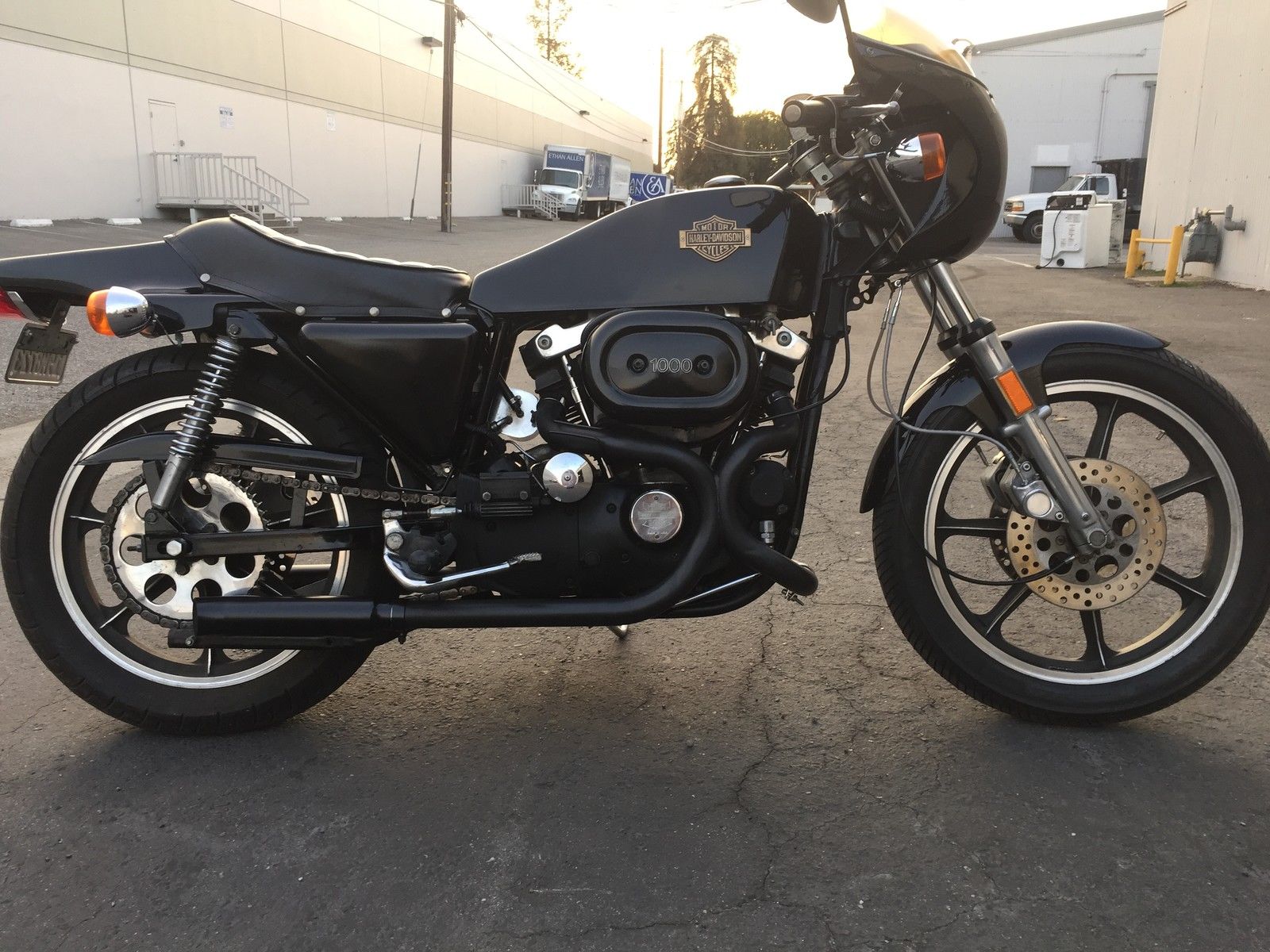 With its long slim tank and big V twin engine the Harley-Davidson XLCR looks like a modern day Brough Superior.

When Harley-Davidson’s designer Willie G. Davidson set about the creation of this café racer Harley I really don’t think he had the traditional light and lively British café racer in mind, or perhaps only in the back of his mind. What he set out to create was a bike that was based on existing Harley-Davidson parts, but built in the café racer style to some extent. What he produced was a bike that people did not immediately appreciate because they were trying to fit it into either the traditional café racer box, or the big lazy Harley-Davidson box. But this bike simply doesn’t actually fit in either of those boxes – it fits in the modern “Brough Superior” box, and I’ve never come across a review that sees it in that light. 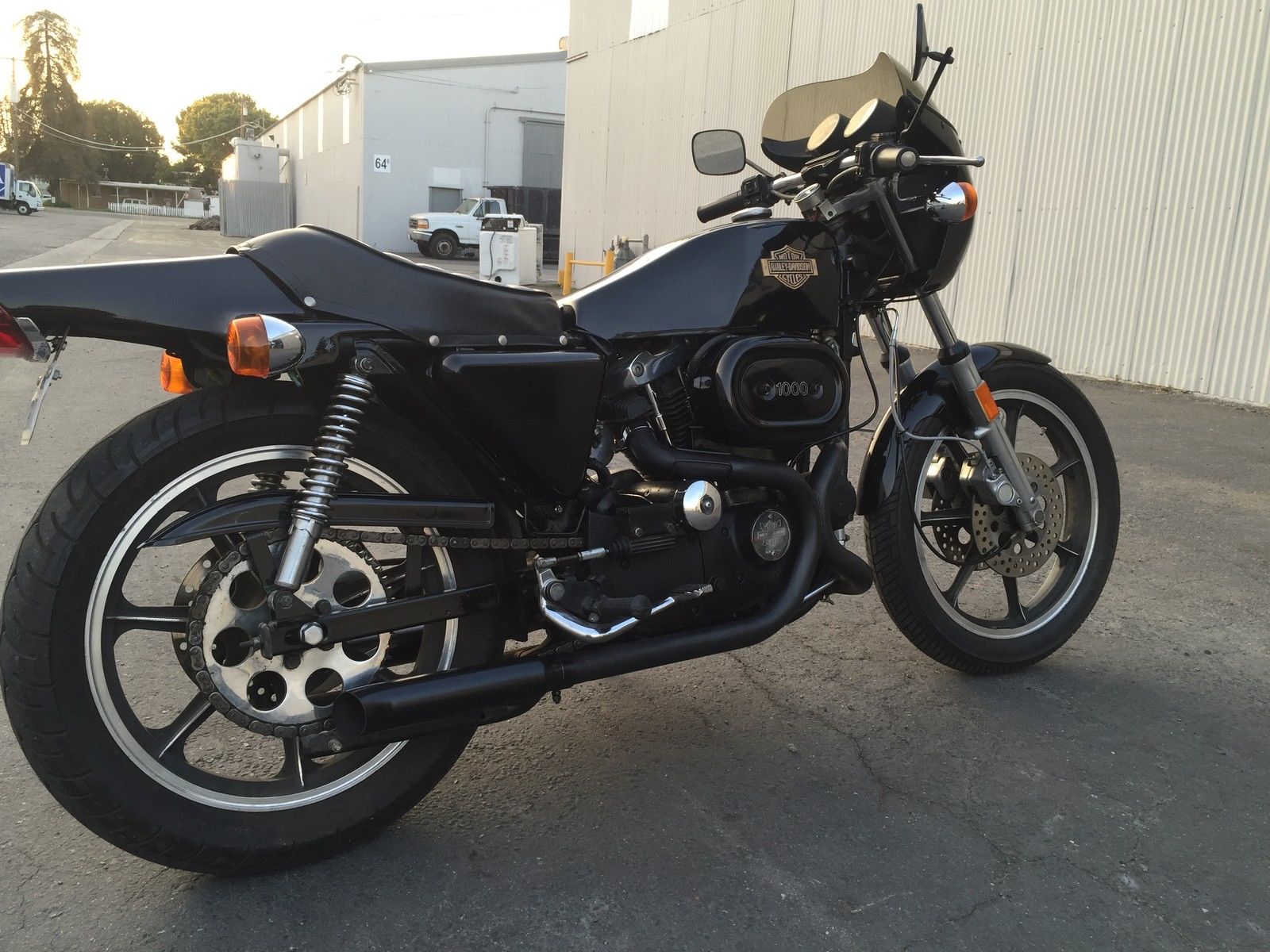 The black paint work and minimalist styling present this as a bike with classic appeal yet it re-defines what we think a Harley-Davidson should be.

Back in 1977 when the XLCR first appeared a reviewer at Cycle World found the secret that has made this bike an enduring classic. He said “As a motorcycle, the XLCR has not much merit.  As an adventure, the XLCR has no equal.” The sleek looking seat is said to be only comfortable for 20′ or so, the handling of that long chassis has been described as narcoleptic, the braking which should be very efficient with those twin front discs and single rear disc has been described as “wooden”, and the engine vibrations of that gorgeous sounding Harley-Davidson V Twin have variously been described as anything but “good vibrations”. But if I wanted a 1976 Moto-Guzzi Le Mans then I’d go and buy one. But I wouldn’t, I’d buy the “adventure” that the XLCR represents. I’d buy this modern day “Brough Superior” with all its handling and braking quirks and vibrations and its head turning looks. One reviewer said of it “a bike like this stands out like a hooker at a convent school speech day.” 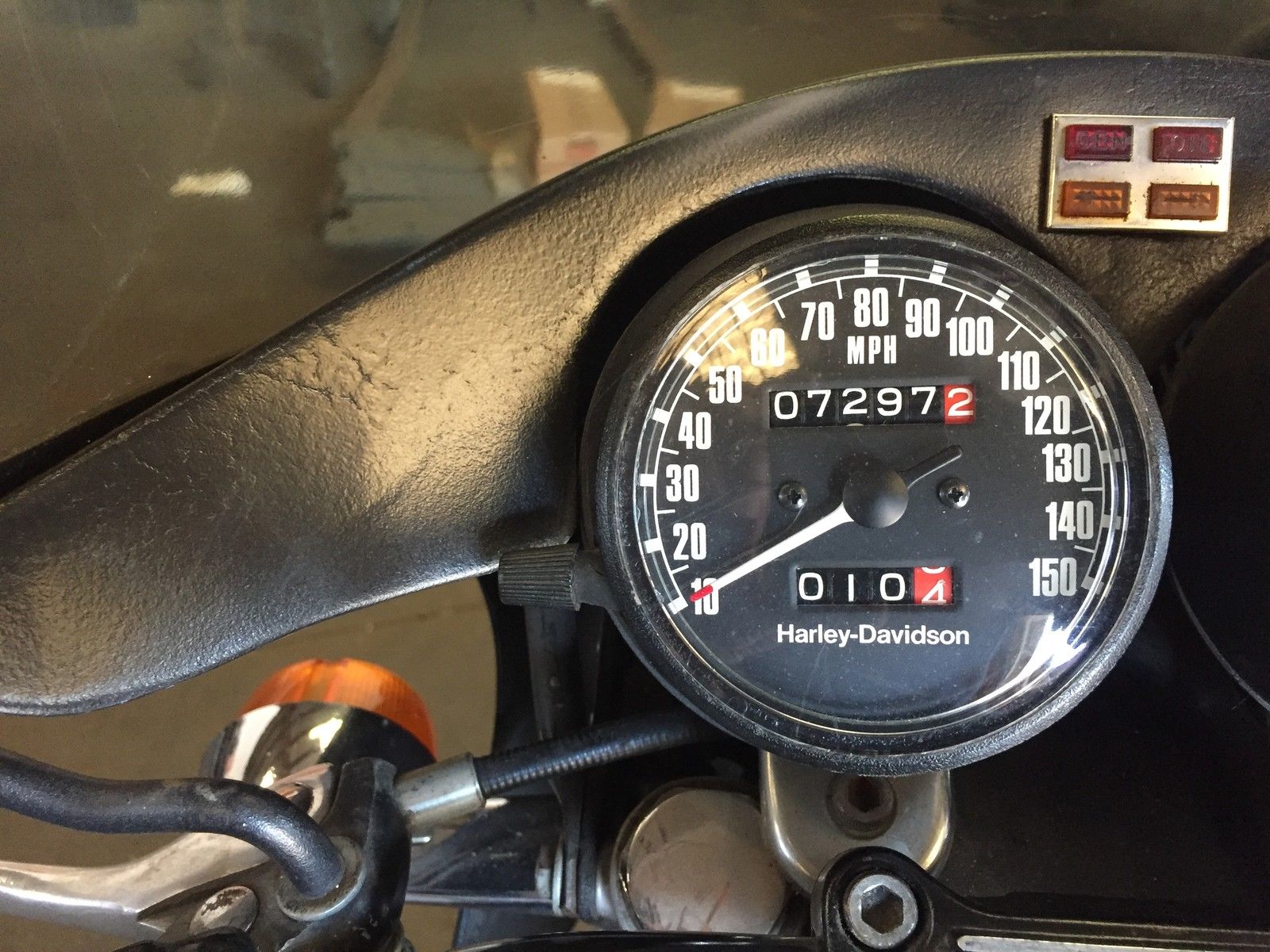 The XLCR can get up to around 120mph depending on the state of maintenance of the engine. The engine vibrations at and above 70mph are very noticeable and as you get up over 90mph the front end starts to feel light – like a Jaguar E Type as you get up around 140mph.

If you are looking for a café racer to really ride and exploit its handling and power then the XLCR is not for you. But if you, like T.E. Lawrence, are riding purely for the enjoyment of riding and you’ve simply fallen in love with the look and the feel such that the faults really don’t matter then this might just be the classic bike for you. If you really don’t care how big or small your chicken strips are because you just ride for pleasure then this is a bike that serves up riding and owning pleasure in abundant proportions. 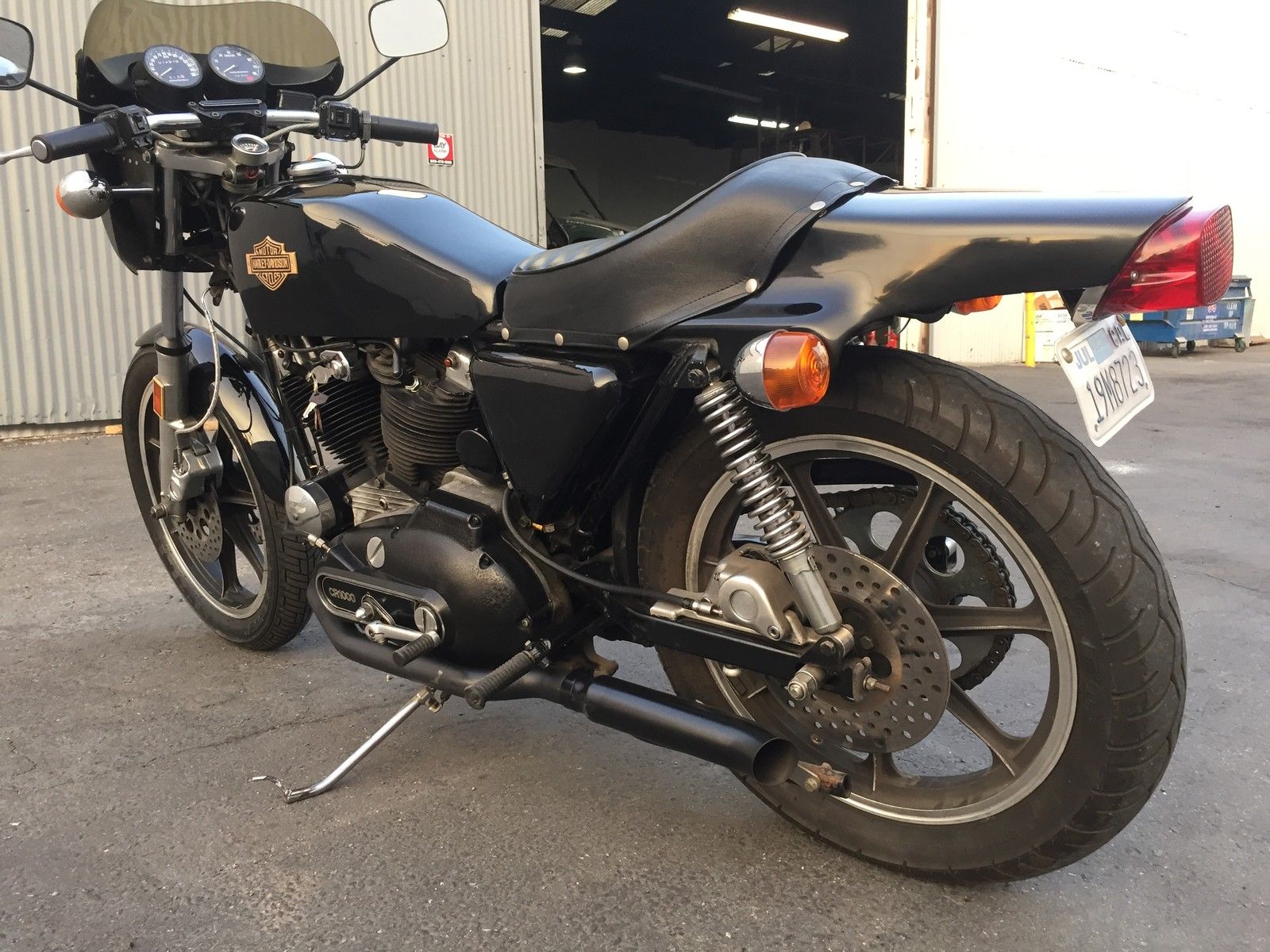 The XLCR has looks that you just have to fall in love with.

At time of writing there are two Harley-Davidson XLCR motorcycles up for sale on eBay, the one in our pictures and another one.

You will find the sale page for the bike in our pictures if you click here.

You will find a different Harley-Davidson XLCR if you click here. 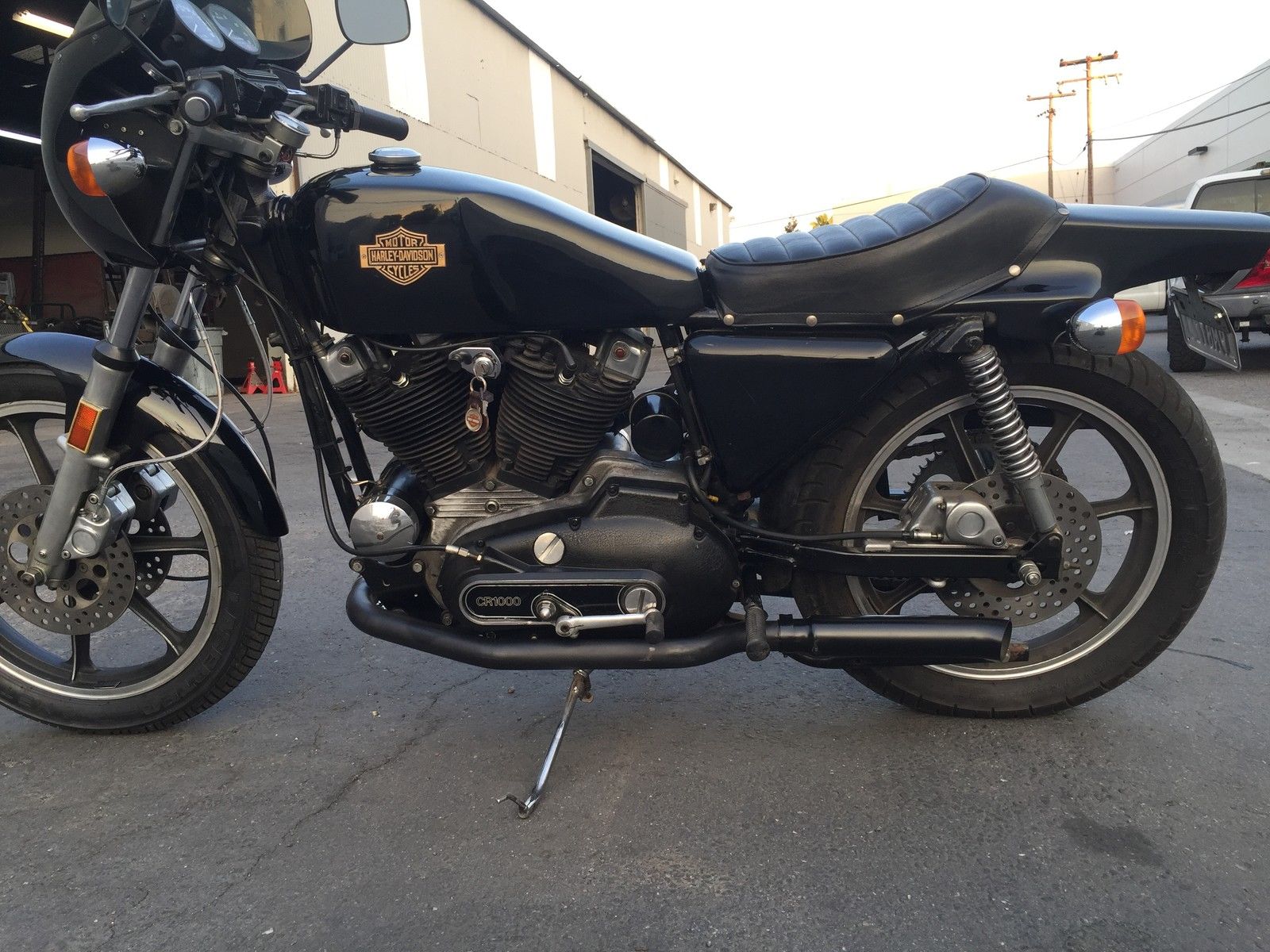