Helle knives come from Norway and have established a reputation for reliability and a sharpness that endures hard use. Helle use a triple layer stainless steel construction essentially creating a knife blade with slightly softer and resilient side panels wrapped around a hard core.

The Helle Futura seen here with leather sheath and in featured image at the head of this post is a knife of choice for hunters dealing with deer size game on up. (Picture courtesy Helle).

Some models of the Helle knives use a rod and screw method of fixing the blade to the handle whilst others use a full tang for the even higher level of ruggedness that provides. 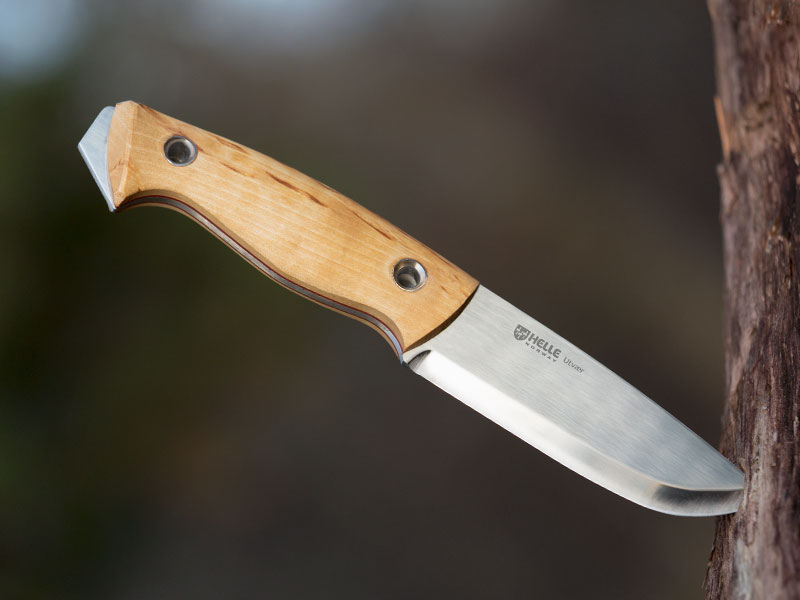 Reviews of Helle knives tend to be almost universally positive. Prices are not cheap but the old adage says “you get what you pay for” and with a Helle knife you tend to get rather better than you pay for.

You can conveniently purchase Helle knives from Amazon if you click here.