The car will be auctioned by Anglia Car Auctions in the UK on Saturday 9th April 2016 and you will find the auction page if you click here.

So this represents an opportunity to acquire a rare right hand drive Lamborghini Urraco P250 as a restoration project either as a keeper or as a money making project. 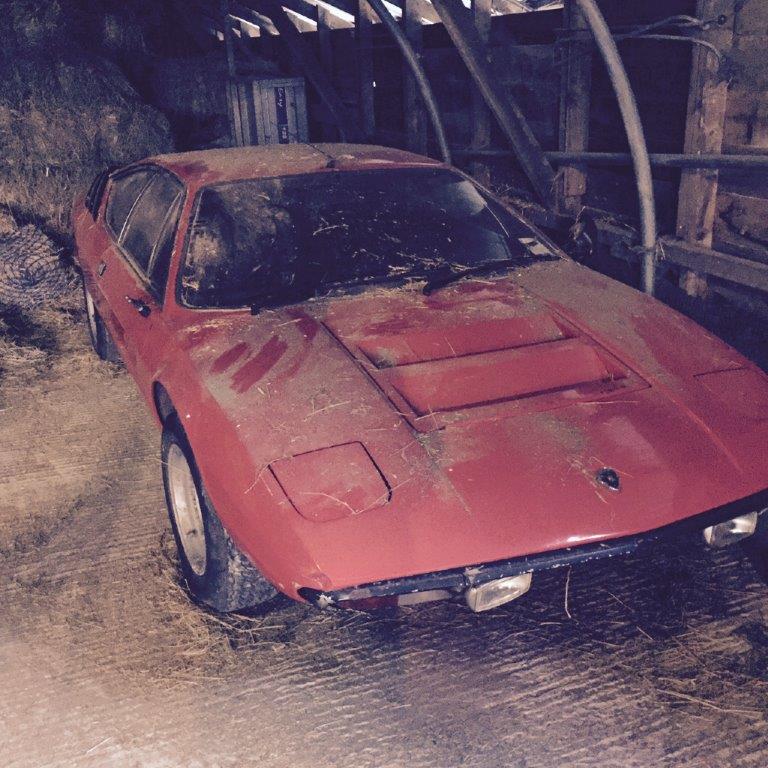 The Lamborghini Urraco was originally conceived by Ferruccio Lamborghini as a less expensive car to compete directly with the likes of the Ferrari Dino 246, Porsche 911 and Maserati Merak. The car was first shown at the Turin Motor Show in 1970 to gauge interest and went into production between 1973-1979. Designed by Marcello Gandini of Italian design house Bertone the car is an unmistakable seventies Lamborghini with its transverse mounted V8 engine in the rear mid position. 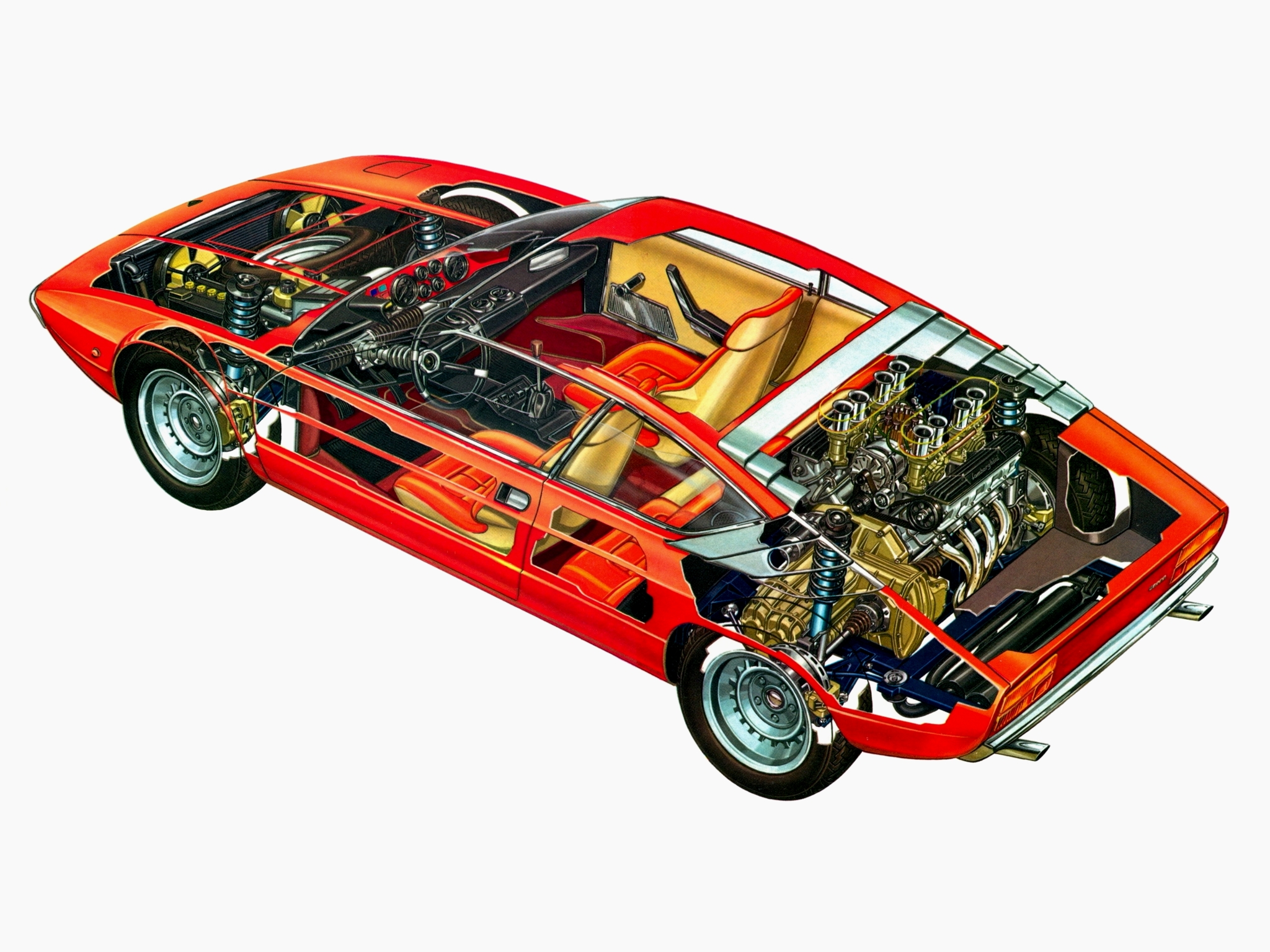 With its engine in the transverse rear mid position the Urraco shares a similar heritage with the Muira, but is a 2+2 like the Espada. (Picture courtesy wallpaperup.com). 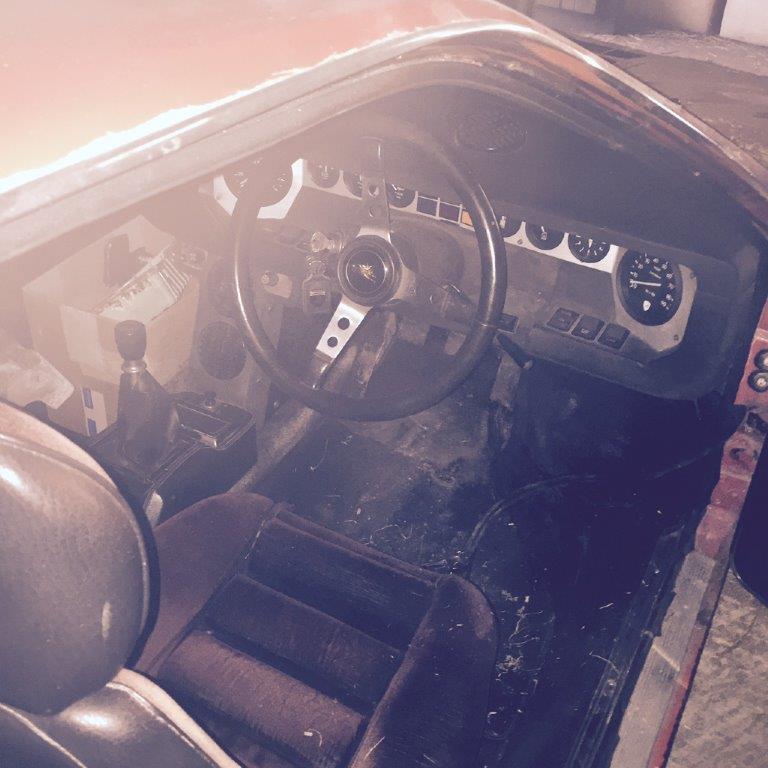 The interior looks to be complete and in reasonable condition. (Picture courtesy Anglia Car Auctions). 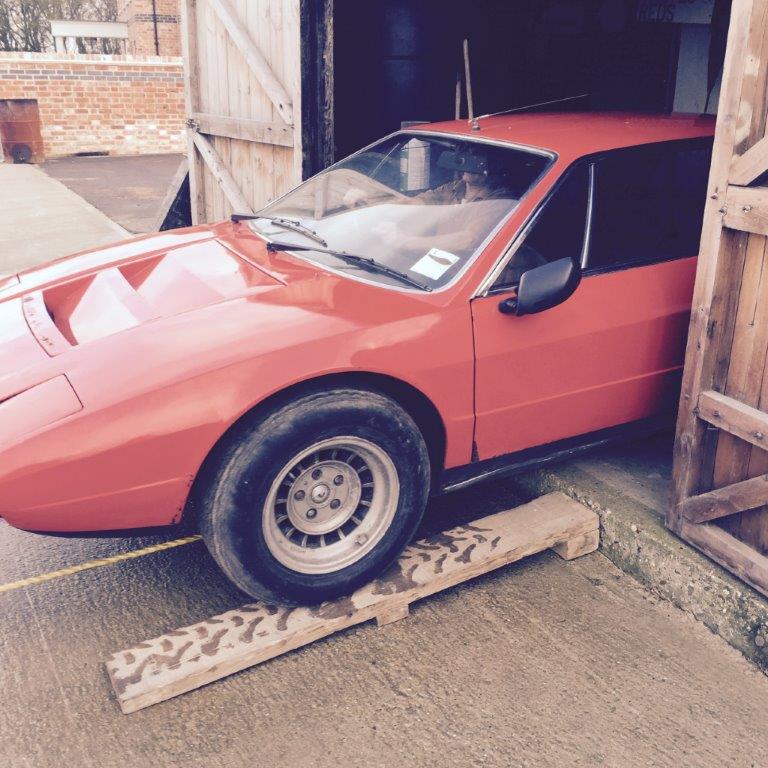 This particular car is an early production model and as such is subject to the criticisms leveled at the Tipo I and Tipo II cars; the quality of the construction was not up to the very high quality expected of Lamborghini cars and the driver ergonomics were similarly not as well done as one would expect of a car wearing the Lamborghini fighting bull. The later Tipo III cars addressed the quality control issues prior to production ending in 1979. So this is an interesting Lamborghini, but it isn’t an iconic Lamborghini. Competently restored it will actually be rather nicer than it was when delivered from the factory. It could be restored into a very nice touring car – which was its original design brief. The P250’s V8 engine features a timing belt which should be routinely replaced. The P300’s V8 has a more reliable timing chain.

So, this is a genuine barn find car with the potential to be re-built into something rather better than factory spec. Is it worth it? The Lamborghini V8 engine sounds fantastic and the car will handle as a Lamborghini should. But if you do buy it to restore expect a nice touring car with an exciting edge to it as the completed result, not a super car.

This is how the barn find car could look after a competent restoration. (Picture courtesy lambo.dk).

You can also find this barn find Lamborghini Urraco P250 on BarnFinds.com if you click here.