The “Jaguar” SS90 and SS100 are, I think, one of the nicest restoration project cars one could be blessed to acquire. The SS Cars Ltd. SS90 and SS100 stand out amongst the prettiest creations of the pre-war British car making industry. The original Swallow Sidecar & Coachbuilding Company, were taken over and liquidated before the founding of SS Cars in 1934. By 1935 the cars were being described as “SS Jaguar”. SS Cars found itself in need of a new name in the approach to World War II as Adolf Hitler’s Nazis and their SS made the initials “SS” not an attractive thing any more. Thus it was the company was re-named Jaguar Cars Limited on 23 March 1945 and made their way into car marque history. 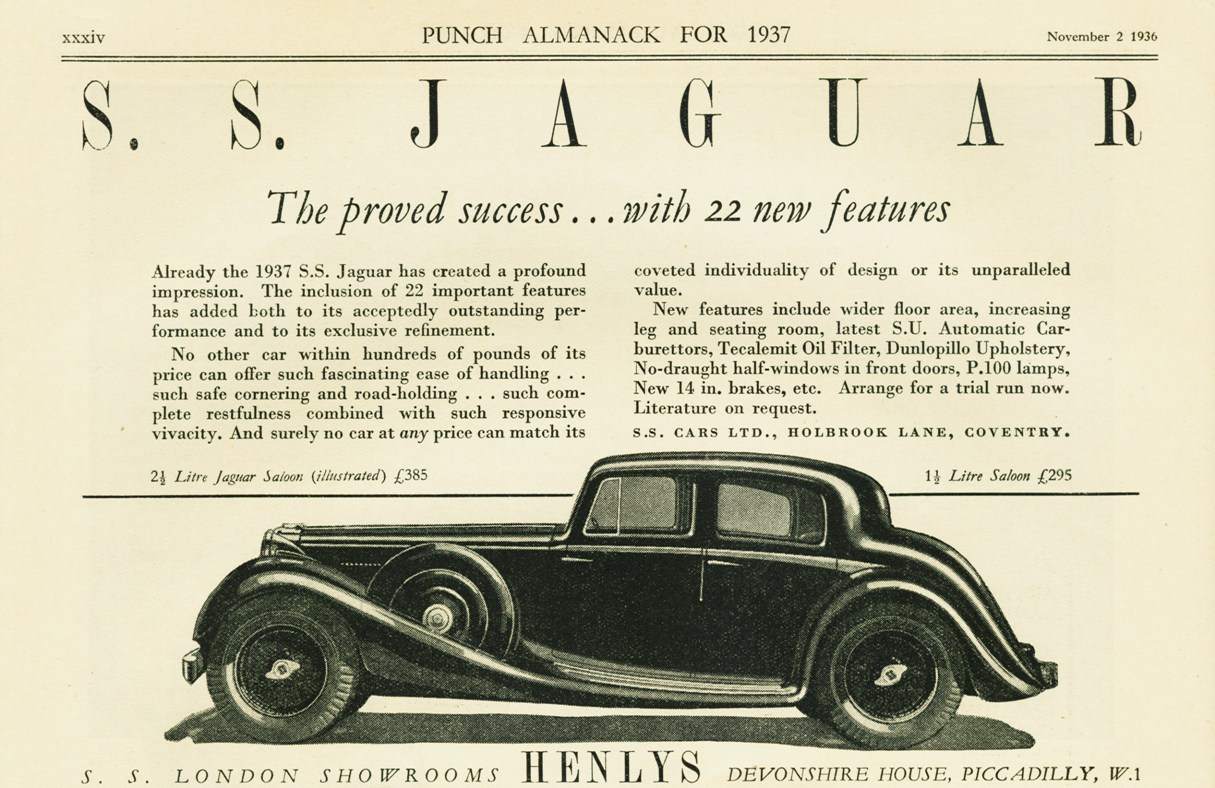 The SS90 first appeared in1935. It featured a 2½ liter (2663cc) six cylinder engine producing 68bhp. The engine compression ratio was 7:1 and it had twin RAG carburetors. Pretty and fun to drive as it was it would seem the sporting car enthusiasts were a tad disappointed in the performance and so it was in 1936 the SS100 was born.

The SS100 Jaguar being offered at auction in its pre-restoration condition.

The SS100 featured a newly modified engine with overhead valves and a new cylinder head designed by William Heynes and Harry Weslake that boosted power to 100bhp, and boosted the car’s top speed to 95mph, not quite making the magic “100” despite the name. 100mph would have to wait until 1938 when a new 3½ liter engine producing 125bhp was fitted enabling the car to make the “ton up”.

The two barn finds being offered by Bonhams at their Greenwich Concours d’Elegance Auction on 31st May 2015 are from the estate of the late Geoffrey Howard. 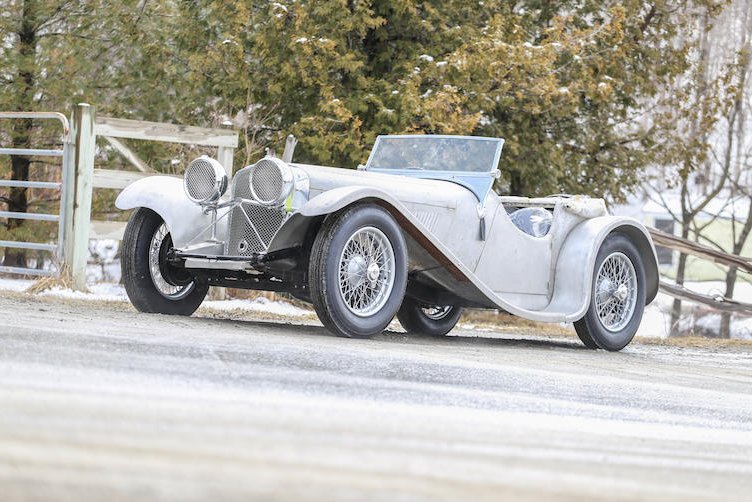 This SS90 has been fitted with the later 2663cc Overhead Valve engine and is one of only twenty four built, and one of only sixteen known to have survived. This car was the tenth built. It comes with boxes of parts found in the garage where it was being restored.

For full details of this SS90 click here to visit the auction page. 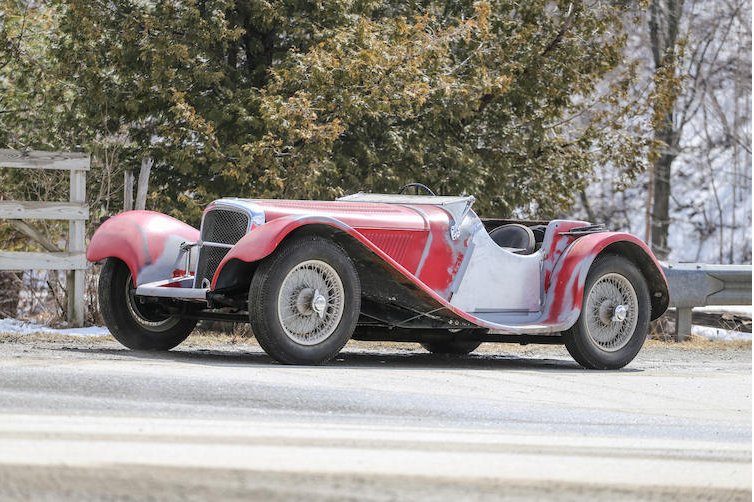 The SS100 being offered at auction.

The 1938 SS100 has the 3½ liter (3485cc) engine is a car that, once restored, will be capable of 100mph. When new it featured the pretty Gunmetal Grey with red leather interior that is so attractive on these cars. This car has had the wooden frame renovated and has been partially re-assembled so it is reasonably close to being able to be completed. As with the SS90 the boxes of parts that were found with the car are included in the sale.

To see the Bonhams auction page for this car click here. 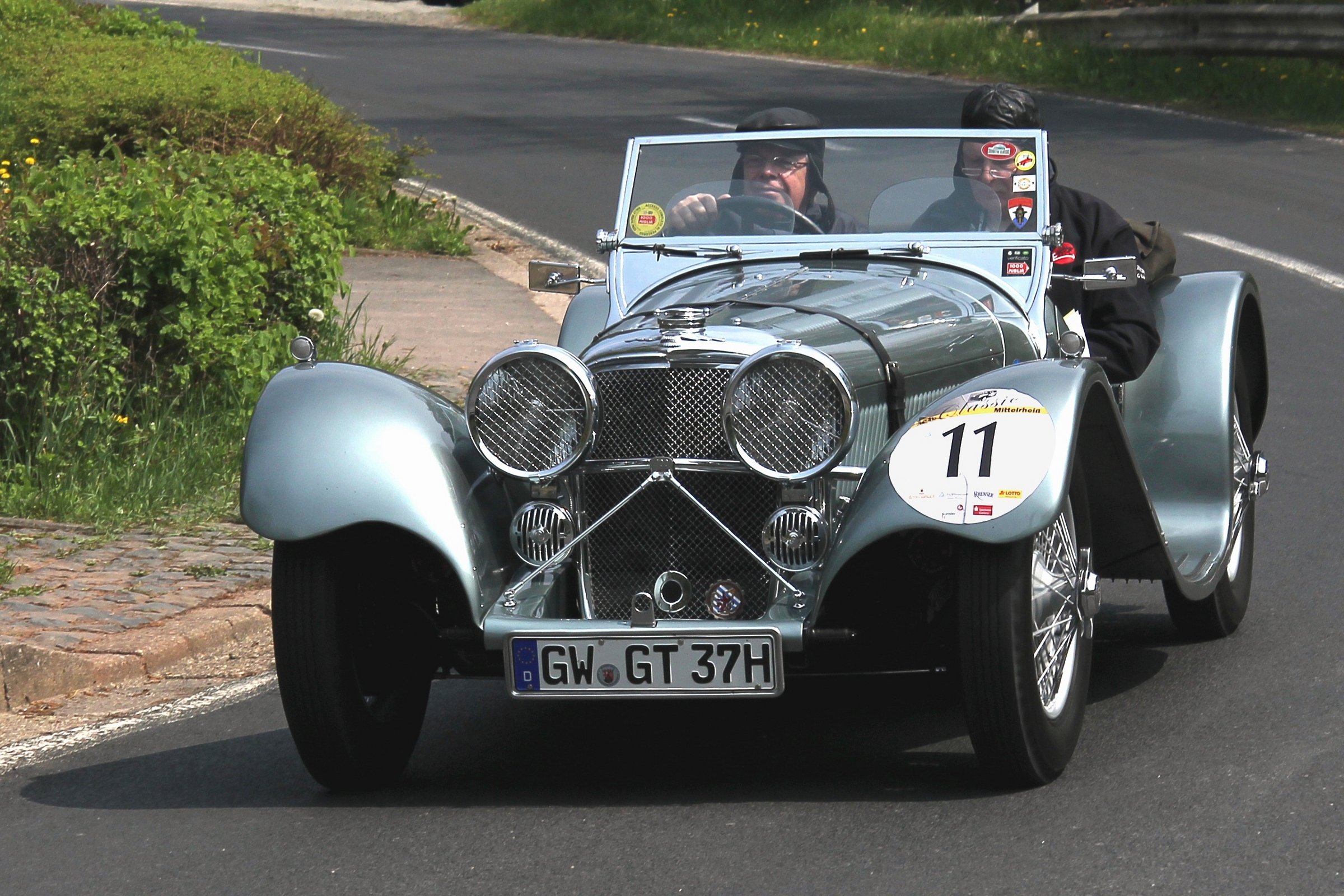 An example of a fully restored SS100. An idea of what the completed restoration project could look like. (Picture courtesy of Wikipedia).