When I was living in Indonesia back in the mid seventies I learned to speak the language and was somewhat bemused to discover that the Indonesian word for camera was “kodak” after the most well known brand of camera at the time. I wondered at the time why people would choose a brand name for a generic item? In the digital age however the English language has also become infected with brand names to describe a generic computer program. Thus we talk about a teacher giving a “Power Point” when they use a computer slide show, or we can be derogatory and refer to “Power Pointlessness”, and when someone edits a picture we say the picture has been “Photoshopped” regardless of the computer program that was used to edit it. Adobe’s “Photoshop” is by no means the only picture editing program out there and, although it has a near religious following of devotees who seem to believe it is the greatest and best, even the only worthwhile graphics editing program in existence, I think they are simply willing victims of clever marketing, much like those who flock to the Apple Store the minute a new product is released.

What is “Free” Software?

There are two groups of people out there creating computer software; those who are doing it for purely commercial reasons so they can make as much money as possible, and those who are doing it to create something that really works and achieves the functionality that they need, and they do it without looking for money. “Without looking for money”, you may be wondering if you just read that right, you did.

There is a whole Internet based community of computer programmers who create “free” “open source” software; and when we say “free” we mean “free” as in the word “freedom” not “free” as in “free lunch”. They have a philosophical mindset that believes that computer software should be “free” in exactly the same way math is free. You don’t need to pay someone a license fee every time you use a math formula, these software authors believe computer programming code should be no different.

The GIMP; the free computer program that does the same job as Adobe Photoshop 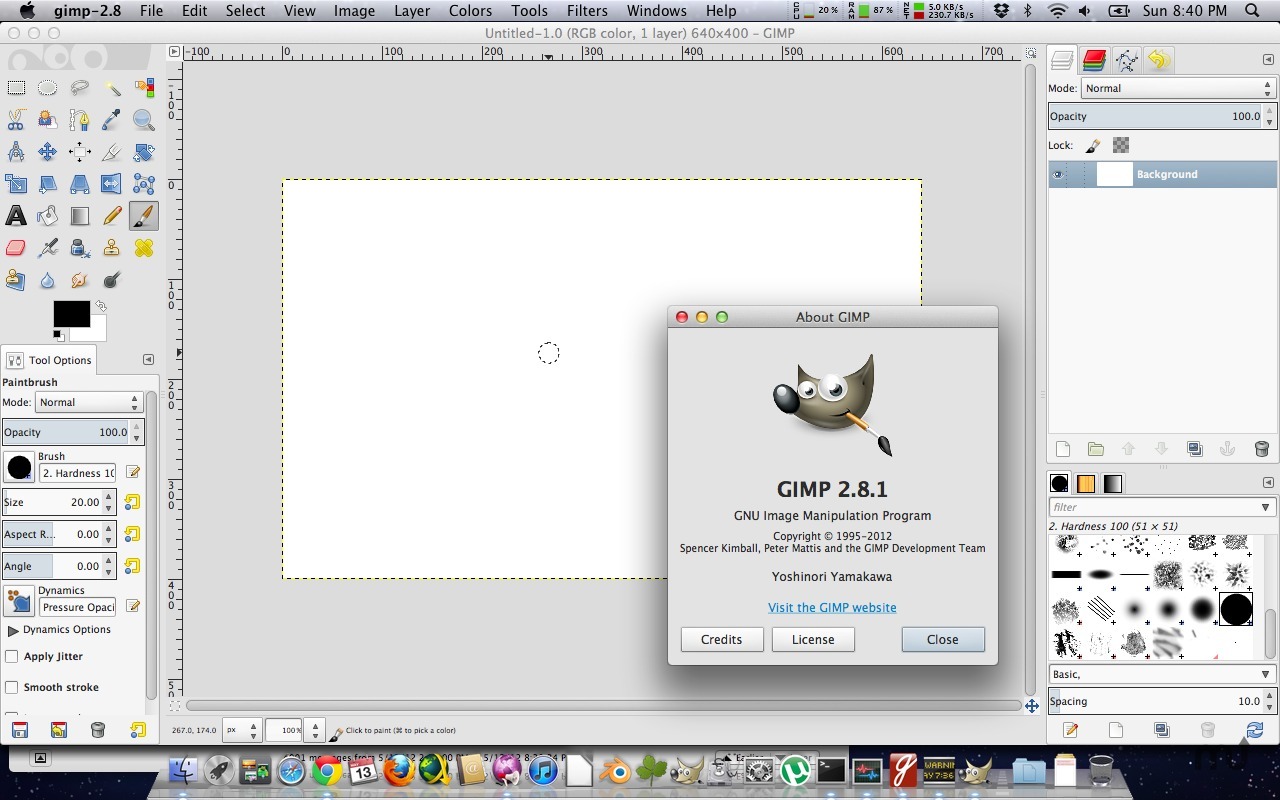 GIMP running on Mac OS X. GIMP is multi-platform so it can be run on Mac OS X, Windows, Linux and BSD. (picture courtesy of macupdate.com)

Amongst the free software alternatives to commercial products is the free graphics editing program called the GIMP (Graphical Image Manipulation Program). GIMP is multi-platform, that means you can get versions that run on Windows, Mac OS X, Linux and BSD (the “Unix” that Mac OS X is based on).

If you would like to download GIMP  to try on your Windows or Mac computer click here to go to the GIMP download page. This is the full program, there are no “trial” or restricted versions – its free!

Learning how to use the GIMP

As with any computer program you can’t expect to just know how to use it by some sort of magic. Its like learning to drive a car or how to use a Colt 1911, you have to learn how to do it. With the GIMP it is really intuitive. I’ve taught kindergarten and grade one age children to use it in simple ways, so there is no rocket science involved, yet the program will, in my experience, do anything you might expect Adobe Photoshop to do. The wonderful part about this is, because this is a popular and free program, there are lots of on-line tutorials including a great many video tutorials on YouTube from which you can learn what you want to know.

If you open your favourite search engine, be it Google, Yahoo, DuckDuckGo, or on YouTube, and search for “gimp tutorial” you’ll find pretty much anything you might be expected to need.

Here are some links to get you started:-

For “Learn GIMP: From Greenhorn to Guru in 19 Lessons” click here

This is just a basic list to get you started.

The program you are going to want to use is going to be the program you are most familiar with. For someone who is familiar with Adobe Photoshop making the transition to GIMP will initially feel a bit awkward until they use it enough to become comfortable. But the reverse is also true; I can use Photoshop and have taught it, but I’m most familiar with GIMP and so, faced with a choice for any graphics task, especially if there’s a deadline, I’ll choose GIMP every time. It has become an old friend that just works.