Have you ever wondered what sort of high performance car you could buy with US$85,000.00 burning a hole in your pocket? Truth is there are a lot of both new and used car options around that price bracket and there is no doubt you could obtain something that will be amazing fun to drive and that will likely turn a few heads in the process. You might compare acceleration rates, top speeds, and how much G force can be obtained in cornering. But what happens when you take your new high performance “toy” onto the road? There’s the speed limits and the speed cameras, the traffic, and of course the never ending fun trying to find parking. I tend to think that driving on public roads is rather like playing Pac Man in a ton and a half of steel. It’s sort of like chess, and your opportunities to actually experience the top speed of your new performance car are going to be non-existant in most parts of the world. Attempting to find out the performance limits of your Ferrari, MacLaren, Lamborghini or whatever else you’ve managed to buy will end up with you having a less than friendly conversation with a police officer who is not impressed with your “boys just want to have fun” or “girls just want to have fun” behavior.

Is there any hope? Is there any place any where that you can indulge your deepest desires for speed and G-forces? There is the race track if you can get access – or – there is the sky. When we say “the sky’s the limit”, for US$85,000.00 you can go faster than a speeding Ferrari, own something more powerful than a MacLaren P1, and regularly drive it at it’s speed and G-force limits without having to worry about seeing blue lights in your rear view mirror. For US$85,000.00 you can own a fighter jet, and not just any fighter jet (as if that weren’t enough) you can own a piece of history, you could own a 1955 MiG 15 of Korean War fame. It even comes with a spare engine. 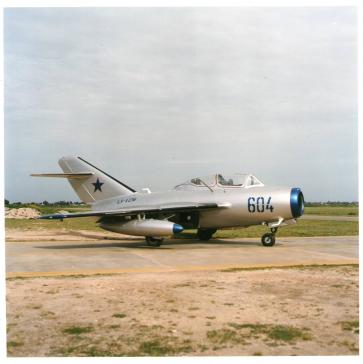 The MiG 15UTi offered by GlobalPlaneSearch.com

You will fine the sale page here.

The story of the MiG 15 is a colourful tale that involves the terror of living and working in Josef Stalin’s version of a communist utopia made much nicer for an aircraft engineer because of the result of a friendly game of billiards.

At the end of World War II the Soviet Union had entered into an arms race with the United States and Britain. Both sides had “The Bomb” and both sides wanted to make sure they had the superiority in the air to keep the other at bay. The Russians had captured quite an inventory of Nazi German technology including the first “assault rifle”, the Sturmgewehr 43 and 44 which formed the basis for Colonel Kalashnikov’s iconic AK47, and the Nazi jet fighter, the Me 262. 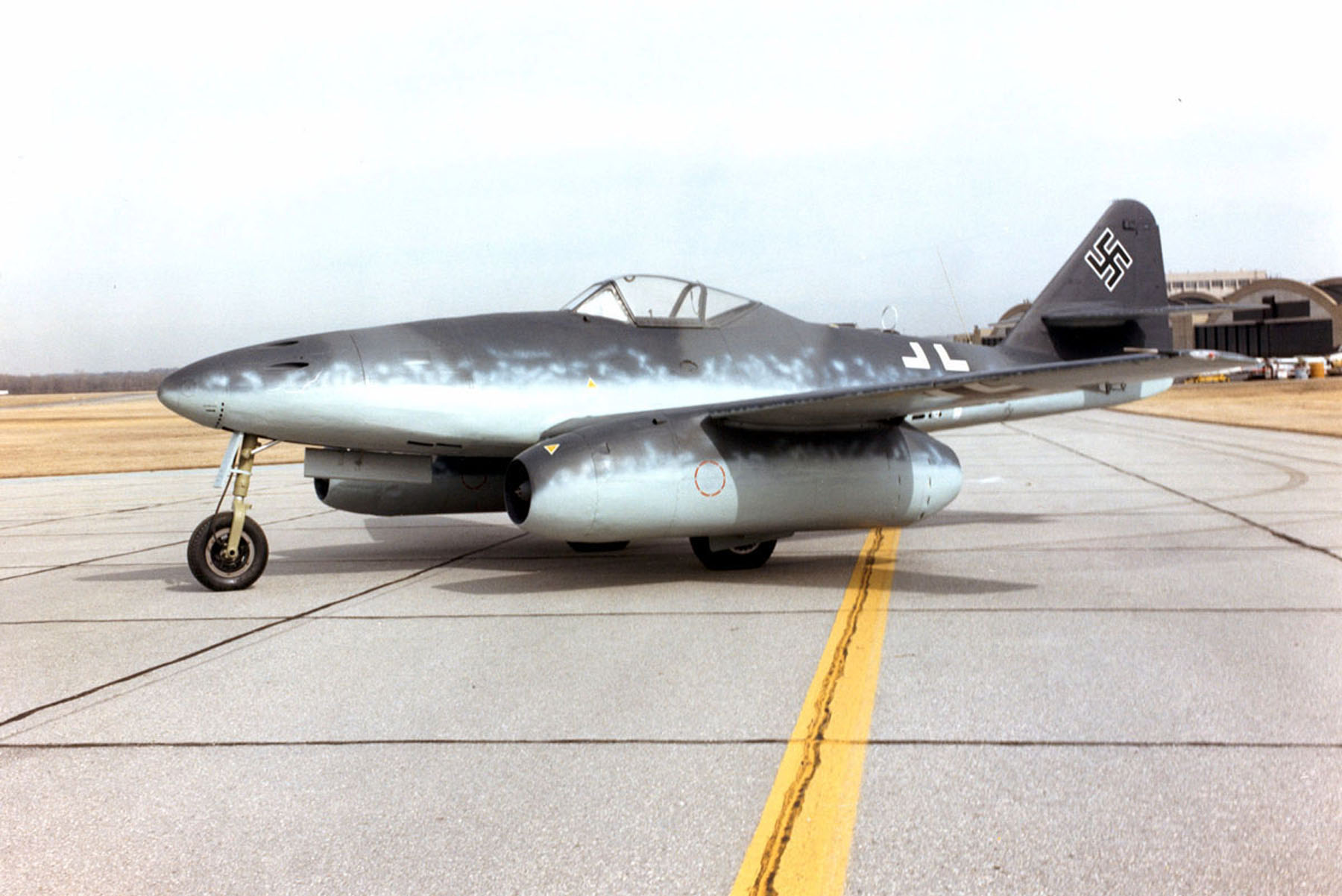 The Me 262, the Nazi jet fighter that appeared too late in the war to save the Nazis, but which gave the Soviet Union it’s start in building a jet fighter.

The history of how the MiG 15 was born from the Me 262 is a tale that would have James Bond weeping into his vodka martini and leave him both shaken and stirred. The Russian engineers began work on a jet fighter design but could not get enough power from the Nazi German engines they had captured and copied. They wanted what the crusty old British at Rolls Royce had managed to create with their Nene engine. It seemed inconceivable to the Russians that the British would let them find out how they made the Nene engine so good but they sent a delegation that included Artem Mikoyan and engineer Vladimir Klimov to Britain to visit the Rolls Royce factory. The Russians were delighted when they were given full access and allowed to see the sorts of things they really wanted to see, but to their amazement and delight things were going to get even better. At the end of their visit to Rolls Royce one of the senior management took the two Russians for a gentlemanly game of billiards. The Russians proposed a bet, that if they won then Rolls Royce would sell them some of their engines. To their surprise their host agreed and, perhaps to deepen their surprise they won. The Labour government of Clement Attlee agreed to the sale and Rolls Royce Nene engines winged their way to the Soviet Union to be promptly copied and then form the basis of the new MiG 15 jet fighter. You’ll find a YouTube video segment here on this story.

The MiG 15 went on to prove itself in combat especially in the skies over Korea during the Korean War where it effectively brought the American bombing of North Korean targets to an end until the US was able to field F86 Sabre fighters against them. Even so the Sabre and the MiG were closely matched. The high kill rate of Sabre’s over MiG’s can largely be put down to the Sabre’s being flown by combat veteran pilots whereas the Chinese and North Korean pilots were inexperienced. Where MiG’s were flown by experienced Soviet pilots the two were quite evenly matched.

The MiG that is for sale is a two seater trainer and it is unarmed, but it is an utterly fabulous aircraft. If you have seen the movie “Out of Africa” you will remember the scene where Karen Blixen is taken by her friend Denis for a flight over the African velt in his biplane. Then imagine that you and your friend could be flying over the Rockies in something even more wildly exciting than a biplane, a MiG 15. What Porsche or BMW can compare with that? 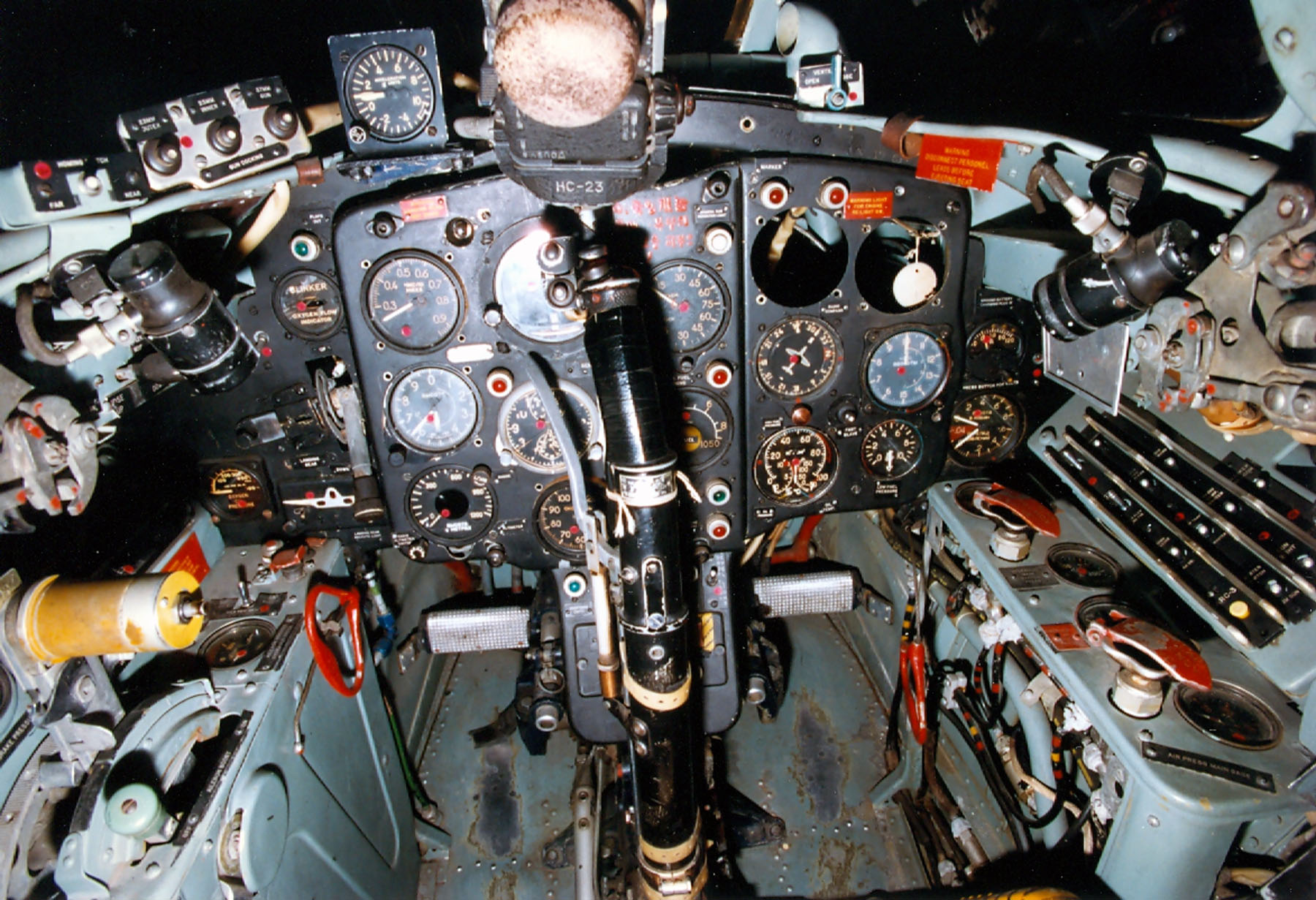 You could be sitting right here in the “driver’s seat”.